Bruce on the Boundary – Looking forward to a Blast

Compared to recent years, these are relatively straitened times at the County Ground and no bigger illustration of that came last week when the club confirmed the identity of their second overseas player for the Vitality T20 Blast next month.

Tom Bruce is 26 and has played 14 T20 internationals for New Zealand but I can’t have been the only Sussex follower whose reaction to the announcement was to click on to the nearest search engine.

That is not meant as a slight on Bruce but a reflection on how times have changed at Hove. Not so long ago, Sussex were regularly in the market for the marquee names when T20 came around.

That, though, was during an era when they were serial trophy winners and the coffers got regularly topped up with pots of prize money. It enabled them to speculate to accumulate and compete with the bigger counties.

Bruce is the fourth Kiwi to sign up for T20 duty for Sussex after Brendon McCullum, Scott Styris and Ross Taylor.

With all due respect to Bruce, his predecessors all had much more of a profile in the world game. Not that it guarantees a return for your money. 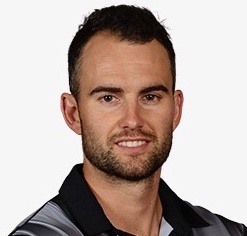 When counties recruit for T20 they are looking for players who can win them two or three games through individual brilliance. Taylor, saddled with the added responsibility of captaincy last season, never got close to achieving that.

There are advantages to recruiting under the radar. Few English bowling attacks with have encountered Bruce before so he will have the element of surprise.

I never saw the point of bringing in a player for a handful of games, which had been the case in the past, no matter how much stardust they sprinkled.

Head coach Jason Gillespie is of the same mind. He said last week that one of the main reasons they went for Bruce, who made 172 against Sussex for Surrey seconds in a one-day match last month, was his availability for the whole 14-game tournament and the knockout stages, should Sussex qualify.

With Stiaan van Zyl out with a knee injury – Gillespie still can’t say for how long – Bruce will play a vital role in the Blast.

Even before a ball was bowled, the competition looked like Sussex’s best chance of success this summer and while he might be a relative unknown their other overseas player Rashid Khan, Afghanistan’s brilliant 19-year-old leg-spinner, looks a superstar in the making.

After his sensational performances in the Indian Premier League you can bet that he would have cost a lot more to hire now than when Sussex signed him up in early February.

All that is to come. Sussex have just six days of competitive cricket in June and four of them start next Wednesday (20 June) at Arundel Castle against Durham in the Specsavers County Championship.

Sussex will fancy their chances of getting the win they need to stay in touch with the second division pace-setters but they may need to be patient on a pitch which tends to produce attritional cricket.