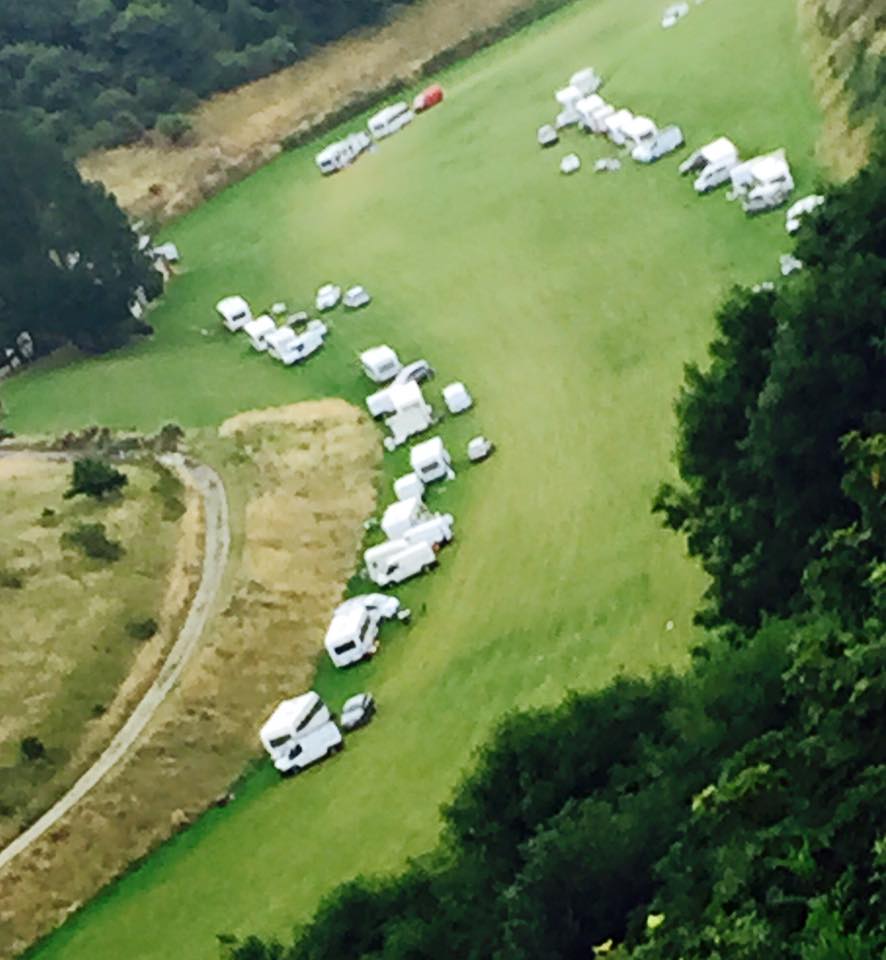 Travellers in Wild Park in August 2015 – one of the many camps in the city’s open spaces before PSPO orders came into force.

The claim was denied when the committee met at Hove Town Hall this afternoon (Monday 2 July).

Mr Thomas, chief executive of Friends, Families and Travellers, wrote to the council saying PSPOs should not be used to target homeless people.

He went on to say that the Brighton and Hove Park and Open Spaces PSPO breached the new guidance and the Equalities Act in targeting travellers – a specific racial group.

His letter ended: “The recent council report on its operation makes clear that the PSPO is used only to target homeless people and travellers.

“What changes is the council proposing to make to its operation?”

In response, the committee’s chair Labour councillor Emma Daniel, said that PSPOs in the city were limited to 12 pieces of land.

She said: “They were brought in because some communities could not use public spaces for significant periods of time and due to anti-social behaviour.”

The policy was brought in after the authority worked with the Equalities and Human Rights Commission to help all sides.

She said that the policy did not come into effect until the council had opened its travellers transit site in Horsdean.

Mr Thomas said: “Since I came to live here I have been proud of the tolerance and inclusivity of Brighton and Hove.

“PSPOs have certainly been used for targeting travellers.

“As far as I have found out this is the only authority in the county to come up with one that is racially discriminatory.”

Councillor Daniel said that she disagreed with everything Mr Thomas had said and added that no PSPO notices have been issued since March.

Last month, the council was criticised by some for not using these powers to move on travellers who were camped on Hove Lawns for four days – one of the areas covered by PSPOs.