A scheme to build flats on the corner of a street in Brighton have been approved despite concerns about parking. 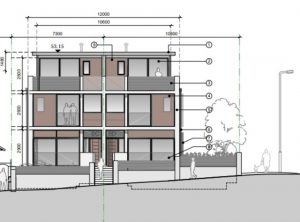 Planning permission was granted to demolish a two-storey house and build four flats in Cliff Approach by the corner of Cliff Road in East Brighton.

The new block would be four storeys high, including the basement, and would have a flat roof instead of a pitched roof. The overall height would be similar to the height of the current property.

Labour councillor Jackie O’Quinn spoke about the trouble that she had had trying to park in the area when visiting friends.

She said: “I have given up trying to park in this area and agreed to meet at the park.

“The parking here is extraordinarily difficult. It’s absolutely rammed and people park on the verge.

“It says here (in the report) it will not make a significant impact but it won’t because it’s already so terrible.”

Conservative councillor Joe Miller said that there were problems with bin lorries reaching people in the area because of drivers parking on verges.

Planning manager Nicola Hurley said that neighbours would need to take this up with Cityclean – and suggested that ask for yellow lines. 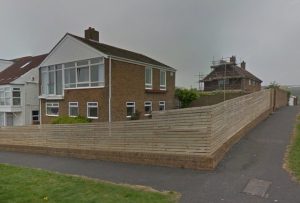 The corner of Cliff Approach and Cliff Road in Brighton

Councillor Linda Hyde, a Conservative, asked how the flats could not be causing serious parking problems in the area.

She said: “There is absolutely no space for additional parking.

“The fact there is no parking there already equals serious. I wonder how much more there needs to be.”

The plans were approved with Councillor Hyde and Councillor Carol Theobald, a fellow Conservative, voting against the scheme while Councillor O’Quinn abstained.