Hove’s Secret Garden locked up after ‘wild parties’ and vandalism 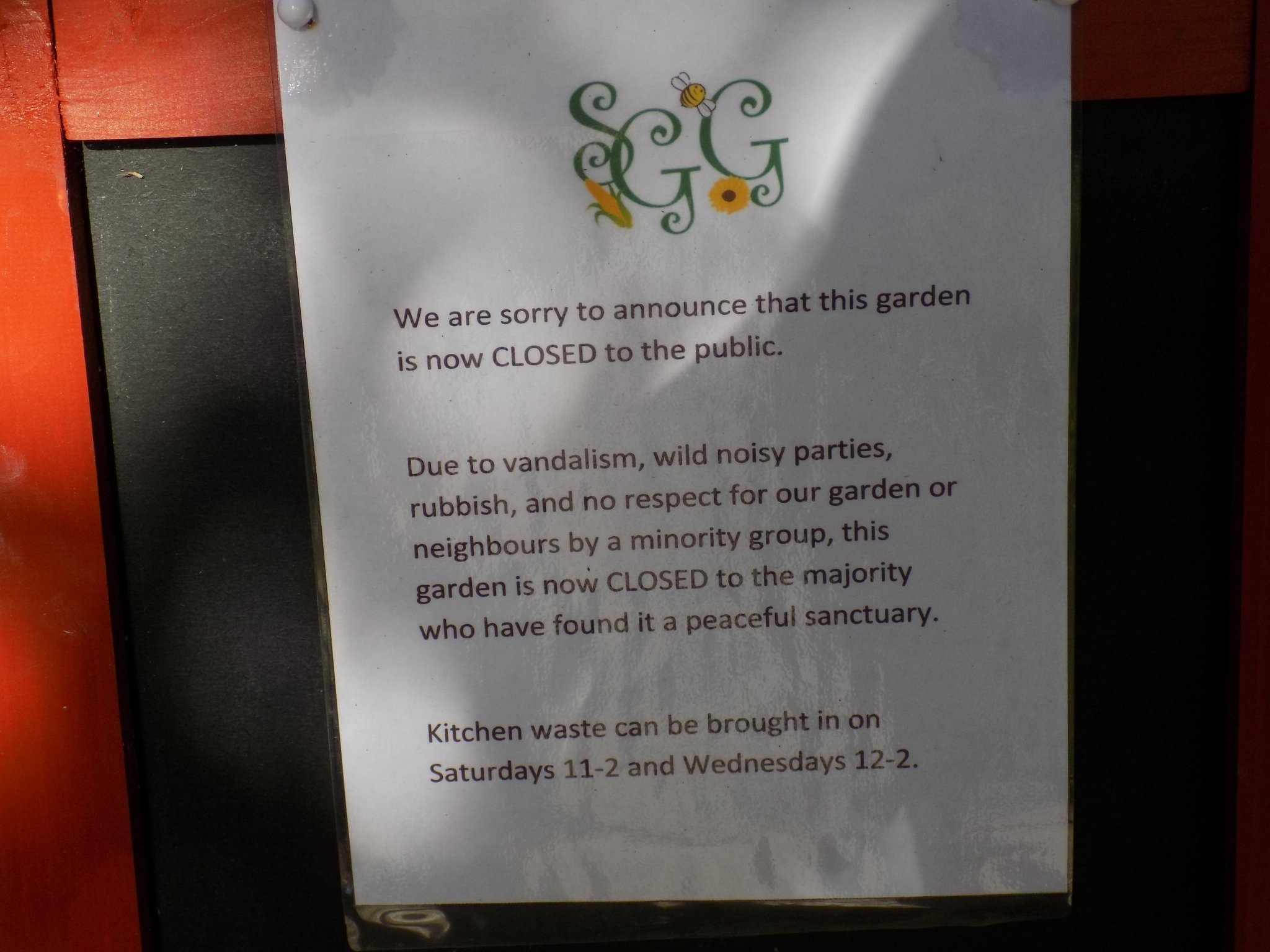 A tranquil garden which was used as a sanctuary has been closed after drunks and youths trashed it with wild parties and vandalism.

The Secret Garden behind St Leonard’s Church in New Church Road, Hove, was transformed four years ago from abandoned ground into allotments led by the hard work of resident Mike Sharman.

But this month, the gardens were locked following several months of increasing vandalism and late night noise.

The notice says: “We are sorry to announce that this garden is now closed to the public.

“Due to vandalism, wild noisy parties, rubbish, and no respect for our garden or neighbours by a minority group, this garden is now closed to the majority who have found it a peaceful sanctuary.

Ward councillor Robert Nemeth, who helped set up the garden, said: “The idea came from a local resident called Mike Sharman. We cleared a big patch of abandoned land from behind St Leonard’s and created a community allotment for the good of everyone living and working in the neighbourhood. Lots of people used it for fun and relaxation.

“About a year ago, problems started. Small groups of kids starting using the space, but not enough to crack down on everyone using it.

“But over the summer it got really bad and we had so many complaints and residents informing us that the garden was being misused that we had to start locking it, which is really sad.”

Before the garden was locked, chairs were removed to deter late night parties and fragile things put away as well as various other security measures – but this was not enough to stop the increasing problems.

It’s hoped the gardens can be opened once more. Cllr Nemeth added: “We hope that the winter breaks the habit and then hopefully the kids who were using it grow up and find a proper place to hang out.”