Shula Rich made rather a mess of the facts in her opinion piece on the independent tribunal to resolve the payment dispute between the council and leaseholders on the Bristol Estate.

The article continues the hail of misrepresentation, accusation and rumour around this case. It’s time to set the record straight.

Going to tribunal isn’t a decision we took lightly. The council was owed around £400,000 at that point and payment is now more than three years overdue.

It relates to the leaseholders’ share of costs for essential refurbishment work carried out on their blocks of flats in 2014. That came to around £28,000 each.

As with any property owner, leaseholders are required to contribute towards the upkeep of their building. We make that clear to anyone thinking of buying their council flat.

We do realise the expense can be difficult for people to fund so offer a number of payment options, including interest-free loans.

As with all the major work we need to do to our blocks, the leaseholders were fully consulted before the work began.

Most of the leaseholders in the Bristol Estate blocks have paid or made arrangements to pay the costs, but 12 disputed the service charge and have not paid their share.

We spent 18 months trying to reach agreement through our own procedures, including a dispute resolution process. When those processes proved unsuccessful, we decided the fairest option was to refer the dispute to the independent tribunal.

The approach to “reach a deal” on the first day of the tribunal came from the barrister acting for the group of leaseholders, not the council. This was the first time we were able to properly discuss settling the dispute and we welcomed the approach.

We were happy to agree a settlement which we felt was beneficial to both the public purse and the leaseholders involved. It meant the case could be dealt with quickly and kept the costs down. 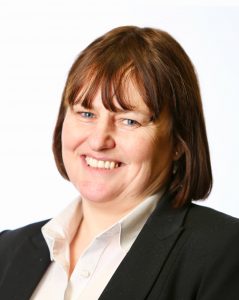 We don’t yet have the final legal costs for the case but they are likely to be around £90,000 to £100,000. It is a shame we were not able to have useful discussions before incurring these costs.

The leaseholders who didn’t attend were informed by both the tribunal and by us. As a legal requirement of the process, it’s a surprising claim that no one was aware of this.

We will be happy to publish the decision of the tribunal when it arrives and all other leaseholders in the block will benefit from any reduction decided by the tribunal. We hope that will bring an end to the matter.

Larissa Reed is the executive director of neighbourhoods, communities and housing at Brighton and Hove City Council.