Don’t ‘Dilly-Dally’ on the way to the Hope & Ruin 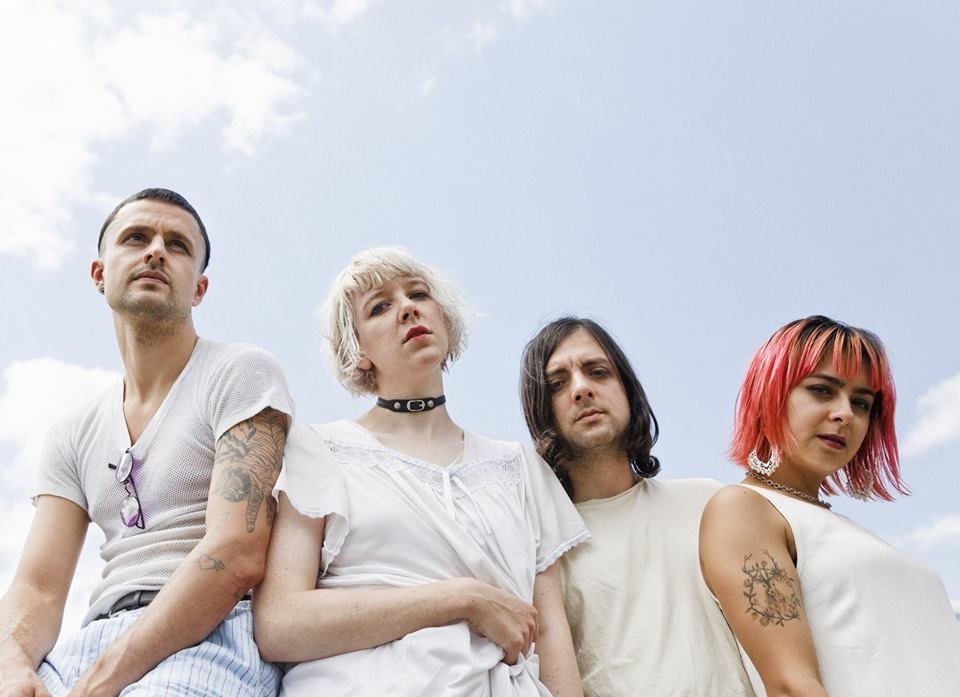 Canadian alt-rockers Dilly Dally will be on their way to Brighton’s Hope & Ruin on 31st January 2019.

Signed to Partisan Records (IDLES/Fontaines D.C.), the Toronto-based band fronted by the striking Katie Monks will be touring with ‘Heaven’, their “thrilling second album” (pitchfork) across a short run of UK shows in the new year. 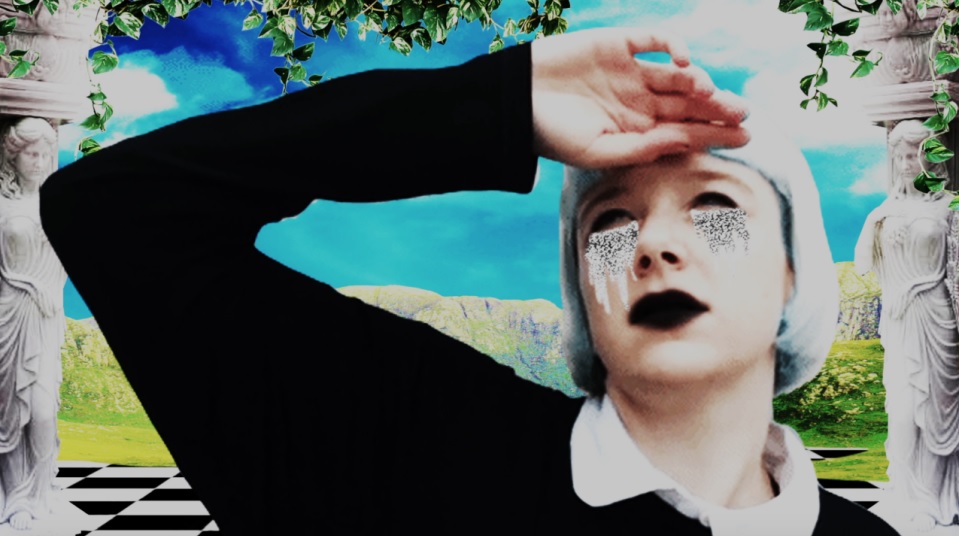 Still from their new video

Dilly Dally have a new animated music video for ‘Marijuana‘ – a highlight from the ‘Heaven’ album – directed by Andrew Knives. It’s a subject matter particularly close to the band’s heart, and especially relevant following the recent legalisation of cannabis in Canada. Singer/guitarist Katie Monks says:

“We’ve been inhaling so much fear and hate from our televisions, our leaders, social media…I don’t know about you, but the anxiety and eventual depression became overbearing”.

“The only way I could keep functioning, and get through writing this record, was with some assistance from weed. Basically, if I didn’t write anything good by sun down – I would smoke sativa for good measure. It would clear my creative pathways, help me forget about the expectations of others, and almost hide away in my own protective energy field”.

“Legalisation in Canada is one tiny step toward an uphill battle of reconciliation with all of our citizens – primarily people of colour – who for decades have been arrested unfairly for dealing, possession, etc. There are still many laws prohibiting how we’re able to access, consume, and sell cannabis”.

“So while we still have a long way to go – I’m happy to contribute a song that may perhaps help shed off the stigma that weed is anything other than a sacred tool that many cultures cherish. It needs to be respected.” 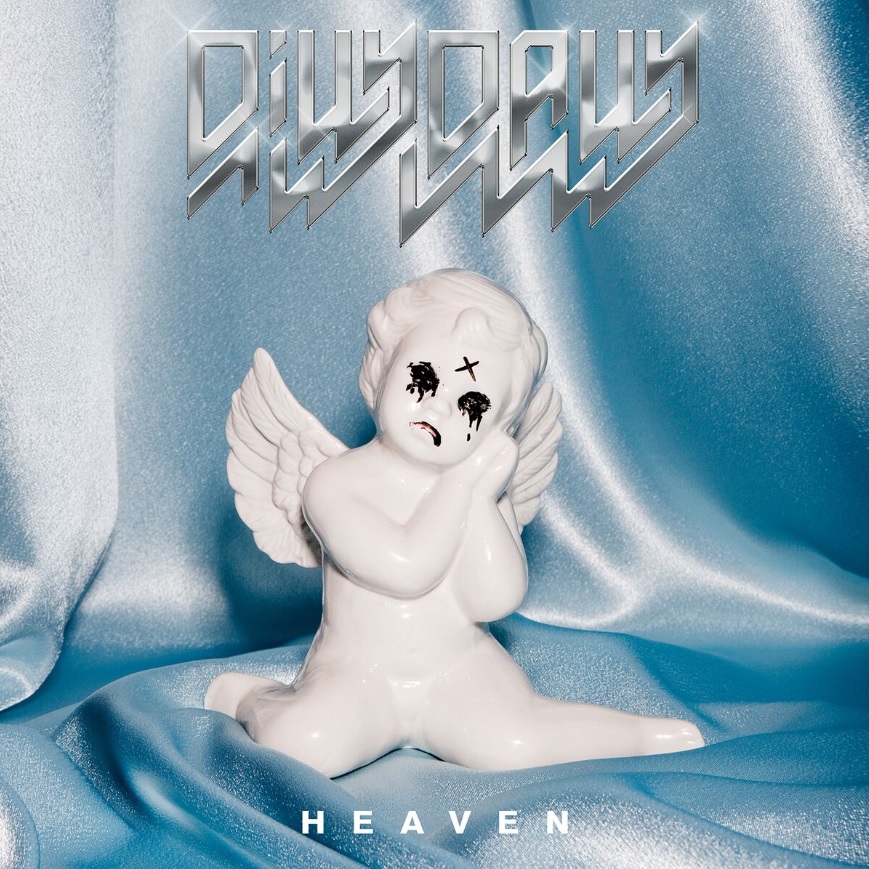 Since its release in September, ‘Heaven’ has gone down to glowing reviews from numerous publications. Pitchfork call it “a thrilling second album,” that “subtly chips back at the ways music is exploited by capitalism,” praising Monks’ singular voice as “jagged, on fire, intoxicating.” NME lauded its “nine brilliant, woozy grunge-influenced punk tracks” as transcendent and empowering, while DIY noted how the band has emerged “defiant and reborn” and Q drew attention to the album being “floodlit by stadium-sized drums and vast, airborne melodies.” 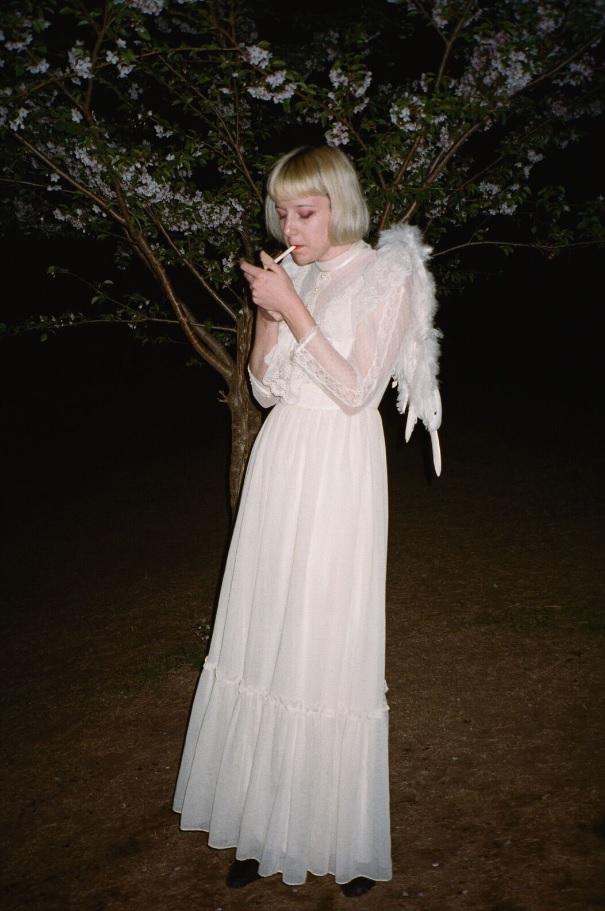 “This feels like the album we’d make if the band died and went to heaven,” says Monks about the album. In a sense, that’s precisely what happened. ‘Heaven’ rose from the ashes after the four-piece almost decided to call it quits following the rigorous cycle around their much-loved debut, ‘Sore’. Instead, they’ve returned with a fierce, fiery ode to optimism, a distortion-soaked battle cry for hope and beauty in a world of darkness and doubt.

Be sure not to miss the band when they roll in town on 31st January, so Don’t Dilly-Dally on the way, but grab your tickets HERE.

More on the band HERE. 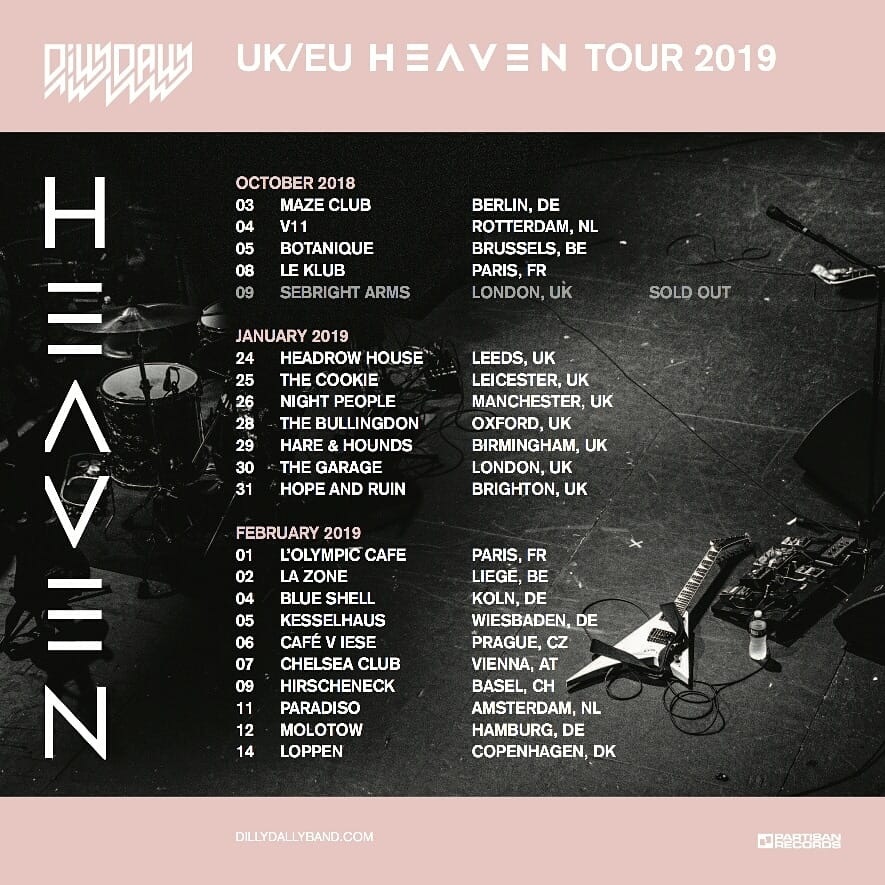