A Brighton man has been jailed for raping a woman while high on a mix of drink and drugs. 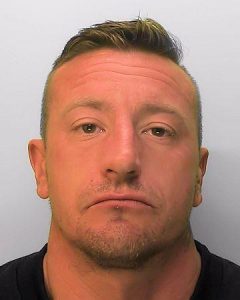 Joseph Warren, also known as Joe Warren, was jailed after being convicted of four counts of rape at Hove Crown Court.

Warren, 37, formerly of St James’s Avenue, Brighton, climbed into the home of a woman in the Broadwater area of Worthing, through a first floor window, before attacking her.

On the date in question, Sunday 23 April last year, Warren was accused of raping the woman – “previously known to him” – twice in her home.

He had been drinking alcohol and was high on cocaine and crack cocaine, the court was told.

Sussex Police said today (Friday 7 December): “This same woman disclosed to police that Warren had also raped her in 2004 when she had been living in Brighton.”

The force also said: “At the time of the offence, Warren was out on licence having served time in prison for raping a different woman, to which he had pleaded guilty.”

He was convicted after a six-day trial and jailed by Judge Rupert Lowe at Hove a week ago.

The judge handed Warren a 17-year sentence and said that he would serve at least eight and a half years in prison.

When he is released, he will be on licence for life.

The judge also imposed a restraining order forbidding Warren to contact the victim.

“This continued as he refused to accept what he had done and the victim had to relive the incident by giving evidence in court.

“She has been extremely brave throughout the investigation and is determined to see justice done.

“I have no doubt that in supporting prosecution she has prevented serious harm coming to anyone else.

“If you have been the victim of such offences or know of someone who has, you can read our advice or contact us at any time by calling 101 and arrange to talk in confidence to experienced investigators.”