We never forgot Babes in the Wood or gave up on catching their killer, say police

Sussex Police never forgot or gave up on this case, said the man in charge of seeking justice for Nicola Fellows and Karen Hadaway.

Superintendent Jeff Riley said after the verdict that it was a moment to remember the two murdered Brighton schoolgirls.

Sussex Police said: “The most high-profile and long-running complex murder cold case murder in the history of Sussex Police has finally been solved after Russell Bishop was found guilty of killing two young girls Karen Hadaway and Nicola Fellows in Wild Park Moulsecoomb – 32 years ago.”

Bishop, 52, was convicted of their murders this afternoon (Monday 10 December) after a nine-week trial at the Central Criminal Court – better known as the Old Bailey – in London.

Sussex Police said: “This case still impacts on the community of Brighton, as well as, most importantly the families of the two girls, to this day.

“Sussex Police have never forgotten or given up on the case, which over the years has been the subject of continual reviews and forensic developments.”

Superintendent Riley credited the officers who handled the original investigation for enabling his team finally to bring Bishop to justice.

It started on the evening of Thursday 9 October 1986 when nine-year-old friends Karen and Nicola were reported missing from their homes in Newick Road, Moulsecoomb.

Following a 999 call, made by Karen’s mum Michelle, an intensive search started led by police and supported by local volunteers.

Sussex Police said: “Tragically their bodies were found in undergrowth on a steep embankment in nearby Wild Park just after 4pm the following day.

“Both girls had been sexually assaulted and strangled.

“Russell Bishop, then aged 20, who lived locally and knew the girls’ families, was arrested on suspicion of their murders on Friday 31 October and charged on Wednesday 3 December 1986.

“A year later however he was acquitted of both murders after a jury found him not guilty. 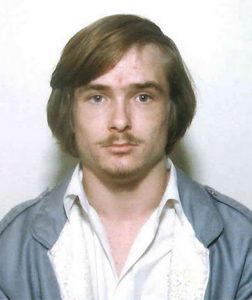 “Bishop was later arrested in February 1990 after a seven-year-old girl was abducted from near her home, sexually assaulted, strangled and left for dead at the Devil’s Dyke on the South Downs.

“On 13 December 1990 he was convicted of kidnapping, indecent assault and attempted murder and sentenced to a term of life imprisonment.

“In April 2005 the double jeopardy provisions of the Criminal Justice Act 2003 took effect, which made it possible to prosecute a previously acquitted person for a second time in cases where new, evidence had since been obtained.

“No second prosecution could ever be commenced without express authority from the Court of Appeal.

“Also during the course of 2005 and 2006 a case review made some headway when DNA profiling techniques were employed, albeit with limited success.

“At that point in time it was, however, recognised that there was insufficient new evidence to satisfy the tests of the new double jeopardy legislation.

“Of critical importance was the fact that the legislation only allows for one application to be made to the Court of Appeal and if it were to fail the evidential test, no future application could ever be made. In spite of the setback, the force had not given up the case.

“In 2012 another internal police review was carried out and by the summer officers met with forensic providers LGC Forensics, now known as Eurofins, who have a team of experts specialising in the forensic development of ‘cold cases’.

“In May 2013 senior forensic adviser Roy Green reported finding DNA potentially linking Russell Bishop to a blue ‘Pinto’ sweatshirt which had been found discarded some distance from Wild Park. This sweatshirt had previously been linked to the murders through fibre transfer examinations conducted by forensic scientists in 1986.

“By November of that year, the case had been officially reopened and a dedicated team of detectives and staff had been formed to reinvestigate. Over the course of the next three years the investigation focused on developing a strong scientific case which demanded an enormous amount of painstaking analytical and scientific work.

“The efforts of the investigation were rewarded in 2016 when the Director of Public Prosecutions, satisfied with the extent and reliability of the new evidence gave authority to re-interview Russell Bishop under the terms of the 2003 legislation.

“On 10 May that year Russell Bishop was brought from Her Majesty’s Prison to Durham City police station where he was arrested and interviewed by officers from Sussex Police.”

Detective Superintendent Jeff Riley, who led the reinvestigation, said: “As a category A prisoner Bishop would not have been told about where he was going.

“It was only when he arrived at the back of the police station and then was met by my officers that the realisation started to dawn on him that this had not gone away.

“He clearly wanted to go back to prison and did not want to be there.” 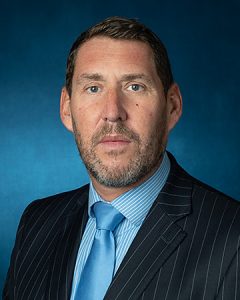 Sussex Police said: “When interviewed, Bishop denied touching the girls but later admitted in court that he did in fact touch them to check for a pulse.

“Detectives continued to build the case against Bishop and during December 2017 the Court of Appeal made an order quashing the 1987 acquittals and directing that Russell Bishop should be tried before a jury trial for a second time.

“During the early part of this year the date of Monday 15 October 2018 was set for commencement of the retrial of Bishop at the Central Criminal Court (the Old Bailey).

“At the trial, the Prosecutor Brian Altman QC, said that there was a wealth of evidence to show that Russell Bishop, to the exclusion of anyone else in the world, was guilty of the murders of the little girls – 32 years ago.

“There was evidence of a physical connection between him and the girls linked by the Pinto sweatshirt he had worn, the transfer of fibres, paint comparisons and the compelling one-in-a-billion DNA match to Bishop.

“Also the similarities between the murders and the crime of attempted murder of a seven-year-old that Bishop had been convicted of three years later.

“Bishop was seen in the area local to Wild Park on the evening of the killings and later described details about the murder scene which only the killer could have known.

“Bishop denied the murders claiming that police had bullied him into making a false account at the time. His defence team also cast suspicion on Barrie Fellows, the father of Nicola, falsely claiming that he had watched his daughter being filmed in a pornographic video, giving rise to a motive for killing the girls.

“However, the jury after two hours and 45 minutes of deliberation found Bishop guilty of both murders.”

Bishop will be sentenced at the Old bailey tomorrow (Tuesday 11 December).