A pensioner has been jailed for sexually abusing a 13-year-old boy on a camping trip to Ditchling Beacon in the 1970s. 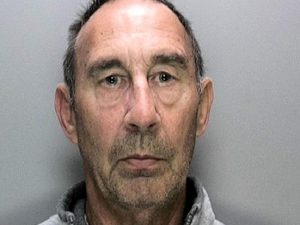 Barry Millard, 71, was in his late twenties when he indecently assaulted the boy, having told him that he ran a mountaineering club.

The victim, now in his fifties, told no one what had happened to him in a tent on the Downs until he saw news reports of Millard being jailed last year for abusing another teenage boy.

At Hove Crown Court, Millard admitted indecently assaulting his victim, whose identity is protected by law.

Sussex Police said: “Barry Millard, who has already served a sentence for sex offences against a young boy in the 1970s, has now been sent to prison again for a similar offence against another boy during the same period.

“Millard, now 71, of Horsham Road, Crawley, was given a 22-month sentence at Hove Crown Court on (Monday) 26 November after admitting indecently assaulting a then 13-year-old boy during a camping trip to Ditchling Beacon in 1974.

“The boy went alone on the trip with Millard who said he ran the ‘Crawley Mountaineering Club’ of which no independent record has ever been found.

“The offending happened when they stayed overnight in a tent.

“The victim said nothing to anyone about this distressing experience for more than 40 years.

“But when he saw press coverage of Millard’s February 2017 three-year prison sentence for indecent assaults on another boy in his late teens in Crawley between 1977 and 1979, he felt encouraged to come forward and seek justice

“Millard is already a registered sex offender for life and the subject of a Sexual Harm Prevention Order, severely restricting his access to young boys until further notice. And those requirements stay in place after his latest sentence.”

Police investigator Lucy Hailes said: “We will always follow up and investigate reports of this nature, no matter how long ago the events are said to have happened.

“If you have been the victim of any kind of sexual abuse do not suffer in silence. You can contact us on 101@sussex.pnn.police.uk or call 101 and arrange to talk in confidence to experienced investigators. We can also arrange access to further sources of support and advice.”

Nellie Limelight and the Oysters of Time