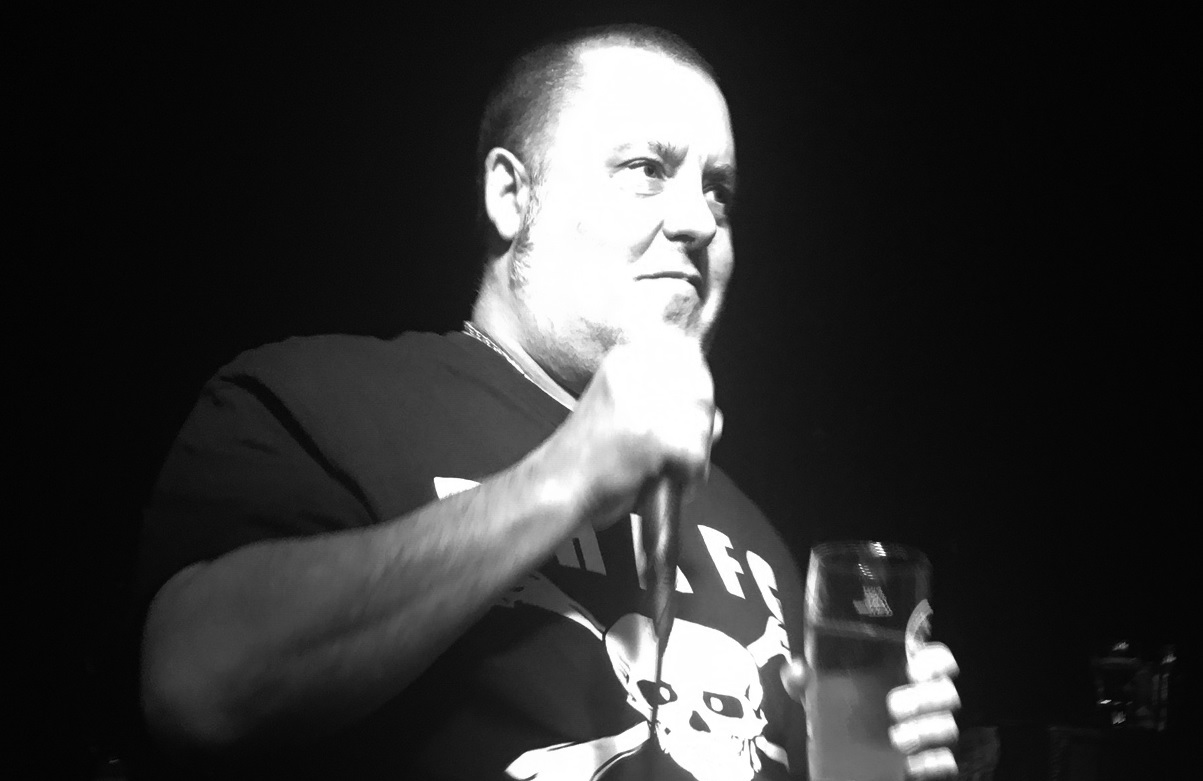 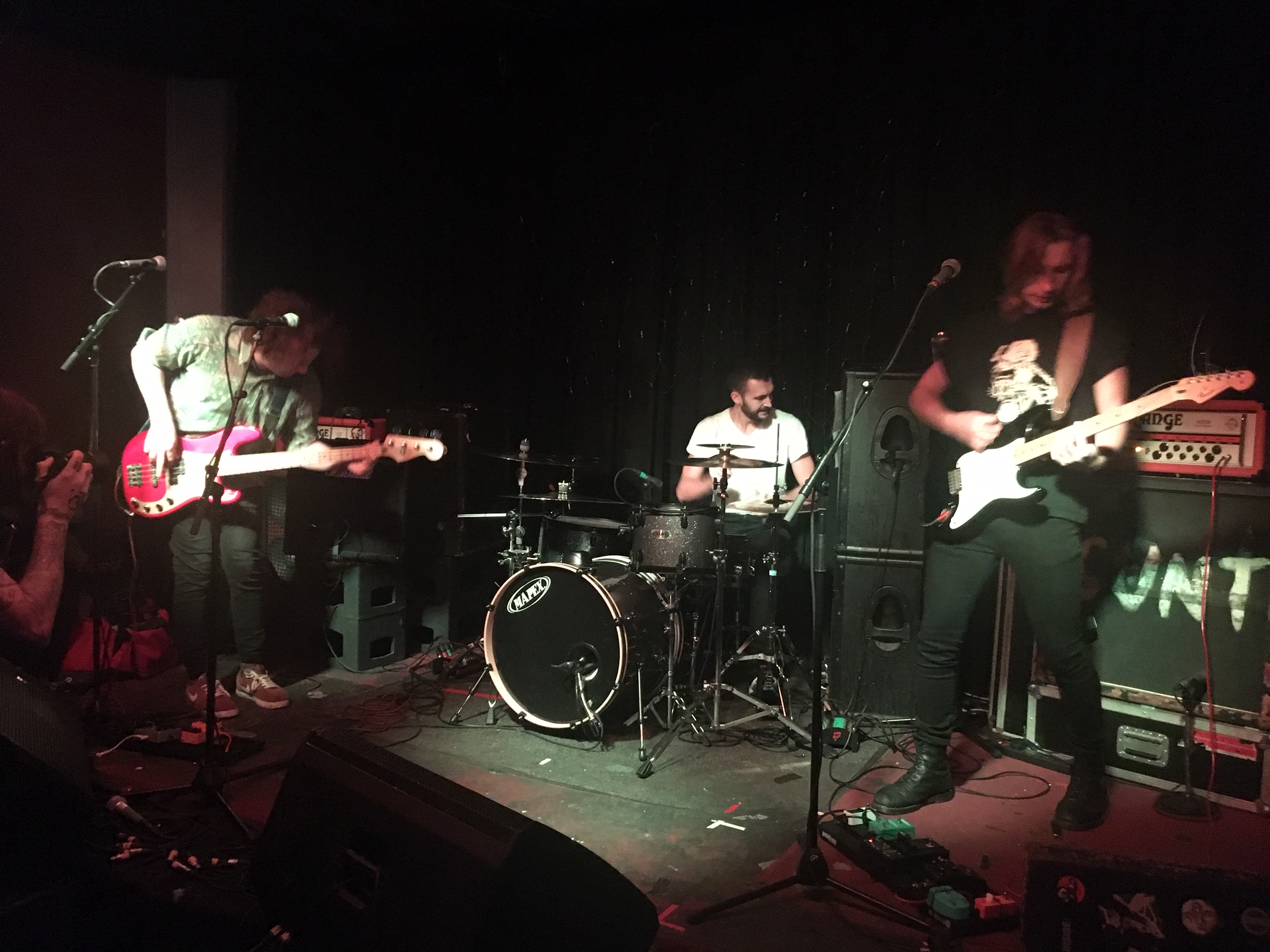 First band up tonight are local lads HESH. The band reliably inform me that HESH is skater slang for ‘I don’t give a F***’.

Playing Psychedelic garage punk, the band had the crowd on their side from the first number. The songs are well written and well put together, definitely not the usual 1, 2, 3, 4….. bang crash! No, these guys write searing punk tunes with plenty of highlights and shadows. Lewis has a voice that could wake the dead, but on some songs you’ll find Ben harmonising…. A good mix!
Rumour has it that there may be an official release sometime in the New Year. Watch this space….. 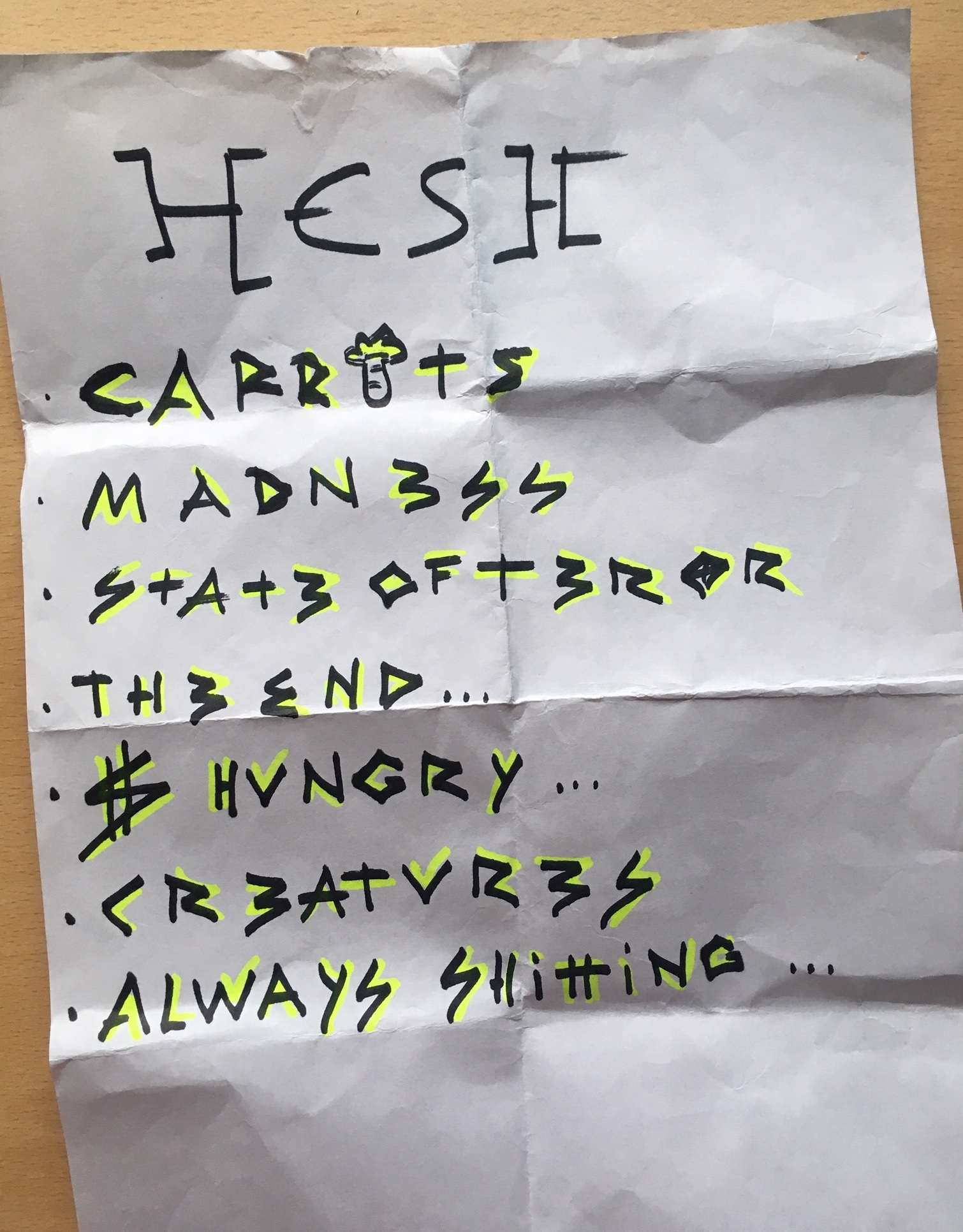 Question: What do you call 5 girls in a punk band? 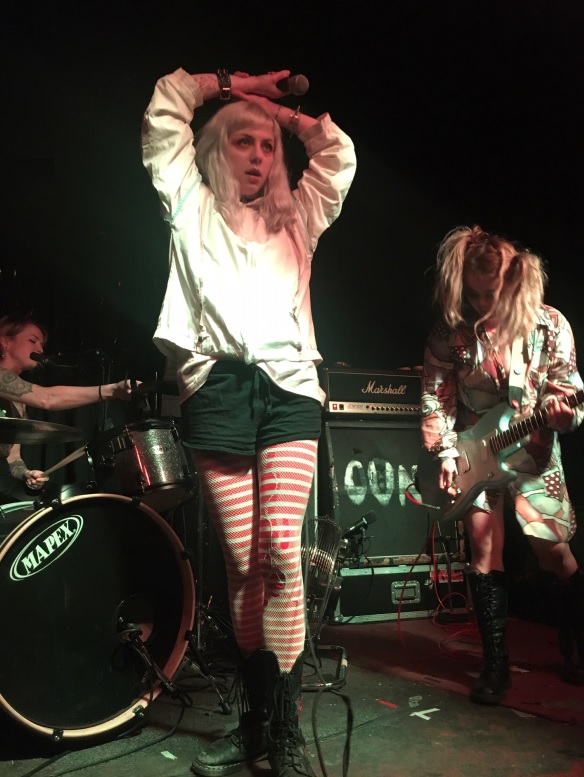 Another Brighton band, the fabulous Pussyliquor, take to the stage and play a whirlwind of a set!
The energy of this band is incredible with no letup from start to finish. What makes Ari a great front woman, I think, is that when she speaks to the crowd, she occasionally puts on a sort of timid, quiet voice. Then the song begins and all hell lets loose! She’s a real Jekyll and Hyde. 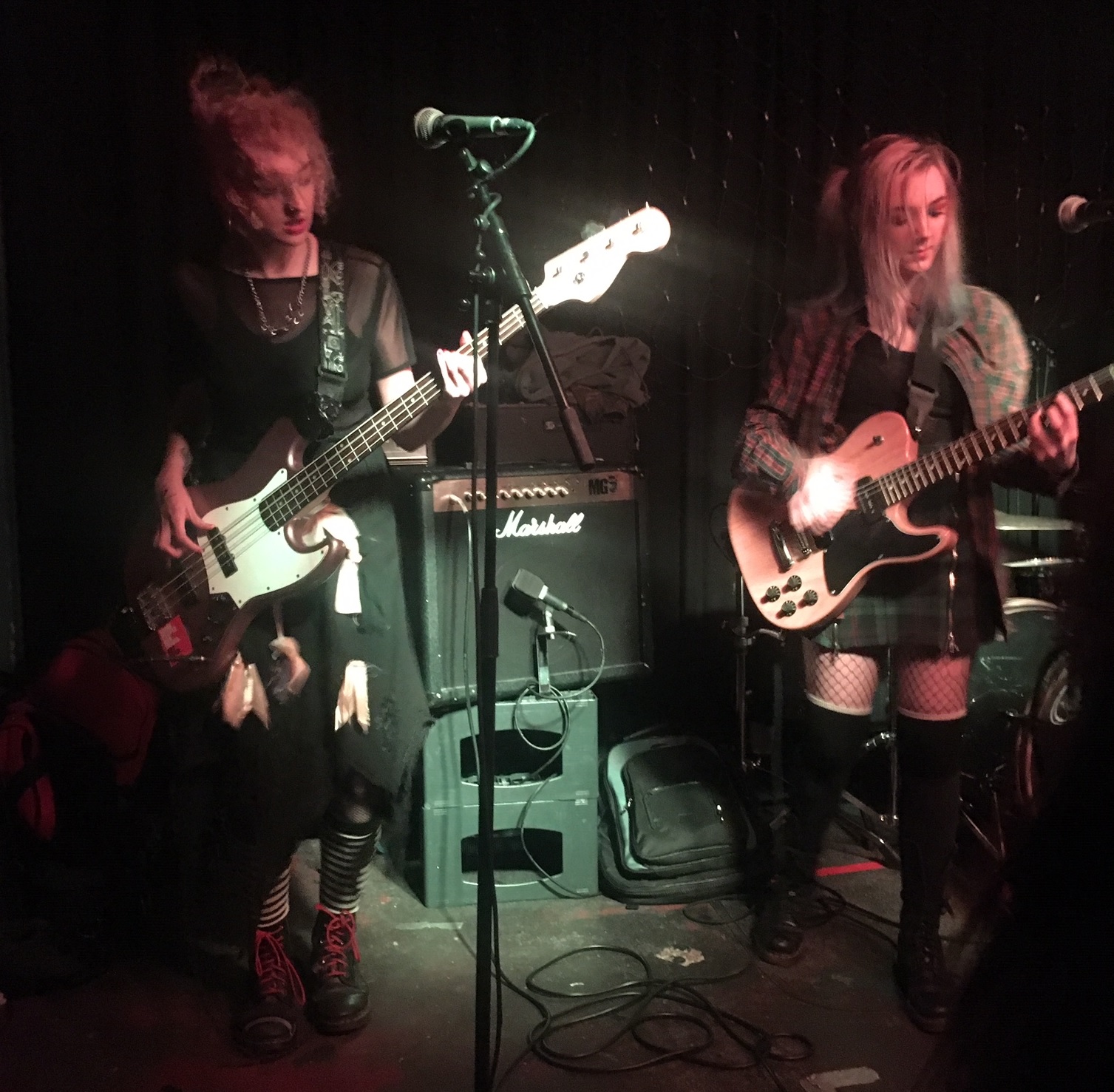 All of the band put such a great effort into the show, making a real spectacle for the crowd. And they are gathering an ever increasing loyal fan-base with every gig they play. With two 7” single releases under their belt, namely ‘What Of It’ and ‘7 Inch Wonder’, let’s hope a full length album is not too long in the making.

This is how the band describe themselves on Facebook: “We are Pussyliquor, all girl punk band based in Brighton, pure uncensored female rage, putting the amp in tampon, raising estrogen levels wherever we go”.

We seriously need another Brighton gig from these girls very soon! 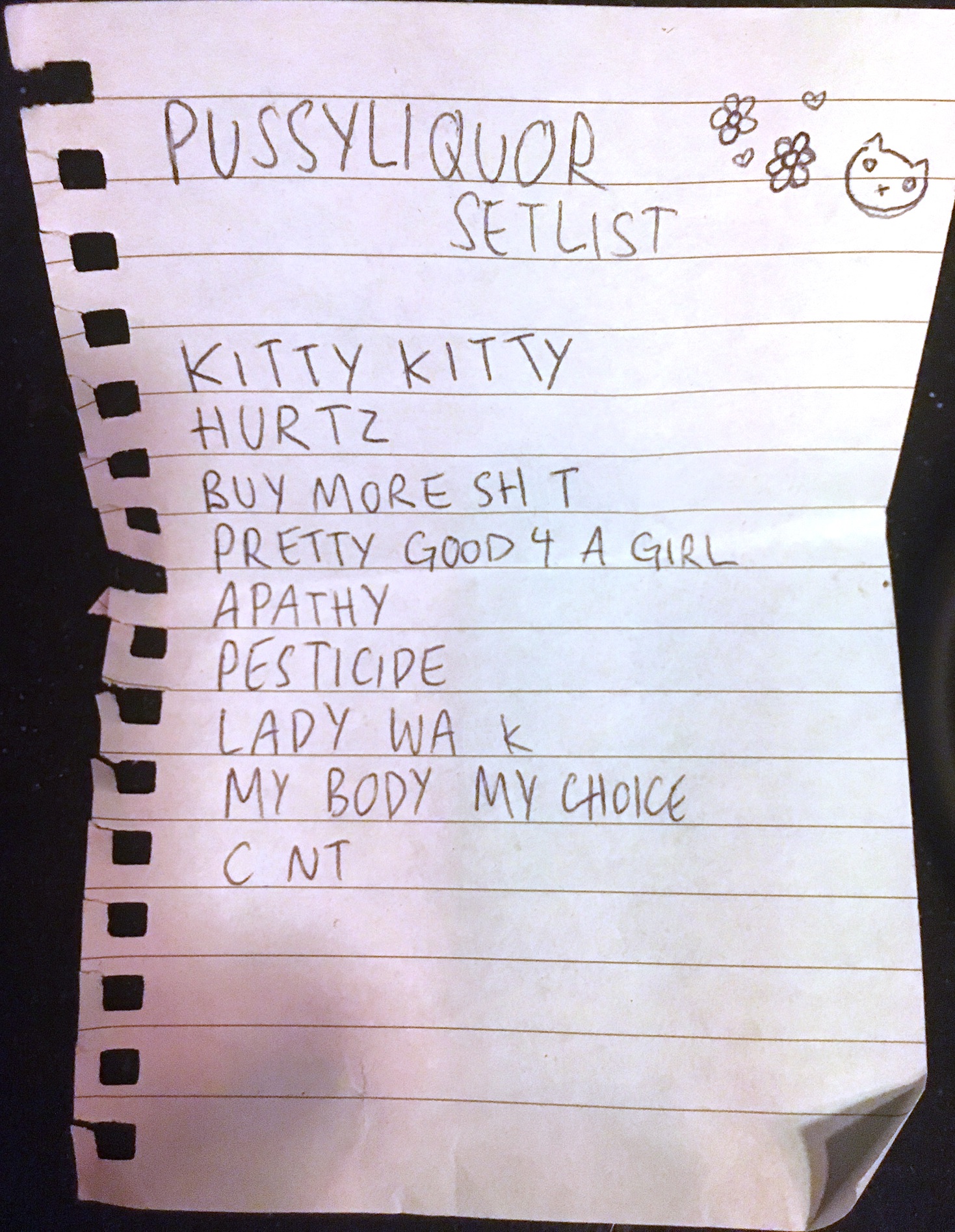 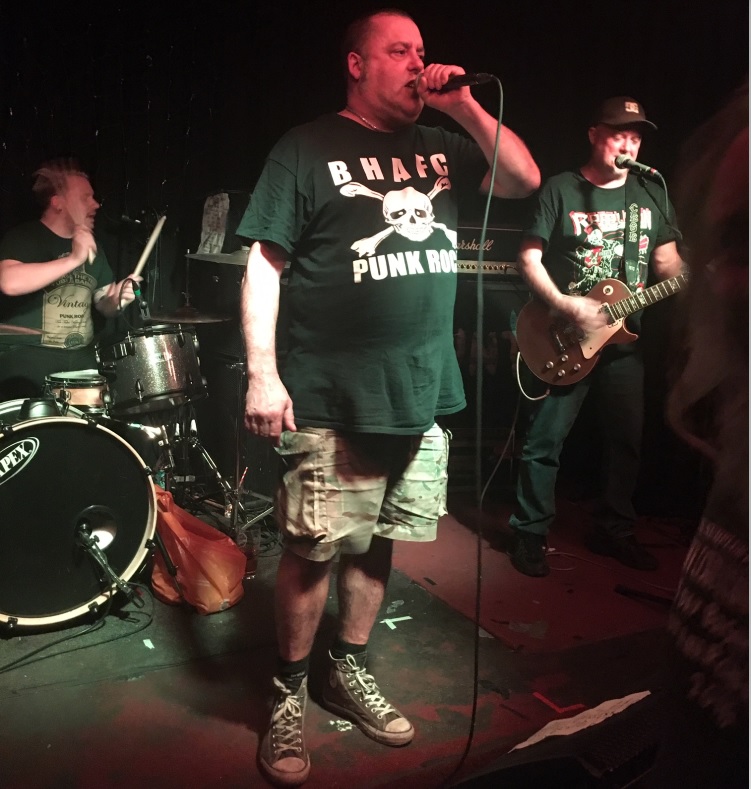 Here’s what their Facebook page says about them:
“In 1978 the 17 year old punks Peter Bywaters and Derek “Del“ Greening founded Peter & The Test Tube Babies in the small town of Peacehaven near Brighton. After a couple of rehearsals they made their first recording ‘Elvis Is Dead’ which appeared on the ‘Vaultage ‘78’ compilation of Brighton new wave bands. Radio 1 DJ John Peel loved the song instantly and produced a John Peel session with the Test Tube Babies. The success was breathtaking and Peter & The Test Tube Babies became one of the hottest unsigned bands in the UK overnight”. The rest, as they say, is history (that’s still being written!). 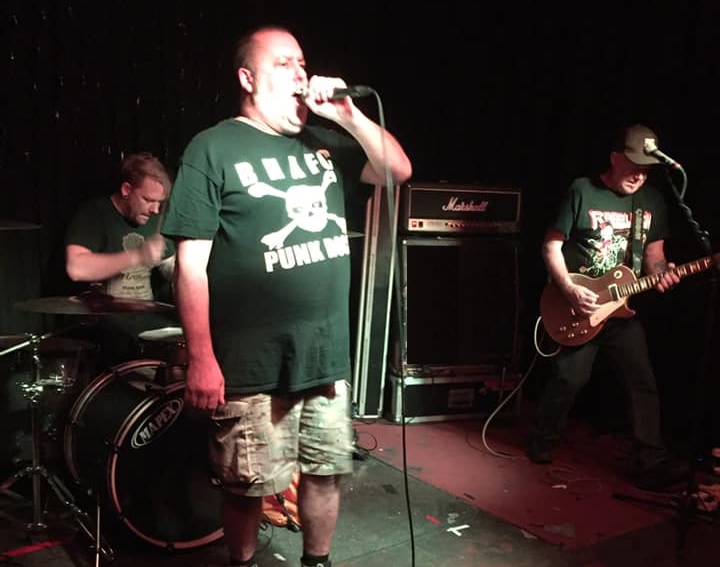 The band come on and Peter is holding a pint glass with some reddish liquid – I shout to him ‘Is that cranberry juice?’ and he shouted back at me, but I can’t tell you what he said, it’s too rude for print!
The set begins with ‘Moped Lads’ and the crowd immediately surge forward to dance. The frenetic energy of both the band and the crowd doesn’t stop until the last number. With tracks like ‘Run like Hell’, ‘In Yer Face’ (followed inevitably by ‘Up Yer Bum’) and of course the anthemic ‘Banned From The Pubs’ (which they were back in the Peacehaven Wild Kid days!).

PTTB really are still at the top of their game. I chatted to people who had travelled from Germany and Finland especially to see them tonight.

Long may they reign! 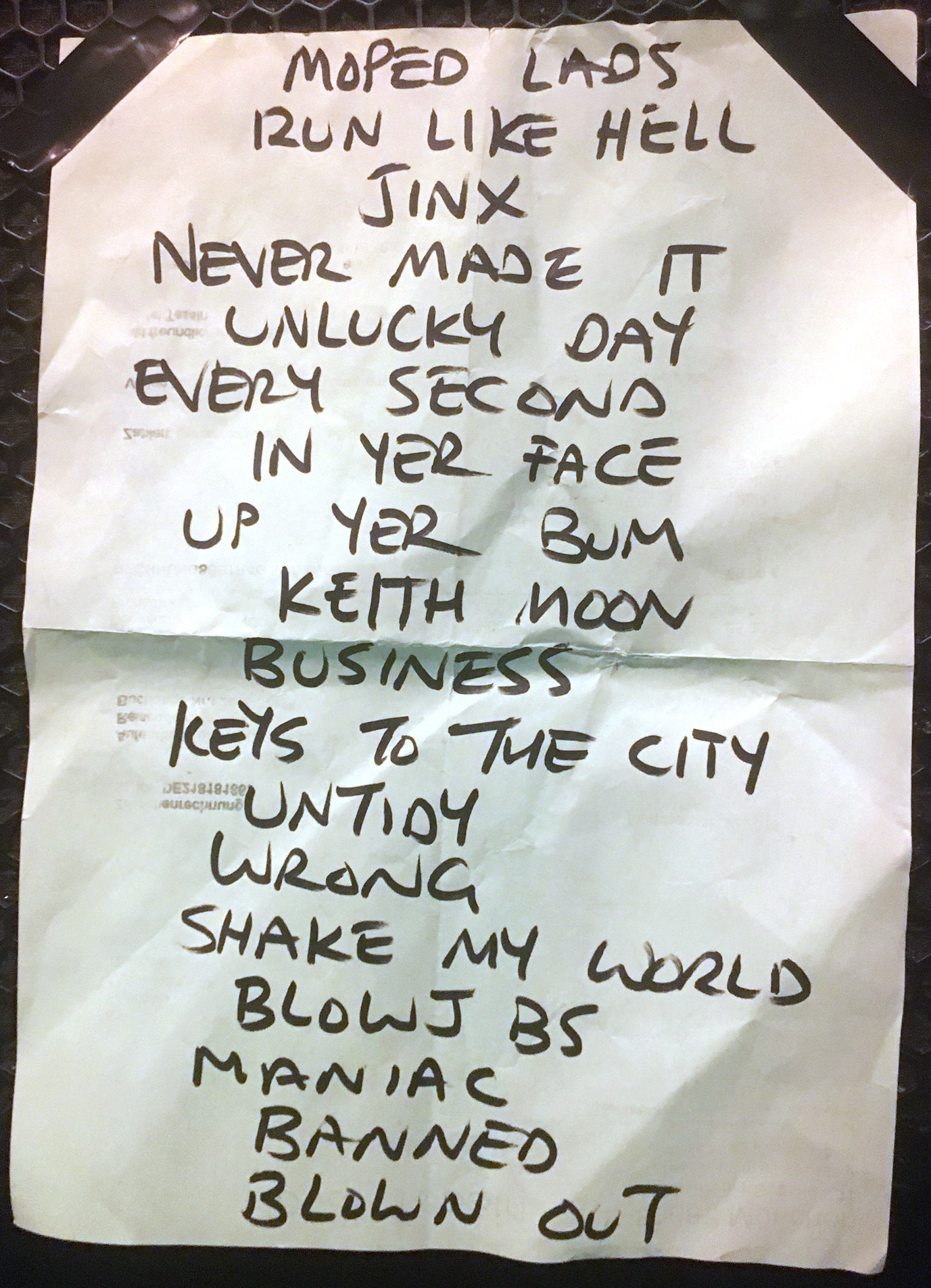 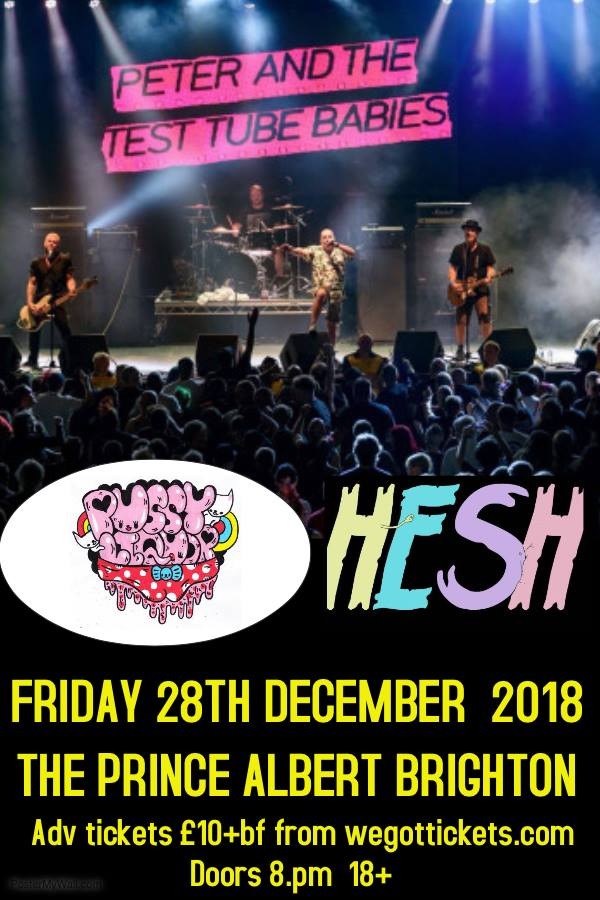 Queen honours men and women from Brighton and Hove