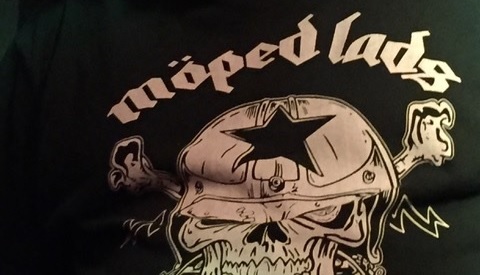 Well day two of the Christmas bash arrived after a fabulous day one. Remembering the journey home was a trifle difficult, but looking forward to another great evening. Got on the train at Newhaven and had a brilliant journey chatting to Charlie Harper (UK Subs) and his wife Yuko, who were also on their way to the gig.

The Albert as always was busy and the Albion won 1-0 against Everton, so many footie fans in the building. So anticipating a busy and awesome night.

First up were Penny Blood who hail from the Brighton area and are fronted by Jim Phelan. This was the second time I have seen the band as they supported The Vibrators last year at the Albert. Penny Blood have two ex-members of Peter & The Test Tube Babies, namely H and Dave O’Brien, with the line up being completed by the aforementioned Jim Phelan on vocals, who incidentally used to be in an outfit called Pig City Angels.

I have to say that I thought they were good the first time I saw them, but this time was brilliant and I loved it from the first note. The set started with ‘Superbad’, and all of the people around me were well into it. The sound and the performance seemed much more polished than before and it was definitely up there in recent gigs I have been to. The three band members pushed out full on power-punk that was great to listen to. The third song they performed was ‘Everything’, and I really liked it. The set was great and I will be seeking Penny Blood out for future gigs.

The band are:
Jim Phelan, H and Dave O’Brien. 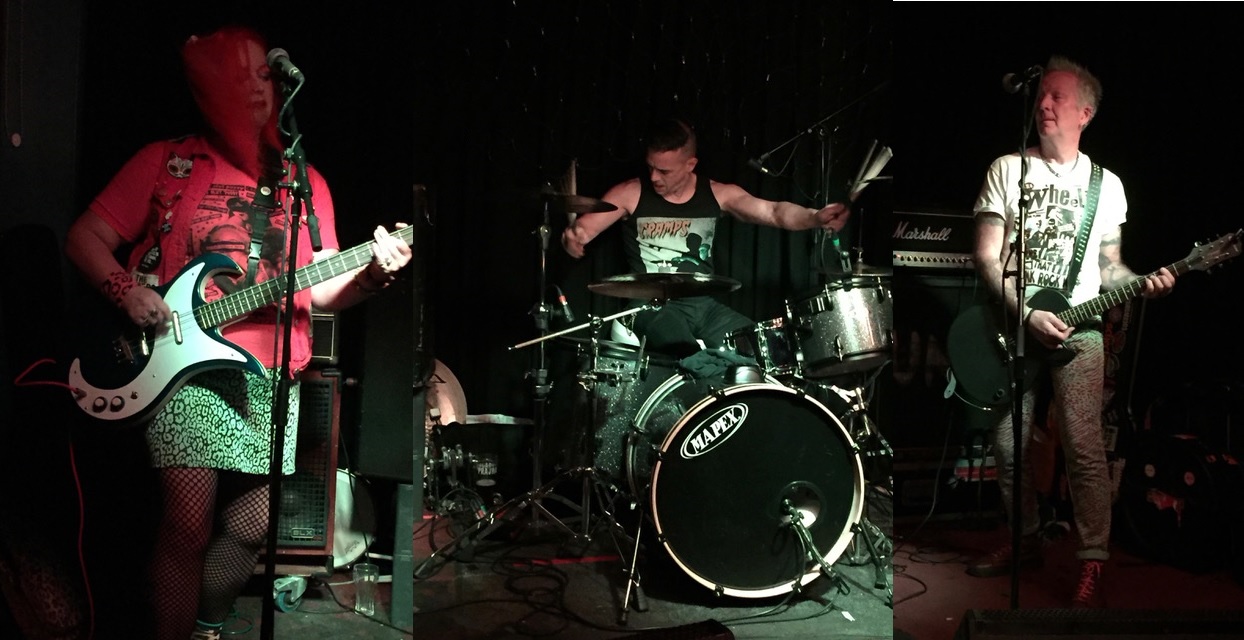 Next up are a personal favourite for me – Viki Vortex & The C**Shots. I have seen them a fair bit over the years and know them well. The band were formed in 2008 in Girona, Spain and consists of 70’s punk band The Spurts and Viki Vortex. The drummer Theo (aka Anthony Theodotou) also plays for The Long Tall Texans.

I was fortunate to catch Viki and Steve Manuell before the gig and they mentioned that the band have penned 9 new songs and are desperate to get them recorded, but have been so busy (Viki designed the UK Subs A-M and N-Z box sets, which are pride of my collection amongst other punk box sets this year). 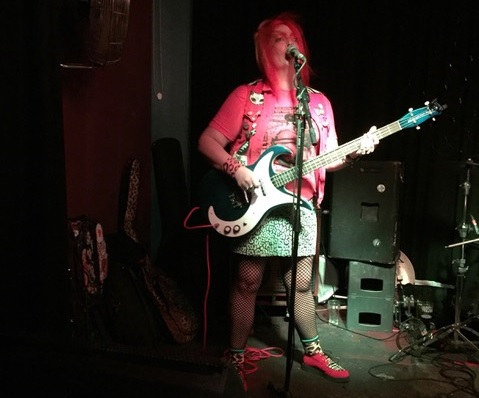 Anyway, onto the set, which started of with ‘Five – Five’. Viki is awesome on bass guitar and vocals although as with the last time at the Albert the soundman did have them a little low tonight. Viki has captivating facial expressions when she is performing and this was noted by other members of the crowd around me, although she was being blown away by the fan above her tonight. Steve on lead guitar provided the great raw energy sound and Theo provided the fast rhythmic beat that I always love about this band. For me it seemed to be over too quickly and tonights set was really well received by the Albert audience and included favourites like ‘Police Car’, ‘Fluffer’, ‘Lollipop People’, ‘Hypocrite’, ‘Monster’ and finishing off with ‘Grab Your Life’. I can’t wait for the new material and the next gig. 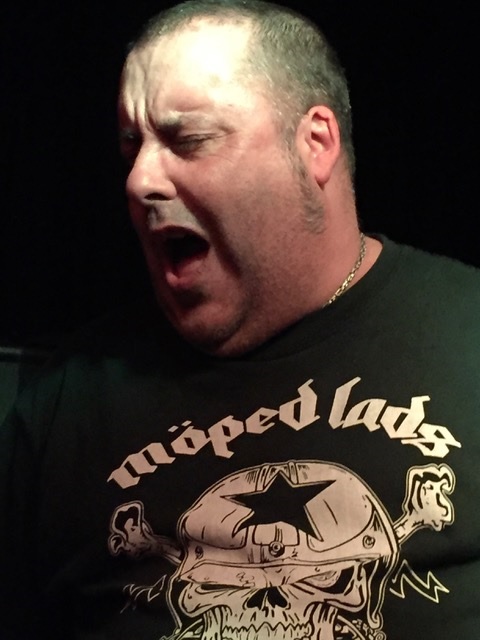 Next up Peter And The Test Tube Babies. I have followed the band for the past 40 years and reviewed their gigs a number of times recently and it is always different and brilliant. The last review I did being the gig at Peacehaven Football Club – off the scale. I was at the Albert on the first night (yesterday, 28th December) and it was brilliant as ever, taking me back 40 years to being 14 and loving the new punk sound back then. 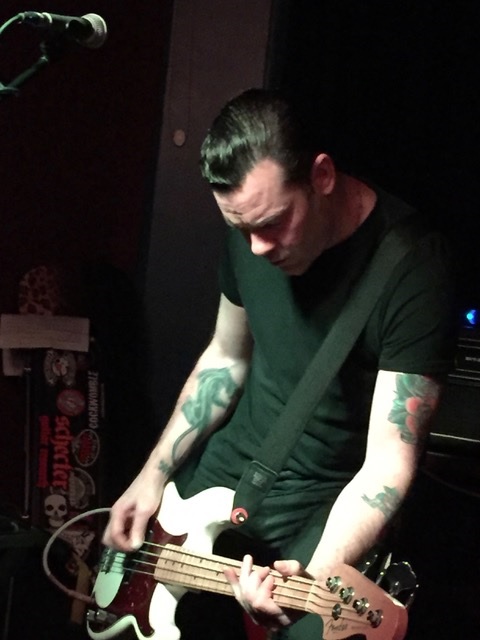 Pete started off tonight with the chant “Do you want to hear some Punk Rock?” and then it all kicked off with ‘Moped Lads’. The set tonight was similar to last night but a couple of the songs changed around. The crowd tonight were very different, although there were a few like me that bought tickets for both nights. I noticed that there were young ‘punks’, in tonight and they knew all the words. 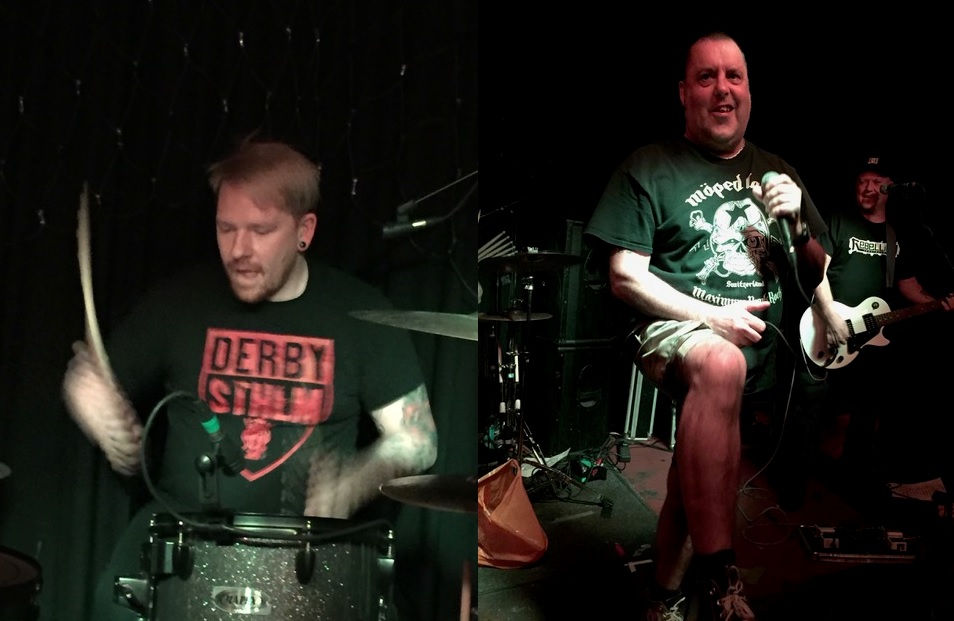 When the first few notes of ‘The Jinx’ started, the crowd up the front really got started and the mosh-pit formed. As the evening progressed the mosh-pit grew and the crowd really appreciated the great performance of all their favourites. Pete has a great rapport with the crowd and there were some really funny moments. I think both nights were awesome and will never tire of seeing this band live. Peter And The Test Tube Babies never fail to give that real nostalgic feeling of great punk rock. Thank you Pete, Del, Nick and Sam for a fantastic Christmas treat – You smashed it!!! See you again in 2019. 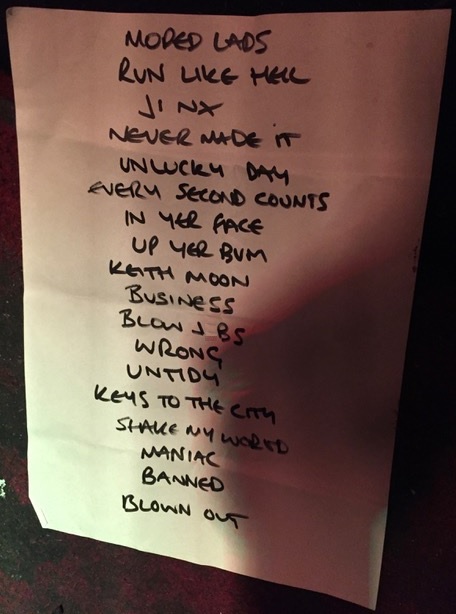 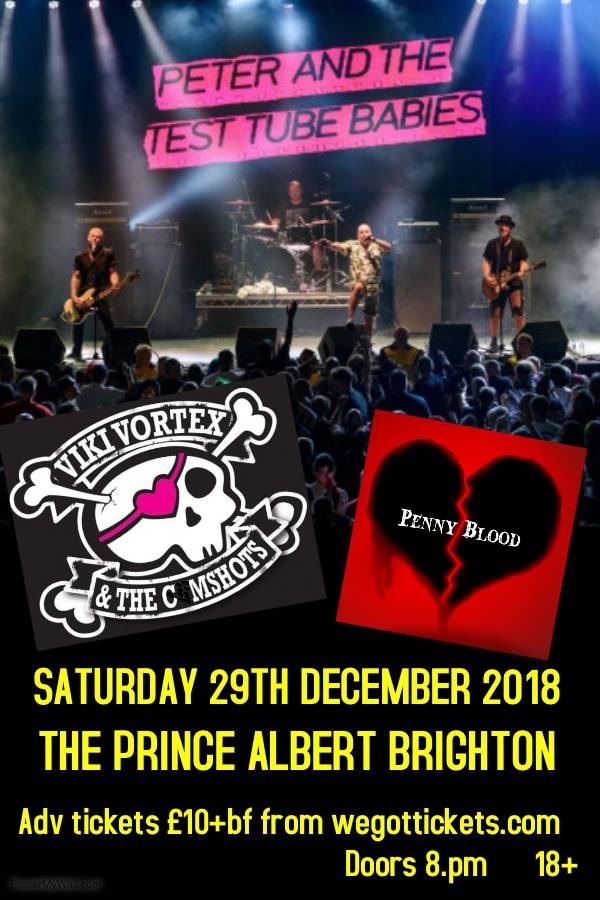