Tweaks have been made to plans to redesign the roads around the Old Steine, with new bus lanes and GP surgery parking – but the roundabout is still set to become a T junction.

Businesses complained loudly about the proposed £8 million scheme, known as Phase 3 of the Valley Gardens project, raising concerns about increased traffic jams, a lack of loading space for lorries, vans and coaches and a lack of parking for the Pavilion doctors surgery.

The council’s own estimates put the loss to the city’s economy at £17 million, calculated by estimating how much potential productivity is lost to people stuck in traffic jams.

However, a report published this afternoon showed most of the people who responded to a consultation were in favour of changes to benefit pedestrians and cyclists.

Revisions to the scheme include creating a southbound bus lane and moving the cycle lanes so they cut through the new square which will sit in front of the Pavilion and then around the western side of the Old Steine itself.

Blue badge and doctors spaces will be included in front of the Pavilion GP surgery. However, the controversial decision to make Madeira Drive one-way is still included.

The report said: “Consultation responses not specifically reflected in the revised plan relating to matters such as the detailing of landscape and public realm design, and other matters, will be carried over and explored during the detailed design stage.

“Two key requirements that have been identified in connection with the proposal to make the western end of Madeira Drive one-way are the need to manage the safe passage of large vehicles, such as coaches, on to and off the A259 via the Duke’s Mound junction and the need to review and alter the arrangements for the loading/unloading, parking and turning of vehicles in Madeira Drive.”

It added: “Option appraisal work will be undertaken on the road layout of the western end of Madeira Drive between the Palace Pier and the Colonnade, in order to continue to enable current activities to occur within the one-way and two-way sections of Madeira Drive in this area, such as blue badge holder bays, loading/servicing, coach passenger pick-up and drop-off and arrangements for events, and will also consider other provision such as for taxi passengers.”

The business case for the project was approved last November and the Local Enterprise Partnership has given the council £6million towards the total cost.

Councillor Gill Mitchell said: “The allocation of £6million of funding by the Local Enterprise Partnership was based on a business case which reported that the outline preferred option for Phase 3 presents an overall positive economic impact on the city.

“Following public consultation and stakeholder engagement, the option has been further developed to include a south bound bus lane that will give improved bus journey times and further improvements to private vehicle users. Therefore the -£17million reported for journey time will be reduced.

“The preferred option which includes a traffic signal T junction presents the safest and most efficient junction of all those tested and provides better journey times, a higher benefit cost ratio than a roundabout option that for the first time properly integrates cyclists and pedestrians in a managed way at this busy junction.

“Regenerating the Old Steine area will contribute to the city’s successful sustainable economy and make Valley Gardens a destination in its own right. There will be continuing consultation on the scheme as it evolves.”

Members of the council’s environment, transport and sustainability committee will consider the revised preliminary design at 4pm next Thursday (7 February) at Hove Town Hall. 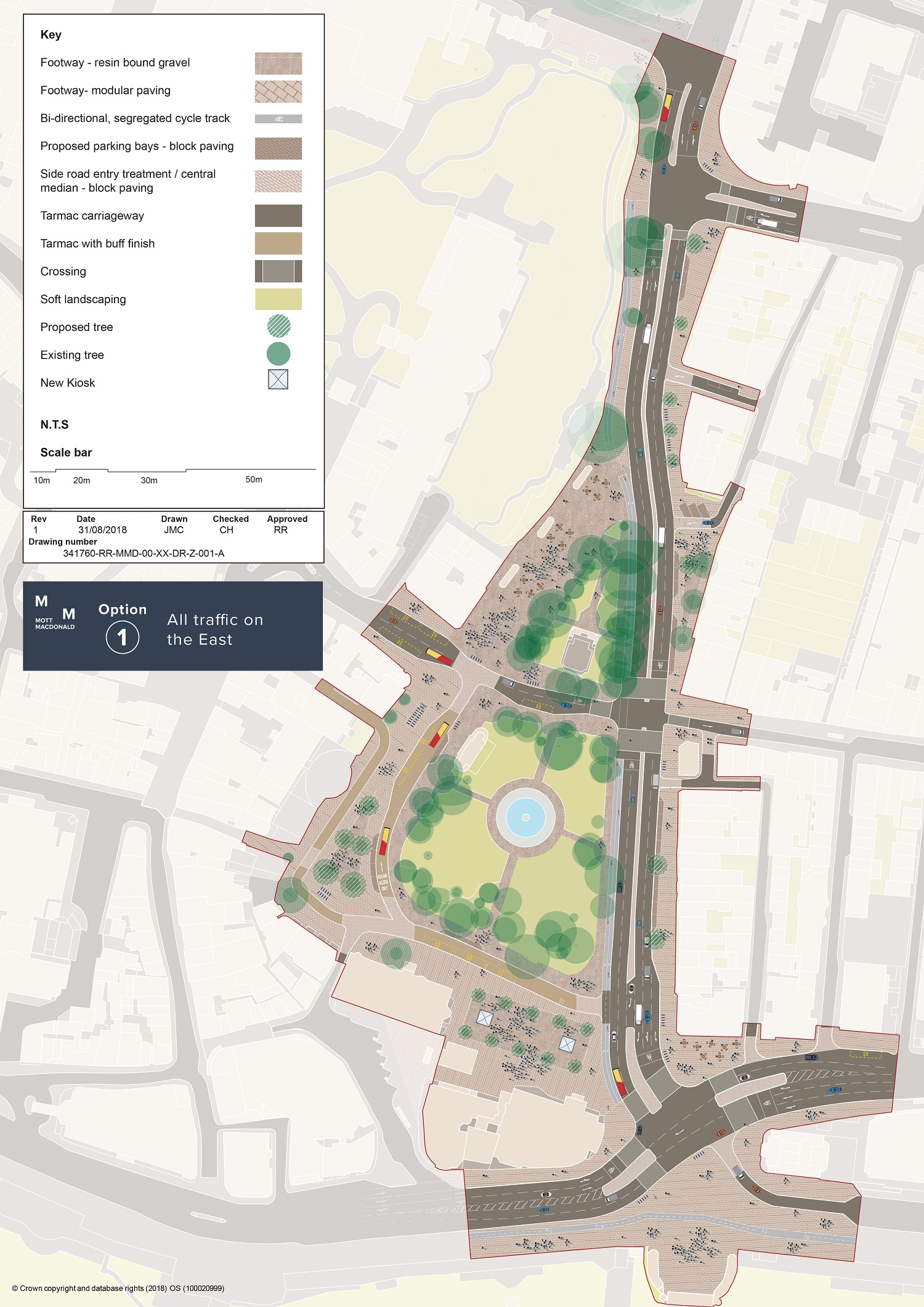