Reliving The Clash 40 years on with London Calling 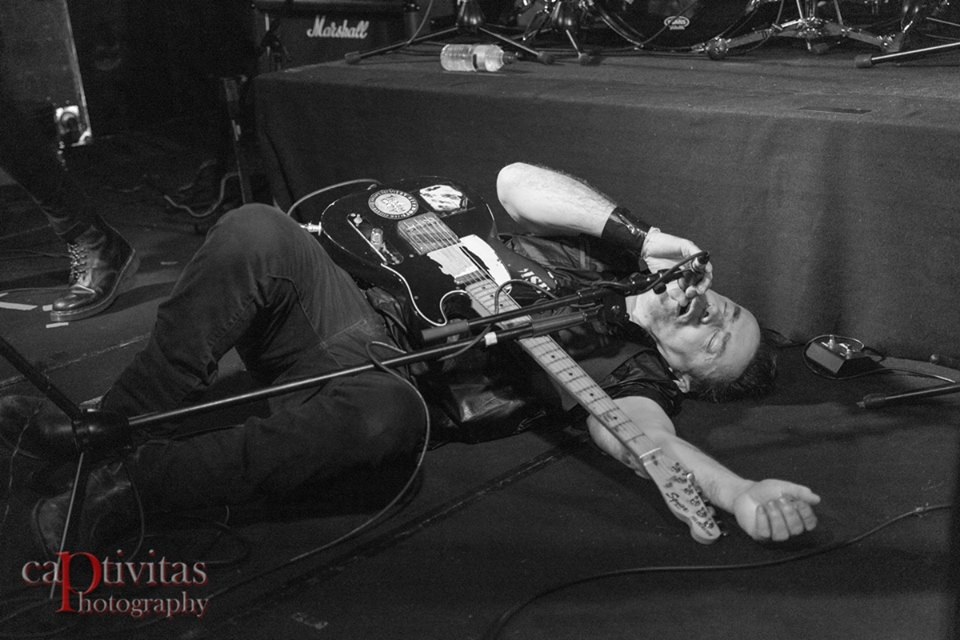 Well would you Adam and Eve it, but The Clash’s acclaimed third album ‘London Calling’ was released 40 years ago! Where’s all that time gone?

‘London Calling’ album by The Clash

It was unleashed to an unsuspecting world on 14th December 1979. It became the first Punk double album and it reached the Top 10 in the UK Albums Charts and sold over 5 million copies worldwide. The title song also reached the UK Top 20 and is arguably The Clash’s most famous song. The album was voted sixth-greatest album of all time by the NME and eighth-greatest album by Rolling Stone Magazine. “Among the very best albums ever recorded” – Q Magazine. Let’s face it, it’s a true classic from the outside front cover artwork to the tracks contained within.

The Clash at that time were Joe Strummer (vocals, rhythm guitar, piano), Mick Jones (vocals, guitar, piano, harmonica), Paul Simonon (bass, backing vocals) and Topper Headon (drums, percussion). The Clash were around from 1976 to 1986 and just before Christmas 2002, Turkish born Joe Strummer passed away at the tender age of 50. There were to be no reunions after this, however the music lives on and still shines very bright. 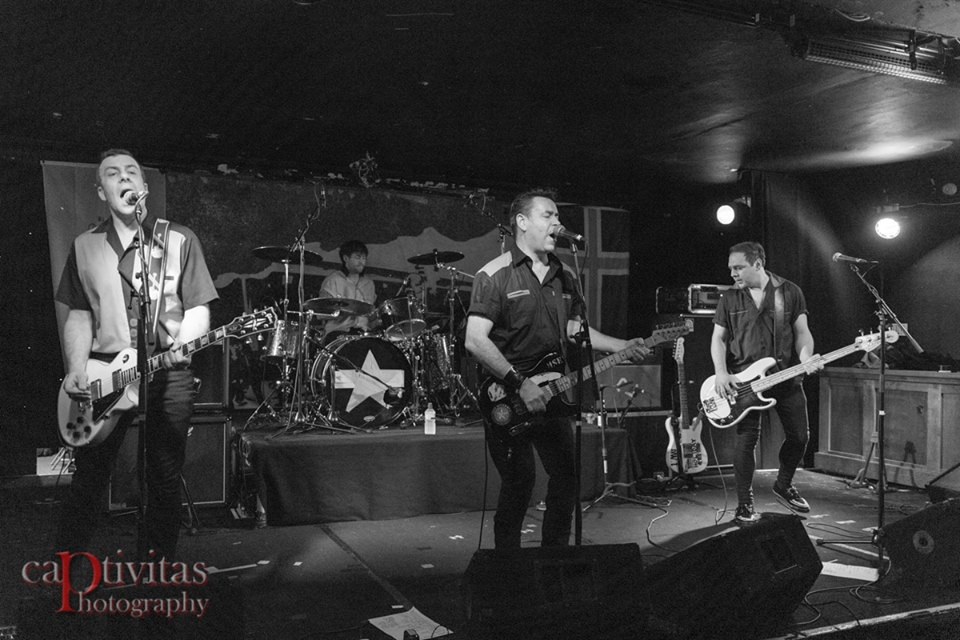 The nearest one can come to seeing The Clash perform live these days is to witness a tribute band. I, for one, have tended to stay away from a vast majority of them, however, there are a few that simply, in my opinion can’t be ignored. I’m referring to the likes of The Sex Pistols Experience, The Sex P*ssed Dolls, The Ramonas and London Calling. 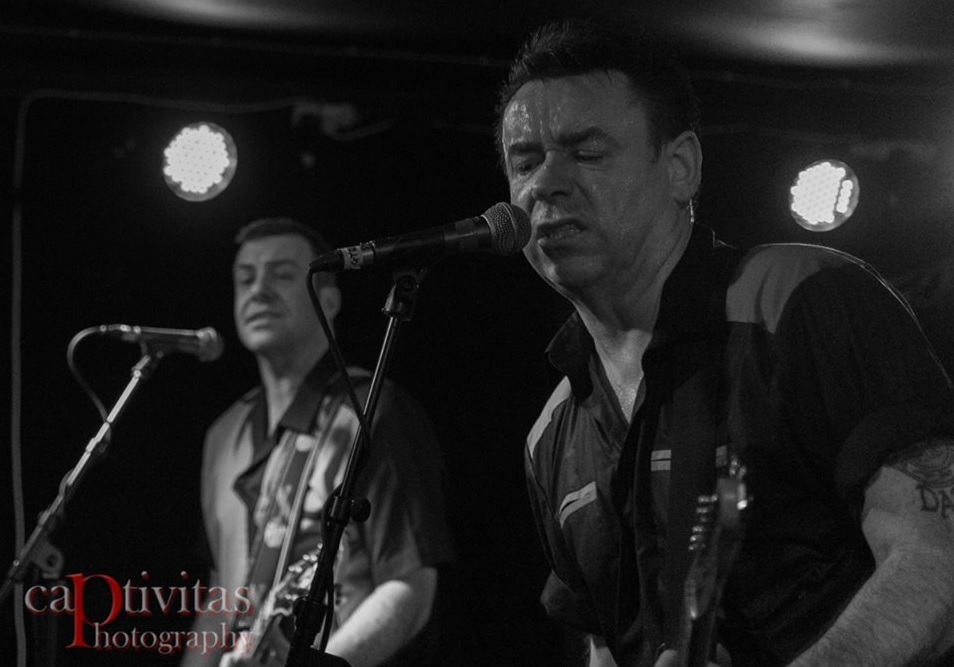 The latter are widely considered the best Clash tribute act out there and this appeared to be the case as The Con Club in Lewes was jam packed for their 40th anniversary show for the ‘London Calling’ album. A tad confusing yes as in London Calling performing ‘London Calling’ but the night was there for the taking. 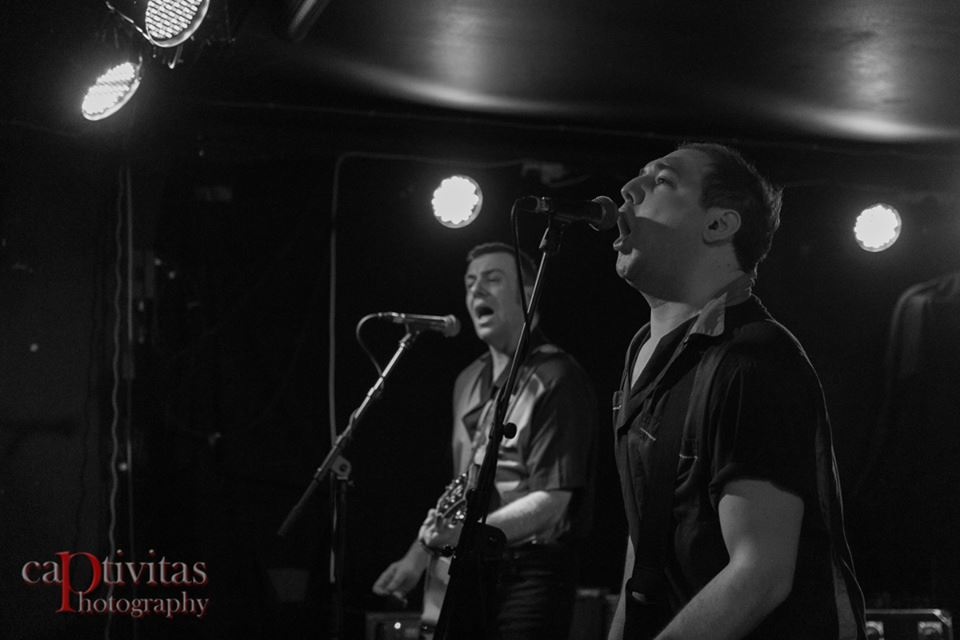 This is a band that have been asked to perform at the holy grail of punk festivals, the Rebellion annual summer bash in Blackpool. Discerning punks from up and down the country and even further afield head there in order to catch the many punk outfits still plying their wares in one way or another. If London Calling the band were pants, then they simply wouldn’t be invited.

Having not witnessed London Calling before, I was quietly confident that everyone was going to have a fab time this evening and indeed I was correct. 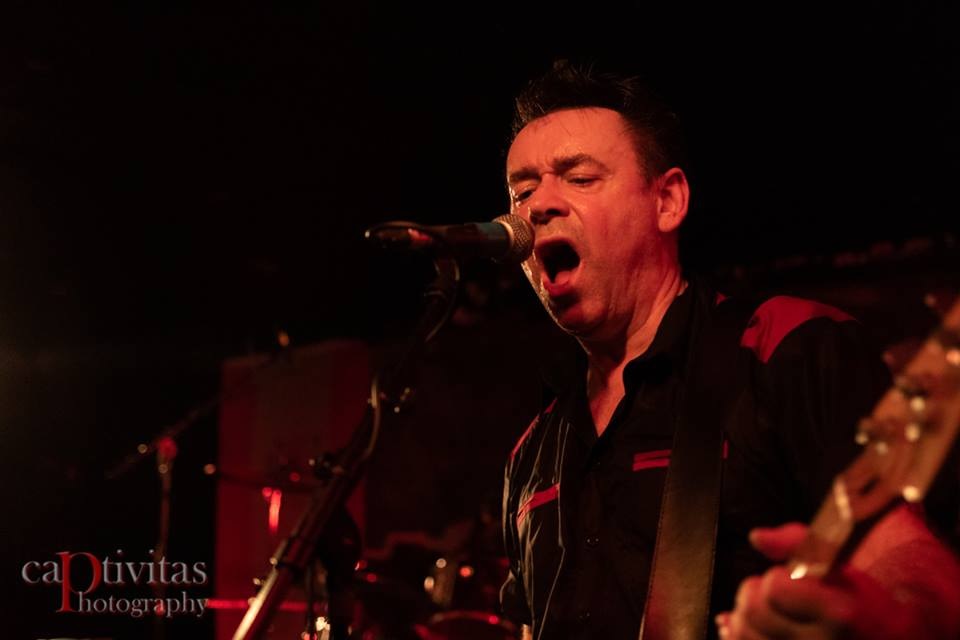 In fact London Calling had announced a 30 date tour during 2019 in celebration of the album and for those who sadly missed The Con Club gig, worry not, as the lads will be performing in Brighton at Patterns on 28th June, so you will be able to catch up with them there. More info on that HERE. 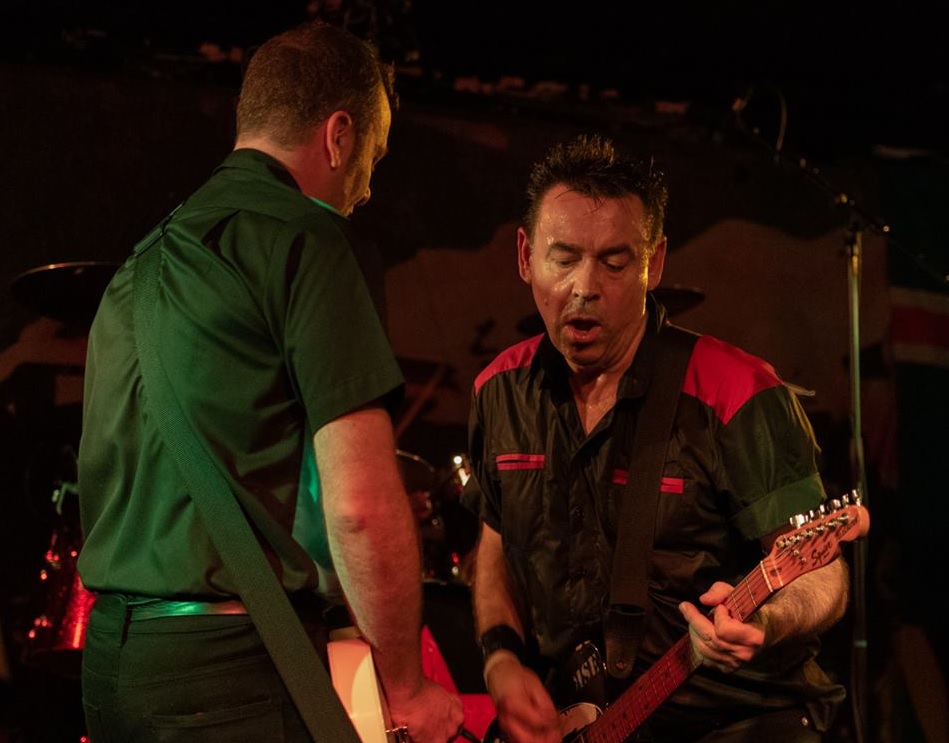 The plan of action for the tour was to perform the whole double album of 19 tunes in its entirety in the correct running order and then to add a few classics on the end as an encore. And that’s exactly what Reg Shaw aka Joe Strummer, Dave Devonald aka Mick Jones, Joe Guatieri aka Paul Simonon and Shane Tremlin aka Topper Headon did in Lewes. 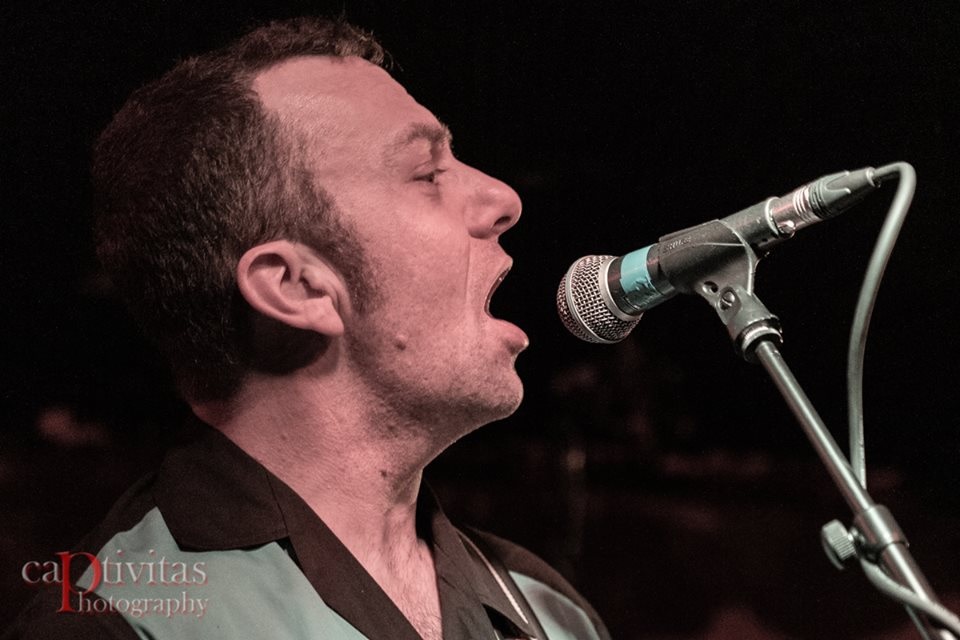 They opened with the call to arms track ‘London Calling’ and then followed it with the snazzy ‘Brand New Cadillac’ and the timeless classics kept coming. My personal faves were the aforementioned ‘London Calling’ as well as ‘Clampdown’, ‘The Guns Of Brixton’, ‘Wrong ‘Em Boyo’, ‘Revolution Rock’ (which was awesome) and ‘Train In Vain’. 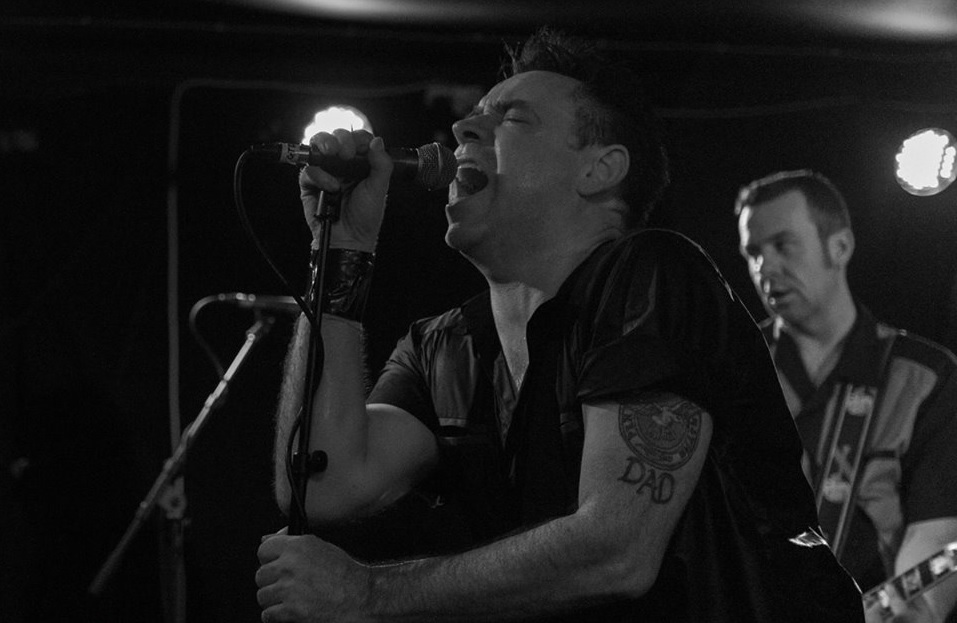 Once the album was done, the guys added ‘I Fought The Law’, ‘Should I Stay Or Should I Go’, ‘(White Man) In Hammersmith Palais’ and finale ‘White Riot’. 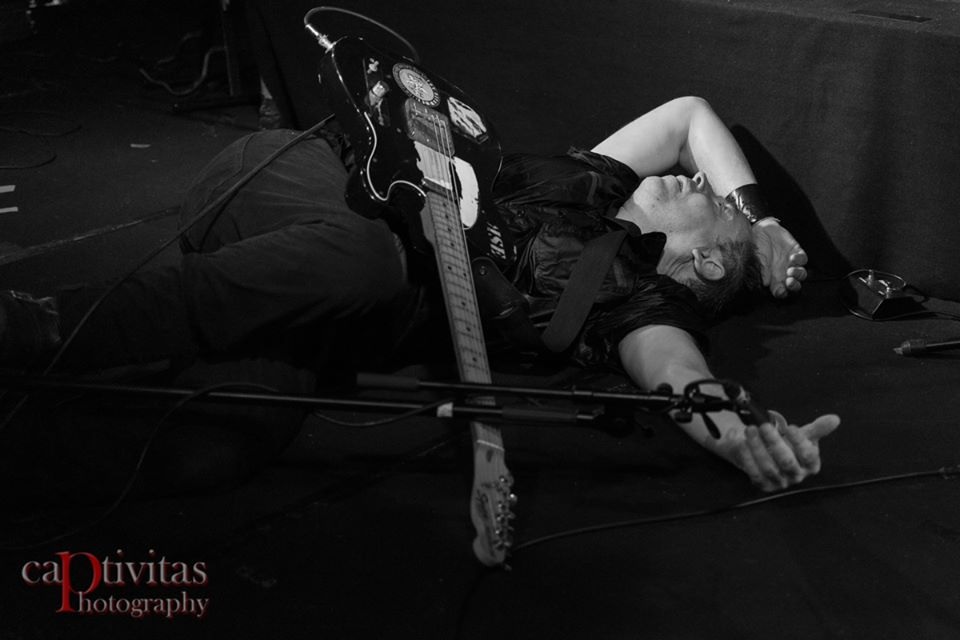 The crowd were lapping up each track and many were bopping along faithfully. Yes you could argue that it’s not the REAL Clash and London Calling don’t really look too much like Strummer et al, but you can’t have The Clash anymore, and once you have got your head around that, then you will most certainly enjoy London Calling. 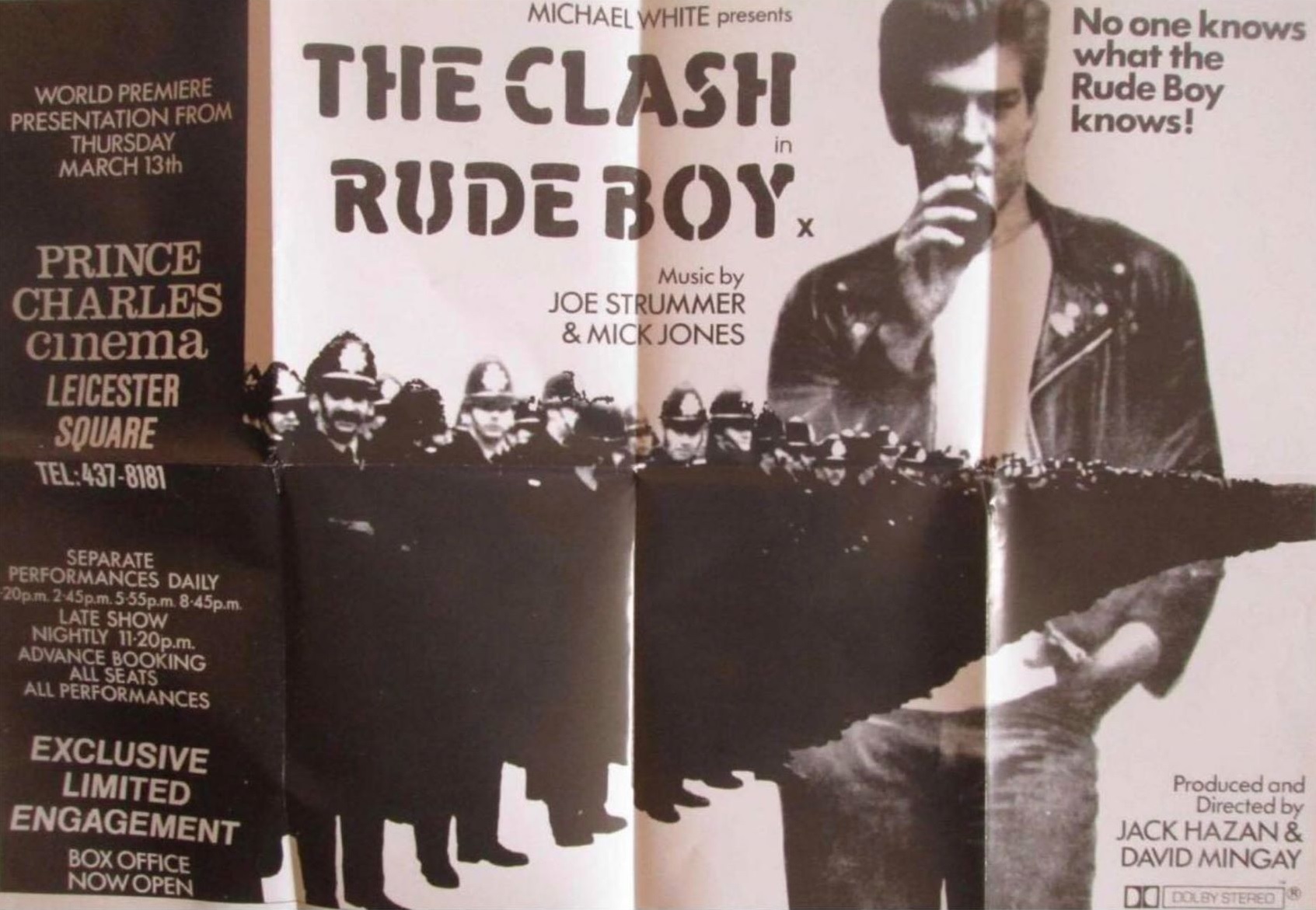 The evening was set under way by DJ Ray Gange. Those that are in the know might have realised that Ray is in fact the guy that is best known for his portrayal of the roadie in the acclaimed film about The Clash entitled ‘Rude Boy’. Ray was in fact the cover star for the posters of the film as well. He knew The Clash and was friends with Joe Strummer. The two met in a pub in Putney at a time when Strummer lived by Regent’s Park. Funnily enough Ray had no prior experience as a roadie, so The Clash’s manager Bernie Rhodes gave him a job as a roadie on a Subway Sect tour for two weeks. And as The Special AKA pointed out “Bernie Rhodes knows don’t argue”. 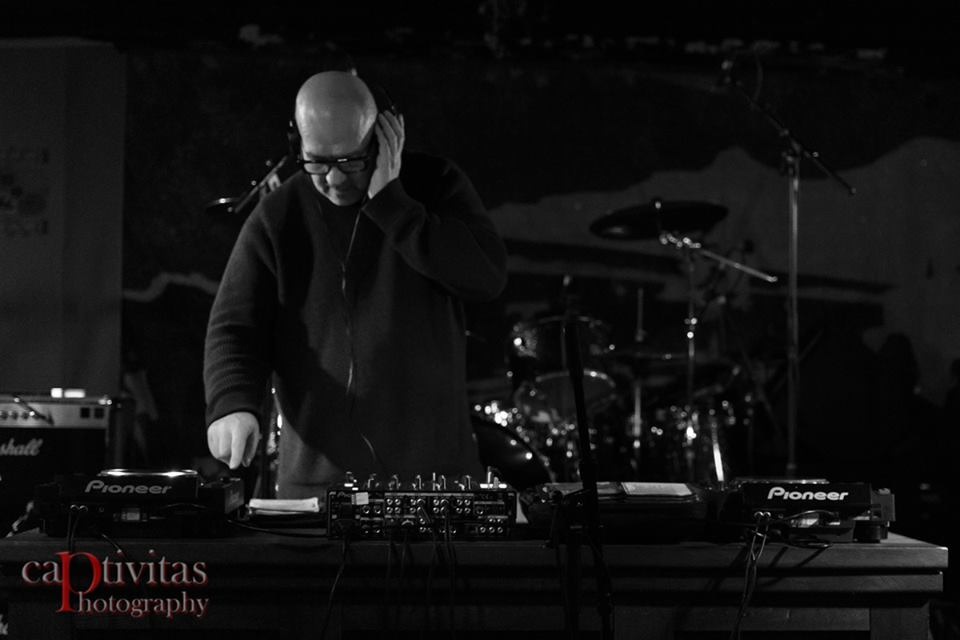 This evening, he was spinning some tunes of a ska/punk vibe in order to get those in attendance into the right frame of mine. He succeeded! My pick of his tracks was the epic 1974 top ten hit ‘Ire Feelings (Skanga)’ by Rupie Edwards. 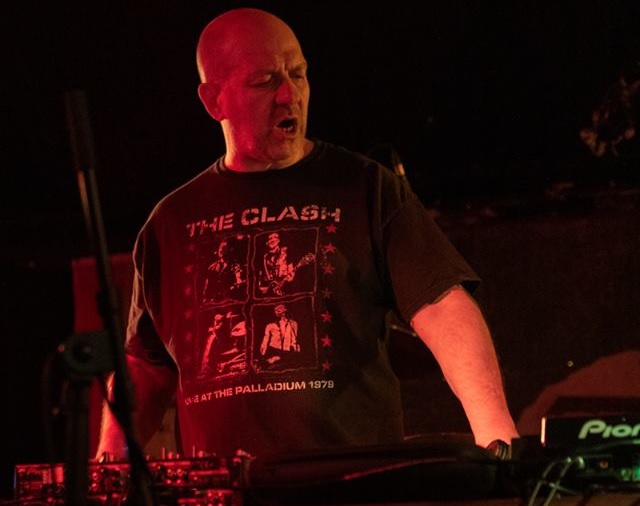 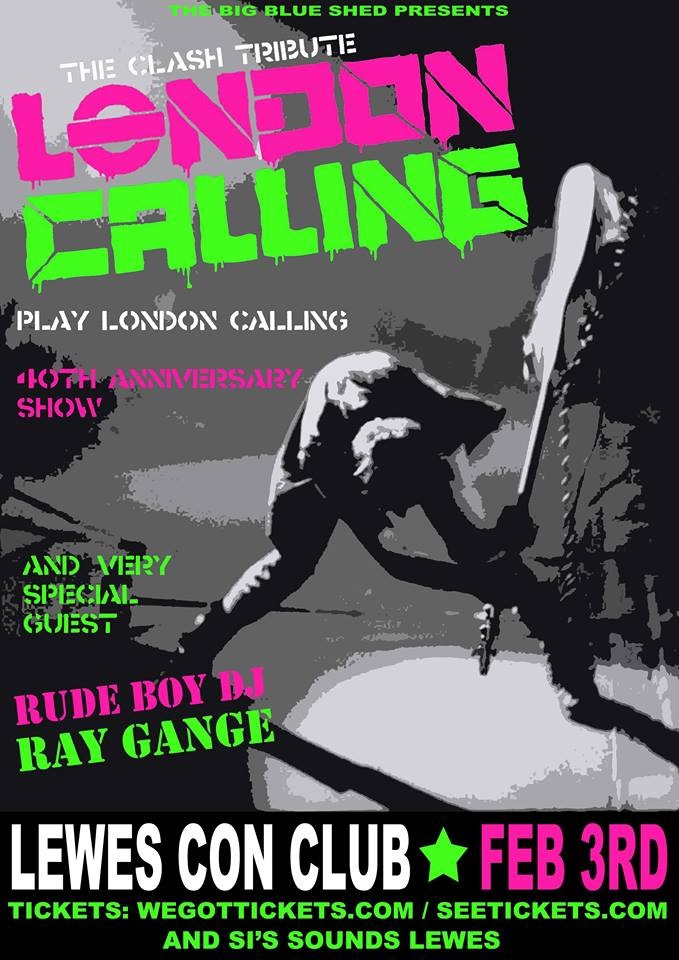 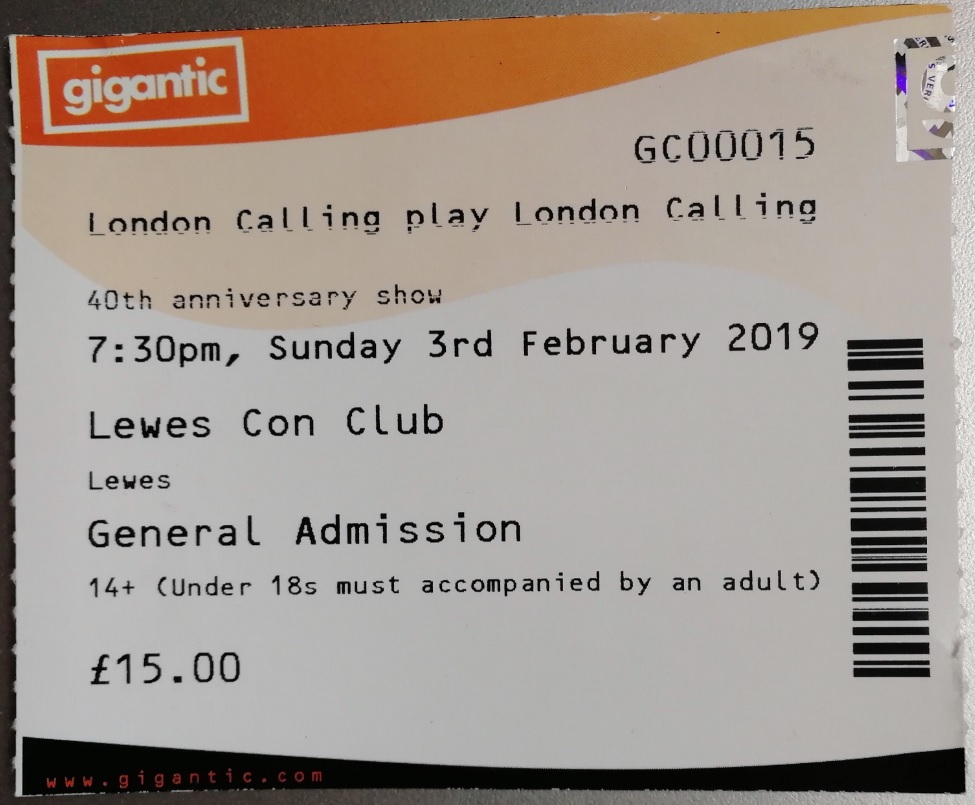 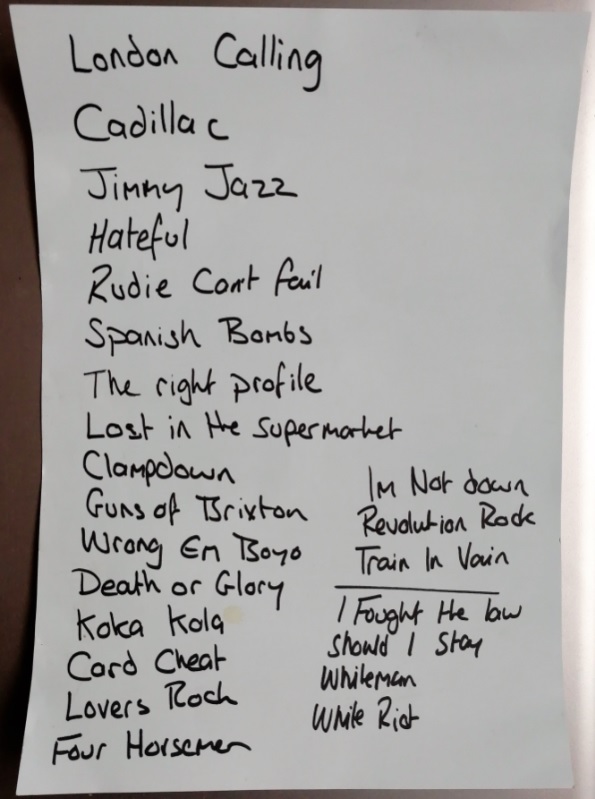 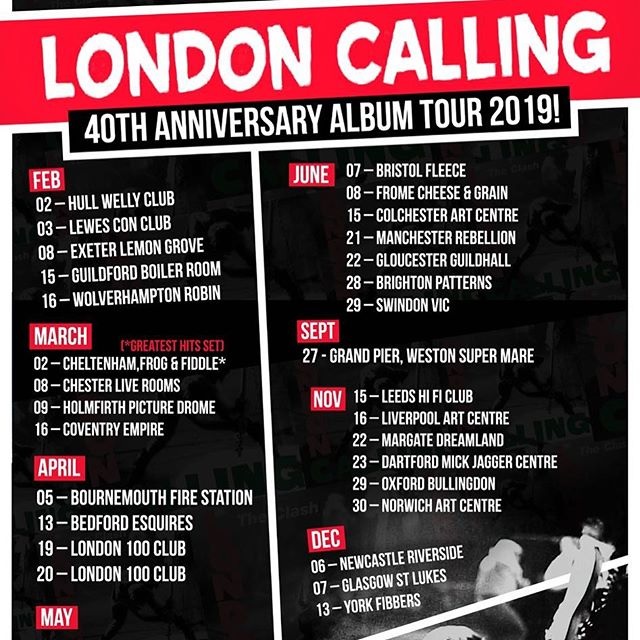