The Greens took aim at both the Conservative and Labour parties as members of Brighton and Hove City Council debated the annual budget for the financial year ahead.

In the budget debate at Hove Town Hall the Green convenor Councillor Phélim Mac Cafferty said: “To the backdrop of a divided Labour Party, who are failing the city, this budget is proof that they have run out of ideas and run out of energy. They’ve hit the buffers.”

Councillor Mac Cafferty quoted former Labour leader Warren Morgan saying ‘we just want the basics’ and said: “His words have come to haunt the Labour administration as much as his moves to co-lead a new national political party.

“Labour, having promised to get the basics right, has done nothing of the sort. Bins go uncollected, our city centre is mired in graffiti and grime and as Labour limps from one defection to another, their game is up.

“We can’t rescue the budget but we have a plan laid out. With our five budget amendments we focus on the value of prevention and reversing some of the most destructive cuts without robbing from one service to pay for another.

“We want to give our most marginalised communities the support they need to combat year upon year of government austerity.

“We know – after a decade of Tory austerity – that cutting public services is literally a false economy.

“It costs more in the long run to manage more complex problems that arise when services are cut.

“Alcohol misuse costs our city £107 million a year due to the effects on community safety, health and the economy.

“Yet studies have shown that our council saves up to £4 for every £1 they spend on drug and alcohol addiction treatment.

“So our amendments would restore funding for services for people recovering from substance misuse.

“The case for prevention has never been clearer. The Green vision is for a council that invests to save down the line.

“We also want to review value for money in contracts and uncover money that is going unspent. In housing we found £8 million that is just being ‘sat on’ despite being available for housing.

“Labour has let our city centre really slip. We want to cut the free parking that Councillors get in the city centre and instead use the cash to fight the graffiti epidemic and grime in our city centre with a community clean-up fund.

“We have continued to try to reverse some of the most brutal elements of the budget and have already helped to reverse Labour’s proposed cut to domestic violence budgets.

“In a city with one of the highest numbers of people with HIV and growing STIs, our amendment will restore funding to this service.

“We are also challenging cuts to budgets supporting people with learning disabilities – and vulnerable adults in precarious housing.

“One in two parents of kids with special educational needs say they haven’t had a break from caring for kids and we want to reverse some of the damaging cuts to short breaks.

“We want to reverse some of the cuts to our libraries because we know they are loved and provide a place for many to get out of the house or just to talk to someone. 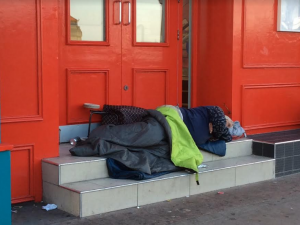 “Our city has the second highest number of rough sleepers in England. We have been aghast as Labour has allowed beds to disappear from two of the city’s supported housing schemes despite the evidence that shows that more stable housing unsurprisingly reduces broader public sector costs to the police, courts, prisons, probation and health services.

“We don’t stop there though. Because costs have rocketed 400 per cent in the last few years for paying private landlords, we need to bring emergency and temporary accommodation back in house.

“So it’s clear we would save council taxpayer money, provide better support and have firmer democratic oversight.

“Just this week we have been reminded of the climate catastrophe with record winter temperatures being smashed not just once but twice in one week.

“We want to boost the resources our council has ready to tackle climate change urgently and protect our precious natural habitats and species.

“Our dependence on fossil fuels is causing global warming – but it’s not just the environment that suffers. Many are left at the mercy of private energy companies and fluctuating bills.

“And we believe that now is the time our council invested much more in renewable energy which would offer proven benefits to residents in cheaper bills, financial returns for our council and puts the city on a more environmentally sustainable footing. 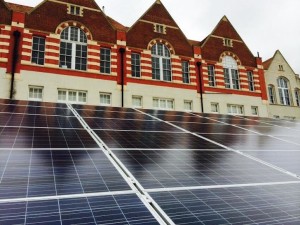 “As in previous years, we continue to champion a new approach, guided by principles of prevention and protection for people and planet.

“Of course we make these amendments at a particularly painful time for councils. We have always been upfront about how reckless we thought Tory government cuts would be – and how right we have been.

“With Tory austerity continuing to hammer our city, and a Labour group unable to lead the council, it is the Greens who are united with a budget plan to lead for the future of Brighton and Hove.”