Vulnerable homeless people could find themselves living next to a pub if a £3 million scheme wins approval.

But the plan – to house people with mental health problems and drink and drug addictions by the County Oak in Hollingbury – has been criticised by two Conservative councillors.

They described the scheme as “completely devoid of any argument or rationale” and said that it was “not based on suitability” for those who could end up living there.

Rather, Brighton and Hove City Council had the chance to spend up to £750,000 of government money, “with the present location being the only one they can currently find”, they said.

In addition, there were no support services that would be necessary to help the adults with complex needs who would live there. Instead, there was a primary school diagonally across the road.

Former Conservative leader, Councillor Geoffrey Theobald, and his Patcham ward colleague, Councillor Lee Wares, said: “This project feels like one that is akin to spend the money and then try to make the scheme work, as opposed to being the optimum solution for the benefit of those it seeks to support.”

The two councillors set out their concerns in a letter to council chief executive Geoff Raw.

The scheme is for 12 or 13 “move on” flats for people who have been homeless, along with an office, on the site of the old Hollingbury Library in Carden Hill.

The council’s Housing and New Homes Committee is being asked to approve the “specialist service to enable people who are making progress in their recovery journey to move from high needs hostel accommodation into self-contained move on accommodation”.

As well as up to £750,000 from the government – through a grant from an official organisation called Homes England – the council plans to borrow £2.4 million to fund the £3.1 million project.

If the council’s Housing and New Homes Committee gives its backing, a public consultation should start in April.

The council hopes to submit a planning application in June and – subject to planning permission being granted in the autumn – start building the flats next February and complete the scheme by March 2021.

Councillor Wares welcomed the proposed consultation and said: “It is important so that residents know clearly what the proposal is and can make their judgment on if this is something they wish to support or object to.

“It isn’t unreasonable to expect that if the council wants to do something, it justifies why, demonstrates it can deliver the objectives it seeks to achieve and spells out clearly to the community what it will mean to them and how it may impact them – positively and negatively.” 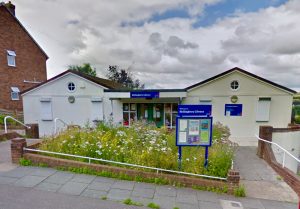 The move on scheme’s potential residents would be single people who have lived in hostels, emergency housing or temporary housing for five to seven years.

An allocation panel would assess them to try to ensure that they could live with a medium level of support.

They would be moving from supported accommodation where they would have received help to recover from homelessness.

The help could include peer support, training in literacy, numeracy and computer skills and the chance to carry out voluntary work.

When the Housing and New Homes Committee meets to discuss the scheme, Hollingbury resident Sam Zubaidi is expected to ask members a public question.

He wants to know: “What consideration has been given to the fact that the home will be built next to a pub and within 100 metres of a primary school and what plans are in place to mitigate issues that may arise as a consequence?

“And can I please have data which shows drug and alcohol-related crime statistics in areas that have homeless housing?”

The scheme is due to be discussed by the Housing and New Homes Committee at Hove Town Hall on Wednesday (13 March). The meeting starts at 4pm and should be open to the public.