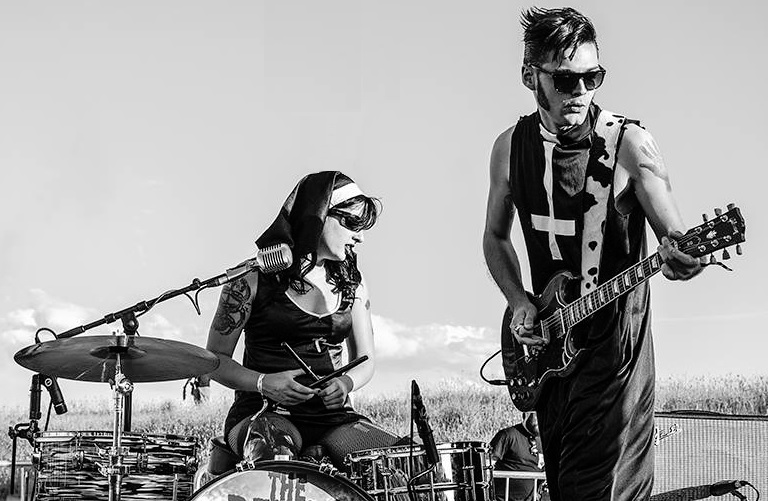 The Devils seems to be a rather apt name for the controversial Italian duo of Erica Volgare and Gianni Puzzadidio who hail from Naples.

The duo formed in the deep south of Italy in 2015 and are purveyors of loud savage trash. They named themselves after Ken Russell’s 1971 B-Movie ‘The Devils’ and were inspired by listening to Blues and Punk and many other Underground Bands (The Cramps, Hound Dog Taylor, The Gories, Jon Spencer, Fugazi, Hasil Adkins, The Oblivians etc). 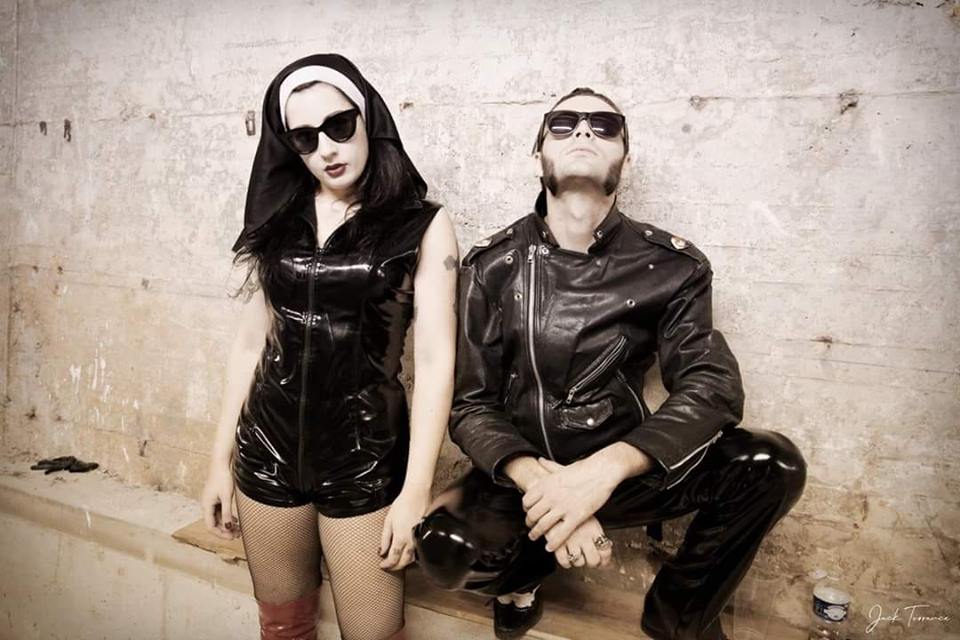 Gianni plays the guitar and sings and Erica hits the drums and screams into microphone. In the beginning they did countless shows in Italy and France, where they meet up with Jim Diamond from the Dirtbombs who recorded their first full length album, entitled ‘Sin, You Sinners!’ in June 2016. To be honest it’s more like a mini-LP as the 10 tracks all come in at under two and a half minutes in length. But hey, it’s quality not quantity, right? 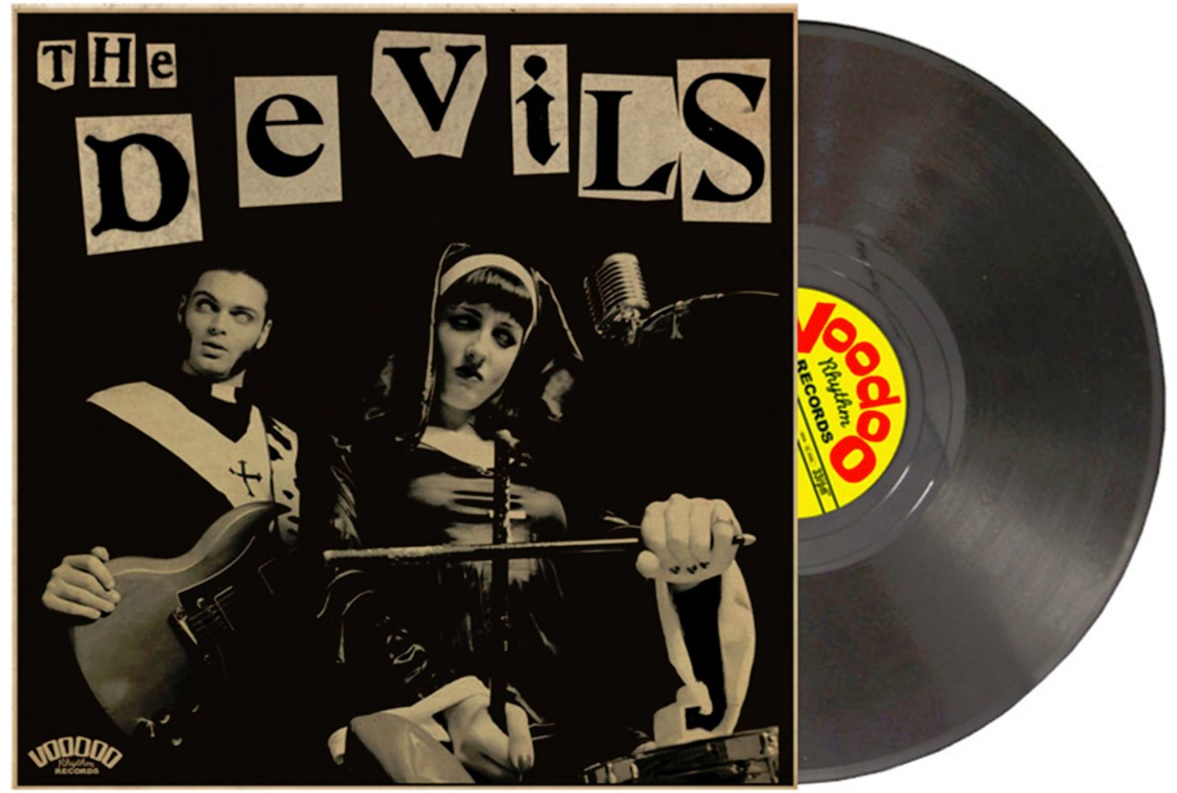 The Devils signed to Voodoo Rhythm records and their second platter ‘Iron Butt’ was given the light of day in January 2018. Once again there are 10 tracks, and none of them are longer than three minutes. What you get served up with is a giant slab of guitar fuzz and noise that is totally minimalistic and primitive and without doubt tons of fun. Those looking for Bob Dylan poetry should look elsewhere! 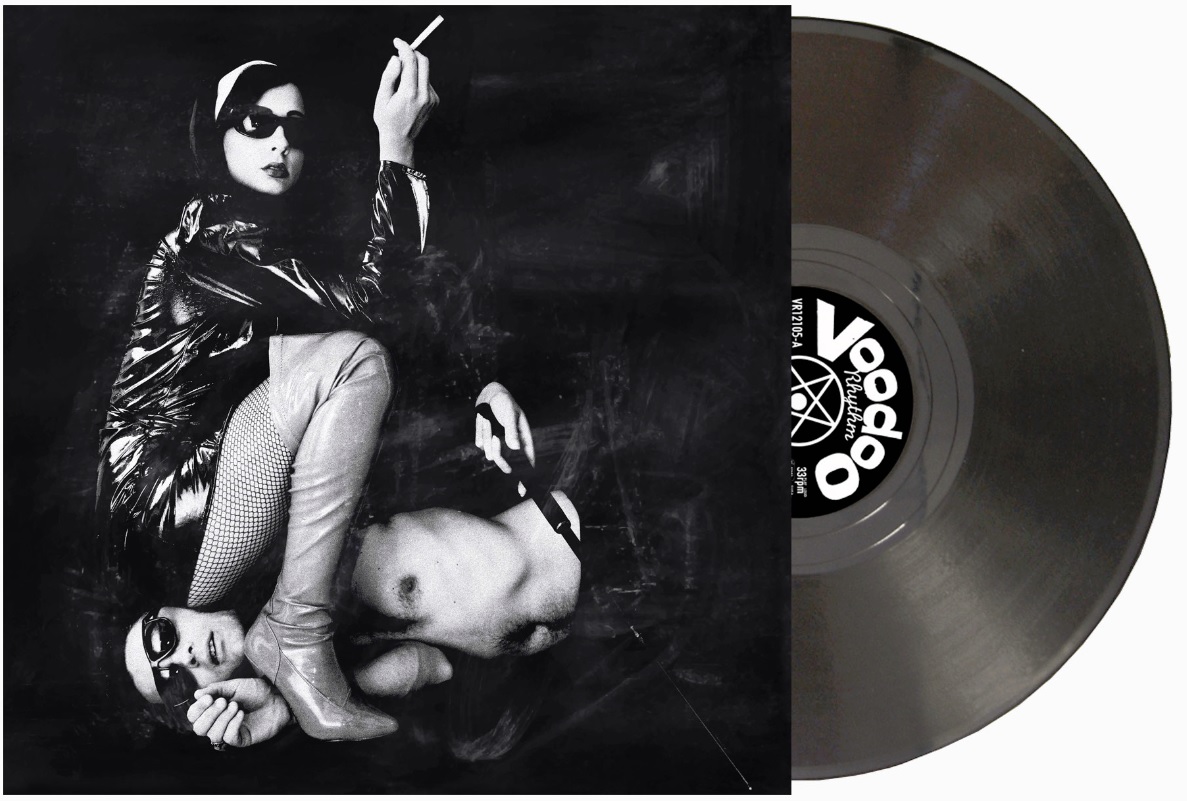 The Devils have a distinctive stage presence, as Gianni is always dressed as a preacher and Erica as a nun. Their performances are hot, wild and very loud. They have toured with The Sonics, Boss Hog, and The Monsters and have played many festivals including Azkena Rock Festival, Helldorado, Sleazefest, Cosmic Trip, Beaches Brew, Festival Beat etc.

The Devils have announced a Sussex concert date at The Con Club, located at 139 High Street, Lewes, BN7 1XS on Monday 20th May and you can purchase your tickets HERE.

More on The Devils HERE. 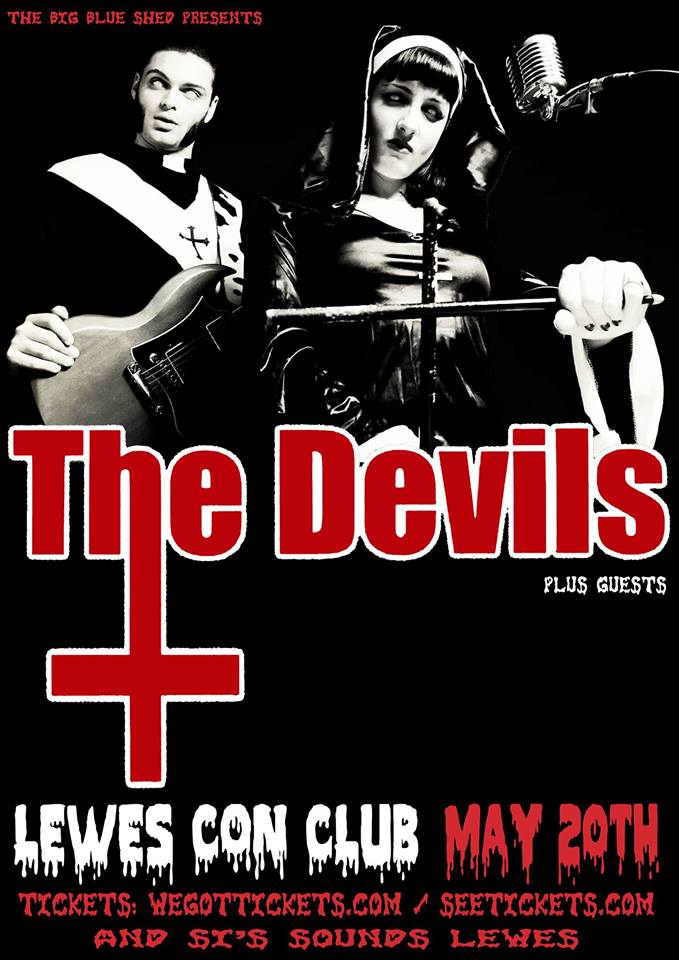