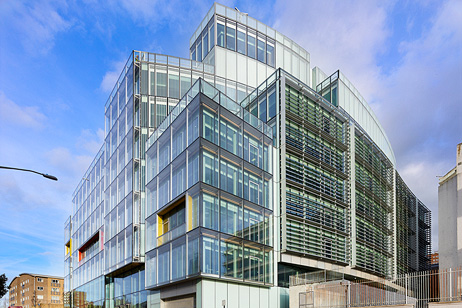 American Express has its European headquarters in Brighton

An Amex employee who defrauded his employers out almost £30,000 by lodging false insurance claims has been spared jail after his wife’s “eloquent” plea for the court to send him to addiction counselling, not prison.

Steven Nicholas, 34, also pleaded guilty to diverting more than £8,000 out of the family bank account and set up accounts in his now ex-wife Sarah’s name to feed his gambling and cocaine addiction.

But despite this, and a previous history of taking family money, she asked the judge not to send him to prison because it would cause their young children yet more suffering.

The six frauds he committed at the Amex happened between December 2016 and August 2017, when he working as a relationship analyst, discussing travel insurance claims with a counterpart at Axa Insurance, who underwrote Amex’s travel insurance.

Prosecuting at Brighton Crown Court yesterday, Beverley Cherrill said: “In each case they were unusual claims in that they weren’t substantiated by documents. He told Axa that Amex had decided the customers were good enough customers that the claims should be approved anyway.

“Each of the claims was paid into a bank account in the defendant’s name set up for his benefit and filtered out to pay for gambling and cocaine and other debts he had accrued.”

She also describing how he siphoned money out of the family account, diverting sums of £7,239.09 for mortgage payments and council tax payments of £896. He also set up a bank account in her name which led to a loss of £66.48 and a credit card on which he ran up debts of £1,751.94.

The court heard that Nicholas, who now lives in Billingshurst, was made redundant and received a payout of £23,000, of which £8,000 was used to repay the mortgage arrears.

The rest was used by his ex-wife to repay previous debts to her he had racked up in the course of his addiction – although Ms Cherrill said this did not cover all of them.

However, she added: “[Sarah] has no wish to see him go to prison. He’s a good father to her children and she feels they would suffer even more than they have if he went to prison.”

Defending, Ivan Krolick said: “This is clearly a very sad case of a man of previous good character who has fallen into addiction and is striving to find his way out of it.”

“He has no assets with which to pay, he is a man who has stripped himself of all of his assets.

“The children spend virtually half their time with him and he accepts his responsibilities to them.”

Judge Paul Tain told Sarah Nicholas he was grateful for her victim impact statement, which was not read out in court, before sentencing Nicholas to 15 months for each of the ten counts of fraud, suspended for two years, along with 100 hours of unpaid work.

He told the defendant: “Your wife’s impact statement eloquently sets out the way in which this type of offending impact those who are close to the defendant.

“It makes the position there that was no wish to achieve a prison sentence for the sake of it and it seems to me that is the correct position to take.

“Any committed offences both in respect of these offences and historic offences have been brought about as a result of addictive difficulties.

“It’s everybody’s wish that you should be able to get help for that.”

He said that a victim surcharge would be made of an amount to be calculated after the hearing, but that no compensation order would be made, adding: “I’m sure that were you to win the lottery tonight or something like that, the beneficiary of it would be your ex-wife.”

The six counts of fraud relating to the Amex travel claims were: