Most councillors perform their role alongside day jobs or as a public service once they have retired.

For most there is a balancing act between serving their community and paying the bills.

Exceptions include the majority in senior leadership roles in unitary, metropolitan or county councils, whose allowances rightly allow them to devote themselves fully to the job they are elected to do.

But being a council leader isn’t a job for life and nor should it be. In Brighton and Hove City Council seven of the last eight leaders have lasted either one or three years in the job. I should know, as the most recently departed from the role after three.

When that departure was announced, there was much comment on the likely next steps and financial implications. A typical comment was that I would “get a big payoff, of course”.

Perhaps they were confusing council leaders with MPs, who can get a loss of office payment of up to £17,500, plus a pension of almost 47 per cent of their final salary.

Councillors get no payment and their ability to pay into the Local Government Pension Scheme was abolished by Eric Pickles in 2015 – ironically at the same time as workplace pensions became mandatory.

Others assume that I would walk straight into a job with one of the firms the council does business with. No, no offers have been made. And in most cases that would be unethical or – in the case of a leader continuing as a councillor – banned entirely.

Suggestions might also be made about brown envelopes. We have the common portrayal of corrupt local elected officials to thank for this misconception. As it happens, I blew all mine on that yacht in Hawaii.

More positively, people predicted there would be great demand for the experience and transferable skills of a council leader who had also served as a scrutiny chair, fire authority member, police and crime panel member, local enterprise partnership board member and more.

And this is where it gets troubling. In applying for a role on a social care organisation board, I was told that leading a council “was not an equivalent to proper boardroom experience”.

This was despite the staff and budget being a fraction of the one I had been accountable for as leader, working with the executive team.

Never mind, I thought: on to agencies specialising in third sector, social housing, health care and so on. This was a total blank. Looking at non-executive trustee roles, most are seemingly looking for retired finance directors and view being a full-time councillor as something of a “career break”.

For some of course it will have been, and they will have a business or profession to return to. In my case, thanks to a part-time role with my then MP, a small legacy and the special responsibility allowances in my authority, I’ve been full time in local public service for 16 years. That’s a long career break. 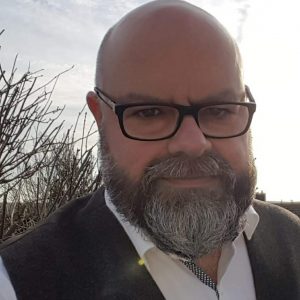 As a group leader and then council leader, I’ve sat on the other side of the table in the recruitment process for political assistant or senior officer roles often enough to know that those who don’t meet the person specification get weeded out quickly.

A council leader is not going to meet any job spec unless they are applying to be, well, a council leader. There’s nothing like it.

Most council leaders throughout the history of local government will have come in for some criticism in the local press. Today though that criticism can be ferocious, sustained, libellous and malicious, with social media heeding few of the legal restraints newspapers do.

And all that is searchable by potential employers, who may not understand that this kind of thing comes with the territory.

This isn’t a statement of regret on my part or an attempt to dissuade anyone from leading their council. It’s an enormous privilege and immensely rewarding, even in these financially impossible times. I’d not change my time in the role for anything.

But it does invite some questions about whether the cliff edge of leaving the role might put people off doing it at all, even if the politics, the long hours, the cynicism, the austerity and other factors councillors must contend with don’t.

Parliament has a careers advice service available for members who depart through defeat or through choice. No such service exists for council leaders. With so much else for local authorities to deal with, and with such little funding available to do it, surely it is unfair to add to their burden.

So who should help? The Ministry of Housing, Communities and Local Government won’t, the Local Government Association might and perhaps there is a mutually beneficial role for some other organisation.

Ultimately it is a question for the whole sector. If local government wants to attract the best into its leadership roles, doesn’t it have a responsibility to help them out?

Councillor Warren Morgan is a member of The Independent Group of councillors and the former Labour leader of Brighton and Hove City Council.

This article was first published by LGC (Local Government Chronicle).