A Brighton internet marketing firm is facing questions over the £237 million collapse of an investment business.

Surge Group PLC, of Portland Street, Brighton, has also been asked to return the £58 million that it made from the failure of London Capital and Finance (LCF).

The LCF scandal is under investigation by administrators from Smith and Williamson, the financial and professional services firm.

Surge may also face questions from the Serious Fraud Office and the Financial Conduct Authority which have started their own investigations.

Four men have been arrested since the criminal investigation began.

There is no suggestion though that Surge, which was founded by the entrepreneur Paul Careless, has broken the law.

Smith and Williamson has though written to Surge asking for the return of the profits that it made from pushing a form of investment known as mini-bonds to more than 11,500 customers.

Surge marketed the mini-bonds on behalf of LCF, having developed the LCF website and online comparison sites to promote mini-bonds.

LCF collapsed in January and now experts from Smith and Williamson are dealing with the fall-out, presenting creditors with an update this week.

Many of those who put their money into the unregulated mini-bonds were people who had retired and were looking to invest their pensions or life savings.

But Smith and Williamson said that millions of pounds of their money ended up going to the man in charge of LCF’s biggest borrower.

The administrators said that they had found a “number of highly suspicious transactions”, with some of the cash spent on a helicopter, land in the Dominican Republic and a rundown holiday village in Cornwall.

They did not believe that many of the companies that borrowed from LCF would be likely to repay their loans. 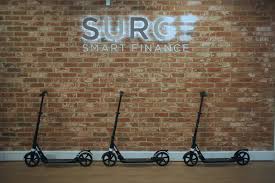 The Financial Times said: “The scandal is one of the most far-reaching to hit UK retail investors in recent years.

“LCF sold unregulated “mini-bonds” to many retirees or first-time investors at promised returns as high as 8 per cent which in some cases it erroneously claimed had tax-free Individual Savings-Account (ISA) status.

Smith and Williamson said: “There are a number of highly suspicious transactions involving a small group of connected people which have led to large sums of bondholders’ money ending up in their personal possession or control.”

Its report had a section on the “role of Surge Financial Limited, otherwise known as Surge” and said: “Surge is an online marketing company, which, as it has been explained to us, facilitated information and application details received from prospective bondholders (and re-investors), prior to the receipt of monies from an investor.

“These staff would deal with all applications, whether originating online, by telephone or by post.

“All applications were checked by Surge for reasonableness / errors / signatures, before sending to LCF. Client queries were also dealt with by Surge. 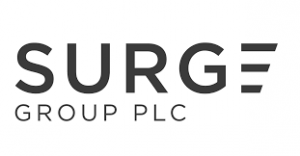 “Surge was responsible for the design and maintenance of the company’s website, investor portal and for the advertising and publication of the LCF financial products, via website comparison sites, internet search facilities and general press articles.

“Bondholders unsurprisingly thought they were dealing with employees of LCF when they were, in fact, dealing with LCF branded operatives of Surge.

“For the above services, Surge charged 25 per cent of the gross investment, invoicing LCF directly.

“The joint administrators have met with the directors and owners of Surge. They continue to maintain a dialogue with Surge as part of their investigations into the affairs of the company.

“In particular the administrators are investigating the c£58m paid to Surge by LCF in respect of its charges, what the profit element of that payment to Surge was and what connections exist between those involved with Surge, LCF and LCF’s borrowers and sub-borrowers.”

Surge told Brighton and Hove News: “Surge Financial Limited provided LCF with a full outsourced range of services over a number of years. These ceased when LCF entered administration in January 2019.

“Surge has a number of clients and its fees for LCF are in line with the industry standard.

“LCF was an FCA regulated business and it signed off all marketing materials and financial promotions prior to publication, as required by FSMA (the Financial Services and Markets Act 2000) section 21.

“Surge was a supplier of services used in relation to raising investment for LCF. It did not handle client money and had no involvement in the deployment of funds to borrowing companies.”