Brighton all girl punk band show them how it’s done 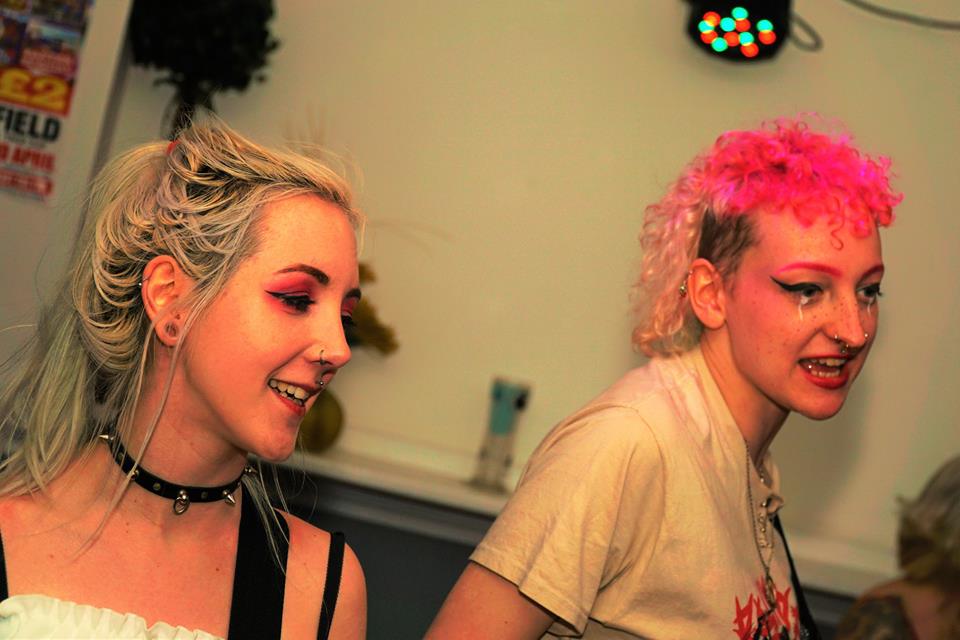 Every once in a while you get a girl band that arrives on the scene that you seriously cannot ignore, as they push against the boundaries of what people perceive a girl band should look, sound and behave like. We are talking about such luminaries as The Slits and L7, and now you can add Brighton’s very own Pussyliquor to that list. 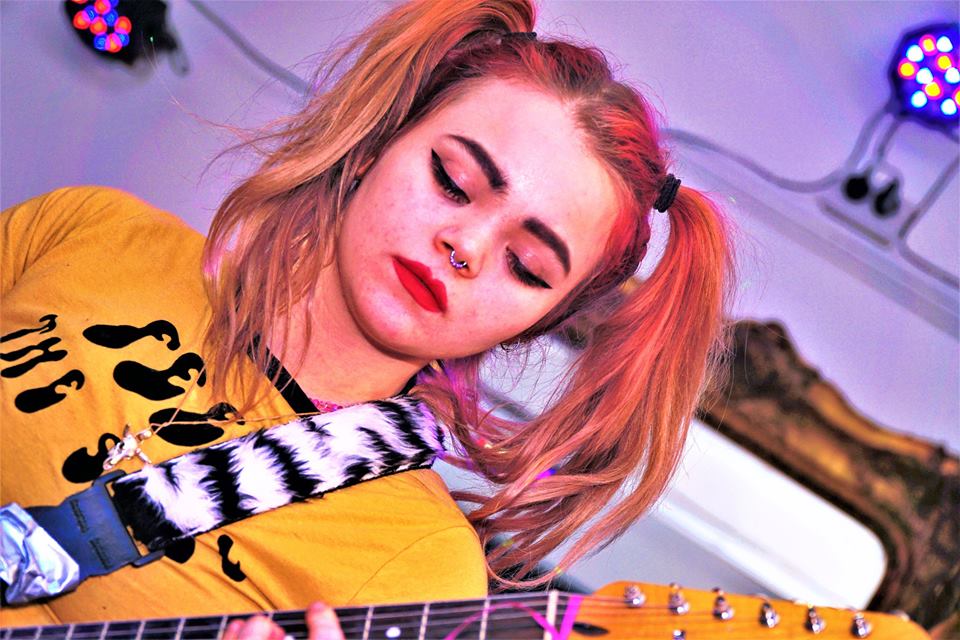 The Pussyliquor personnel proudly boasts Ari Black (Vocals), Victoria Lewis Piper (Drums), Hannah Villanueva (Guitar), Lucy Priddle (Guitar) and Tallulah Turner-Fray (Bass). They met up around two and a half years ago via their degree courses with ‘Access To Music Brighton’ (which used to be based in Melbourne Street) and bonded over a passion for hard-core music and even harder core feminist beliefs. With an average age of around twenty one years old – they have the no-nonsense and in your face approach that recalls the spirit and energy of Cosey Fanni Tutti and the aforementioned L7 and The Slits. Together they’re fighting a cause and celebrating what it means to be a woman. 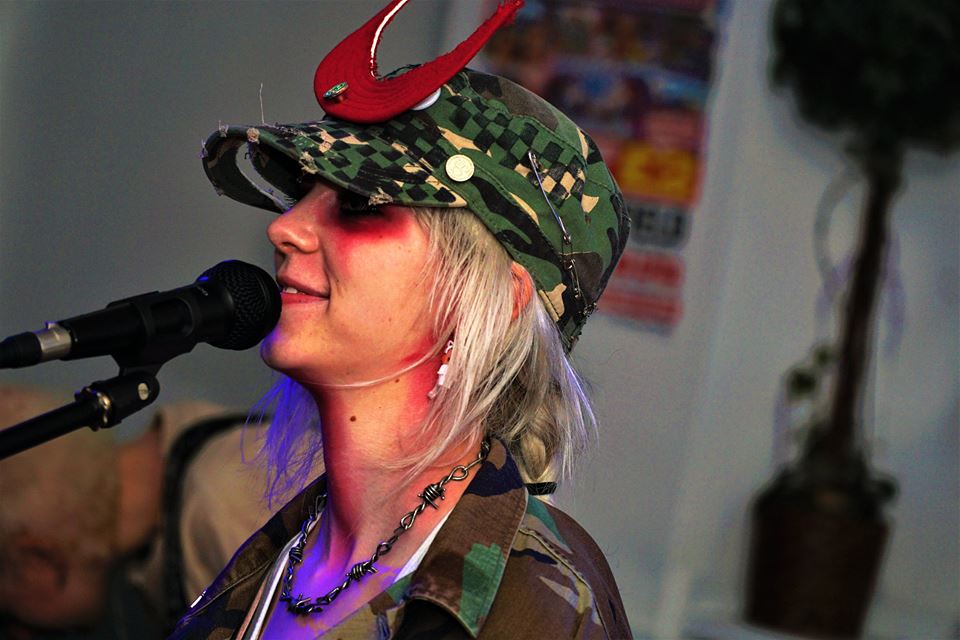 Tonight four of the Brighton & Hove News music team decided to have an Easter away day and followed the ladies across the county to Bexhill, where they had been booked to appear as headlining act at ‘Shawnee Presents…Punk At The Sussex’ event at The Sussex Hotel, as part of the bands five date April tour, calling in at Brighton, Basingstoke, Kingston, Bexhill and London. 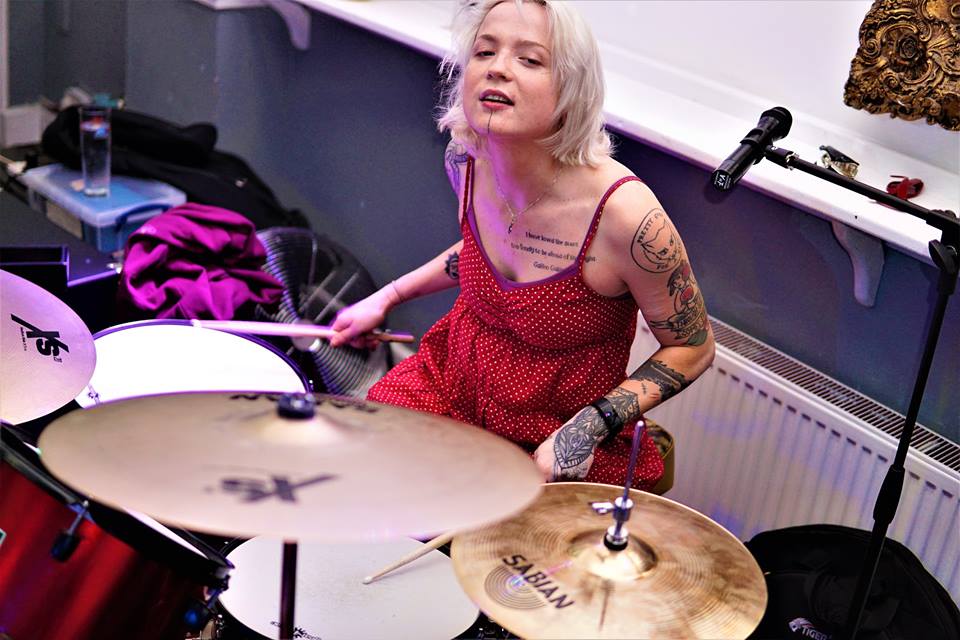 This evening there were four bands on offer of varying styles of music and so this wasn’t totally an evening of out and out punk. It had something for almost everybody. Performing alongside Pussyliquor were Pond Life, Sky Cassettes and Turtle Circles. 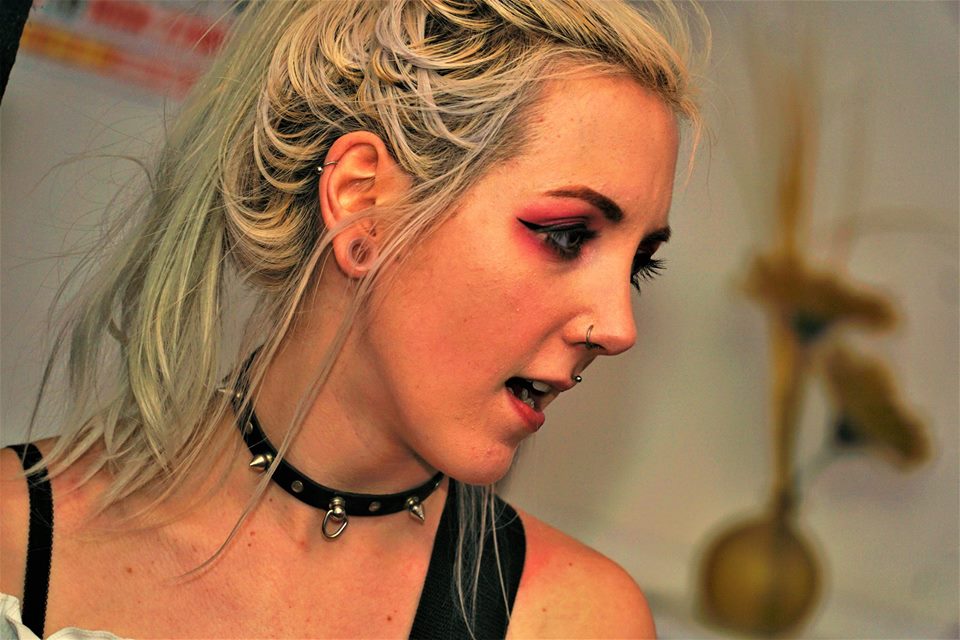 Pussyliquor performed nine tracks for us lucky punters this evening and right from the off, singer Ari had the crowd eating out of her hand and in fact during one number the band decided to be most unpunklike and played a track sitting on the floor and the crowd were requested to follow suit, which a majority dutifully complied. 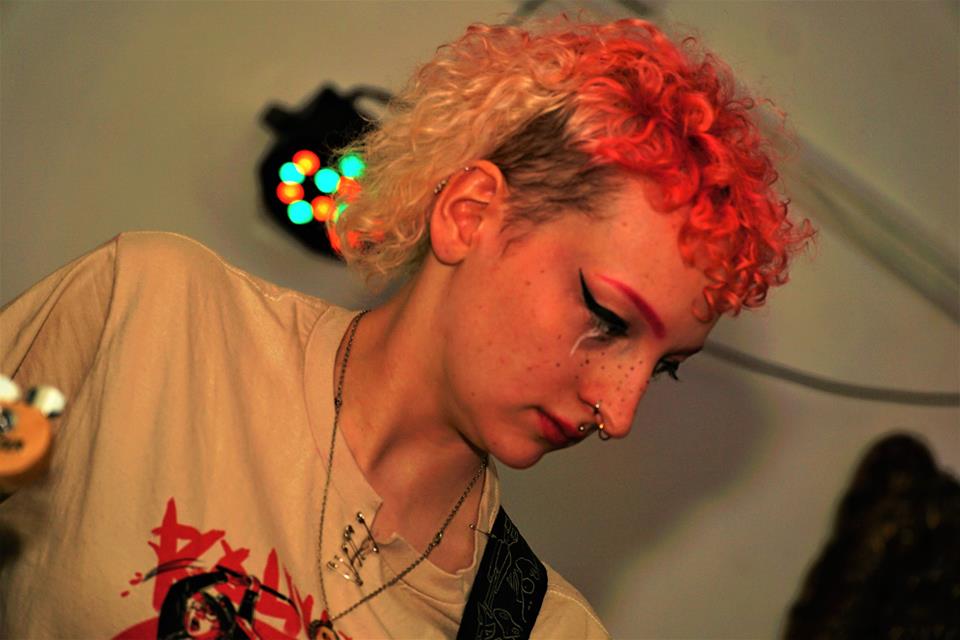 The Sussex Hotel thankfully isn’t a large venue as sadly the promoters loaned out five microphones just prior to the event and they came back broken (God knows what they did with them!). Thus this resulted in there being not enough microphones to go around and so backing vocals had to be shouted out by the remaining members of the band. I found this quite amusing as having previously witnessed their set a few times, the girls were still going through the motions just as if the microphones were there – professionals to the end! 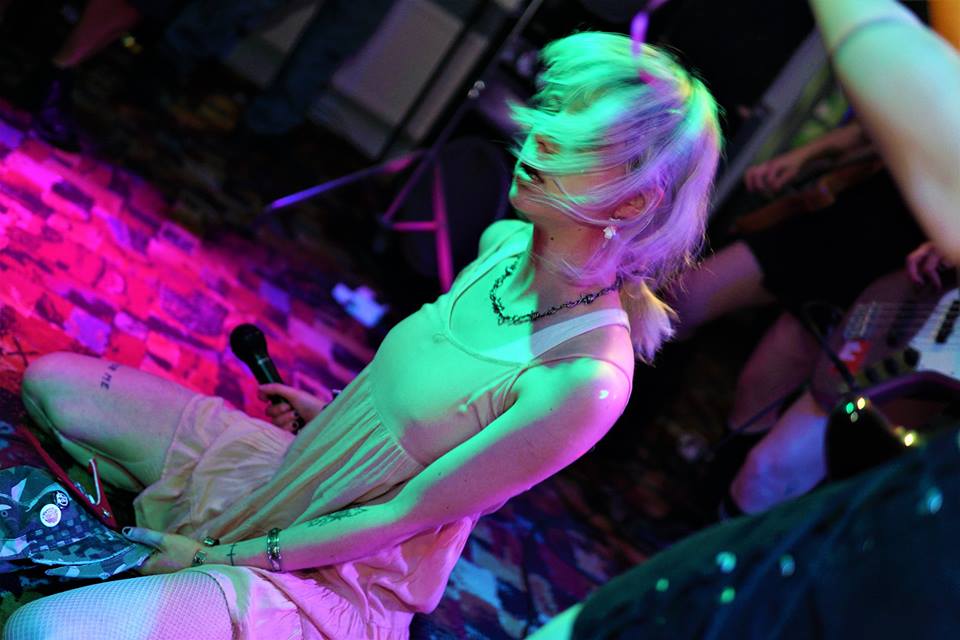 Ari encouraging everyone to get down on the floor at The Sussex Hotel, Bexhill-on-Sea 19.04.19 (pic Alan Poole / Al’s Gig Photos)

The girls opened their set with ‘Kitty Kitty’ (watch their video for the tune HERE) which was shortly followed by one of my personal favourites, the sarcastically observational ‘Pretty Good For A Girl’. They thankfully also gave an outing to the shouty ‘My Body My Choice’, which just about sums up the bands ethics – watch their video HERE. 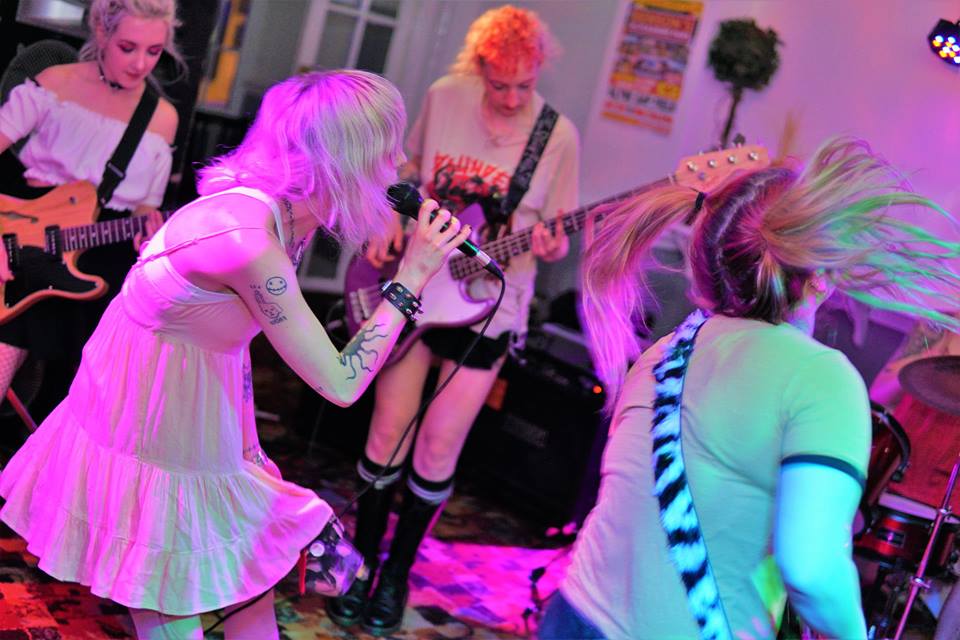 Eight numbers in and that sadly was it, but the crowd demanded more and were duly served my fave Pussyliquor track ‘Get Out’ Which you can enjoy HERE. 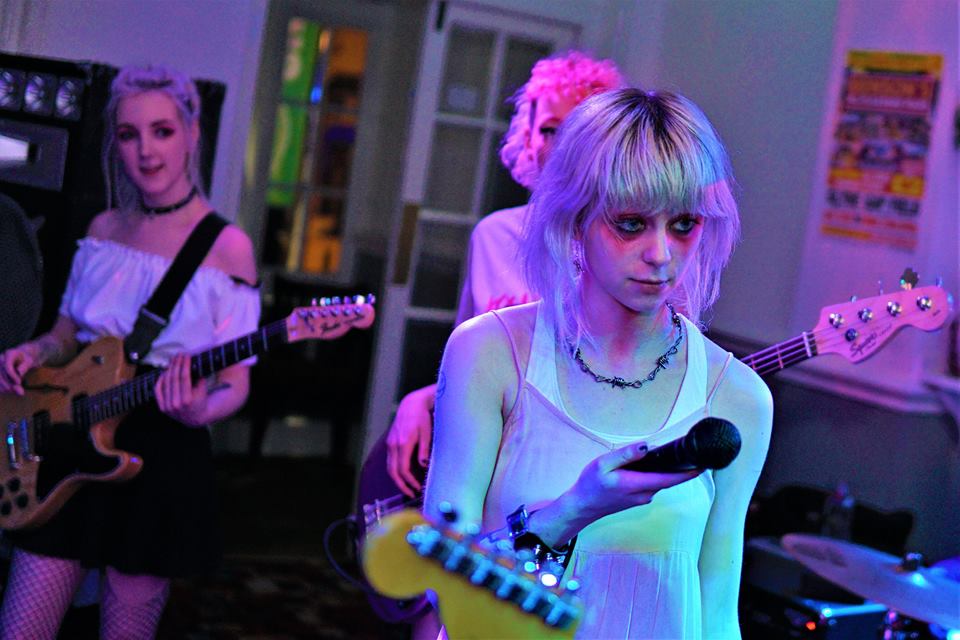 Was it worth the sixty mile round trip? Hell yeah! Grab your slabs of Pussyliquor vinyl HERE. 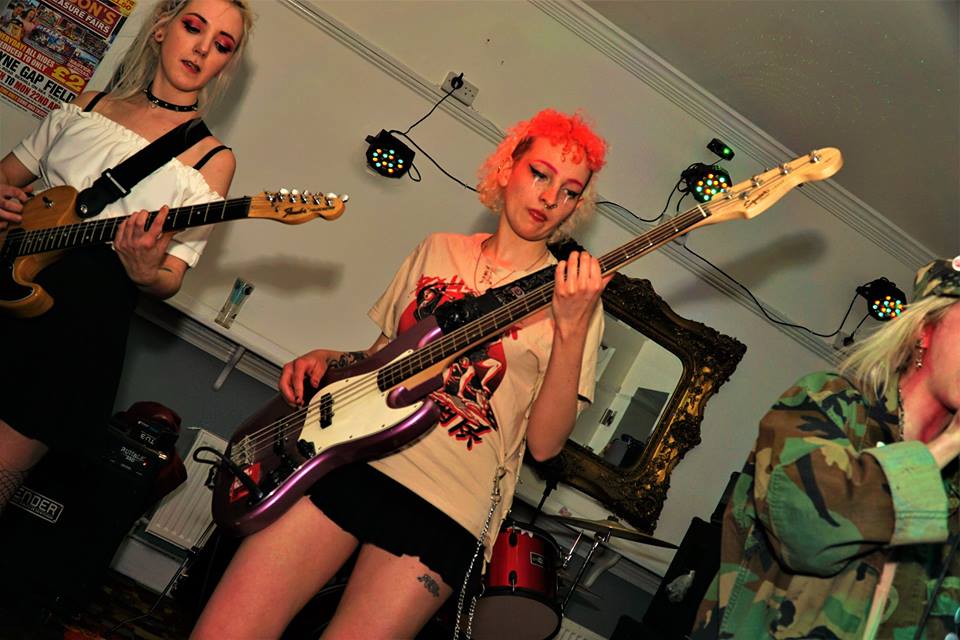 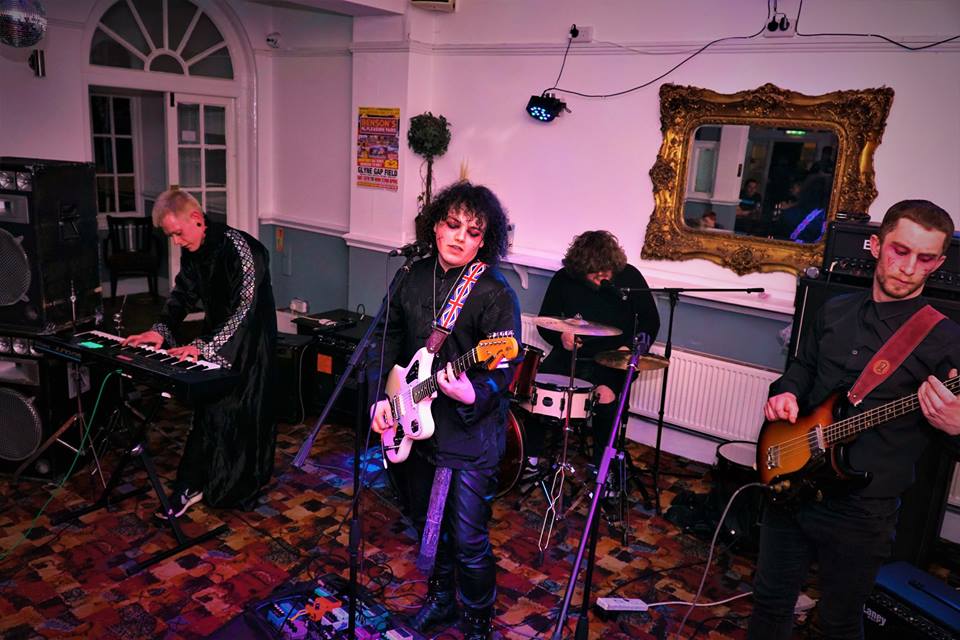 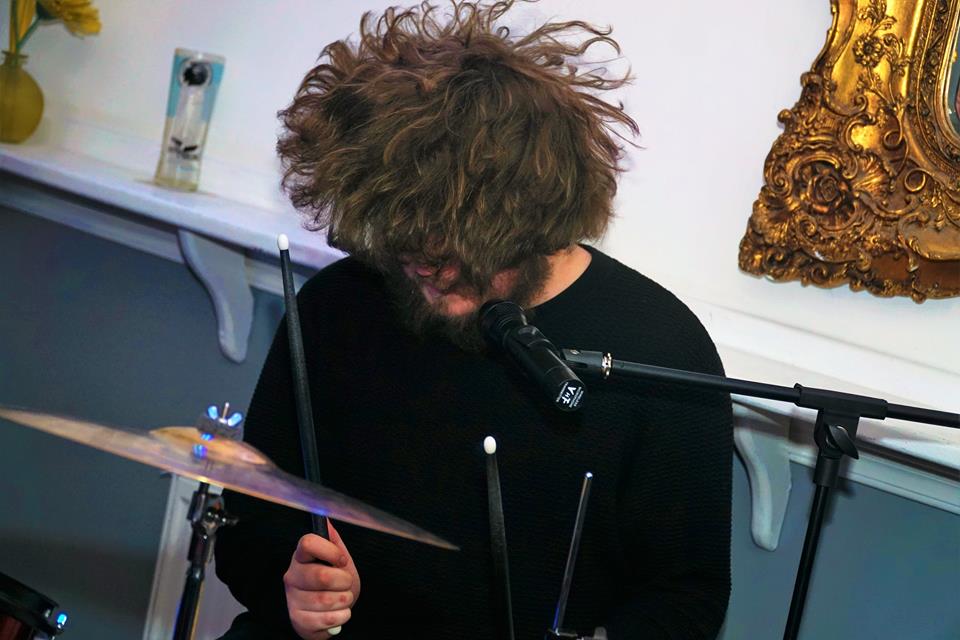 These lads like to mix it up music wise and this can be seen by the bands image, which this evening saw vocalist Coor sporting the Robert Smith meets Marc Bolan look, whereas James on keyboards (who often had his own musical agenda during their set) was going for the Rick Wakeman look. Drummer Luke was making a good job of looking like Animal from the Muppets meets the Hair Bear Bunch and the mystery bass player stood there. 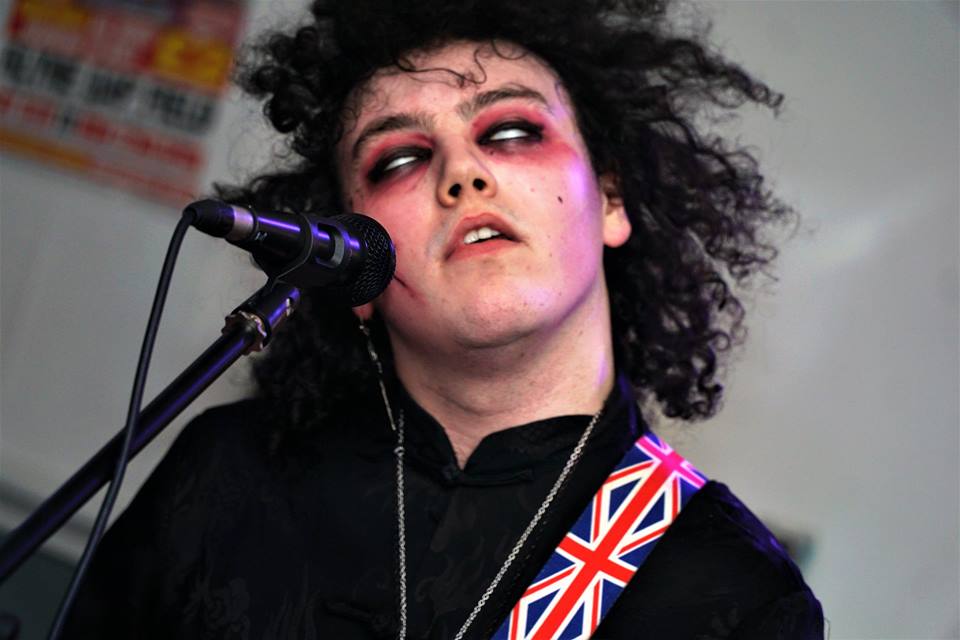 Coor has the stage presence and during their set was very kind in taking off a set of beads from his neck and giving it to a little lad that was there with his dad – nice touch mate – random acts of kindness doesn’t hurt anybody. 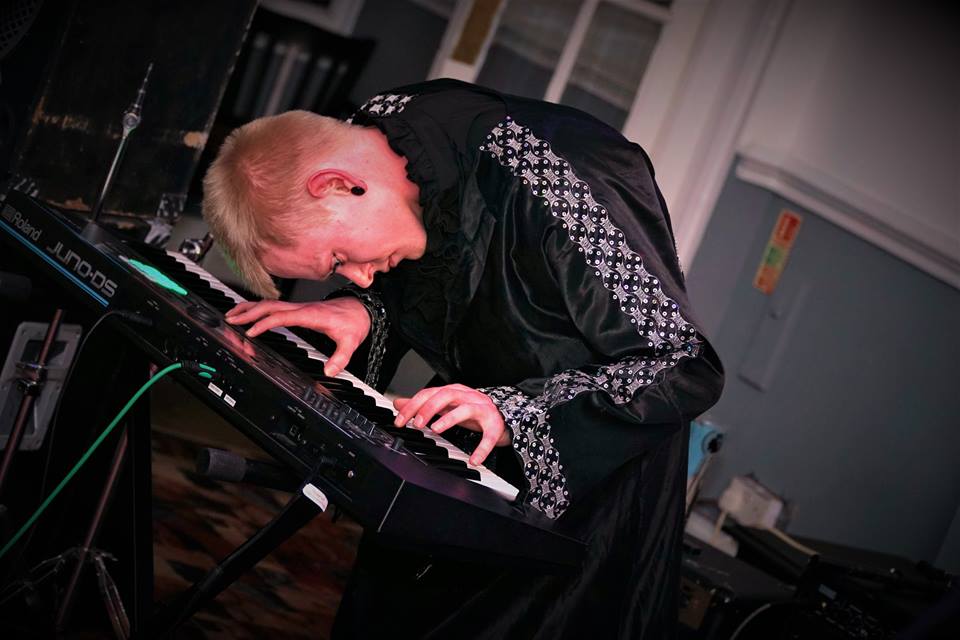 They opened with ‘Red And White’ which not surprisingly was followed by ‘20th Century Boy’ by T. Rex and then after a while came the lead single from their new EP in the form of ‘Convicted’, which as Coor admitted to me was strongly included by Joy Division, with that track being ‘Disorder’. 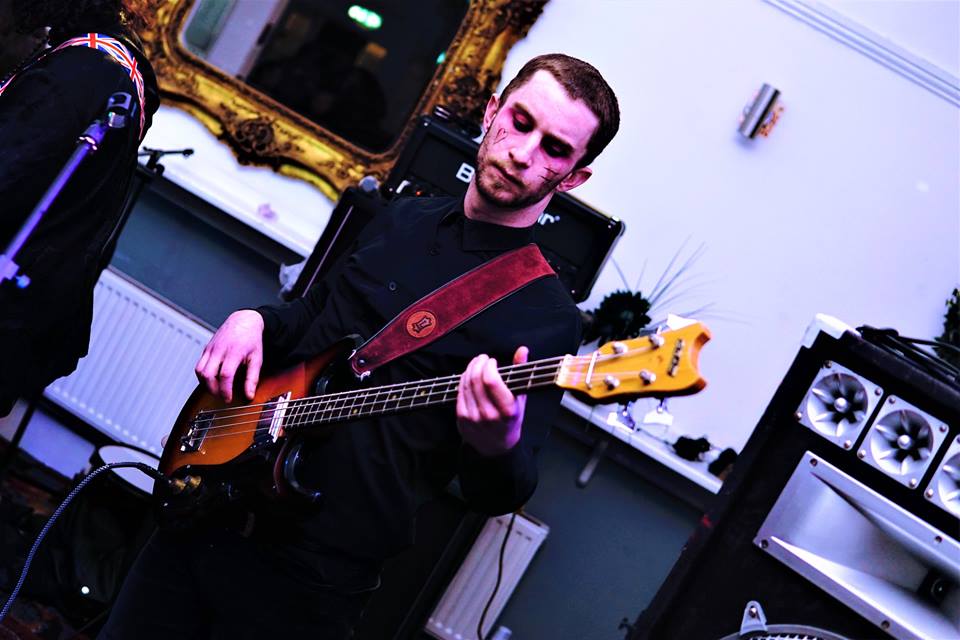 In summing up, Turtle Circles are a band that I feel haven’t quite found their niche yet, but I’m sure Coor will drag them in the right direction. 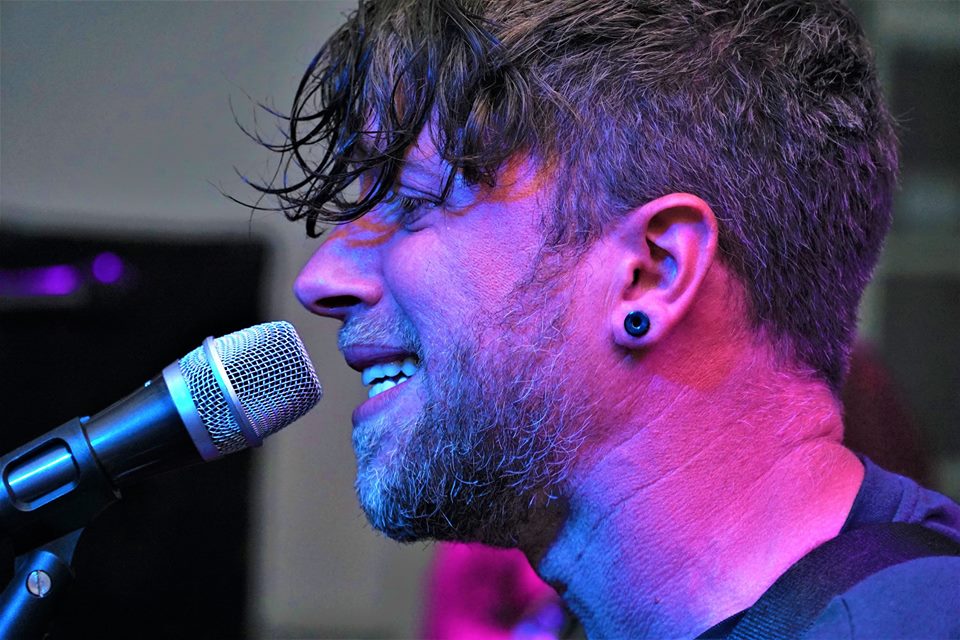 Sky Cassettes are an indie-rock trio from south-east Kent, which is made up of Adam Smart (vocals/bass), James Wells (guitar/vocals) and Liam Foy (drums). These lads don’t rely on any image or gimmicks, they simply let their music do the talking. Clearly they had been practising quite a bit as they were the most polished act on the night. 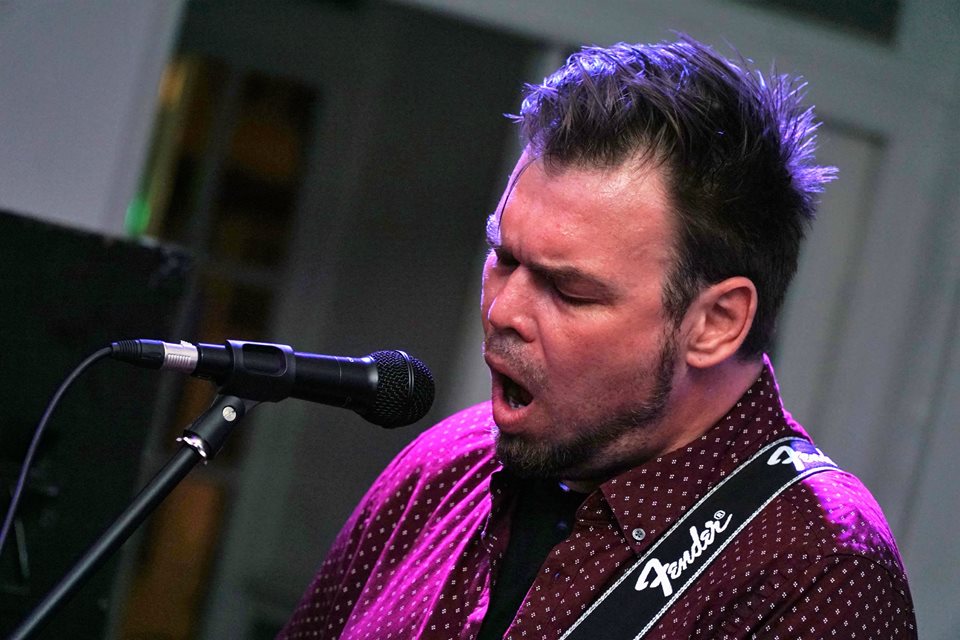 Their set got better and better with the more songs that they played. Initially one could argue that they could have initially be likened to a host of bands that appearance on Stiff Records back in the day, but then my colleague threw the name The Red Jumpsuit Apparatus, who to be honest, I had never had heard of before. However on further investigation, he is absolutely bang on the money with this, as they sound exactly like them. 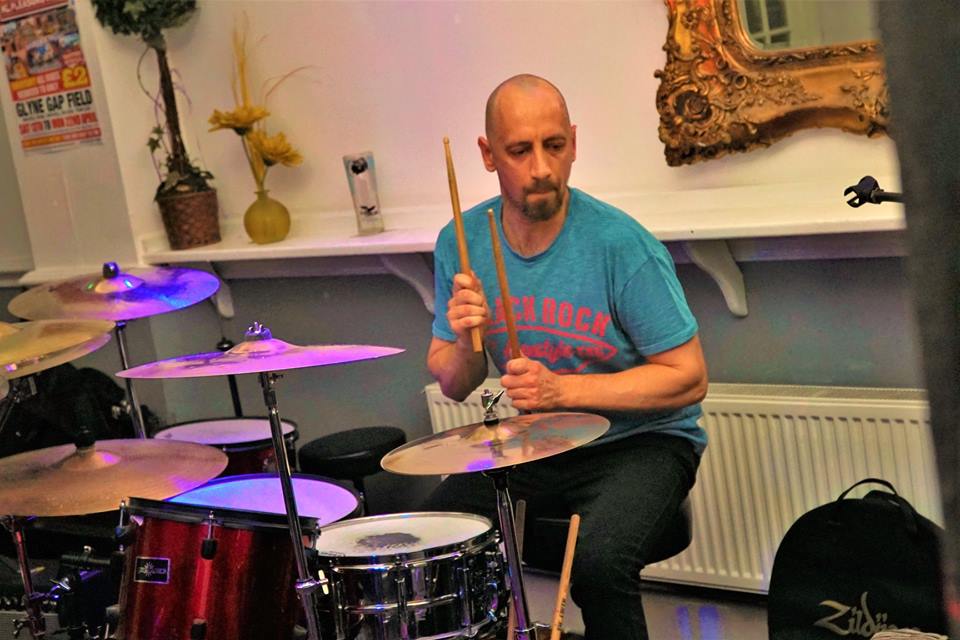 One of Sky Cassettes standout tracks this evening is entitled ‘Ordinary’ (which one could arguably liken to their image), but I would be very surprised indeed if these lads didn’t go onto bigger and better things with the band as they clearly have the potential to do so. 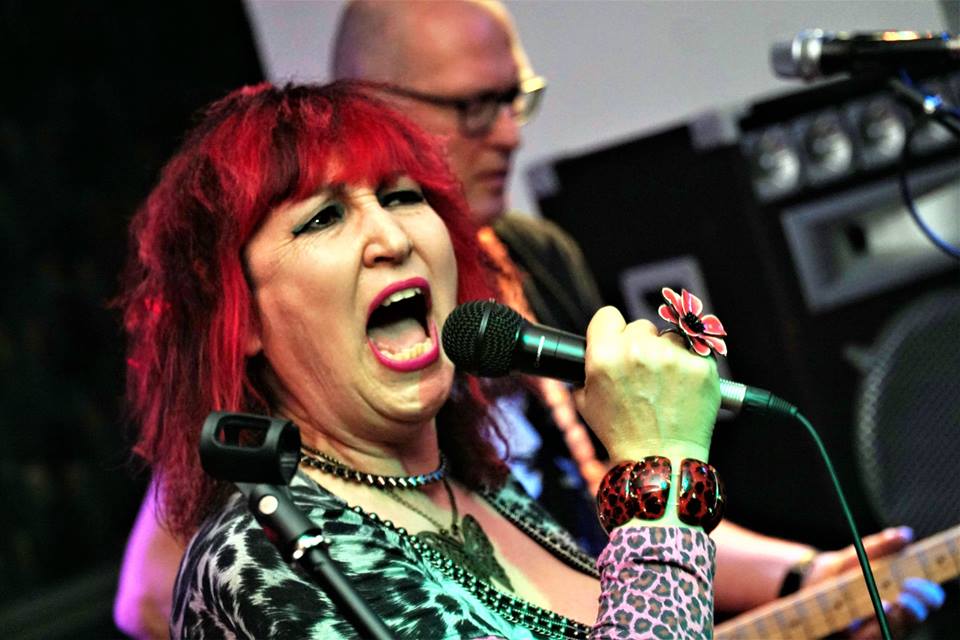 Finally it was time for Shoreham-by-Sea’s Pond Life to get up and perform. Clearly this is a mature band that are out to have a bit of alternative punk fun and drag the audience along with them. If you want to have a lesson on how to grow old disgracefully, then this lot are contenders! 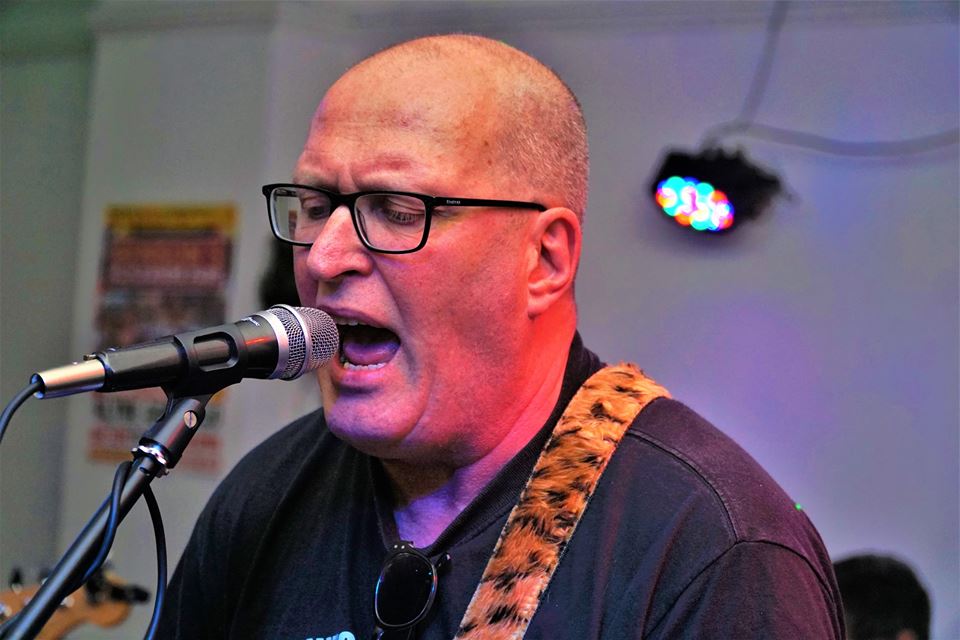 Obviously not content at staying at home with their dressing gowns, pipe and slippers whilst watching the latest re-run of something as awful as Miss Marple, this quartet have got off of their posteriors and are spreading comical messages via their tunes. I would assume that they are led by a husband and wife team of vocalist Bunny and guitarist/vocalist Psycho, judging by the way they were cuddling prior to their set – Ahhhh bless! Bunny is a red-haired, curvaceously happy lady that has seriously got a Pauline Murray (Penetration) and Fay Fife (The Rezillos) image going on, with a hint of Janet Street-Porter. Psycho, bass player Mr Blonde and drummer Animal are just normal looking chaps really, however Psycho does have an air of Adrian Edmondson about him. 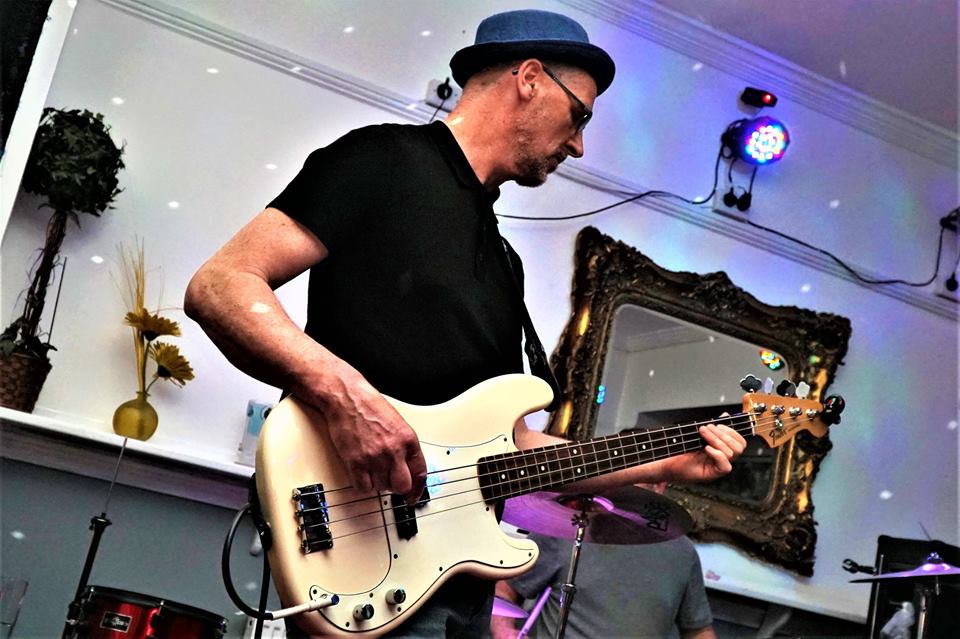 You can get an indication of their act by the title of one of their songs…..‘Never Underestimate The Anger Of Tolerant People We Are Rioting Inside’ – or at least that’s what I thought it was called. Another classic being ‘Hilary Distillery’ and their final number ‘Stupid Song’, which Chas & Dave would have been proud of, which addresses subject of people talking whilst the bands are playing! Just don’t get me started on that one. 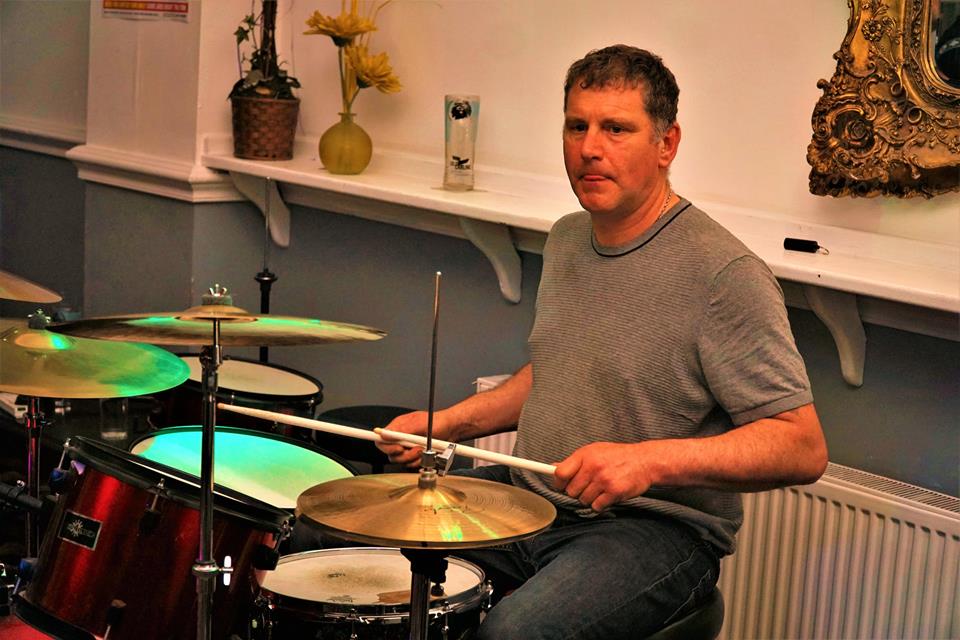 Thanks to promoter Shawnee, who is a Henry Rollins fan, for another enjoyable night out. 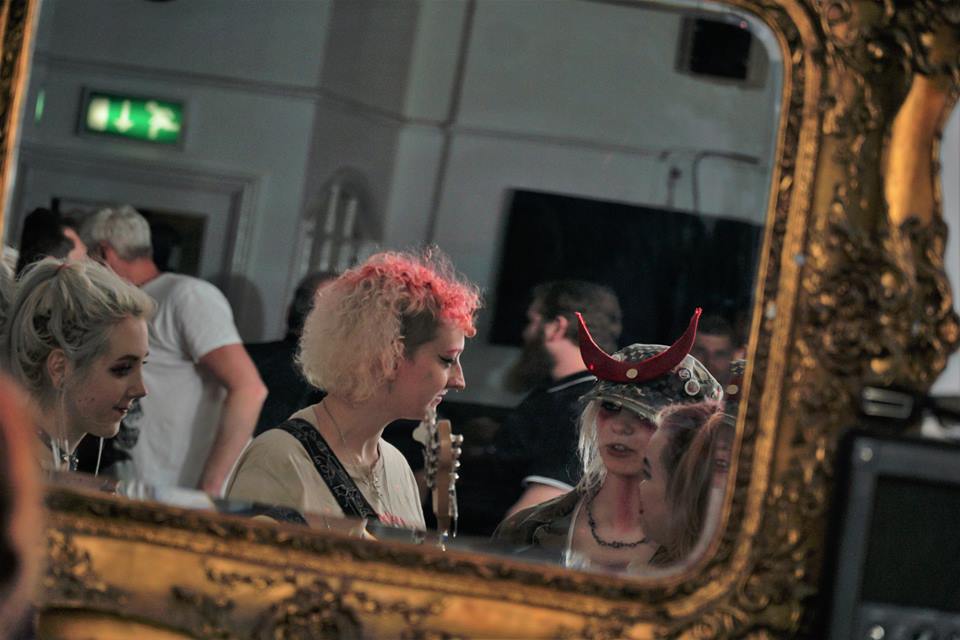 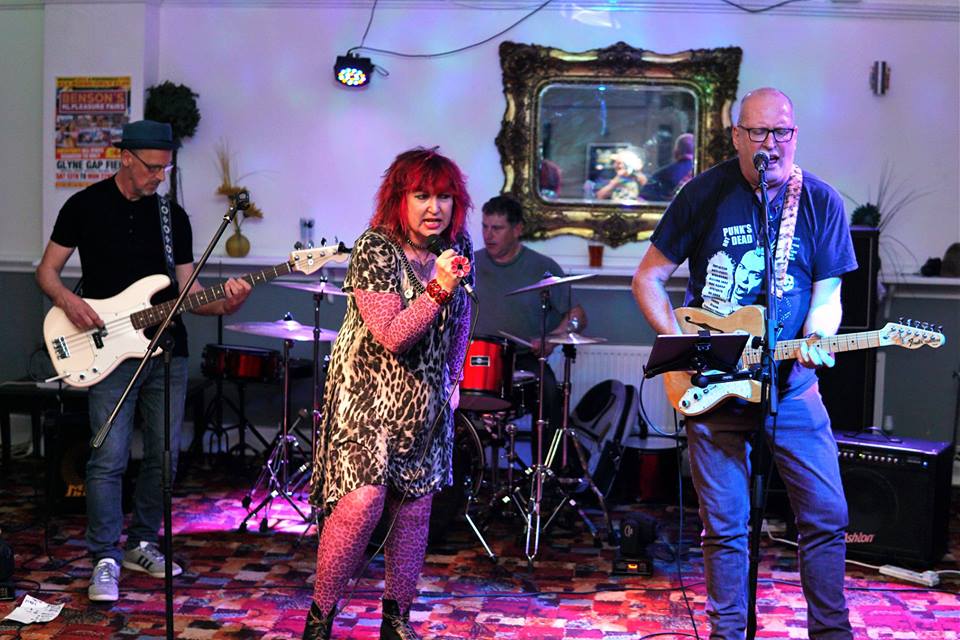 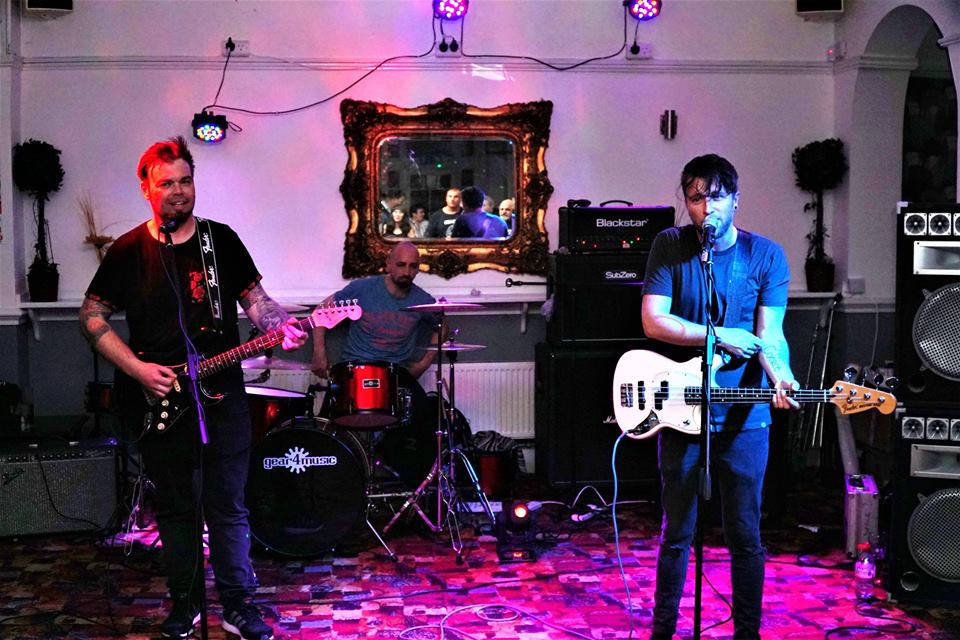 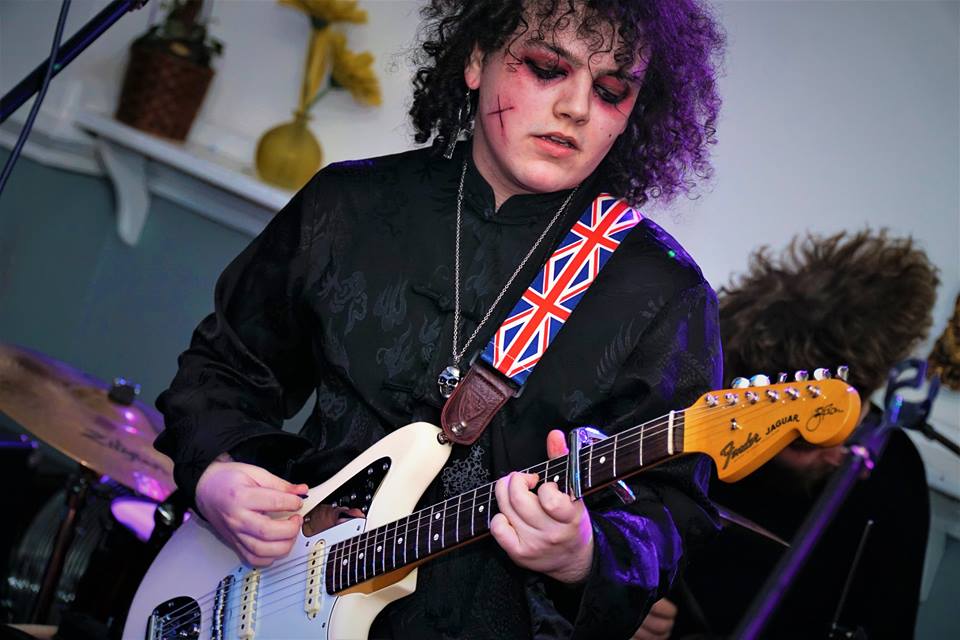 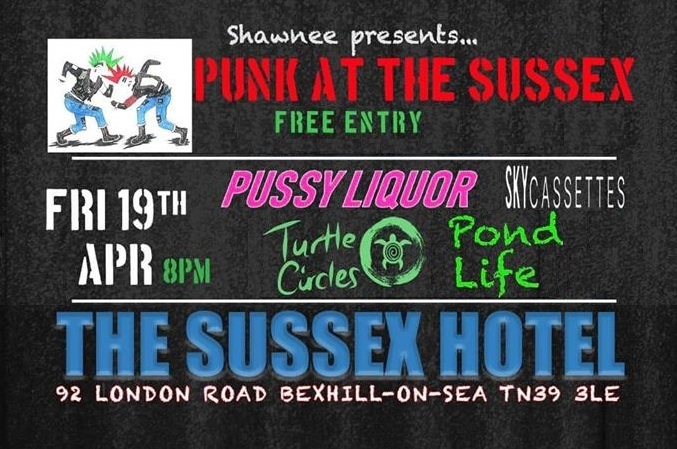 Ultra defensive points the way for Brighton and Hove Albion