Hundreds call for end to using schools as polling stations 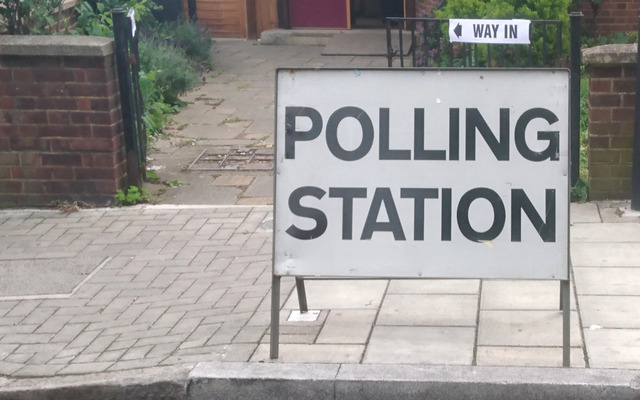 Parents and governors are calling for an end to schools closing for a day to become polling stations.

Some of Brighton and Hove’s schools closed twice this month when people went to vote in local and European elections.

Now hundreds of people in Brighton and Hove have signed a petition calling for an end to the practice.

The petition was started by Downs Infant School parent Faye Brockwell and has received strong support from the governors of Cottesmore St Mary Primary in Hove, who sent out an email urging parents to sign.

Vice chair of governors Arthur Gallagher said: “There was a time when it made sense for schools to host polls, as a focal point of small communities, and you could vote when you dropped off the children.

“Unfortunately, in the modern age, safeguarding issues means that many are forced to close for polling day.

“I did speak to one local headmaster who is proud to be able to continue to serve the community by hosting a polling station, but many of them, like Cottesmore, are frustrated by being forced to close against their will.”

Since 2012 Cottesmore’s governors have pushed for another location as the school is used as a polling station for parts of Hove Park and Goldsmid wards.

Mr Gallagher said: “We understand that the council has the right to use maintained schools as polling places free of charge.

“If the cost of hiring alternative venues is considered as a factor, then perhaps the council should balance any cost against the value they place on missed days of education.

“If each one of our 430 pupils was to be fined for a single day of unauthorised absence, the total fine value would be £25,800.”

Since May 2014 the school in The Upper Drive has been used as a polling station seven times.

He pointed out if a general election and/or second EU referendum occurs this year, then the school’s year five pupils will have lost two weeks of education time.

Downs Infant School parent Jessie-Mae Colman does not see why a temporary building could not be used in the school car park, or an alternative such as the One Church in nearby Florence Road.

She said: “They could stick a cabin in the car park. It would be inconvenient for some teachers not to be able to park for a day but not as inconvenient as the whole school closing surely?

“I am really lucky I can work from home and my boss is very understanding, but others have to take leave, or lose pay.”

The petition on the city council website also points out the authority states children can only miss school if they are too ill, have a medical appointment, are travelling to or from work experience or have asked permission in advance.

Just before Christmas a letter went out to all school children reminding parents absence had to be approved unless youngsters were too sick.

The petition is going before the council’s Policy, Resources and Growth Committee which meets in public on Thursday 12 July from 4pm at Hove Town Hall.