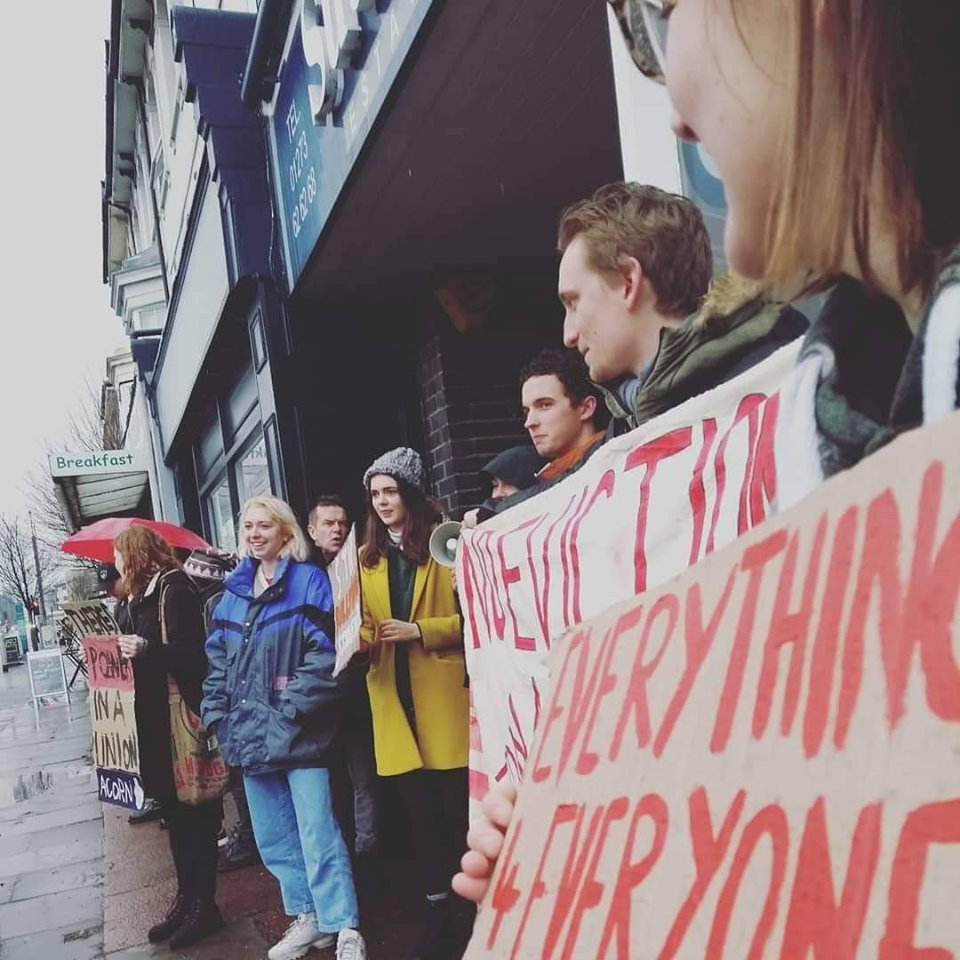 Landlords are feeling under attack at the moment. Let’s look at the facts.

They have their fellow landlords in Parliament making sure that no laws are passed that may go against their interests.

Housing laws in this country, since forever, have been designed almost exclusively from their narrow vantage-point.

And they have seemingly countless industry lobby and representation groups fighting for them through the courts, in the press and in local government.

But, yeah, beyond that, they are completely powerless.

Of course, I am being sarcastic. Yet you’d be forgiven if you got that impression from any of the many comment sections underneath news stories about some of the quite minor changes the government has been proposing to current housing laws.

The government, for example, has recently broached the idea of scrapping the section of the Housing Act that allows landlords to evict tenants on certain kinds of tenancies pretty much willy-nilly.

And landlords are beside themselves. According to a recent survey of landlords by the Residential Landlords Association, almost 50% of landlords say they will probably sell part or all of their rental properties if their apparently God-given right to throw renters out on the street, sometimes on a whim, is interfered with in any way.

In a move that has likewise angered landlords enormously, the government has also moved to scrap letting fees.

You might wonder, what kind of person doesn’t like the fact that renters no longer have to pay extortionate administrative fees whenever they want to embark on the increasingly commonplace act (for Generation Rent at least) of ending a tenancy at one property and beginning a tenancy at another property?

The answer: apparently, landlords who have become accustomed to having renters pay for their lunch.

The duties they “perform” are duties that should otherwise be performed by landlords. Why then are tenants the ones paying for those services?

At a time when renting and being on the move are near synonymous (according to a 2016 Shelter study, 29% of renters moved three or more times in a five-year period), renters haven’t had much of a choice but to cough up for their landlords’ free lunches.

Campaign groups like Acorn the renters union and the London Renters Union have campaigned for years to force the scrapping of letting fees.

And the government has finally caved in. As from Saturday 1 June, charging renters letting fees becomes illegal, although letting agencies can still charge them to landlords directly.

According to Citizens’ Advice, the average letting fee paid by tenants in England is £400. And they include such fees as check in and check out fees, tenancy renewal fees, referencing fees, credit check fees, etc.

Acorn branches across the country will be marking the changes with a Seize the Fees campaign on Saturday 1 June. The branch here in Brighton will celebrate with a renters march around the city.

The march will have two purposes. Firstly, Acorn will hope to spread the word about the changes. Renters should be under no illusion that just because the law has changed that landlords will not find ways to squeeze fees through – if they can get away with doing so.

They can, of course, raise rents to cover them, and that is a different problem we need to take on urgently. But they can no longer levy fees, which makes a real difference when you’re trying to move in without going into serious debt.

Moreover, knowing that they no longer have to worry about finding an extra £400 (on average), in addition to deposits, advance rent and moving costs will likely bring renters some respite in making their accommodation decisions.

The second purpose of the march is to speak with letting agencies in the city, with a view to getting as many of them as possible to sign a pledge not to squeeze in fees through the backdoor – perhaps by calling them something else or adapting the payment schedule.

Acorn’s hope is that the march shows landlords and letting agencies that renters have their eyes on them.

But Acorn and renters in the city know that as soon as the celebrations come to an end, the fight must continue. And, this being Brighton and Hove, the fronts on which renters have to fight are more plentiful than in almost any other city in the UK.