Two Brighton suffragettes could be remembered with blue plaque

Two suffragettes will be remembered with a blue plaque if it is given permission. 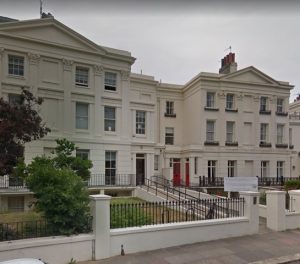 Octavia Wilberforce and Elizabeth Robins would be named on the plaque proposed for their former home at  24 Montpelier Crescent in Brighton.

Both were important figures in the early 20th century women’s movement.

Octavia Wilberforce was the great-granddaughter of anti-slavery campaigner William Wilberforce.

Despite having little in the way of formal education, Dr Wilberforce started studying the required five subjects for matriculation, which would see her enter the London School of Medicine for Women in 1913 aged 25.

Her parents opposed her plans but she was supported by Miss Robins, an American actress and writer.

In 1923 after her training and after working for three years in hospitals, Dr Wilberforce bought and set up her own general practice at 24 Montpelier Crescent, now Seven Dials Medical Centre.

Miss Robins, who was 26 years older than Dr Wilberforce, moved in with her friend in her later years.

Application for a blue plaque is on Brighton and Hove City Council’s planning website at planningapps.brighton-hove.gov.uk by searching for BH2019/01511.