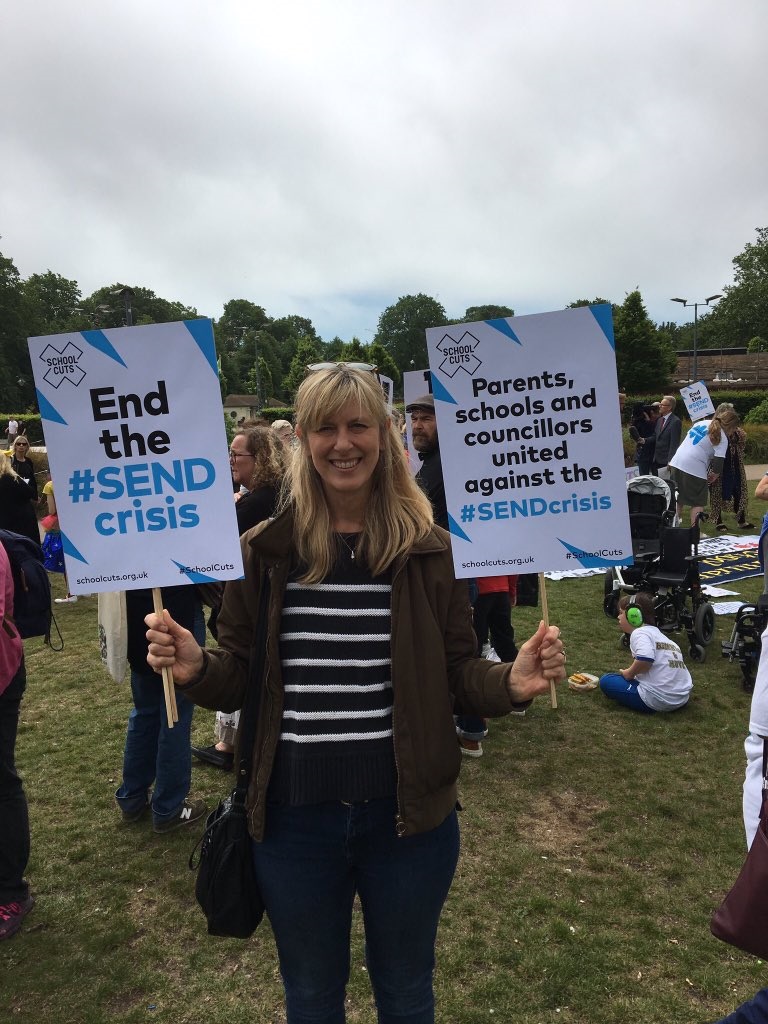 A society is judged by how well or badly it treats its most vulnerable members. By that metric, Britain’s scorecard isn’t looking particularly pretty.

The simple idea of folding different benefit programmes into one large programme, if it makes navigating the benefits system a simpler and more straightforward affair for claimants, is quite laudable.

The real-world effects of the policy, however, have been nothing short of an unmitigated disaster. It has left low-income families worse off. It has exponentially increased the risk of suicide (as a result of increased stress) among the most vulnerable communities. It has created a debt crisis that isn’t getting nearly as much attention as it deserves, etc.

Another recent example of how callously the most vulnerable are treated — which has animated campaigners across Britain, including in Brighton, this past week — is the cuts to funding for students with special needs and disabilities.

According to an analysis by the National Education Union, over £1.2bn in real terms has been cut from the SEND (Special Educational Needs and Disabilities) budget since 2015.

Responding to the crisis, Nadia Turki, co-founder of SEND National Crisis, said: “We can no longer remain silent when our children are suffering for want of adequate Government funding.

“We are demanding a necessary change to the framework to ensure workable regulatory controls, and to ensure SEND funding is ring-fenced to ensure delivery precisely where it is most needed.”

The organisation staged protests at 26 locations across the country this past week and delivered a petition signed by over 14,000 people to 10 Downing Street.

At the Brighton protest, over a hundred parents, children and teachers poured out unto The Level to make their feelings known. They were addressed by many affected families, as well as the MP for Brighton Kemptown, Lloyd Russell-Moyle. A number of the newly-elected councillors were also in attendance.

Perhaps an important question to ask is about why the government feels the need to continue cutting funding for services that serve the most vulnerable people, despite all the evidence of the effects of the cuts.

Let’s assume, for one moment, that austerity is not the political and ideological choice that it really is. That is, let’s pretend that it is really the case that “overspending” by national governments on social programmes is a key drag on recovery post the economic melt-down of 2008. We know that it isn’t, but let us grant that it is, for the sake of argument.

If you and I had the opportunity to decide which parts of government expenditure should bear the brunt of the cuts, would we self-consciously choose to raid the budget for services that help children with special needs and disabilities?

What is the moral view that would justify such a choice? How would we sleep at night knowing that we have proactively undermined a child’s development by our political choices?

Here’s the deal: what these cuts show is a level of callousness toward the poor, the vulnerable, and toward working people that is perverse in government today.

Philip Hammond (the Tory Chancellor of the Exchequer) and his rich friends in the City who helped crash the world’s economy in 2008 don’t need these services. Their lives are well-oiled with the loot from their manifold schemes screwing over ordinary people.

But Mr Hammond feels he can serve your children up as a burnt (almost literally) offering on the altar of his austerity religion. To them, your children are nothing more than collateral damage, a “difficult decision”.