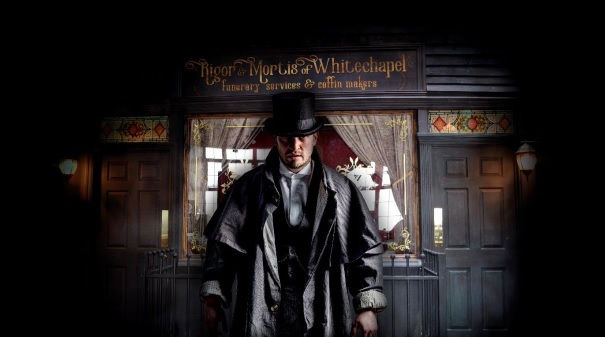 A new Jack the Ripper experience in Brighton has been criticised by rape support workers who say it glamourises and sensationalises violence against women.

The Jack the Ripper Walk of Terror opens later this month at the Phileas Fogg World of Adventures complex in Hollingbury, and says visitors will be “scared to death” when walking through a recreation of the streets the Victorian serial killer murdered five women.

But Survivors Network, which runs Brighton’s rape crisis centre, says the attraction “does a disservice” to women whose experience of violence has not been taken seriously.

A spokeswoman for Survivors Network said: “We were surprised to learn that a Jack the Ripper themed experience was being opened in Brighton. This is a troubling way to respond to the brutal murders of multiple women, seeming to celebrate, and certainly profit from, the actions of this violent man.

“It seems there has been little to no thought about the fact that sex workers remain a highly vulnerable group, and that prevalent violence against women means that many of us already walk through the streets in fear without having to imagine a serial killer is following us.

“As a Rape Crisis Centre, we support survivors for whom the reality of violence is all too present. To glamorise a serial killer who targeted vulnerable women, and to promote it with salacious and sensationalising language, does a disservice to those women and to the many women since whose experiences of violence have not been taken seriously.

“To refer to these women as ‘prostitutes’ is dehumanising, and plays into the very culture that led to their deaths not being considered worthy of investigation in the first place.

“We are deeply concerned that this is opening in our city, and hope that Phileas Fogg reconsiders what we believe to be a damaging, insulting experience designed to make light of the brutal murders of multiple women.”

Debbie Owen, managing director of Phileas Fogg’s, said: “Jack the Ripper Walk of Terror is a fully immersive scare attraction, and under no means are we looking to glorify or celebrate the work of Jack the Ripper.

“Instead we look at history through the eyes of the victims, offering an opportunity to learn what it was like to be living in London in the 1880s and we also celebrate the lives of these victims.

“As a woman, a mother and having previously worked with vulnerable young people, I fully understand Survivors Network’s concerns and would like the opportunity to discuss how this experience can support and promote awareness.

“On a separate note I am quite concerned that any correspondence sent out by us has used the term prostitute. I have made it very clear that this term must not be used when describing these ladies, so please accept my apologies and I will pull my team together to reiterate this to them.”

The attraction opens on Saturday, 29 June. It’s based on the unsoved murders of five women in Whitechapel between 7 August and 10 September in 1888 and uses actors to “bring the streets to life”.