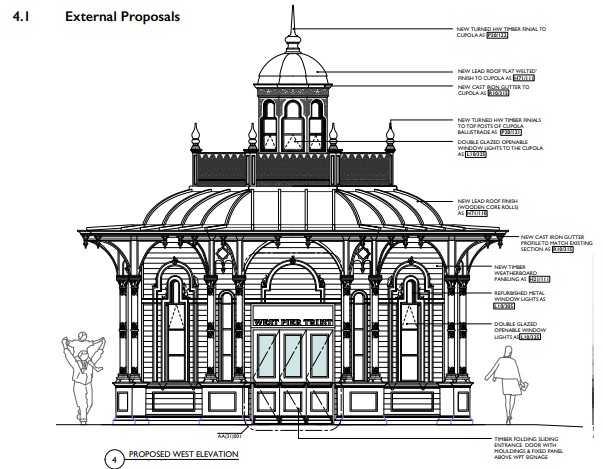 More than 20 years after it was dismantled, plans to rebuild one of the West Pier’s original kiosks have finally been submitted.

The West Pier Trust has asked Brighton and Hove City Council for permission to site the kiosk, which it says it the world’s oldest surviving pleasure pier building, to the east of the i360 at beach level.

The trust will use original cast iron fixings from about one and a half kiosks which are in storage in Horsham after being dismantled in 1996.

They were originally intended to be put back onto a rebuilt pier, but those hopes were dashed in 2003 following two arson attacks on the derelict Grade I listed structure. 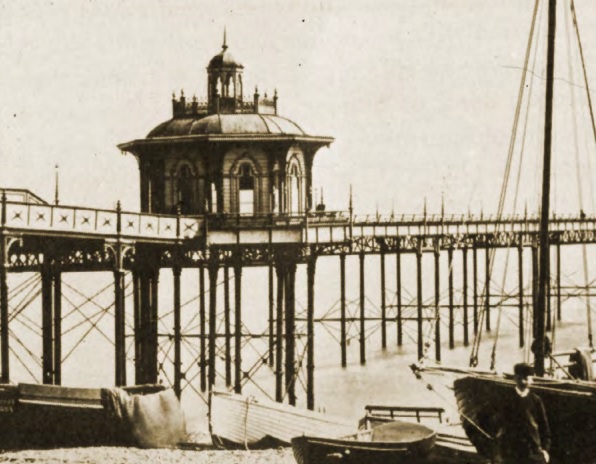 The West Pier kiosk on the pier

The application says: “Although the Kiosk is the single surviving building from the 1866 pier, originally it was one of six identical buildings – at the time called ‘ornamental houses’ – on the body of the pier above the sea.

“The surviving pier kiosk is of exceptional historical and architectural value.

“When originally erected in 1866 it and its now lost companions were the largest pier buildings to have been constructed.

“As such, the kiosks were the ‘essential precursor’ to the larger pier pavilions that became common later in the nineteenth century.

“Eugenius Birch’s kiosks were of breath-taking and revolutionary design. Nothing like them had been seen before.

“Indeed, contemporary commentators struggled to describe them and it was some time before they became known as kiosks (in the 1860s ‘kiosk’ was just emerging as a word to denote a light ornamental building).

“On its opening, the pier overall – of which the kiosks were such an important part – was likened to ‘a kind of butterfly upon the ocean to carry visitors upon its wings and waft them amongst the zephyrs and balmy breezes of Brighton’.” 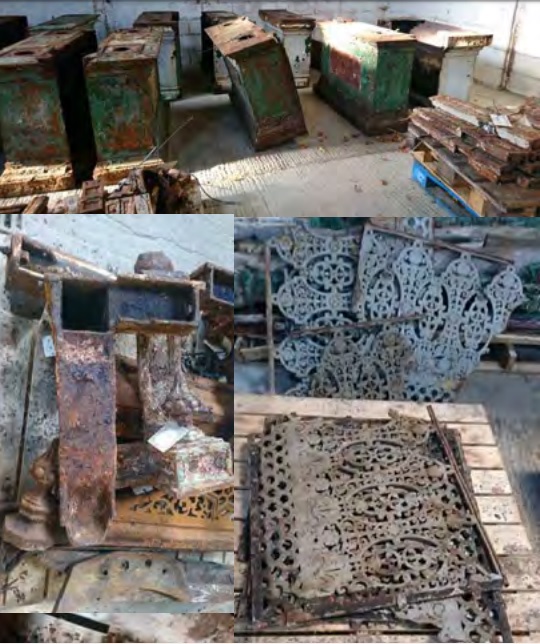 The trust says it wants to restore and rebuild as much as possible of the existing structure.

Where it does not have the original materials, replicas will be made, including timber weatherboard pannelling and rolled lead roofing.

However, it hopes to use original cast iron columns and balustrades which is says is damaged but otherwise “in remarkably good condition”.

It says: “The cast iron was the critical material used in the design and making of the kiosk, providing both structural strength and the unique ornamental designs that make the kiosk decoratively so innovative and distinctive.

“Although only the cast iron survives – there is significant historical photos and architectural evidence of the timber panelling, beams and glazing – which was used in the construction of the kiosk, this evidence will allow the faithful reconstruction of the complete kiosk.”

Once complete, it will be used to house what the trust says will be the UK’s first seaside learning centre, with “an imaginative programme of activities and events designed to attract and benefit people of all ages”.

The two toll houses at the pier’s entrance were replicated – since they could not be restored – in 2016 as part of the construction of the i360.

The pier was designed by Eugenius Birch in 1863, with work starting the following year and completed in 1866.

Its only buildings were the eight kiosks, along with windshields and lamps with a motif inspired by the Royal Pavilion’s music room.

The first pavilion was only build in 1893, with the concert hall following in 1916.

The pier was closed during the war for security reasons, and damaged in 1943. It reopened again but struggled to regain its former popularity and its owners fell into financial difficulties.

In 1969, it was Grade II* listed to protect it from proposed demolition. It was then closed for safety reasons in 1975, and its listing increased to Grade I in 1982.

It was soldt to the West Pier Trust for £100 in 1983, which sparked a round of fundraising, and a restored root end was reopened in 1987.

In 1998, the newly created Heritage Lottery Fund approved a £14.2million grant for its restoration.

By 2002, a £1.2million design phase began, but the following year the concert hall partially collapsed, and then the arson attacks took place.

In 20014, the lottery funding was withdrawn, and the first proposals for the i360 were proposed.

However, it was not until 2014 that funding was secured, partly through a loan brokered by the city council. The i360 finally opened in 2016, offering views of the city and the rusting skeleton of the pier.