The last shop in a parade of five looks likely to be turned into a house. 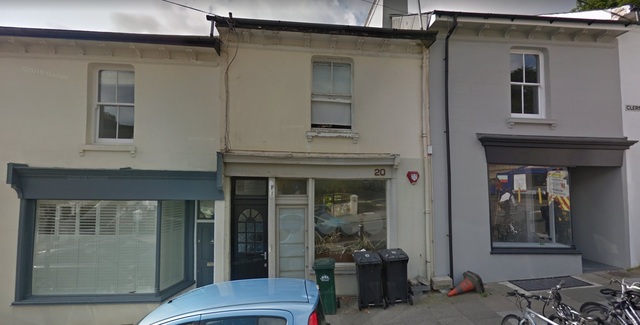 Over the past 30 years the shops in Clermont Road, Brighton, by Preston Park station, have closed down one by one.

There used to be a cobblers, a florist and the Brighton Clockworks.

The building has not been used as a shop for 13 years which, Mr Sturgeon said, justified the change of use under planning law.

In Brighton and Hove, the owners of shops or business premises are expected to advertise them for at least a year to prove that there is no demand for them.

Mr Sturgeon’s said in his planning application: “It is well known that the high street and retail units are failing across the UK.

“1,772 shops have disappeared from Britain’s town centres, as record numbers of customers opted to do their shopping online – equating to almost five store closures each day.

“There are many shops that have closed down in central Brighton and Hove leaving empty shop spaces which could have alternative use.”

The Clermont Road shops in Brighton 10 years ago

No external changes are proposed to the former shop which is in the Preston Park Conservation Area.

The application can be seen at planningapps.brighton-hove.gov.uk. Search for BH2019/02214.