Campaigners call for action to clean up the A27

Campaigners have called for action to clean up the A27 and said that some parts of the road have not had rubbish collected for three years. 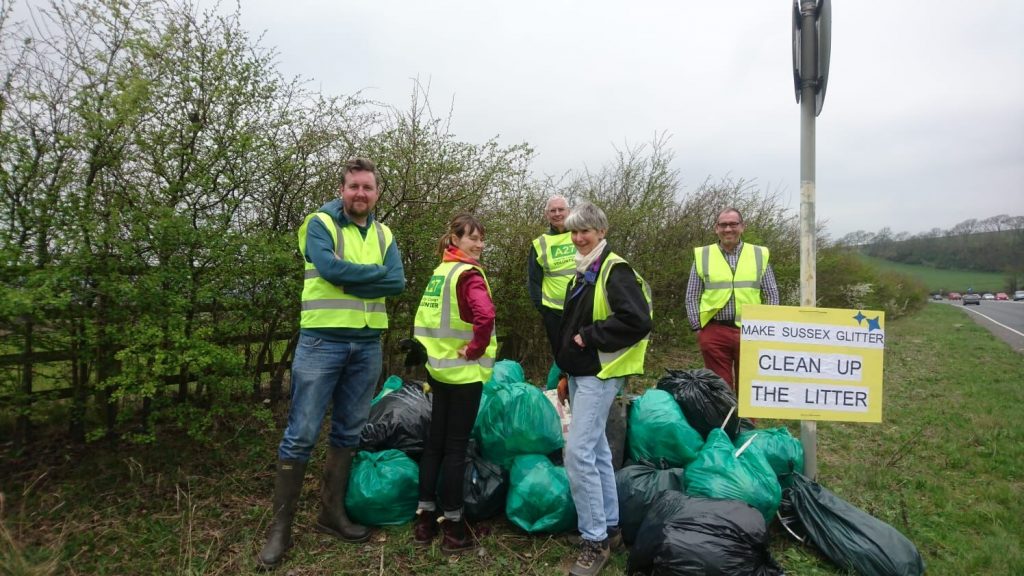 Litter has been left by the roadside and – when contractors have cut back weeds, shrubs and branches – the rubbish has been shredded and spread.

As a result, plastics and other rubbish are polluting crops, animal feed and the water course, prompting MPs and council leaders to urge the government to simplify the rules around roadside litter clearance.

They are particularly worried about safety, with the risk of debris causing a crash – or clogging up drains and leading to dangerous flooding.

A new campaign group – the A27 Clean Up Campaign – has been formed to try to ensure that those responsible for the roads play a proper part in keeping them clear.

Brighton Kemptown MP Lloyd Russell-Moyle and Brighton and Hove City Council leader Nancy Platts – both Labour – are among those backing the campaign.

They have been joined by one of the former councillors for Moulsecoomb and Bevendean, Maria Caulfield, who is now the Conservative MP for Lewes.

Other supporters include Brighton and Hove taxi driver Neil Parkin, who also serves as the Tory leader of Adur District Council.

And they have been joined by the new Green leader of Lewes District Council, Zoe Nicholson, who works as a health chief in Brighton.

The group has written to Grant Shapps, the new Tory Transport Secretary, urging him to make Highways England responsible for clearing roadside rubbish along the A27.

Highways England already has the job of maintaining and repairing major roads as well as clearing overgrown weeds, bushes and trees.

At the moment, councils are in charge of removing roadside litter – but they have to pay Highways England or its contractors to close the road so that they can carry out a safe clear up.

But campaigners said that the current system wasn’t working, with contractors cutting and strimming and spraying around chopped up litter before councils had a chance to collect it. 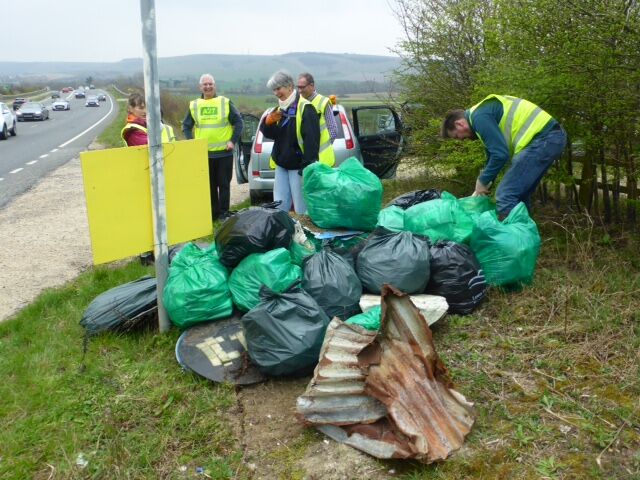 The campaign group said: “Co-ordination between Highways England’s contractors and local authorities is expected to happen to enable litter picks to take place during other maintenance works.

“But invariably this proves impractical leading to some parts of the road being strewn with litter for most of the time.

“If the verges are strimmed before a litter pick, the shredded litter and plastic becomes too small to collect.

“It therefore becomes embedded in the soil which in turn affects not only the surrounding wildlife and flora but also over time the water table and later the sea.

“It also causes blockages to roadside drainage channels and leaves unsightly plastic blown along the roadsides. 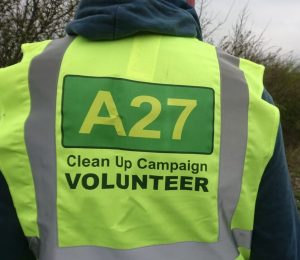 “Another problem is the amount of litter which is blown into nearby fields, leading to this being shredded during combine harvesting and ending up in the hay used for animal feed.

“The A27 is a national trunk road owned by Highways England yet local authorities receive no funding for litter picking it and have to pay Highways England’s contractors for the necessary road closures.”

Neil Kerridge, co-chair of the A27 Clean Up Campaign, said: “The poor condition of the road has seen a marked deterioration over the last few years, with a substantial increase in roadside litter, grit and other debris.

“It’s an eyesore for everyone who travels along it, hence the increasing number of complaints, not only from local residents but also from domestic and foreign visitors.

“While more needs to be done to prevent the litter happening in the first place, through education and enforcement, we need to ensure that the system for removing the litter is as efficient and effective as possible.

“Each of the local authorities and MPs with whom we are working recognises that this is a serious issue which needs to be addressed at national level.

“We have therefore written to Grant Shapps, the new Secretary of State for Transport, requesting that he uses his powers … to transfer responsibility for cleaning the A27 to Highways England.”

The campaign group believes that increased efficiencies will be achieved by combining all aspects of road maintenance under Highways England.

It said: “Specialist teams, protected by blocking vehicles or planned lane closures, could move seamlessly from one local authority area to the next without the need for liaison between differing bodies with differing priorities.

“This could be done on a continuous and repetitive basis to make maximum use of the capital assets employed thereby achieving regular and frequent cleaning.”

Mr Kerridge added: “Clearly it will be important to ensure that Highways England’s contractors perform the litter removal task to the required standards and that incentives and penalties are put in place to ensure that this happens.

“We are working with Peter Silverman, of Clean Highways, who is an expert in this field and together we hope to be the first area of many in the country where litter on the major trunk roads is not a national disgrace.”

For more information, visit the A27 Clean Up Campaign’s Facebook page.

Half of Brighton and Hove’s crown courtrooms sit idle