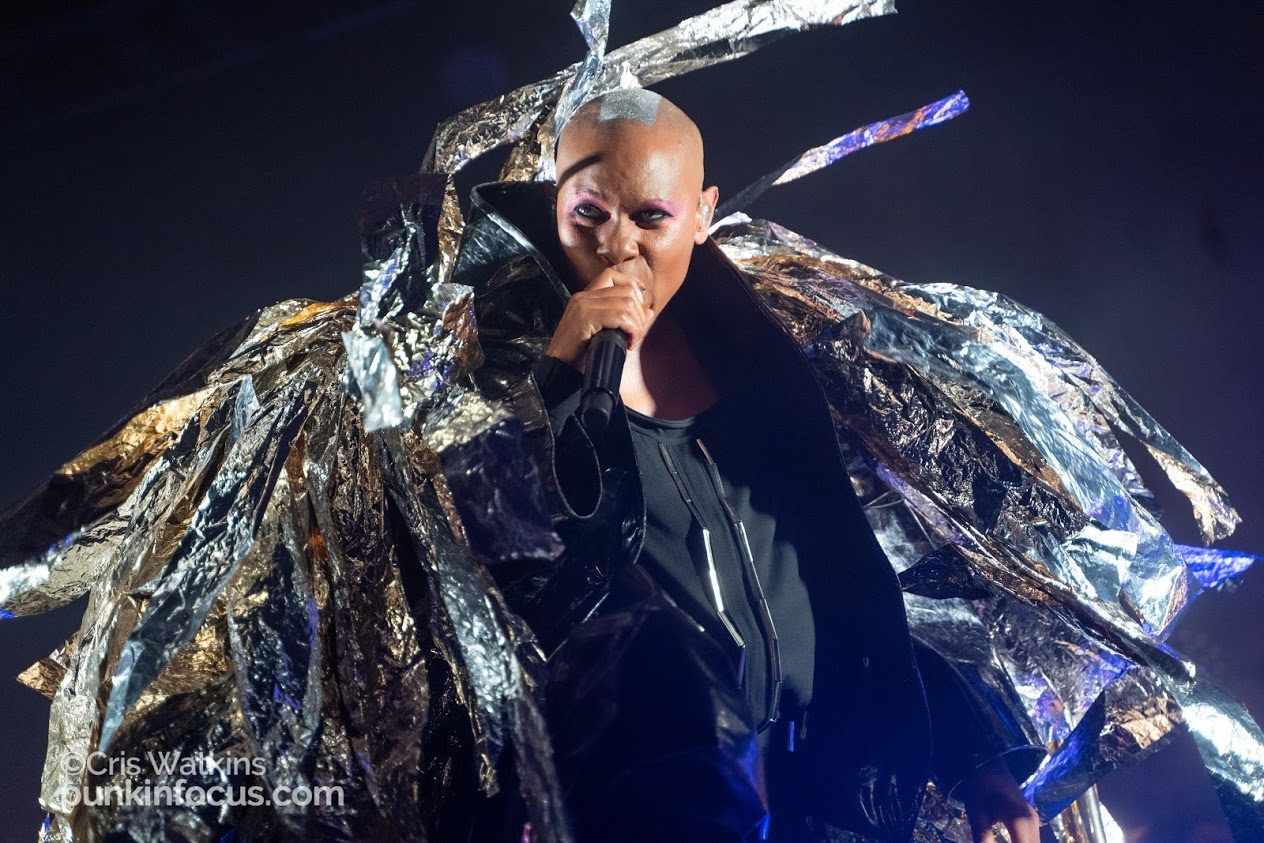 Tonight sees us in the elegant surroundings of one of my favourite Brighton venues, the opulent Brighton Dome in the heart of the city, and this night the stage belongs to 90’s Brit alt-rockers (or ‘Cl*t-rock’ as Skin puts it, fusing heavy metal with black feminist rage!) Skunk Anansie… but first we have last-minute openers Nova Twins. 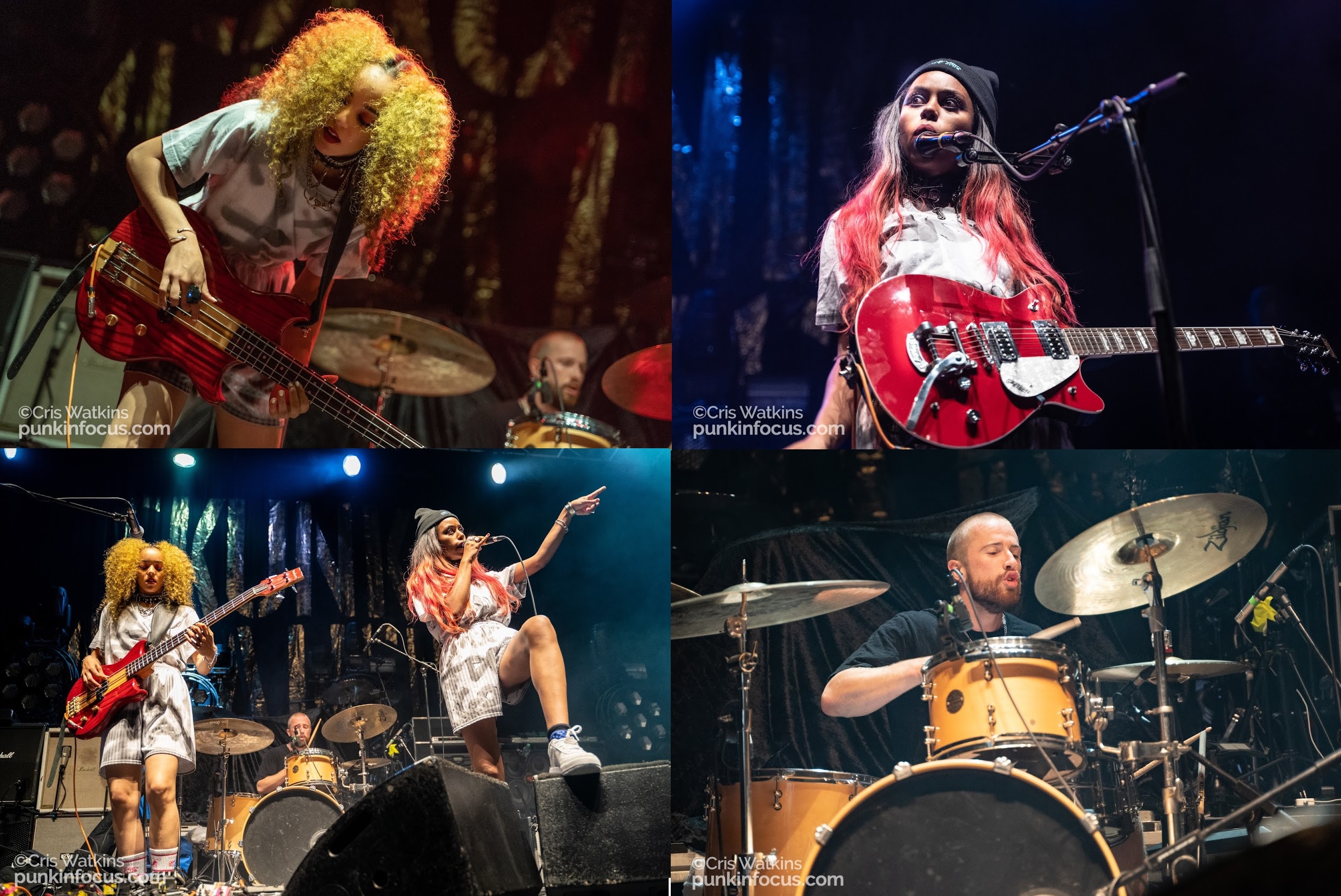 Due to illness, the original support band ‘Queen Zee’ had to pull out and the Twins got a call at the last minute and jumped at the chance. They deliver a real crowd-pleasing and really entertaining set of hard-rock, a little rap and even bordering on hardcore. Most notably ‘Devil’s Face’ a real bruiser and the superb ‘Bassline Bitch’. Nova Twins look great and sound impressive and a perfect choice for tonight! 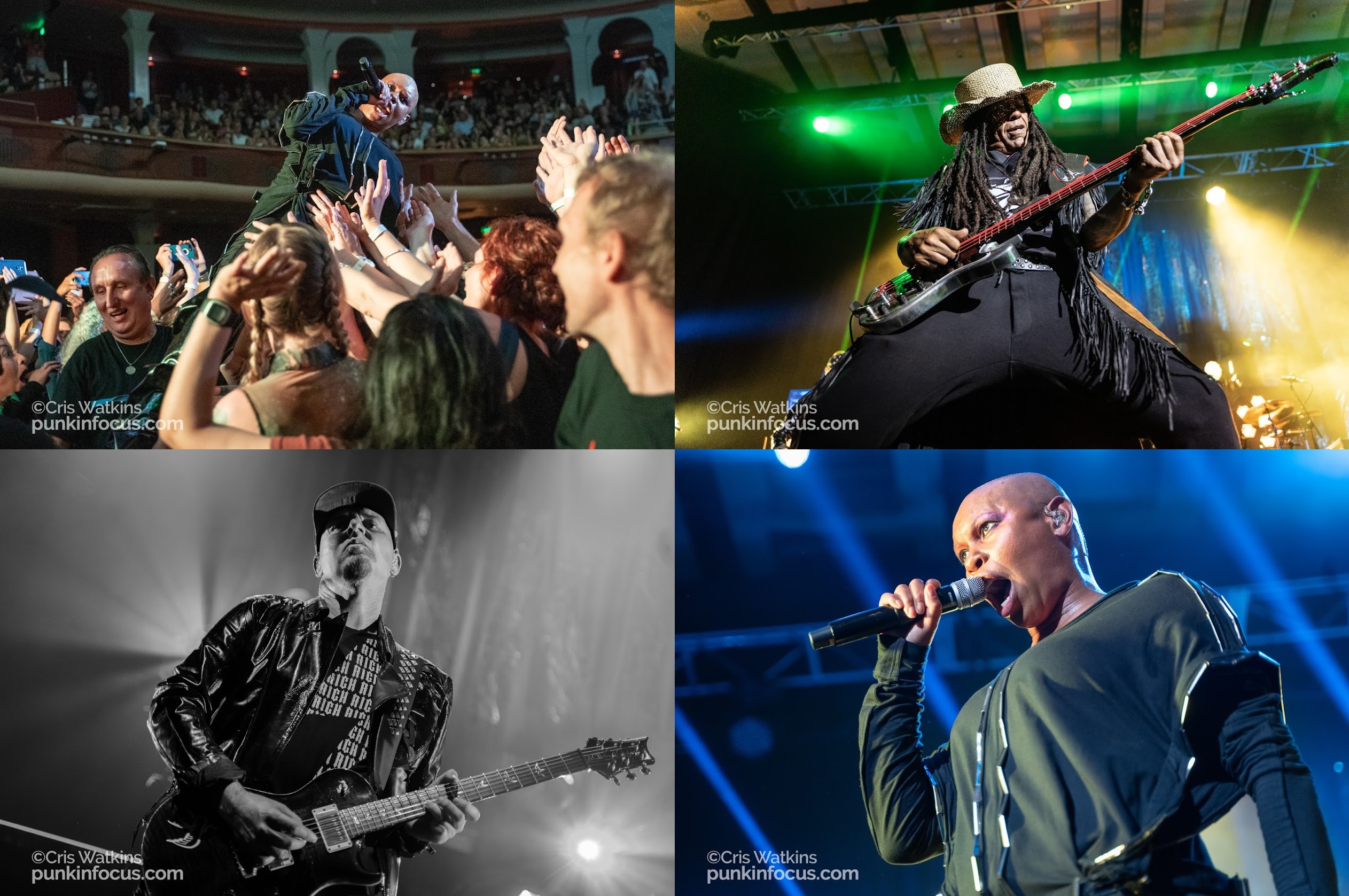 With much anticipation buzzing around the venue it’s time for Skunk Anansie to hit the stage. The opening strains of ‘Charlie Big Potato’ hits the air and I can feel every one of those deep penetrating bass lines from Cass vibrating my whole body. Skin swirls onto the stage in a ball of silver, not revealing herself fully till halfway through the track. What follows is a trip through 25 years of SA with tracks from most of the 6 studio albums. ‘Because Of You’ is spine-tingling good with Ace’s hypnotic guitar riff throughout and there’s no denying the strength of Skins voice which is just so incredibly powerful and utterly moving. Skunk Anansie can go from the beautifully touching ‘Secretly’ to full-on operatic rock numbers with pounding percussion and driving riffs ‘I Can Dream’, during ‘All In The Name Of Pity’ Skin takes her first venture into the crowd and does a little surfing of her own. Later in the set, she takes a trip around the balustrade which runs around the standing area which brings those further back face to face with her which was great to see.

The set runs around 2 hours and we get 2 encores the first of which includes a glorious cover of ‘Highway To Hell’ which merges into a ballsy version of ‘The Skank Heads’ and after a choice to the crowd of a hard or soft song we get a perfect rendition of ‘Little Baby Swastika’ to end the night, with at one point Skin parting the crowd like Moses and the Red Sea for her to join in when all hell breaks loose!

Watching Skunk Anansie is akin to watching theatre and it is hard to take your eyes off them. What we are delivered tonight is a highly polished and incredibly tight performance which has been mesmerising, both visually and sonically. Skunk Anansie are a Brit-rock treasure and it’s so good to see them still filling venues like this up and down the country as they deserve nothing less. The set tonight has been a soundscape to an epic 25-year journey and to pick highlights is extremely tough but the aforementioned ‘Because Of You’ would be one, first set closer ‘Tear The Place Up’ which is an absolute riot and the sweet sadness of ‘Hedonism’.

Tonight, Skin is a Goddess on stage and this venue has become her empire. It’s a show that will linger in the memory of all those enchanted by the event that’s been laid before us, a sure ‘Wish you were here’ moment in rock.

Visit https://skunkanansie.com for further details on the band. 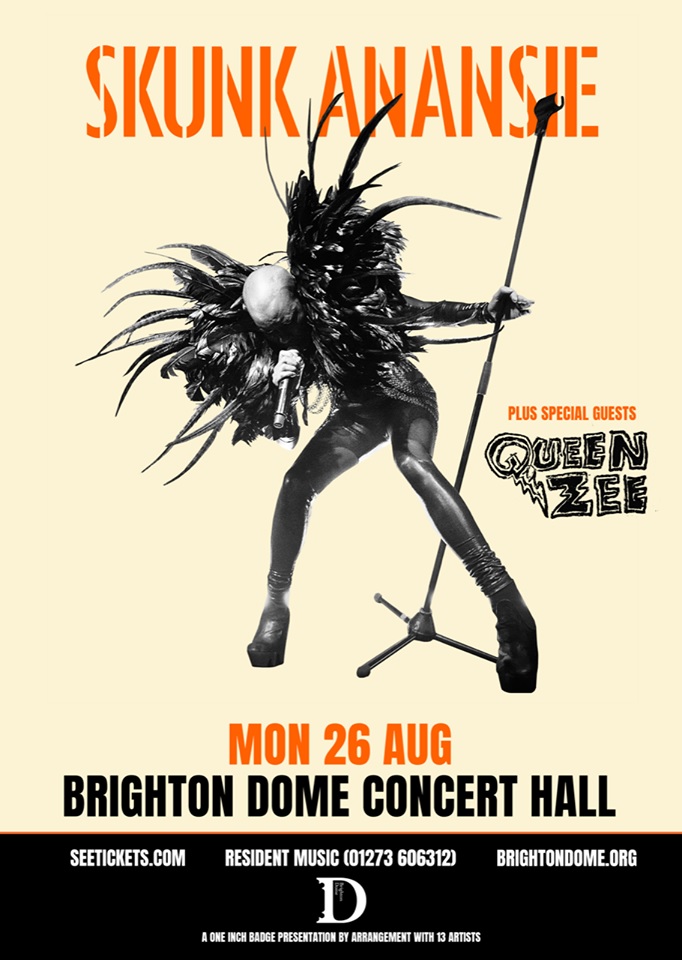