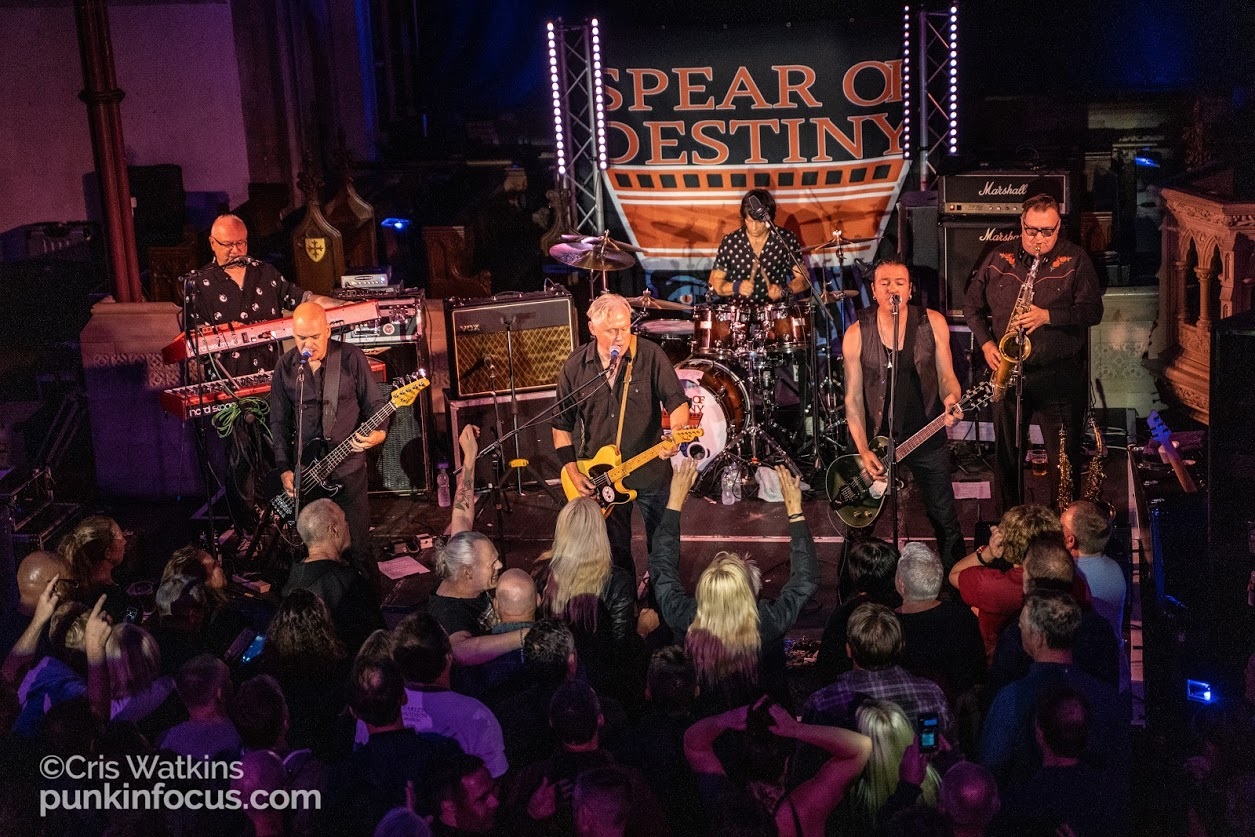 So, thank God, as some would say, that Spear of Destiny’s Friday night gig was moved inside to the wonderfully named The Spire! The one good thing you can expect in a church or chapel is great acoustics and I was not to be disappointed on that front, more about that in a minute.

First a history lesson, for those few people reading this review who have not heard of Spear.

Spear of Destiny was formed out of the remains of Theatre Of Hate, by Kirk Brandon and Stan Stammers back in 1980. Indeed much of the first album ‘Grapes Of Wrath’ (1983) was already written (from ToH demos) when Chris Bell (drums) and Lacelle Ames (sax) joined.

That album was, to my mind one of the best, but the quartet did not last long, with both Bell and Ames leaving almost as the album was released.

By the time Brandon and Stammers began working on the second album 1984’s ‘One Eyed Jacks’ arguably the ‘definitive’ line up of Dolphin Taylor (drums) Nick Donnelly (sax) Neil Pyzer (keyboards) and guitarist Alan St Clair was in place.

And it is the 35th Anniversary of ‘One Eyed Jacks’, that we were all planning to celebrate as we trooped up to the expansive awe inspiring grade II listed St. Mark’s Chapel, known as ‘The Spire’ located in Kemp Town in Brighton. 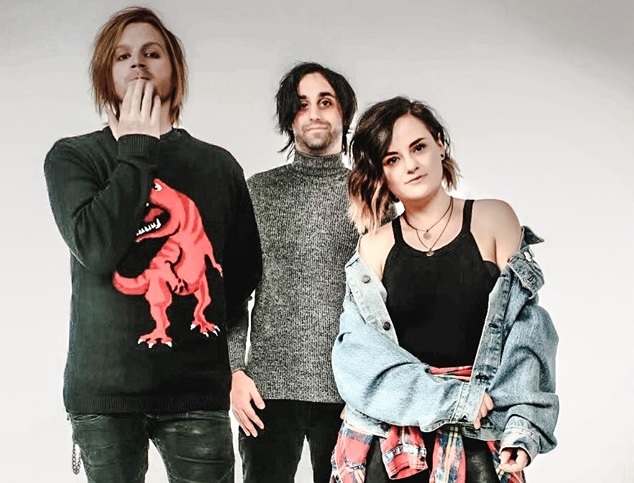 We were nearly caught out by the very early start time, with first support band ‘Feather Trade’ just started when we arrived at 7pm! It was a shame that they had to go on first, with the venue quite empty. The band were inventive and noisy, somehow I thought about early ‘My Bloody Valentine” They deserved higher billing-and a wider audience! 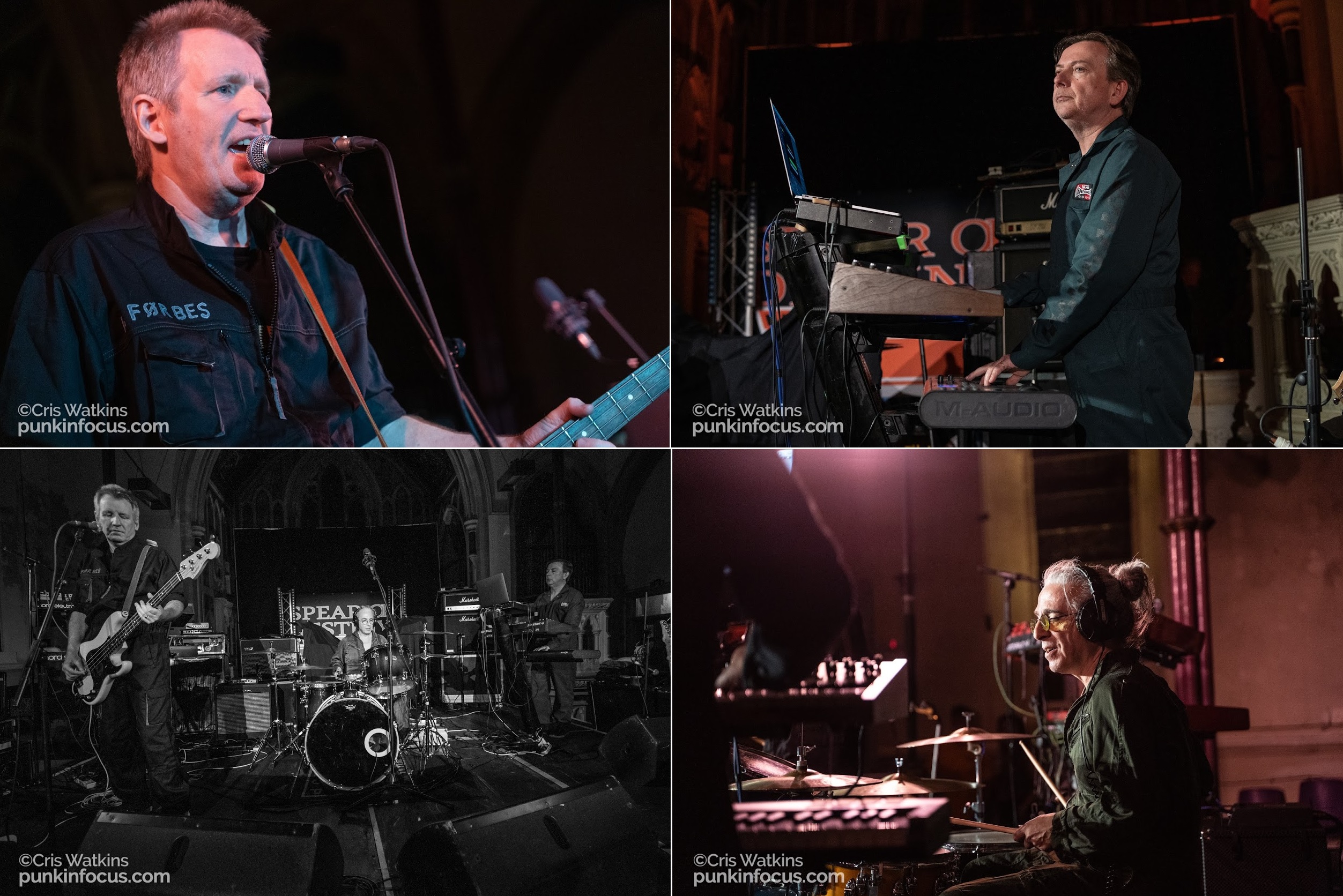 Next up was none other than Derek Forbes & The Dark. Derek is arguably best known as the bass player of Simple Minds during their wonder years from 1978-1985. The band became the most commercially successful Scottish band of the 1980’s and they have achieved five No.1 albums in the UK charts as well as having sold more than 60 million albums. Sixty-three year old Glaswegian, Derek, went from Simple Minds to play with German outfit Propaganda and then during his time has also strummed for The Alarm, Big Country and Spear Of Destiny. So it’s no wonder that he has cropped up on tour with Kirk and his pals. 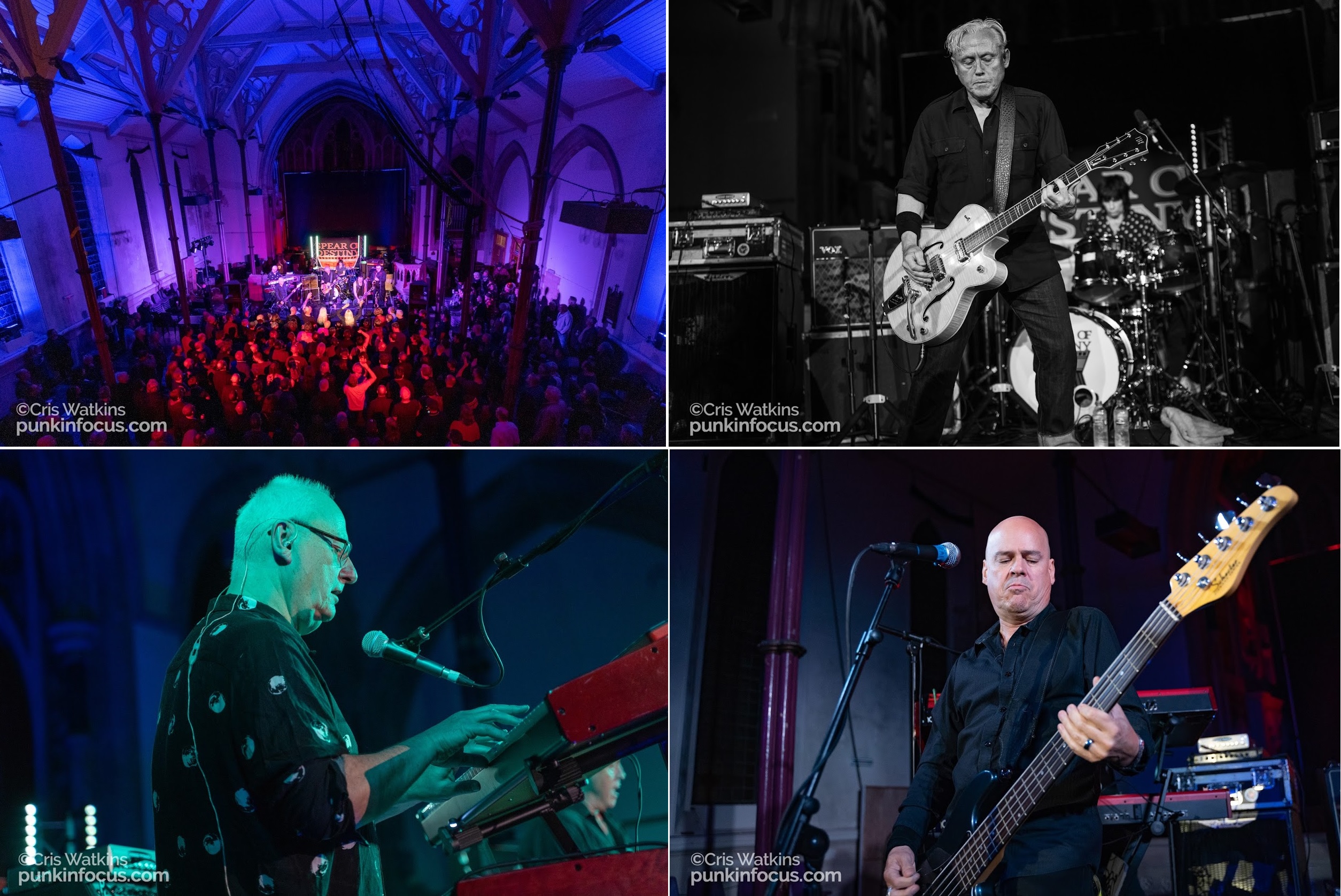 Back to the acoustics…as we waited for ‘Spear Of Destiny’ to hit the stage we were treated to some groovy reggae with Black Uhuru’s ‘Youth Of Eglington’, and ‘Shine Eye Gal’, bubbling out of the sound system, then to the sound of ‘The Sweeney’ theme tune on came Kirk and the gang.

A cracking start, straight into ‘Rainmaker’, ‘Young Men’, and ‘Everything You Ever Wanted’ getting the pretty much, full house moving. This date was the last but one, on quite a long September tour, but the band sounded fresh and tight- and plenty of banter from Kirk.The band now consisting of Adrian Portas (guitar), Craig Adams (bass), Phil Martini (drums), Steve Allen-Jones (keyboards) and (ToH’s!) sax player Clive Osborne, rocked on…

‘Don’t Turn Away’, was followed by a raucous ‘Liberator’, ‘Prisoner Of Love’ and ‘Playground Of The Rich’, by now there was much in the way of ‘bopping around’.

‘Forbidden Planet’, ‘Attica’ and ‘These Days Are Gone’ kept up the pace before we took a breather with vocal harmonies of ‘Rosie’…then straight into a subliminal ‘Grapes Of Wrath’ to finish the set.

The boys were quickly back for a blasting ‘Land Of Shame’, ‘The Wheel’ and the biographical tale of Brighton’s legendary Zap Club bouncer ‘Mr Livingstone’. The show was brought to a close with ‘Soldier, Soldier’ and finally ‘World Service’…

Then it was over…a fine evening, with all of us trooping out back to Brighton with smiles on our faces, and the ‘merch’ store under siege!

It seems as though Kirk Brandon and the Spear Of Destiny boys have certainly enjoyed the tour as they have posted “A massive thank you to you all for making the ‘One Eyed Jacks@35’ Tour so successful and enjoyable for us”. 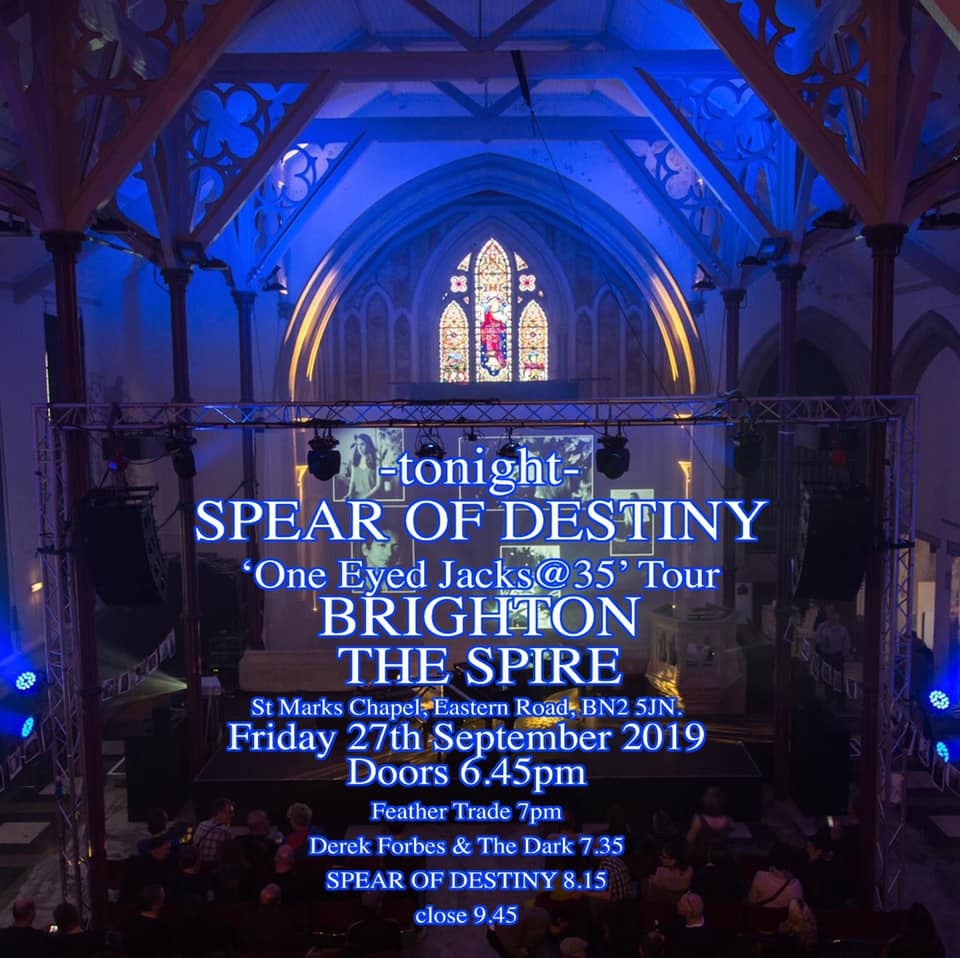