Brighton and Hove Albion midfielder Steven Alzate has signed a new contract with the club. 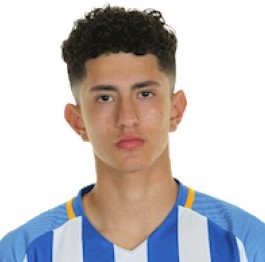 He has now agreed a deal which runs for four seasons, including this one, keeping him with Brighton until June 2023.

Alzate, who made his first appearance in the 2-1 Carabao Cup win at Bristol Rovers, signed the new contract earlier today (Friday 4 October) at the American Express Elite Football Performance Centre.

Potter said: “I have been delighted with Steven’s progress right from the first day of pre-season training.

“He worked hard for his opportunity and he has shown what he is capable of in the matches he has played for the first team this season.

“He deserves his new contract and I am looking forward to working with Steven moving forward and seeing him develop as a player for this club and in the Premier League.”

He spent a spell on loan at Swindon Town last season before becoming part of Potter’s first-team plans after what the club described as an impressive pre-season run of performances.