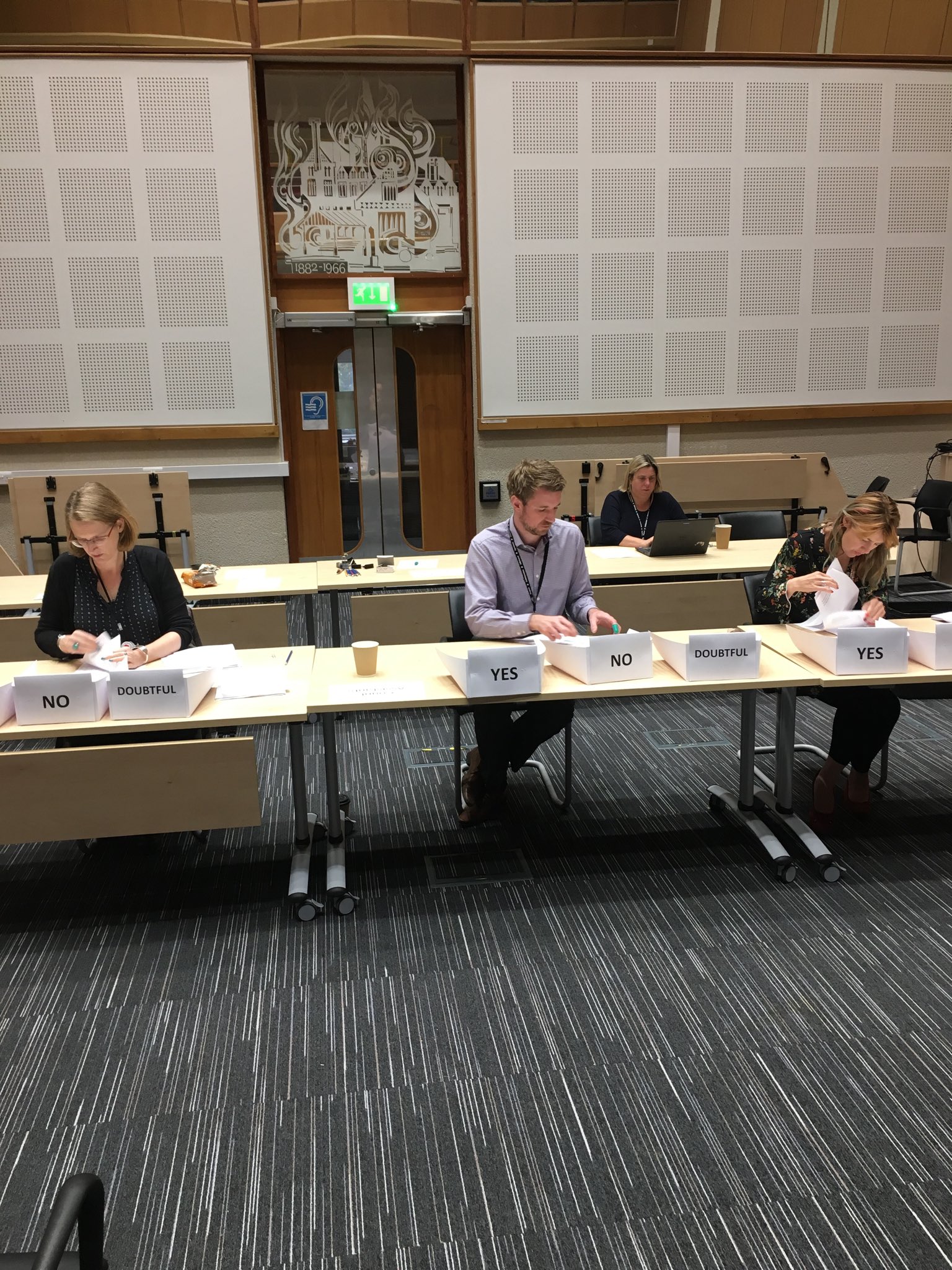 Parents voting in a ballot over whether Moulsecoomb Primary School should be turned into an academy have overwhelmingly opposed the plans.

The government issued an academy order and is now seeking sponsors after the school was rated as inadequate by Ofsted in May.

Since then, thousands have signed a petition against the plans, a march stopped traffic, councillors and MPs from all three parties are openly opposed and two potential sponsors have pulled out.

Now, this non-binding ballot, which 61% of parents voted in, has echoed that determination, with 96% saying they are against the plans – 137 voting no to just five voting yes.

However, regional schools commissioner Dominic Herrington has so far not backed down, and so the parents-led Hands off Moulsecoomb campaigners are vowing they will keep up the pressure.

Parent, campaigner and former pupil Natasha Ide, whose youngest son is still at the school and whose two older sons also went there, said: “I’m absolutely buzzing about the result and I’m glad that the hard work has paid off.

“There’s only a few parents who have the time to campaign, and we’ve been making sure word got out to everybody.

“It’s a really good turnout. I know it doesn’t affect the final decision, but it shows that there’s a lot of parents that are so against this becoming an academy and we are willing to keep fighting.”

Every family at the school was offered the chance to vote, with ballot papers available from the school office. The ballot simply asked: “Do you want the school to become an academy?”

Councillor Kate Knight, vice chair of the council’s children, young people and skills committee and Moulsecoomb ward councillor, said: “This ballot result is a huge thumbs-up for the improvement programme at the school that our education team and other local schools are helping with.

“We’ve said time and again that the school is making good progress under its current leadership.

“Ofsted’s own report makes it clear that the school is not inadequate at the other three primary stages – early years, reception and Key Stage 1.

“Surely now the government must recognise that there is no longer any basis for labelling the school as ‘inadequate’.

“It’s clear that converting the school to an academy is unnecessary and would be highly disruptive to pupils at the school.

“Worse, I believe parents and carers will see the academy plan as a cynical ploy to take the credit for the improvements at the school away from its hard-working staff.

“We trust in our teachers and support staff to focus their workload on what happens in the classroom, as is happening at Moulsecoomb.

“This administration will oppose any attempt to force local schools to become academies.

“We will do everything in our power to ensure that our schools remain locally and democratically accountable.

“I hope the government will now listen to parents and carers, respect the result of this ballot and call off its very damaging academy plan.”

Fellow ward councillor Daniel Yates said: “This is a message in the strongest possible terms from the parents and community to the bureaucrats who want to turn our school into an academy.

“There is clearly now no justification for the regional schools commissioner to ignore the community and continue down this path towards privatisation. This vote has a stronger mandate than the Secretary of State himself does and must be respected.”

Councillor Sarah Nield, the Green Group lead on schools said: “The result of the vote sends a strong message to the regional schools commissioner that local parents do not want academisation, and firmly demand that the primary remain part of the city’s family of schools.

“Moulsecoomb Primary is a fantastic community school offering so much to its pupils and local area. What’s more, improvements in the school’s SATS results this year demonstrate that the Commissioner’s grounds for academisation are unfounded.

“Greens have always fought against academisation and the profit-led privatisation of our local schools. We urge the regional schools commissioner to listen to the overwhelming majority of parents at Moulsecoomb Primary – and revoke the academy order now.”

Brighton and Hove City Council is now asking Ofsted to reinspect the school following a significant improvement in Sats results, and the Hands Off campaign is planning to send a letter with more than 100 signatures to the school inspectorate echoing this request.

They are also planning to visit London on Wednesday to hand in more than 1,000 pledge cards opposed to the plan to the Department of Education.

Buildings evacuated due to gas leak

Five schools no longer have to close for election day