The ‘Music Of Cream’ 50th anniversary tour rolls into Brighton 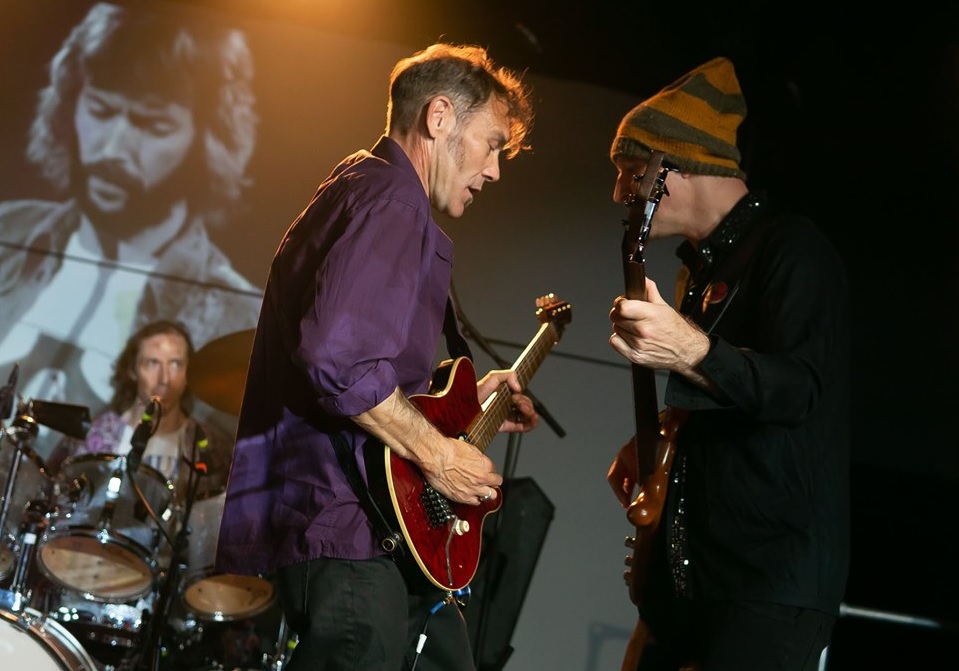 We arrived at “The Chalk” Brighton (formerly known as The Haunt) to see “The Music Of Cream” and to be honest we were not quite sure of what the mood was going to be like, considering the recent sad departure of drummer and a co-founder of the rock band Cream, Ginger Baker. The other members of Cream having been 74 year old Eric Clapton CBE and Jack Bruce, who sadly passed in 2014. 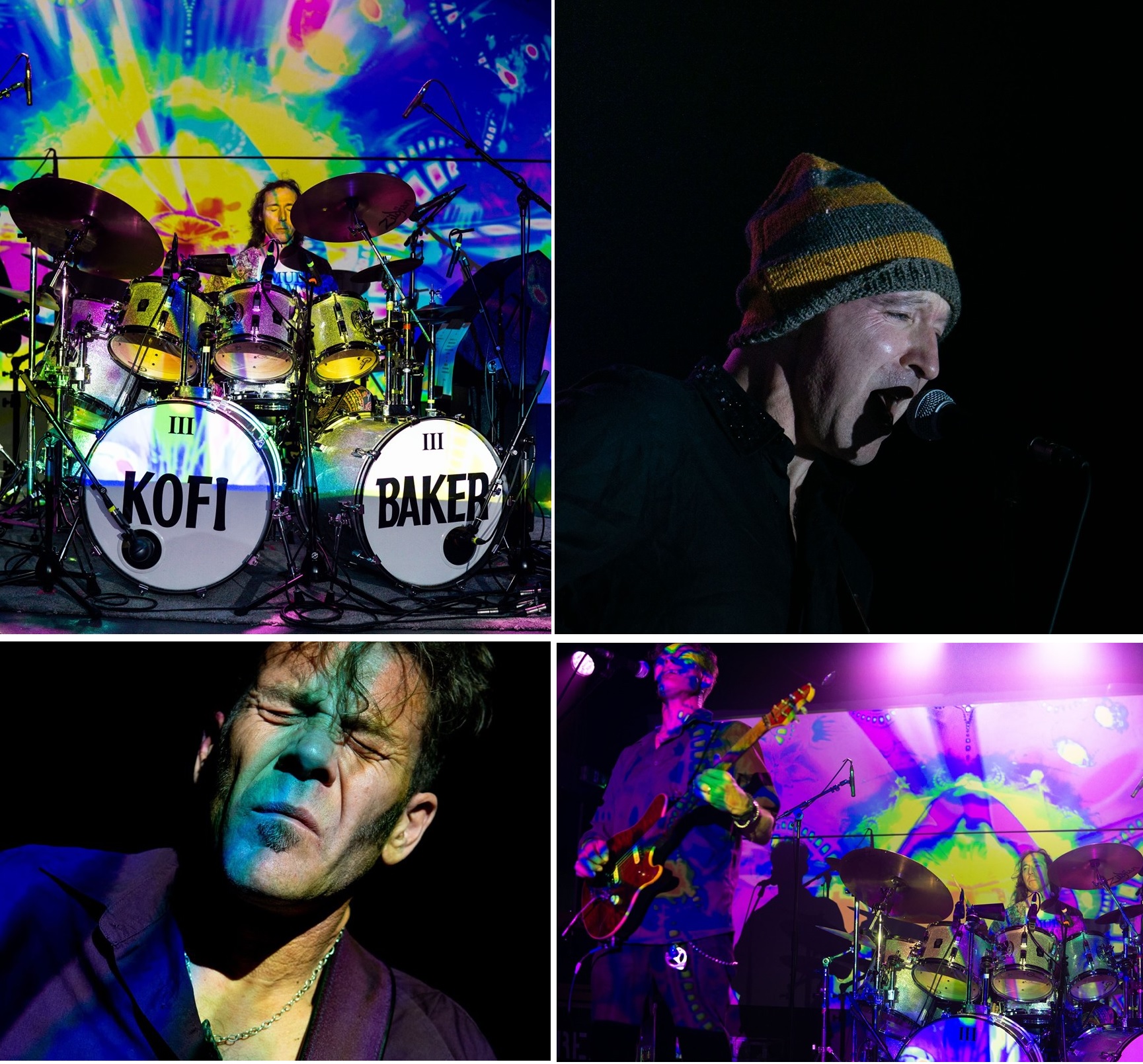 Our concerns were thankfully short lived, as the guys namely, Kofi Baker, Malcolm Bruce and Will Johns, got straight into the set with full on enthusiasm, which certainly had an immediate effect on the crowd. These guys are not a true “Tribute Band” as they play the ‘Cream Classics’ their own way. What was evident was the true musical talent this “Family” band has, which is not surprising considering their heritage (which you can read at the foot of this article).

They played with excellence and the connection between them was obvious with the regular nods, winks and reassuring smiles between them. I did record Kofi and his drum solo during which the camera “timed out” at ten minutes, but carried on for what seemed like and could have been another ten minutes.

All in all, it was a brilliant nights entertainment of music and recounts of events with their respective family members. We were in awe of the band and happy to be taken back in time to the Cream era.

Further information on ‘The Music Of Cream’ and the band members HERE.

Further reading on ‘The Music Of Cream’ personnel……

Kofi Baker (drums)
As the son of the legendary Ginger Baker, Kofi has a name synonymous with drumming excellence. He first performed live with Ginger on the iconic BBC TV show, ‘The Old Grey Whistle Test’, proving at 6 years of age that he had inherited his father’s talents.

He has played drums behind Jack Bruce, John Lennon and Steve Marriott, and as half of a polyrhythmic powerhouse with his father across Europe and the US over the years. More recently Kofi played and toured with Uli Jon Roth (Scorpions), Vinny Appice (DIO, Black Sabbath), Vinnie Moore (UFO), Glenn Hughes (Deep Purple, Black Country Communion) Rick Derringer, Corky Laing and Robben Ford.

He joined Malcolm Bruce and Will Johns for the inaugural ‘Music Of Cream 50th Anniversary Tour’ in Australia and New Zealand in 2017, playing to almost 8000 people over 7 nights, with special guests, Glenn Hughes and Robben Ford.

His own albums include ‘Lost City’ and ‘Abstract Logic’, with Jonas Hellborg and Shawn Lane. More info at www.kofibaker.com

Kofi is passionate about maintaining a fit physique, he works out for 1 hour a day, every day, mostly weight training. He takes his own portable kitchen on the road to ensure he can steam broccoli after every show, often with some eggs and chicken breast. He has a very strict diet for breakfast, lunch and dinner.

Malcolm Bruce (bass & vocals)
The son of Cream singer and bassist, Jack Bruce, is a composer, songwriter, multi-instrumentalist and engineer. Malcolm grew up in the thick of rock royalty and, via the Guildhall School of Music, began performing professionally at 16 years of age.

He has shared studios and appeared on recordings with Little Richard, Elton John, Eric Clapton, Dr John and Joe Bonamassa, and recorded and performed with his father in the UK, US and Europe.

He joined Kofi Baker and Will Johns for the inaugural ‘Music Of Cream 50th Anniversary Tour’ in Australia and New Zealand in 2017, playing to almost 8000 people over 7 nights, with special guests Glemn Hughes and Robben Ford.

Malcolm launched his debut solo album ‘Salvation’ in 2017 and toured the UK and US. He is currently working on his next album release. Work is also underway on his first opera, King You’s ‘Folly’. More info at www.malcolmbrucemusic.com

Malcolm is a vegan and practices Transcendental Meditation and yoga. When not on stage he can typically be found in a solitary space seated in Lotus position.

Will Johns (guitar & vocals)
Encouragement at an early age from his then Uncle, Eric Clapton, was an auspicious start for teenage singer and guitarist, Will Johns. Being the son of legendary recording engineer and producer Andy Johns (The Rolling Stones, Led Zeppelin, Jimi Hendrix), and nephew of fellow legendary producer Glyn Johns, (The Who, Eric Clapton, The Eagles), has also had a huge impact on Will’s career, as did having the late George Harrison as an uncle when he married Will’s Aunty Pattie. Mick Fleetwood counts as yet another famous uncle.

Will has performed with Joe Strummer, Ronnie Wood, Jack Bruce, Dennis Chambers, Mick Taylor and Bill Wyman. He joined Malcolm Bruce and Kofi Baker for the inaugural ‘Music Of Cream 50th Anniversary Tour’ in Australia and New Zealand in 2017, playing to almost 8000 people over 7 nights, with special guests, Glenn Hughes and Robben Ford.

Will has released three solo albums: ‘Count On Me’, ‘Hooks & Lines’ and most recently ‘Something Old, Something New’ which gained multiple awards and nominations in The British Blues Awards. More info at www.willjohns.com Will also loves fishing! 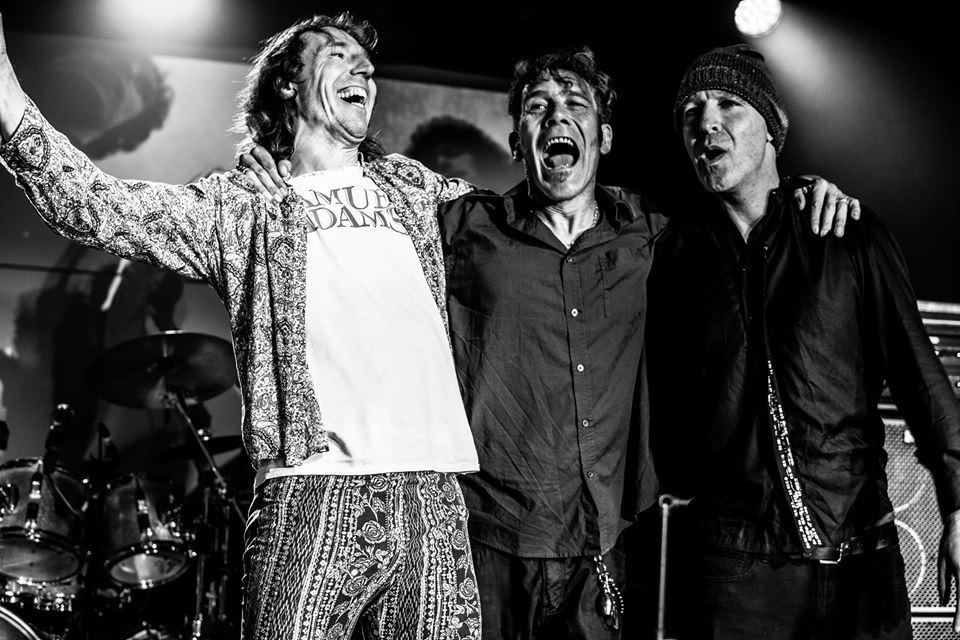 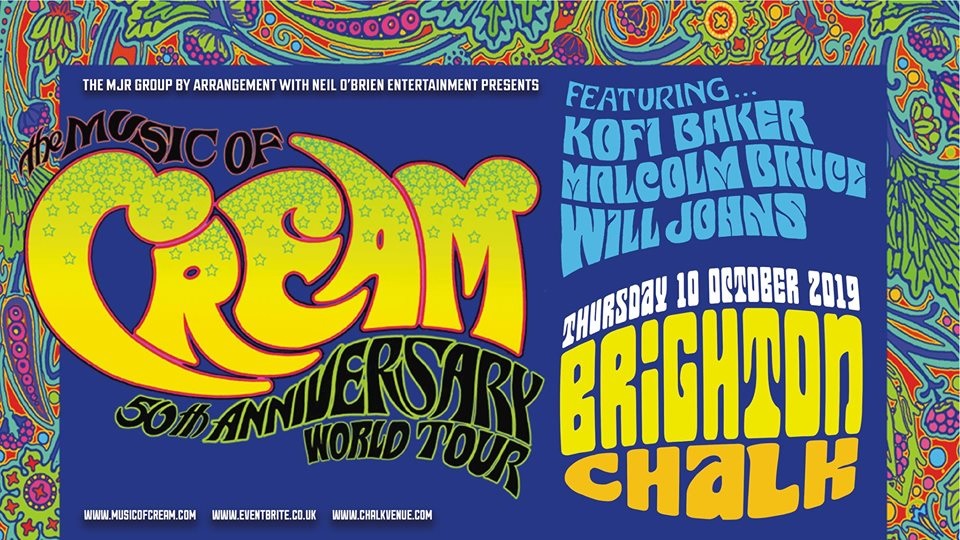