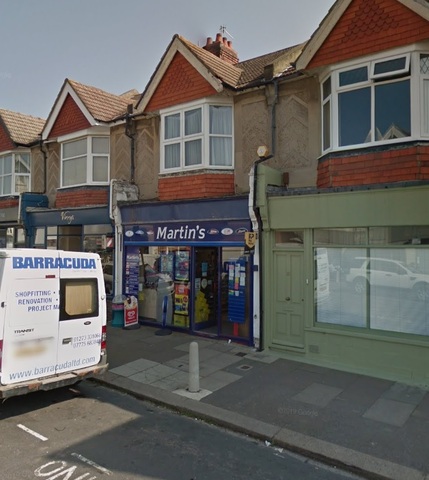 More than 90 people are against a convenience store’s bid to sell booze.

Along with neighbours, Sussex Police has opposed Martin McColl Ltd’s bid to sell alcohol at Martin’s in Richardson Road, Hove, from 6am until 11pm daily.

A panel of three city councillors, expected to be Labour’s Jackie O’Quinn and Theresa Fowler, and Green Martin Osborne, will hear representations for and against the alcohol licence on Monday, 28 October.

Sussex Police wrote to the company asking it to change the hours from 8am to 10pm, but the company refused.

The opening times fit in with Brighton and Hove City Council’s licensing policy, but if a business is in a residential area the authority usually asks for a closing time of 7pm.

The current trading hours vary with the shop opening at 6am, six days a week and closing at 6pm on Monday and Thursday, 7pm on Tuesday and Friday and 7.30pm on Wednesdays and Saturdays.

It opens from 7am-2pm on Sunday.

The force is concerned about the extra 3.5 to five hours opening during the week and ten hours on Sunday increasing public nuisance in the area.

Its letter from an unnamed licensing inspector said: “Within a ten minute walk of Richardson Road there are a high number of off licences, majority being along Portland Road, Hove.

“This includes an off licence already on Richardson Road itself.

“Increasing the availability of alcohol within an area which is already saturated does not promote the licensing objectives.”

Sussex Police also raise the issue of alcohol sales at a lower price due to the company’s national buying power.

Martin McColls Ltd has offered conditions to operate a Challenge 25 policy, have CCTV.

Particular concern as waiting up to 48 hours for CCTV footage, described as “by no means ideal”.

A neighbour whose details were redacted in the panel papers described the application as “ridiculous” and said the community would boycott the business if it went ahead.

They said: “McColls application to sell liquor from 6am through to 11pm will just attract the riff raff that this area so wants to avoid, and has done for a long time.

“I also find the application disrespectful to the current liquor licence who have been a family business and well run and manages the community’s needs exceptionally well.”

Another neighbour whose details were removed said: “This is a small shop within a parade of local businesses, there is no need for a shop selling alcohol when there is a perfectly good off-licence across the road.

“As a resident this would totally alter the area which is mainly residential with the age of local residents being over 60.”

McColls was refused a licence to sell alcohol from 6am-8pm in 2012.

The Licensing Panel meets at 10am at Hove Town Hall on Monday 28 October.