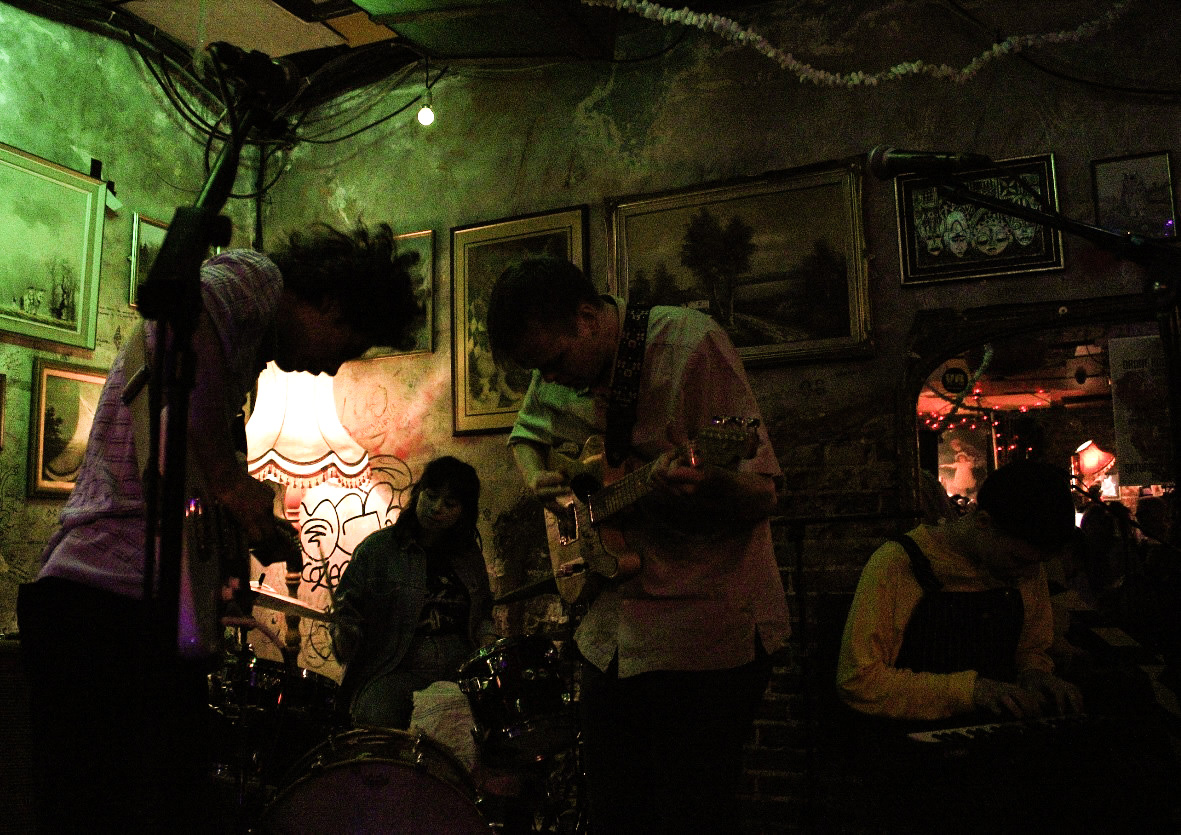 Outside The Hope and Ruin, a crowd is forming; half-heard conversation grows loud as I enter. Opposite the bar, a space has been cleared for the bands of the night: Van Houten and LIME. Effects pedals and amps strewn across the floor give an idea of the music to come. Compared to the usual upstairs staging area, this makeshift stage is immediately intimate, and as an audience gathers, the line between the band and us is comfortably blurred. 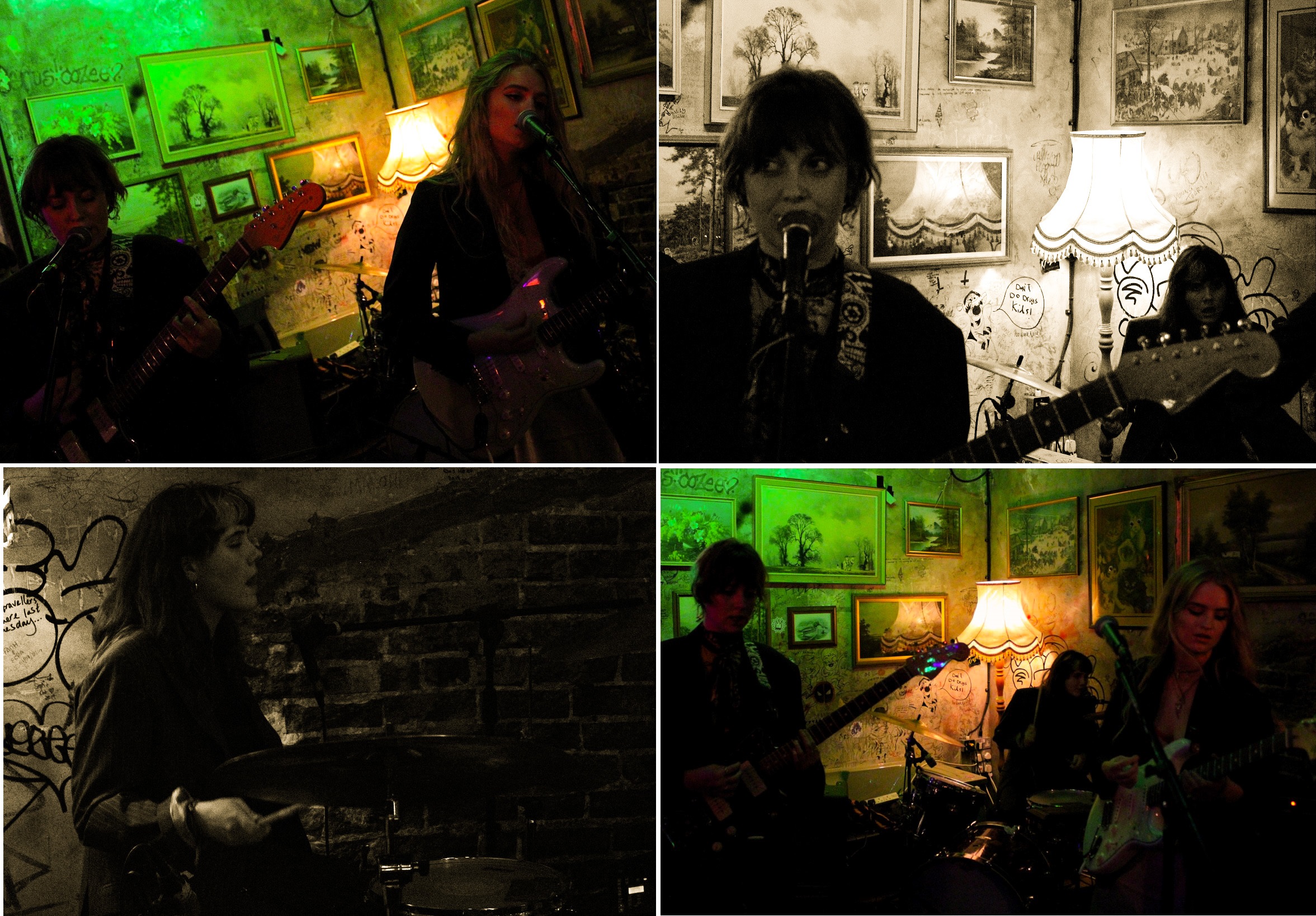 LIME, an all female band based in Brighton with members hailing from across the UK, was the first to play. As the band began their set, it was clear that they have something that every band craves – identity. Chloe Howard (vocals/guitar) sings with clarity and intention, projecting lyrics that aren’t elusive or ambiguous, but on the nose and frank. Alongside Chloe, Leila Deeley (guitar) runs fluid psychedelic surfer melodies through the room, but puts her own touch in each riff, adding a noticeable edge and melancholy. Tippi Morgan (bass) along with Annabel Whittle (drums) lay the foundation for each song, a driving and yet dream-like rhythm lull you into just the right head-space for LIME’s sound to wash over you in waves. Hearing Chloe’s voice crackle through her loudspeaker, close yet distant through the distortion, acts as a perfect summation of LIME’s tone. A trance, a daydream, but always the chance of a rude awakening.

LIME is currently on tour, and will be recording their debut single ‘Surf n Turf’ in 2020. Keep your ear to the ground for this lot. 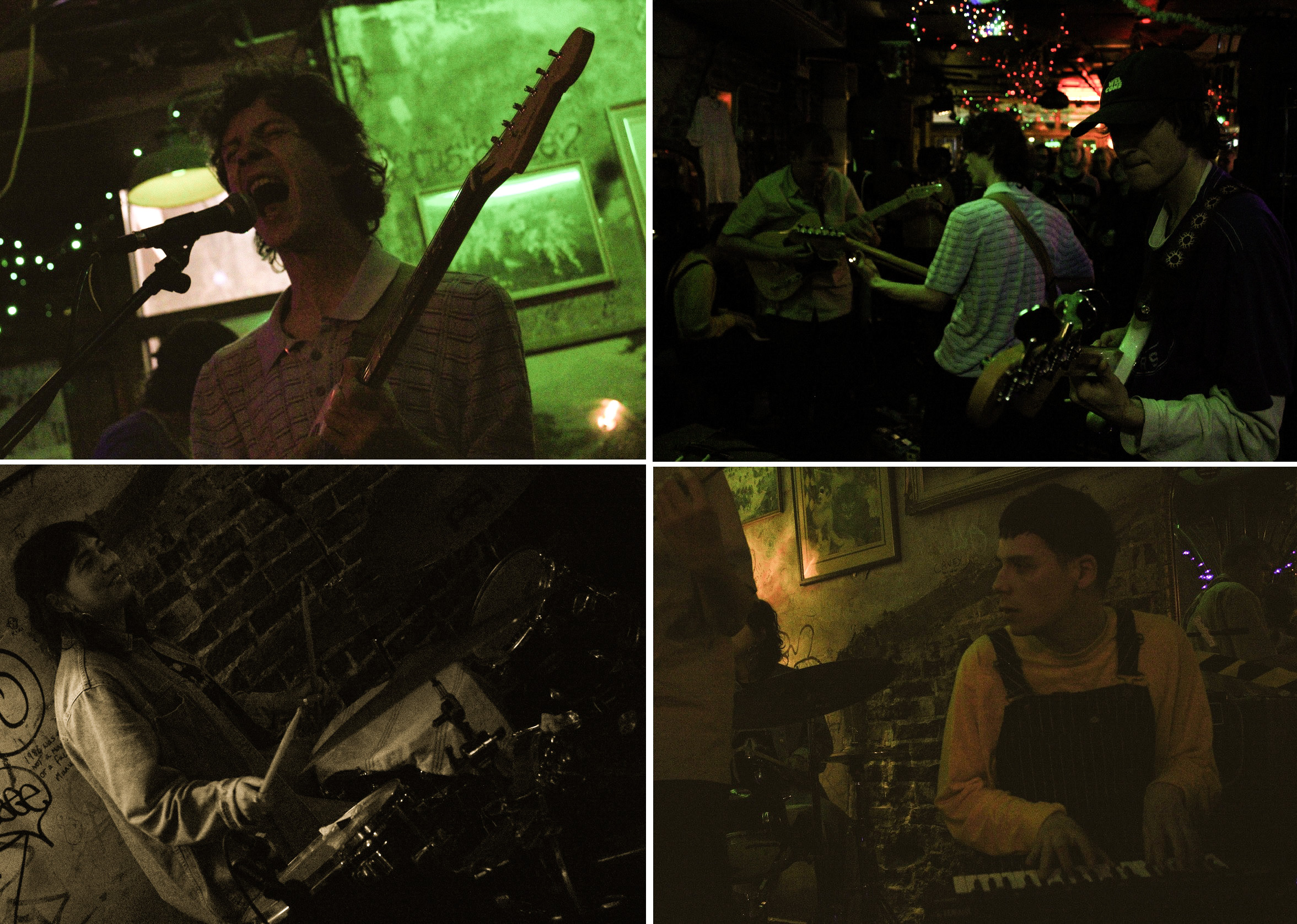 Van Houten, a five-piece band who formed in Leeds in 2017, were up next. Watching the quintet set up, I couldn’t help but feel the quiet impression of friendship between them all. It’s one thing for a band to be tight and coordinated, but to share a bond as Van Houten’s members clearly do, is something special. From the get-go the contrast between the dreamy, psychedelic, Hi-fi soundscapes produced by the band and Louis Sadler’s (lead vocalist/guitar) honest and stark lyrics is apparent. The band’s other members: Megan Lama (drums), Jake Wrigglesworth (keys), Jake Ribton (guitar/b’v’s) and Henry Beaumont (bass) simultaneously work as one, but also manage to weave in their own individual musical signatures with wailing lead guitar, spacey bass lines and tight drum accompaniment.

Van Houten seem to have the ability to dance between smooth shoe-gaze and contrasting jagged melodies with ease – such a flexibility in their sound leaves you leaning in for what’s next. As announced by Louis at the beginning of their set, this was their first time playing Brighton, “It’s great here, we don’t really have a beach in Leeds” he told the punters. Even though they were admittedly in unfamiliar surroundings, the band seemed at home in this mellow, dark corner of Brighton – inches from eager ears that soaked up all that Van Houten had to offer. I chatted briefly to the band afterwards in passing, a simple hello and goodbye, and had my suspicions confirmed – they’re lovely bunch with a whole lot of great new music to get out there. Catch them if you can.

Van Houten’s new debut self-titled album is available on streaming platforms and for purchase online, such as Bandcamp and Soundcloud. 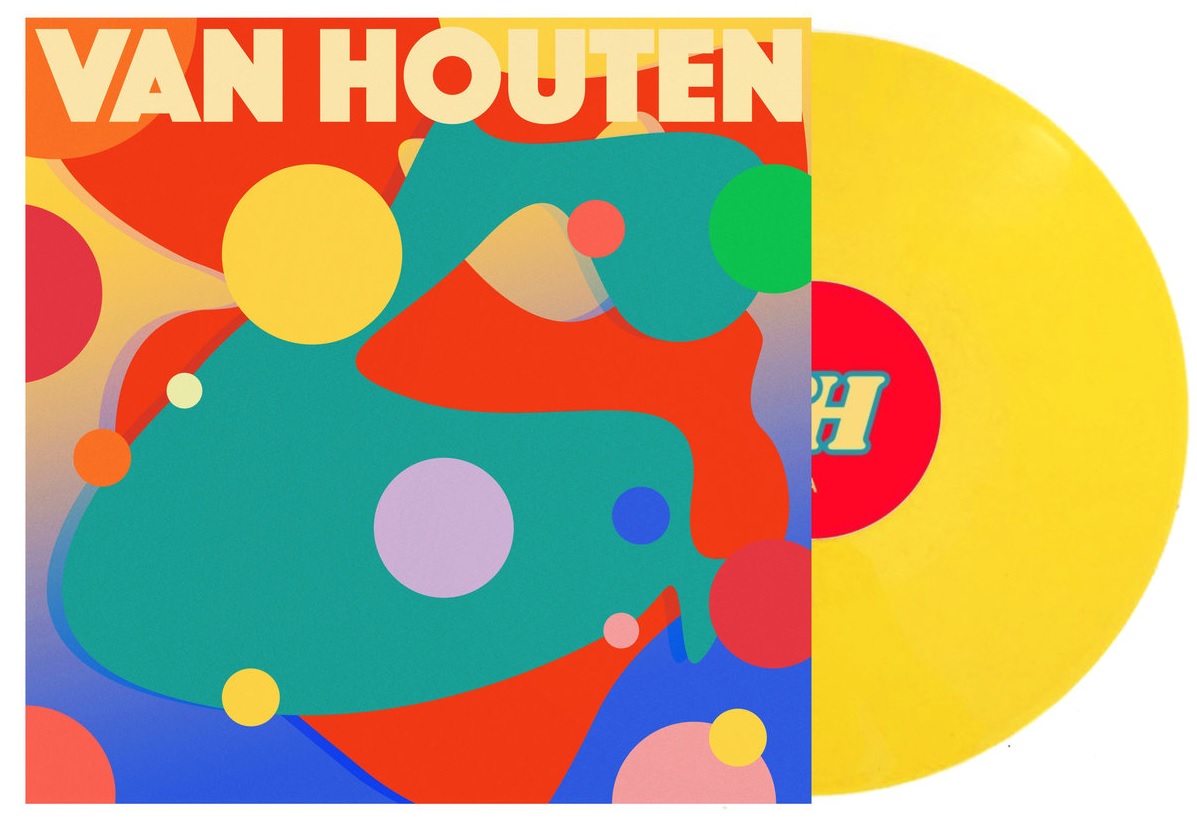