A robber wielding a broken bottle escaped with cash after holding up a Brighton branch of fast food chain Subway. 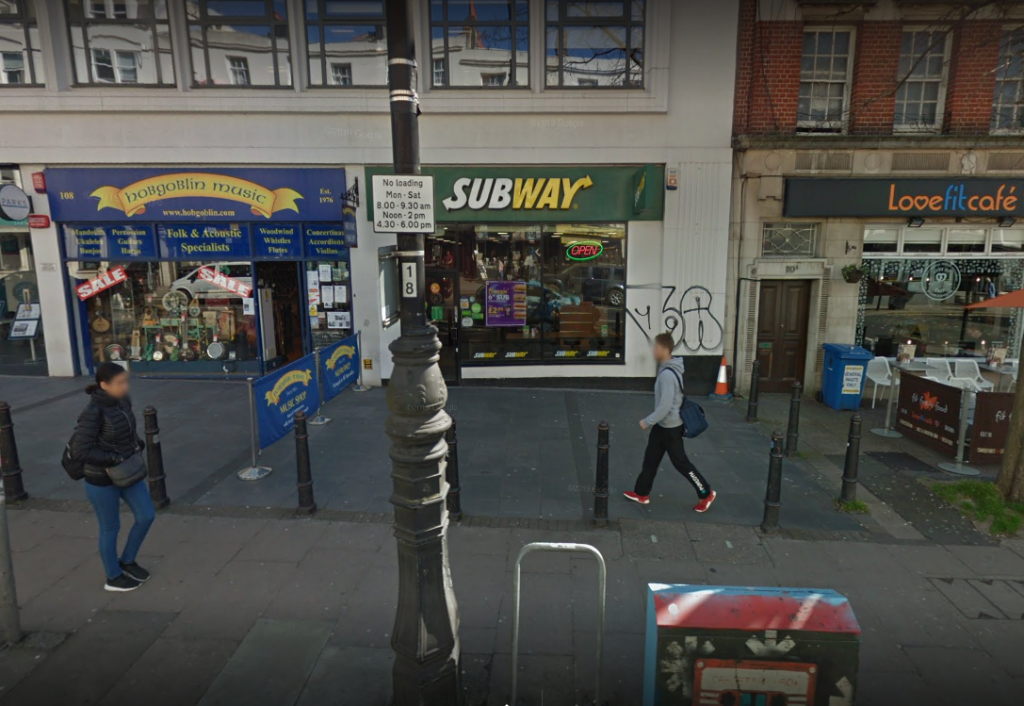 Subway in Queen’s Road in Brighton

“Around 7.25pm on Monday 28 October, a man is reported to have entered the premises in possession of a broken glass bottle and demanded money from the till.

“The suspect is described as white, aged between 25 and 30, about 5ft 10in, of medium build, with short blond facial hair.

“He was wearing a navy puffer style jacket.

“He got away with a small quantity of cash and the incident was reported to police.

“Forensics officers attended the scene and inquiries are ongoing.

“Anyone with any information about the incident is asked to report it online or call 101, quoting serial 1189 of 28/10.”