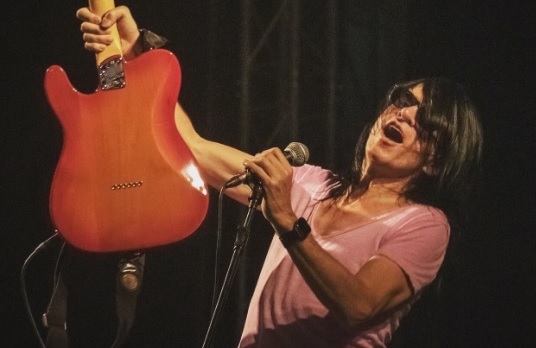 May 2020 will see Gene Loves Jezebel embark on their 40th Anniversary UK Tour, which kicks off in Newcastle on 20th May, then visits Edinburgh, Glasgow, Manchester, Wolverhampton, Bristol, Bedford, London and closes here in Brighton at CHALK on Sunday 31st May, with the doors in Brighton swinging open at 7pm and curfew at 10pm.

I can recall first coming across the band via their two John Peel Sessions which were both recorded at Maida Vale Studios. The first one was recorded and broadcast in 1983 around the time of their debut album ‘Promise’ and featured ‘Pop Tarantula’,’Brittle Punches’, ‘Upstairs’ and ‘Screaming For Emmalene’. The second session was recorded and broadcast 10 months later in 1984 and featured ‘Waves’, ‘Shame’ and ‘Five Below’.

The current Gene Loves Jezebel lineup that are performing on this tour features Jay Aston (vocals), James Stevenson (guitar), Pete Rizzo (bass) and Chris Bell (drums). The name of the band is a reference to rock musician Gene Vincent and his song ‘Jezebel’.

In 2017 the band released ‘Dance Underwater’, their first studio album of new material in 15 years via Plastichead. Fans can expect to hear all the classic GLJ songs, plus a few from the critically acclaimed latest album too! Last tour they wowed audiences both sides of the continent and live, they are seriously on fire, so make a date with destiny and be part of their 40th Anniversary celebrations! 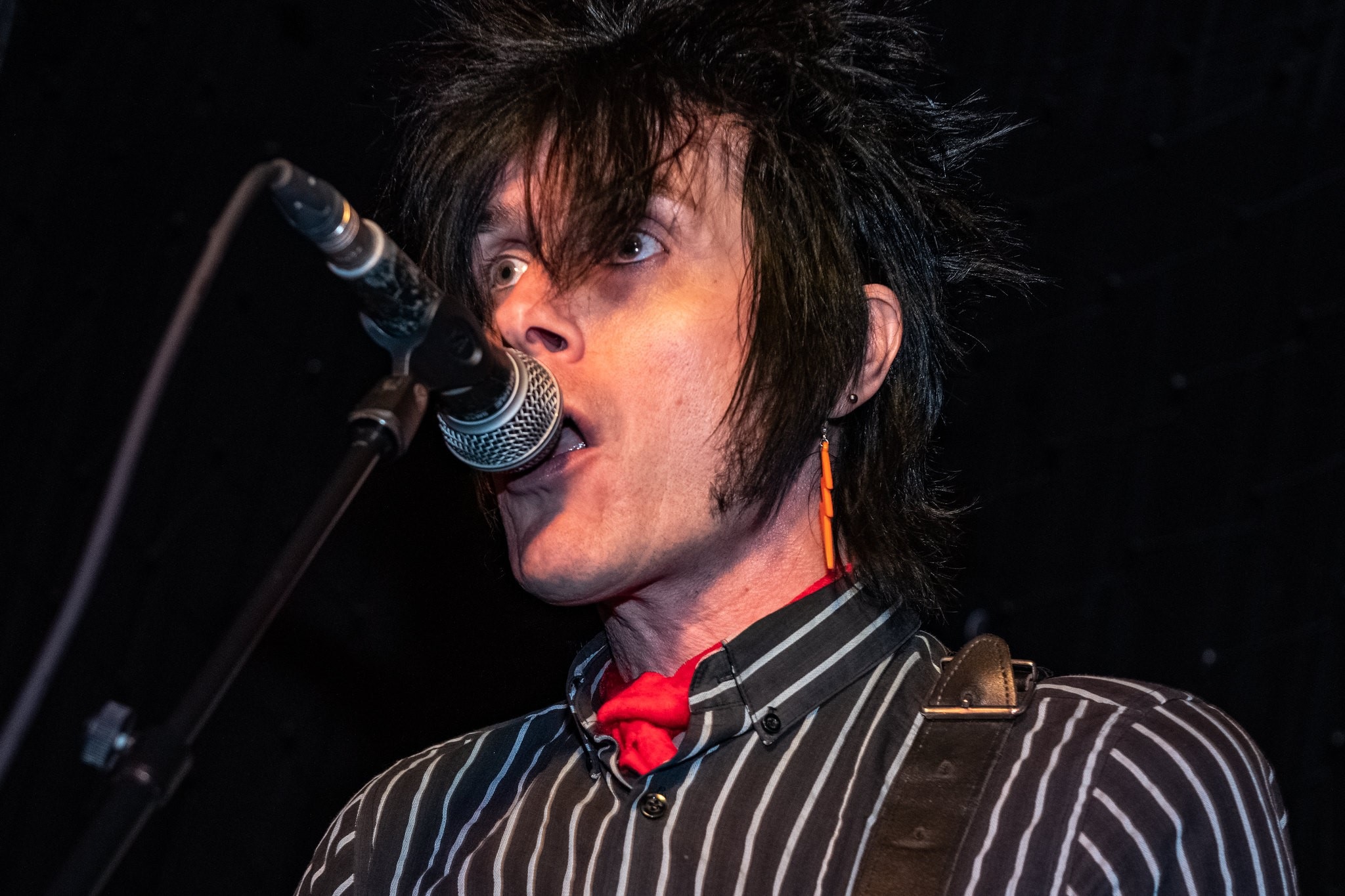 Support at the Brighton concert will be local heroes Scare Taxi, who are Tara ‘Guitara’ Harley and Alexander Boag and are rather good indeed. We at Brighton & Hove News Music Team reviewed their debut album (‘Death By Music’) launch concert last August – read our review HERE.

Background history of Gene Loves Jezebel can be located HERE and the official website HERE. 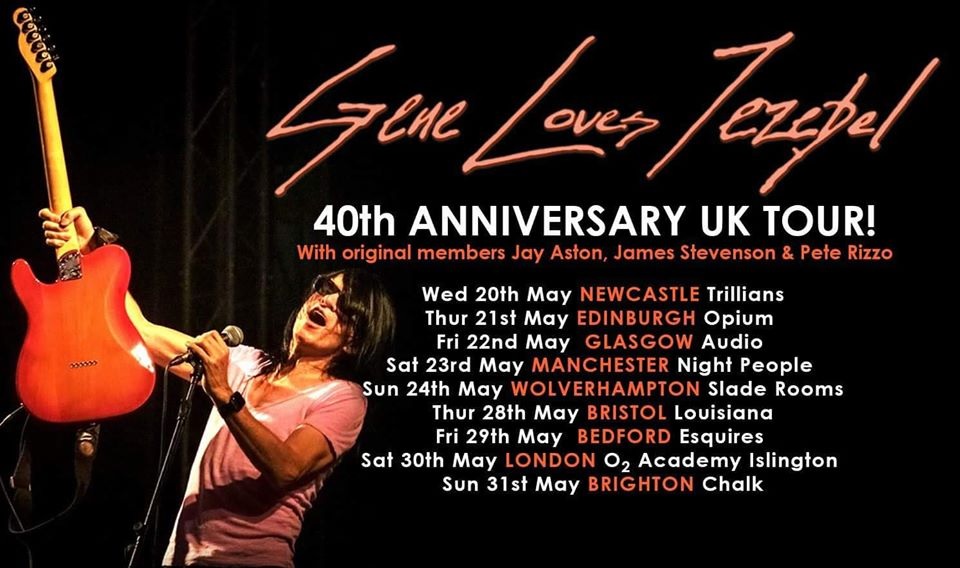