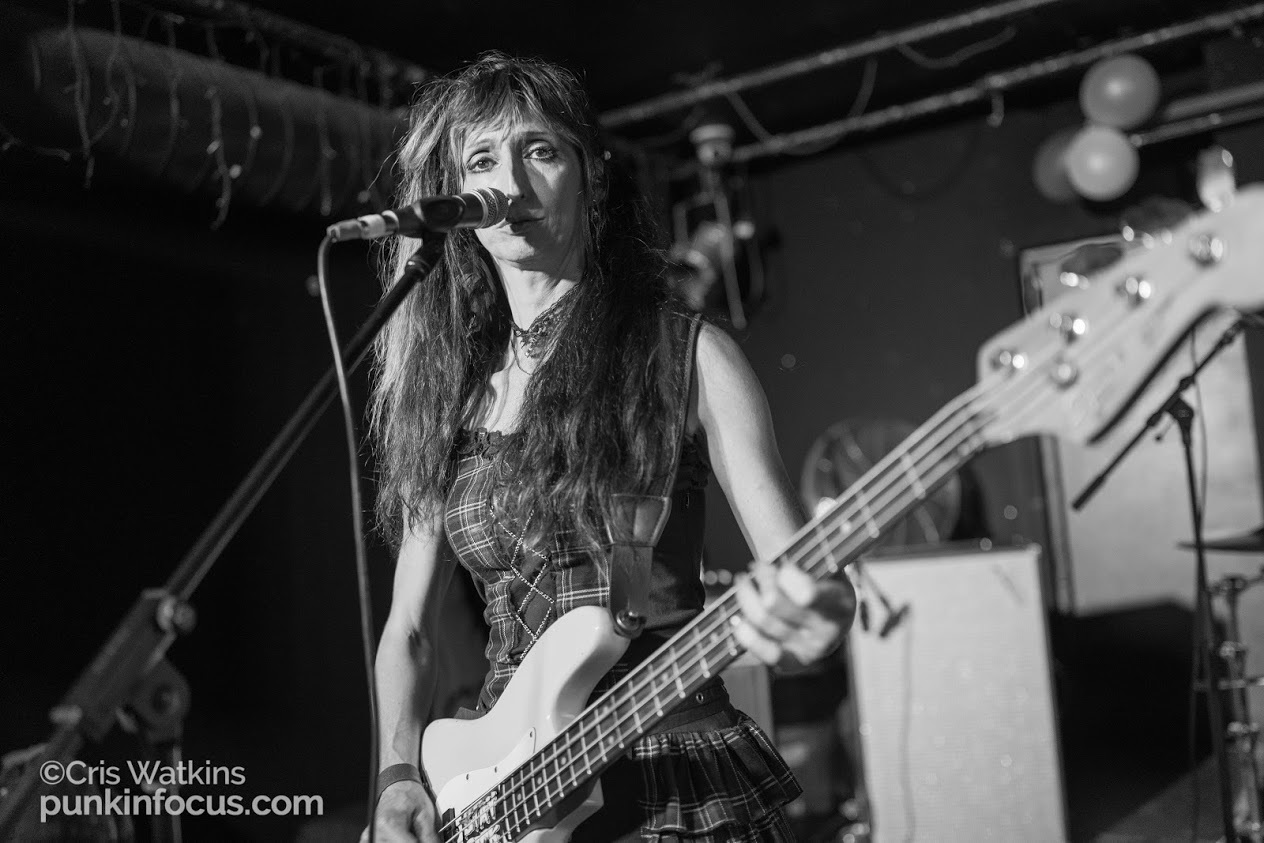 The Latest Music Bar in Manchester Street, Brighton was a hive of activity tonight for the launch of local trash rockers Scare Taxi’s brand new album entitled ‘Death By Music’.

As you would expect the venue downstairs was rammed by the time we eventually arrived. As is often the case in Brighton’s vibrant music calendar, yet again there was a clash of dates and so a decision had to be made. The overriding factor in this was that the acts on the other bill (Tacocat and Twen) up at the Hope & Ruin on Queens Road were both American and so it was extremely unlikely that we would get to see them perform as often as we can our local famed trash rockers. You can read our report on that concert HERE. Indeed, we will soon be witnessing a live set from Scare Taxi when they perform with Jim Jones & The Righteous Mind at the Green Door Store on 27th September. Once again, that show is going to be packed as it has already sold out!

So whilst we were lapping up the music at the top end of town, down at the bottom not far from the Pier, Jonny 8 Track was kicking off the evening’s proceedings from 8:30pm with his acoustic set. Jonny reappeared two hours later as he is also Scare Taxi’s talented guest drummer for the evening.
More info on Jonny 8 Track HERE.

At 9:15pm, the lights went out and the display screen went down as it was time for Scare Taxi to premiere their brand new video for ‘Lunacy’ which can be found on the new ‘Death By Music’ album. I am told that this went down rather well with the packed crowd.

Next up at 9:40pm was Brighton’s very own Idle Bones who are Brett Zero (vocals/guitar), Ashley Tugwell (guitar/backing vocals), Steve Johnson (bass/backing vocals) and Zach Huntley (drums). They formed in 2017 and since then the band have fine-tuned their sound to the pop-horror-punk that is missing in today’s modern music scene. They claim to be inspired by the likes of AFI, Misfits and The Cure. Idle Bones bring a playful darkness to their writing which combined with fast chuggy riffs and catchy modern hooks truly sets them apart in the UK music scene. 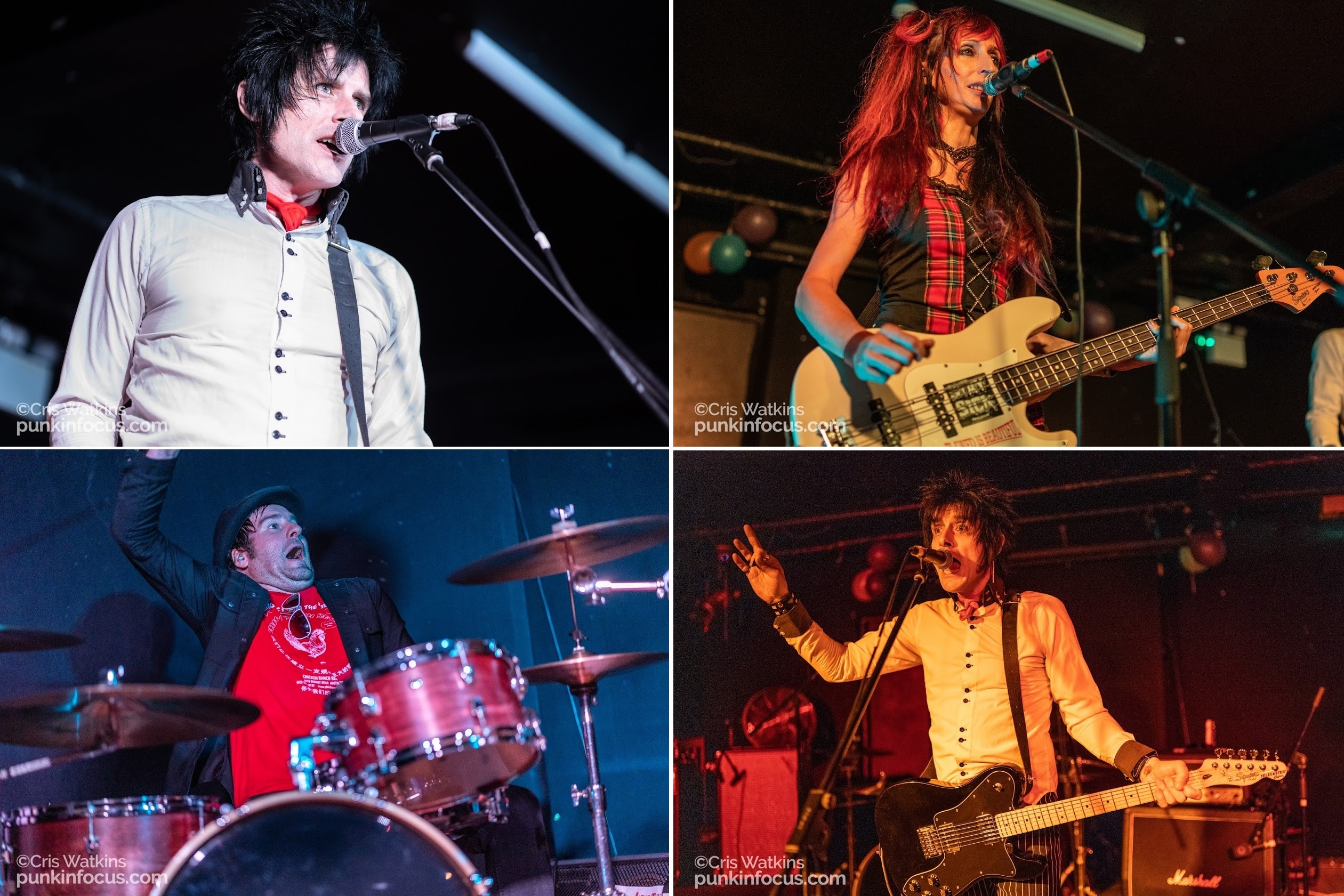 It’s now 10:30pm and time for Scare Taxi’s Alexander Boag, Tara ‘Guitara‘ Harley and Jonny 8 Track to take to the stage and for the Brighton & Hove News Music Team to arrive. Wrists stamped and we’re in, but only just, as the place is teeming with folks! Not seen it that busy since Let’s Eat Grandma played here during The Great Escape new music festival.

This evening the happy punters were treated to a dozen gems, that simply whizzed by. I suspect that this evening is the culmination of two years of hard work by the band, having formed exactly 24 months ago. From their inception to their first gig at The Wedding Present’s ‘Edge Of The Sea Festival’, to the release of their ‘Fear Of Driving’ 4-track EP and endless local gigging to get their name out there and to finally arrive at this evening’s debut album release.

Scare Taxi are building a name for themselves and indeed Alexander Boag has been there before as he was the frontman of 1990’s chart band These Animal Men, who in their time secured three Top 100 albums and five Top 100 singles. This is a guy who knows how to throw a pose and keep the photographers happy.

Both Tara and Alexander share vocal duties on their material. I particularly enjoy watching Tara acting as though she has a fly in her eye on the aptly named ‘Fly’, and if I had to choose an outstanding track from their set, then it would be the following number to ‘Fly’, that being ‘Great Things On My Mind’.

The can vary their riff-laden set and performed two No.1 hit single cover versions, namely ‘The Model’ by Kraftwerk (which incidentally Spizzenergi now also cover), and ‘Tainted Love’ which most people know was made famous by Soft Cell, but was actually penned in 1964 by Ed Cobb, formerly of American group the Four Preps, and it was originally recorded by Gloria Jones, who is linked in perpetuity with Marc Bolan and T.Rex. It has to be noted that Scare Taxi’s version of ‘Tainted Love’ is far nearer the Marilyn Manson version than either the Soft Cell and Gloria Jones recordings, in the fact that it’s heavy, and Alexander ensures that he and the band finishes their set with aplomb.

For further info on Scare Taxi visit HERE and HERE.

The event ran well into the night (2am to be precise) as Brighton based DJ Andrew Lowlife hit the decks with his alternative club night. 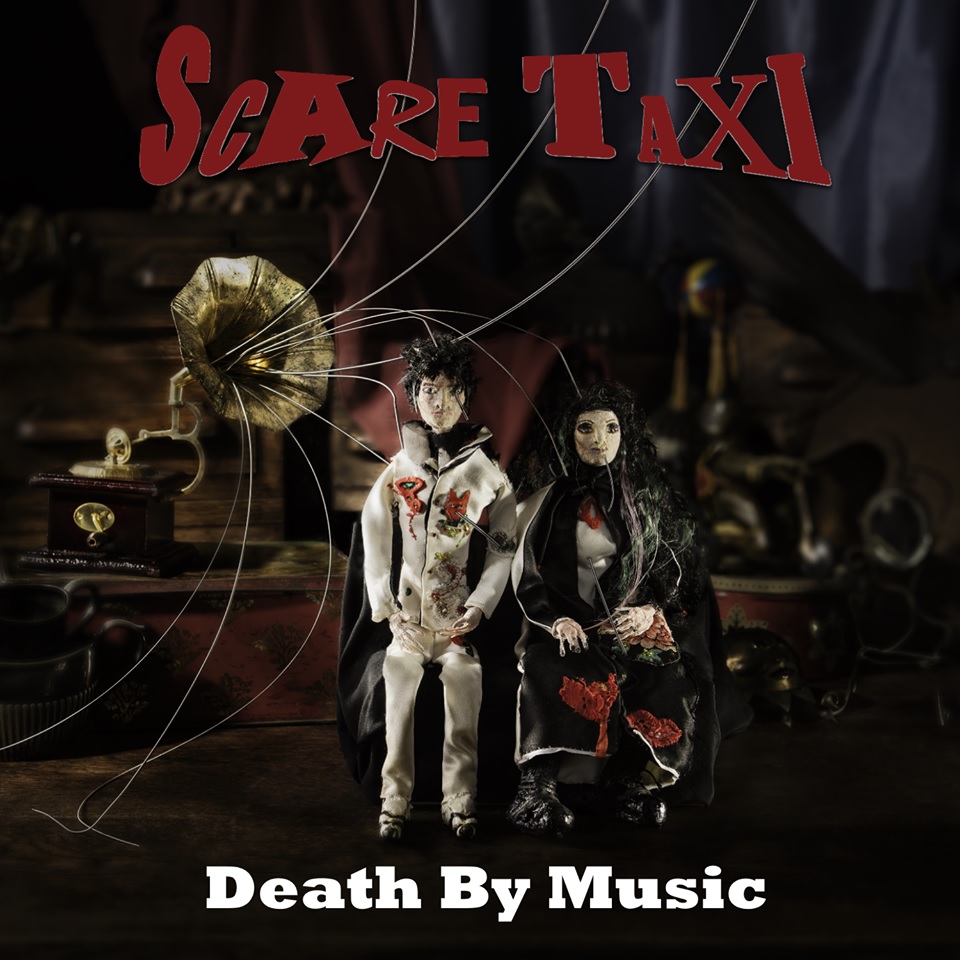