Have you seen missing hippo? 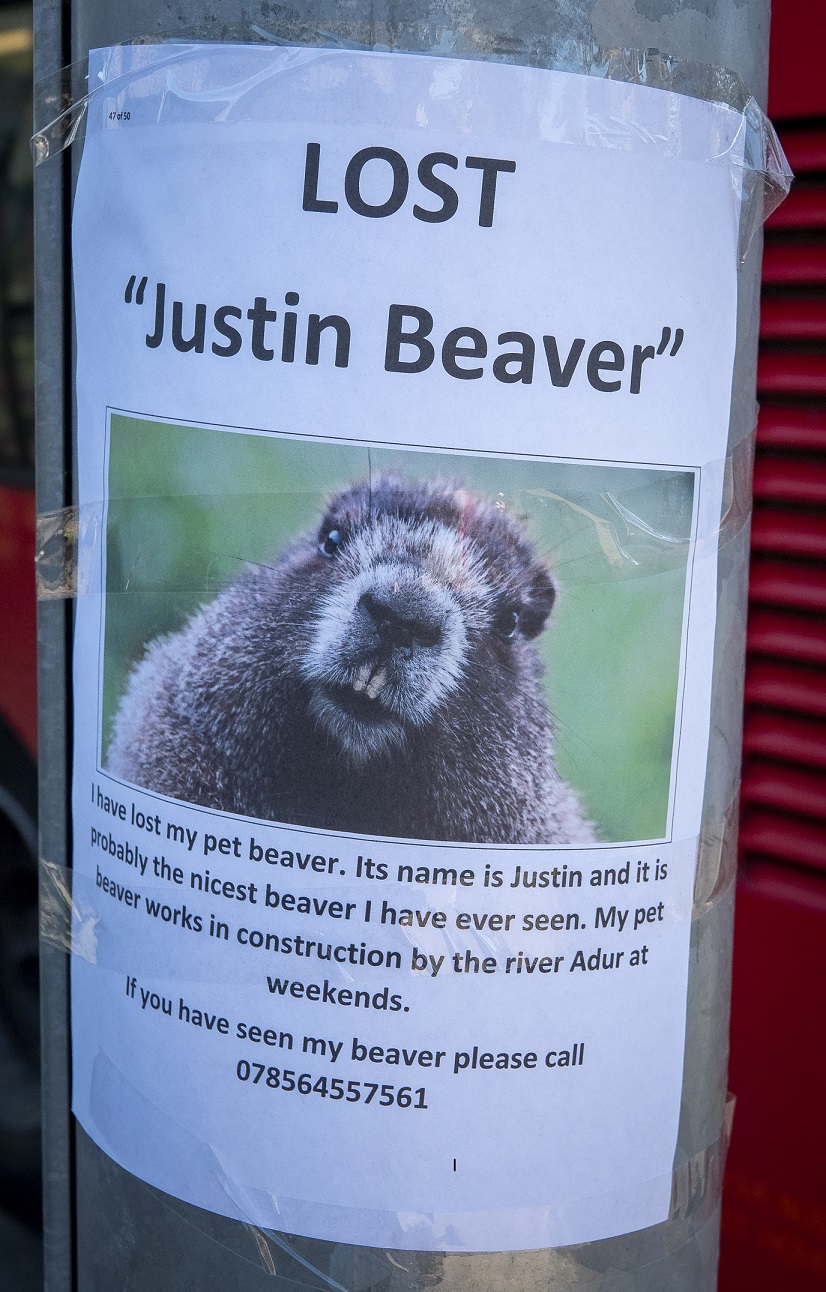 A series of spoof missing pet posters featuring hippos, goldfish and sharks have been put up around Hove.

The posters were up on trees and lamp posts in New Church Road, along with a brief history of how each went missing and fake mobile phone numbers.

One said: “I have lost my pet beaver. Its name is Justin and its probably the nicest beaver I have ever seen. My pet beaver works in construction by the river Adur at weekends. ”

Another says: “This is Edward my bat. If you see him please do not offer him food. He is a lifelong vegan and is in the “twilight” of his years.

“I am worried about him being out there all on his own as he suffers from nyctophobia. He is basically scared of the dark.

“He does nothing good for the reputation of bats. He is an embarrassment to the species but I love him.” 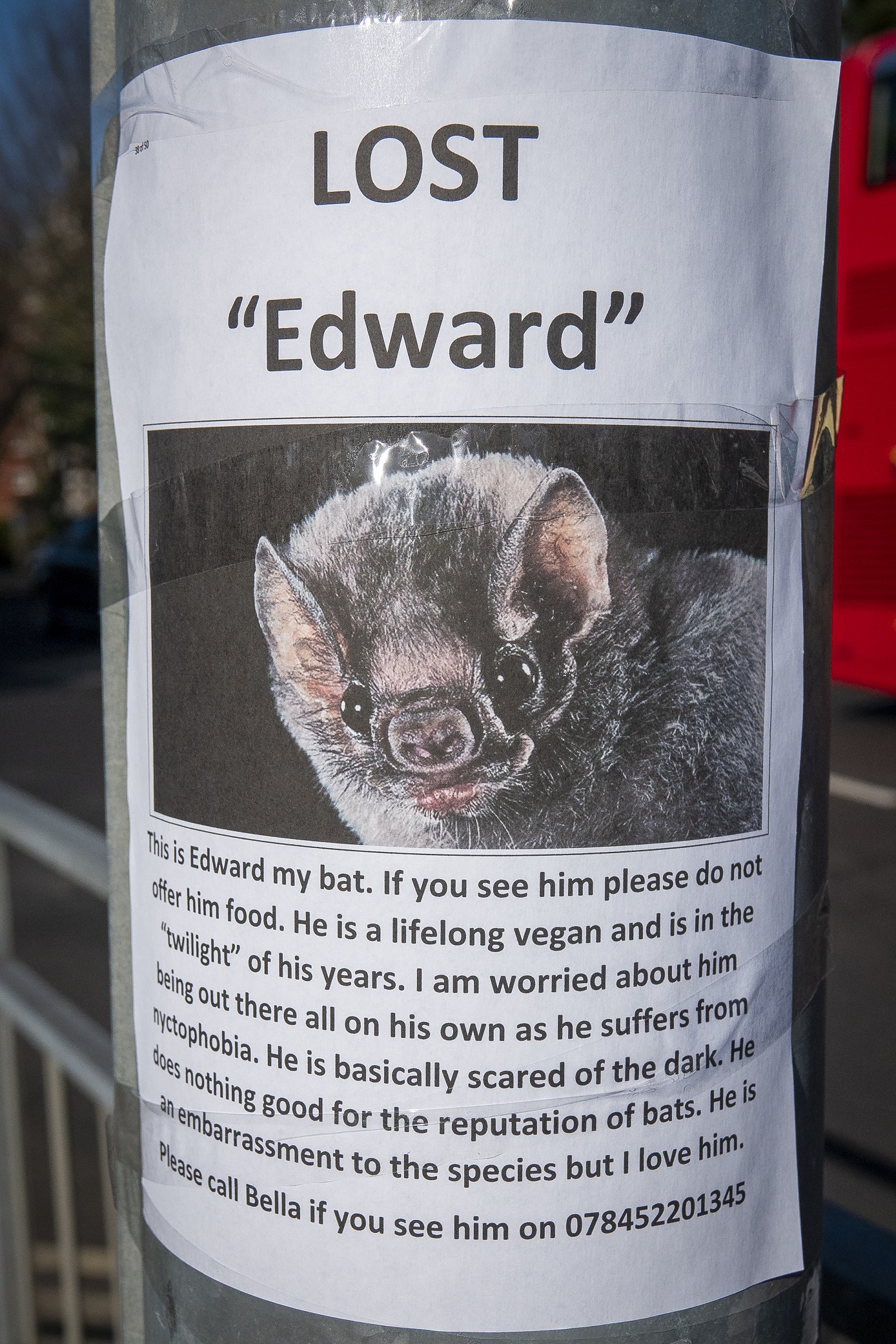 One pet you definitely wouldn’t want to come across is Funky: “Long before you catch a glimpse of Funky, you’ll be able to smell him.

“He wears way too much Lynx Africa like so many men do and cares little for the environment and its ozone layer.

“He is instantly recognisable by the white strip down his back and a love heart tattoo on his right buttock. 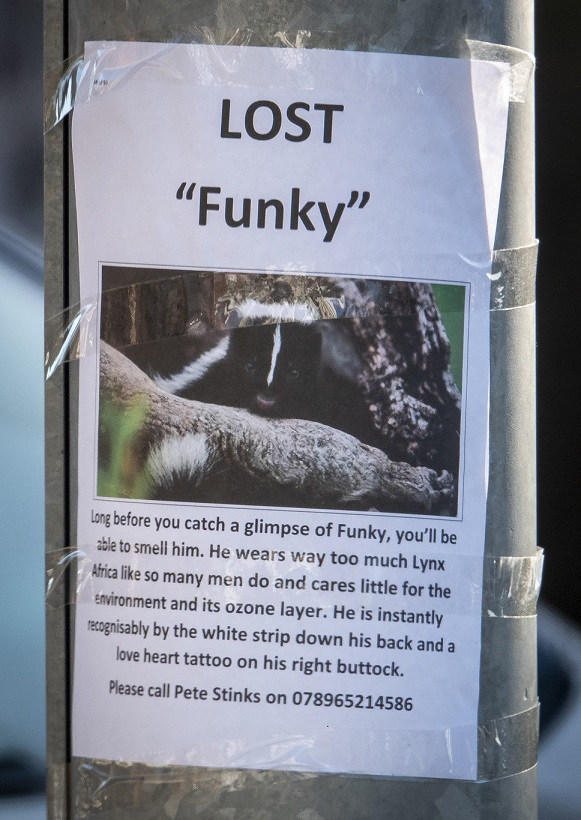 Other posters feature Usain the snail, Lucy the “lap hippo”, Tibbles the tiger, Chips the goldfish, Steven the seagull and Amanda the shark who was picked up in last week’s strong winds 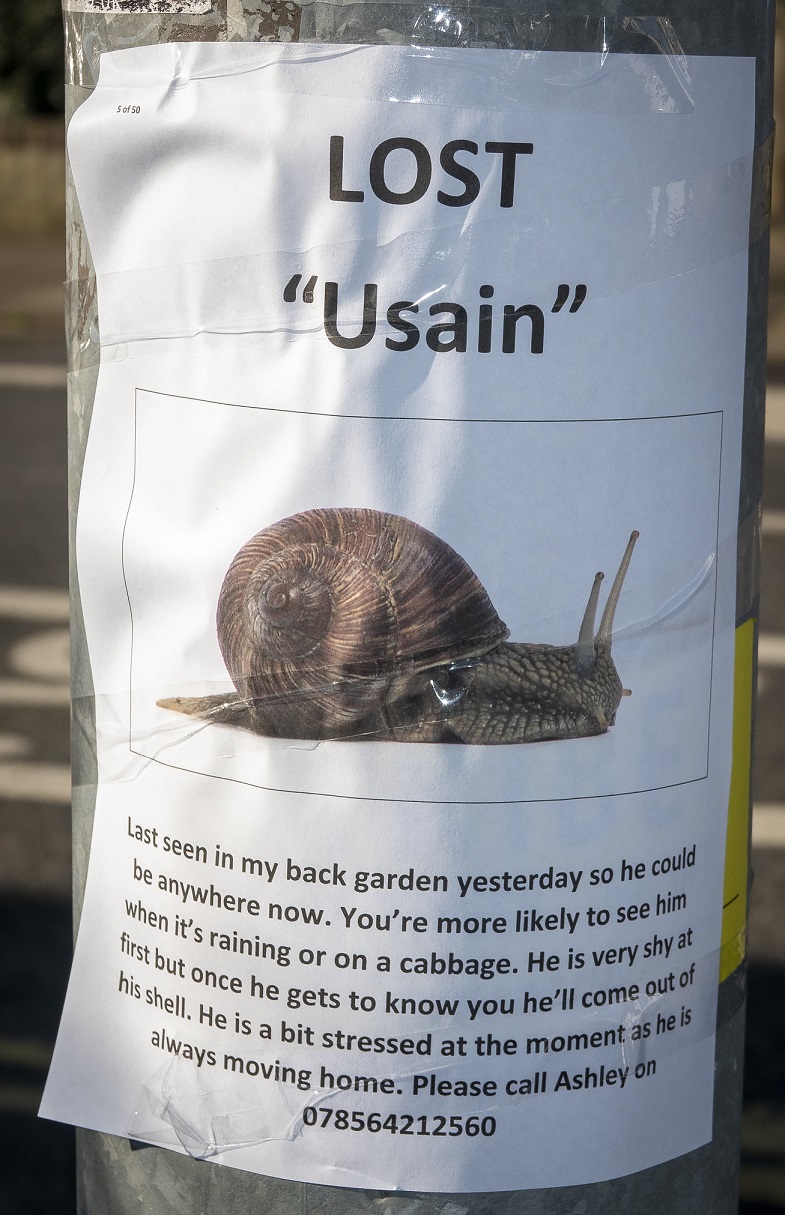 Aleksandr the meerkat went missing at the cinema, while McClusky the cockerel disappeared while crossing the road. 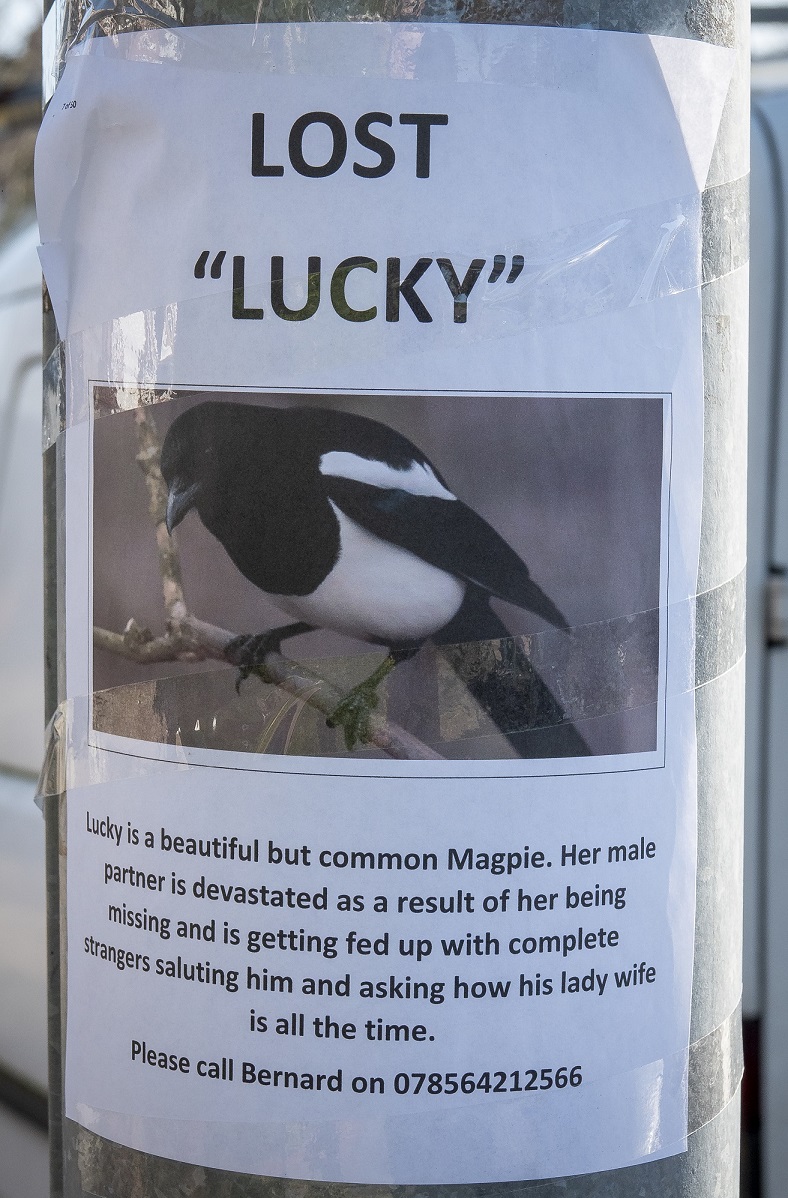 Lucky the missing magpie’s partner is becoming distressed when strangers salute him and ask how his lady wife is all the time.

Tiny the elephant might be hiding in a shed or small hedge and sometimes forgets where he lives.

All the posters supply a mobile phone number with one too many digits. 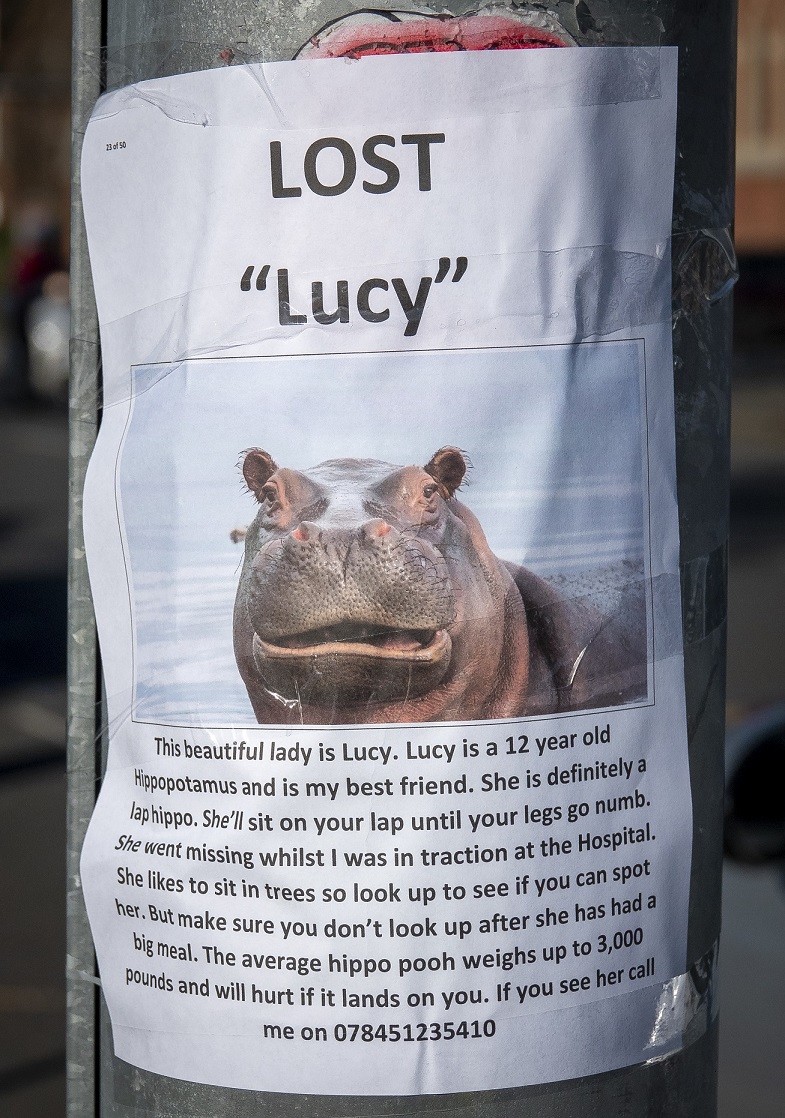 But he said he had now put his poster days behind him, and these were not his handiwork.