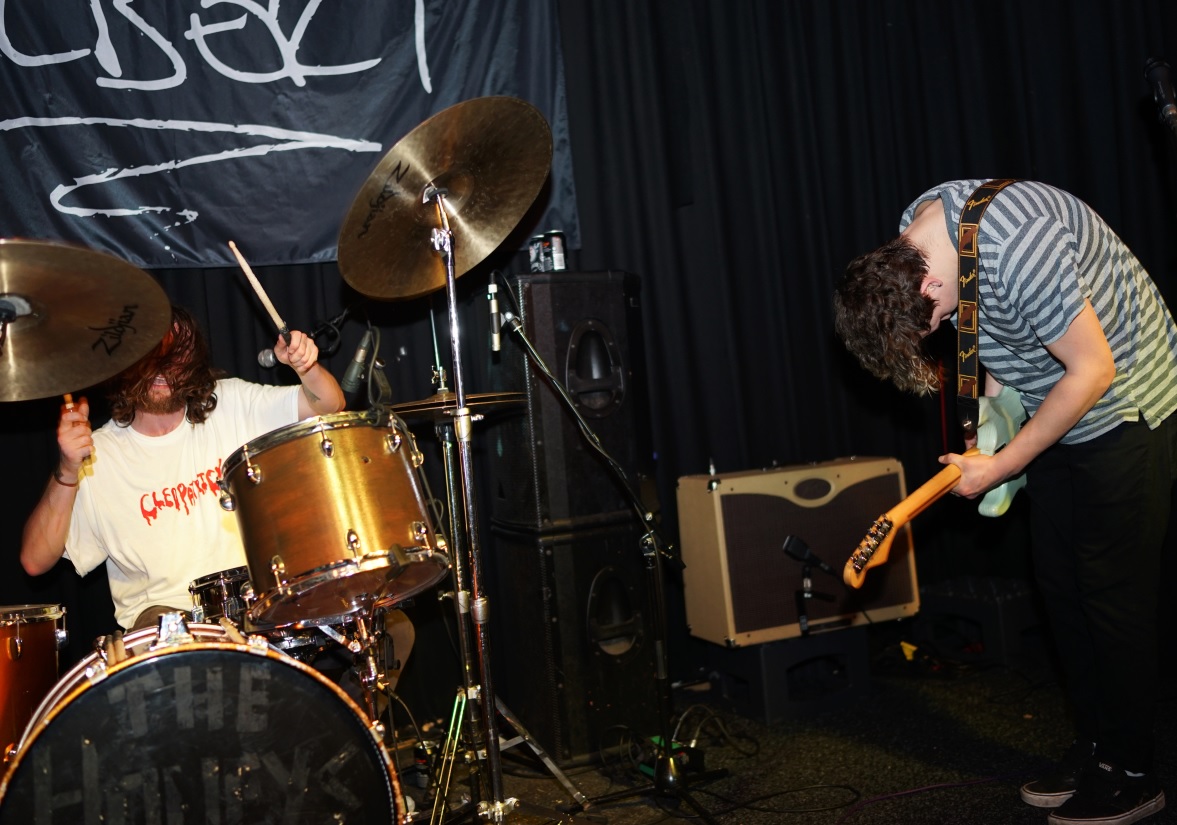 As Storm Denis is brewing outside, us punters are all safe inside the popular Prince Albert pub and concert venue in Brighton this evening. Tonight’s event is being staged by local promotions company Modern Age Music, and features the talents of Rare Devices, SNAYX, Fairway, and topping the bill Brighton’s Five Kites. 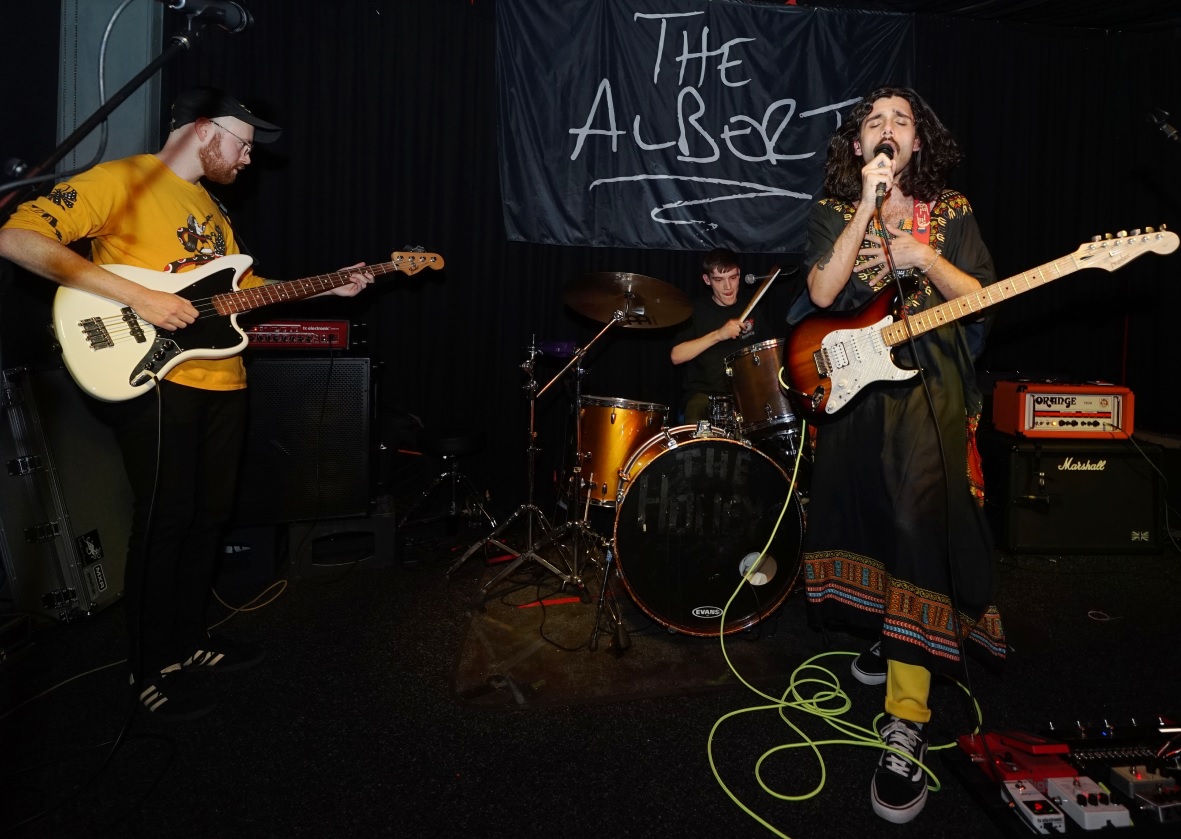 For those who braved the weather and headed down into town nice and early, they were treated to 60s’ sounds of local trio ‘Rare Devices’. The band consists of James Gillingham, Sam Lelliot and Jamie Chellar. They offer up quite a unique Woodstock inspired sound with the lead singer reminding me of Jimi Hendrix meets a Beach Boy, with his ethnic tunic. This most certainly goes with the inspirational, experimental psychedelic-like soundscapes. They purport to be inspired by the likes of The Beatles, Muse and Biffy Clyro. Possibly the band Jim Marshall would have taken note of and inspired to photograph, with the already hyped crowd loving every moment with the bands short but sweet set.

Find them on Soundcloud. 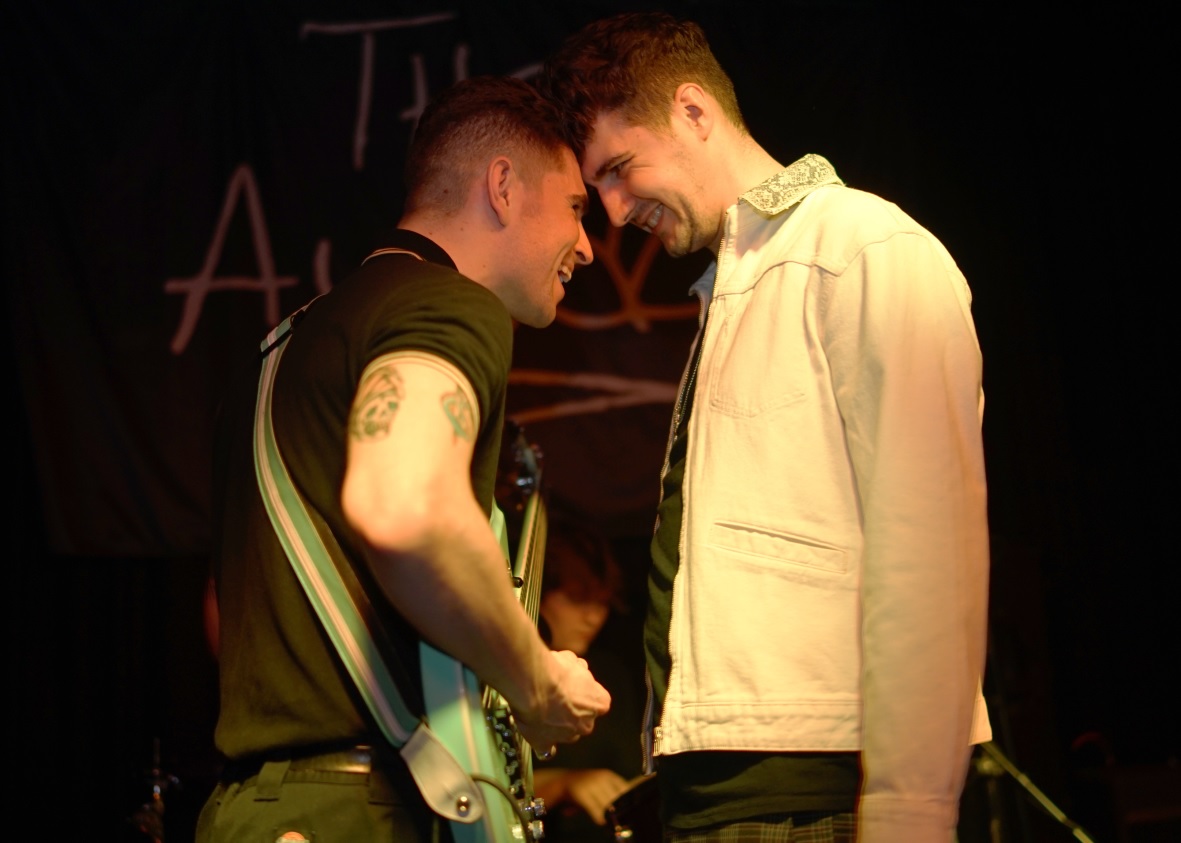 Up next were SNAYX, which is pronounced ‘snakes’. I do believe these lads are Seaford based and have so far recorded two singles, ‘Body Language’ (2019) and ‘Deranged’ (2018) and have attitude and gritty guitar riffs to match. SNAYX were founded in late 2018 and have taken the scene by storm having already supported international acts such as D-Boy (read our review HERE) Kid Kapichi, Nova Twins and more.

Tonight, the lead singer took to the stage swigging a bottle of ‘Buckfast’, clearly he was up for it! They hit the floor running and engaged in an energetic interaction with the audience in a punk anti society kind of way. The Prince Albert’s smallish upstairs room was by now already cramped. This year the band will release their debut EP which is definitely worth a listen after seeing tonight’s live performance. The ecstatic guitar riff of their first release ‘Deranged’ being the most memorable song of their performance in tonight’s show.

Those that already have tickets will be able to catch their next Brighton show up at the Green Door Store on 20th March, where they will be again performing with band of the moment Kid Kapichi and Lazybones.

Find them on Soundcloud and check out their website – snayx.com 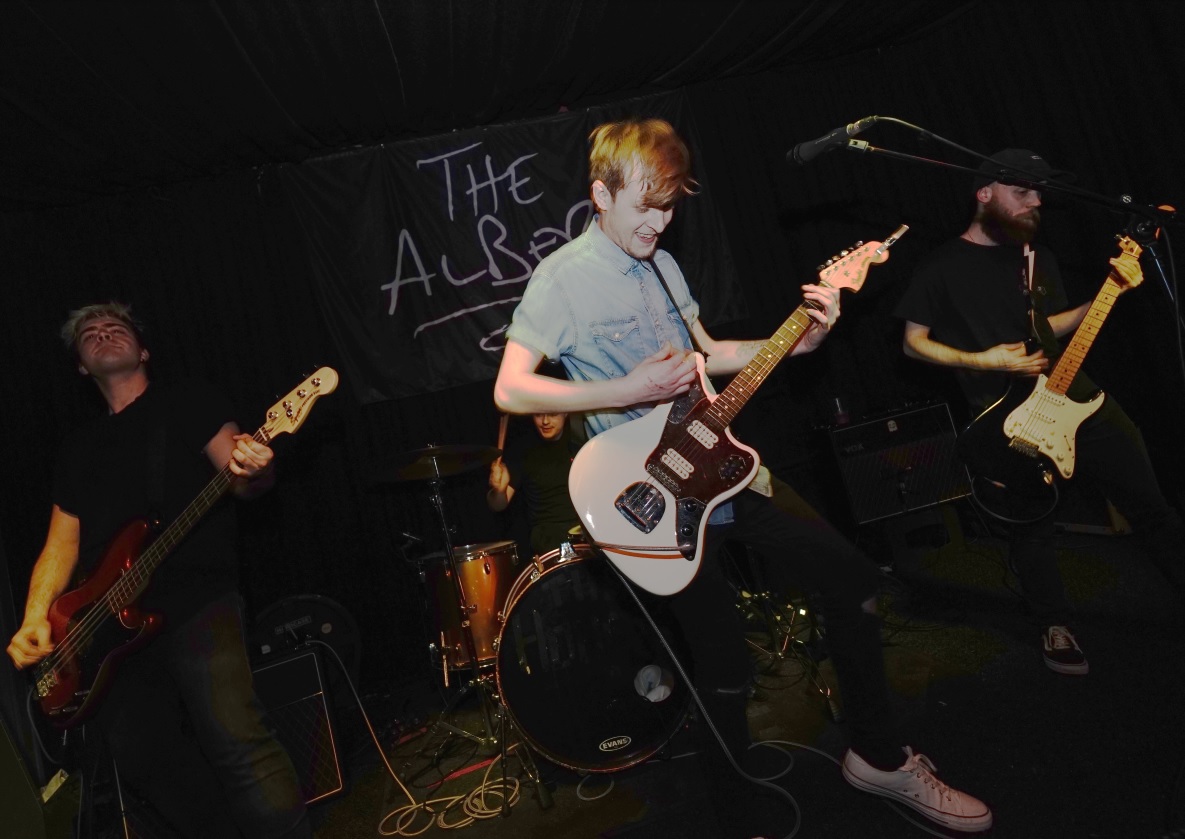 SNAYX were followed in contrast by the fairly new (formed early 2019) London based alt-rock band Fairway which consists of band members Marty Jackson on vocals and guitar, Kile Church on bass, Jack Cuncliffe on guitar and Joe Parsons on drums. The band released a single called ‘Fade Away’ back in September last year and are currently working on their next release which will be a debut EP, which is scheduled for release this coming April.

This evening, they joke more about living in South Ruislip and hit hard with the banter rather than focusing as they nervously power through the short but sweet set. 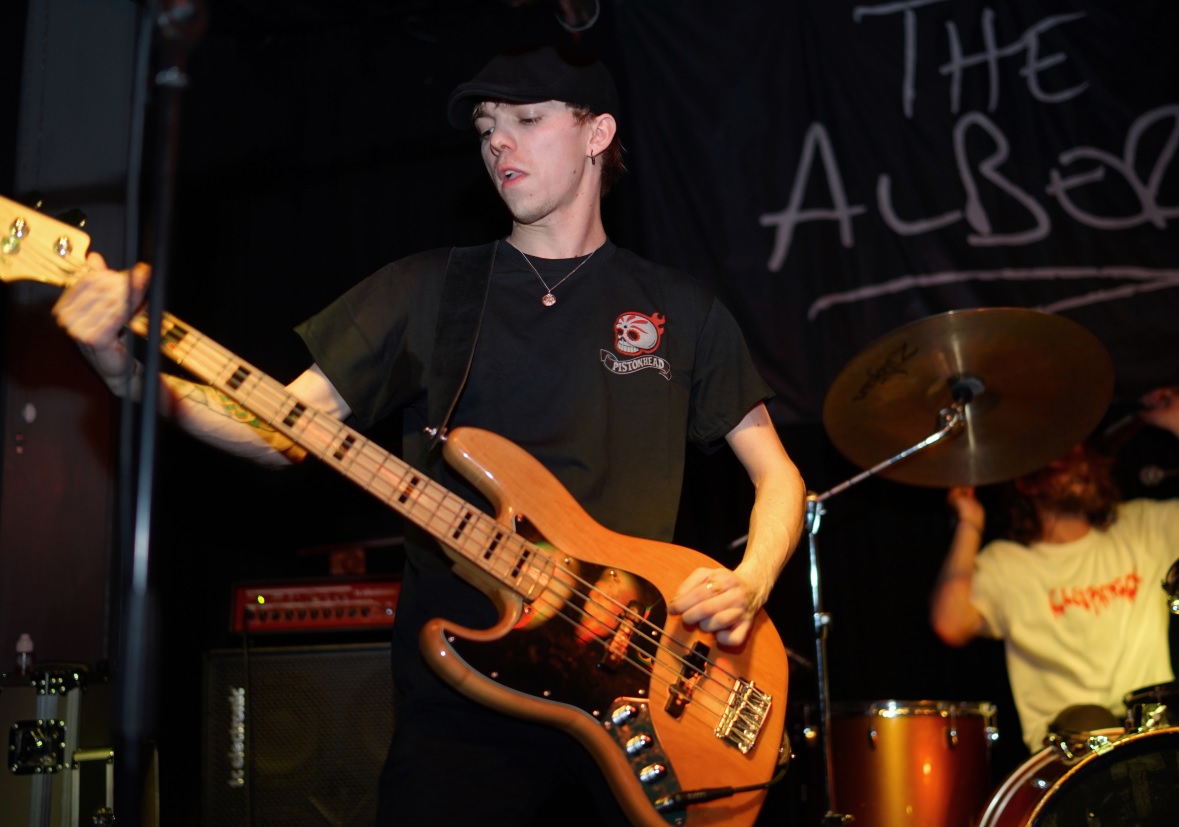 Brighton’s Five Kites have burst onto the local scene in recent months. The three-piece produced a powerhouse display on the Modern Age Music stage at The Great Escape back in May, and followed it up with an electric show supporting SONS on a sold-out show in September. After a busy 2019 live calendar, the band released their latest single ‘Leaving Town’ last October.

Five Kites are ready to take last year’s momentum onto bigger things in 2020, thus the six-date UK tour, which kicks-off with some promise tonight at The Prince Albert. They are now most certainly being flagged on many people’s lists of up and coming bands, with their Nirvana-esque meets The Killers rock ballads style and grundgy guitar sounds, they are the ones to watch out for.

Their set is played out with energy and passion, moving between hard guitar sounds and the more melodic slower tracks. A nice touch to end the evening was their cover version of the ‘Beastie Boys’ classic ‘(You Gotta) Fight For Your Right (To Party)’, originally found on their 1986 debut ‘Licensed To Ill’ hit album. Throughout the number The Prince Albert punters were jumping and pogoing along in pure happiness. This song happened to be the breakthrough song for the Beastie Boys and so let’s hope that ‘Five Kites’ will also breakthrough and start to play to bigger audiences in the very near future. I can see the band winning some new fans here tonight with their super energetic performance.

Check them out on YouTube, Spotify and on Soundcloud. 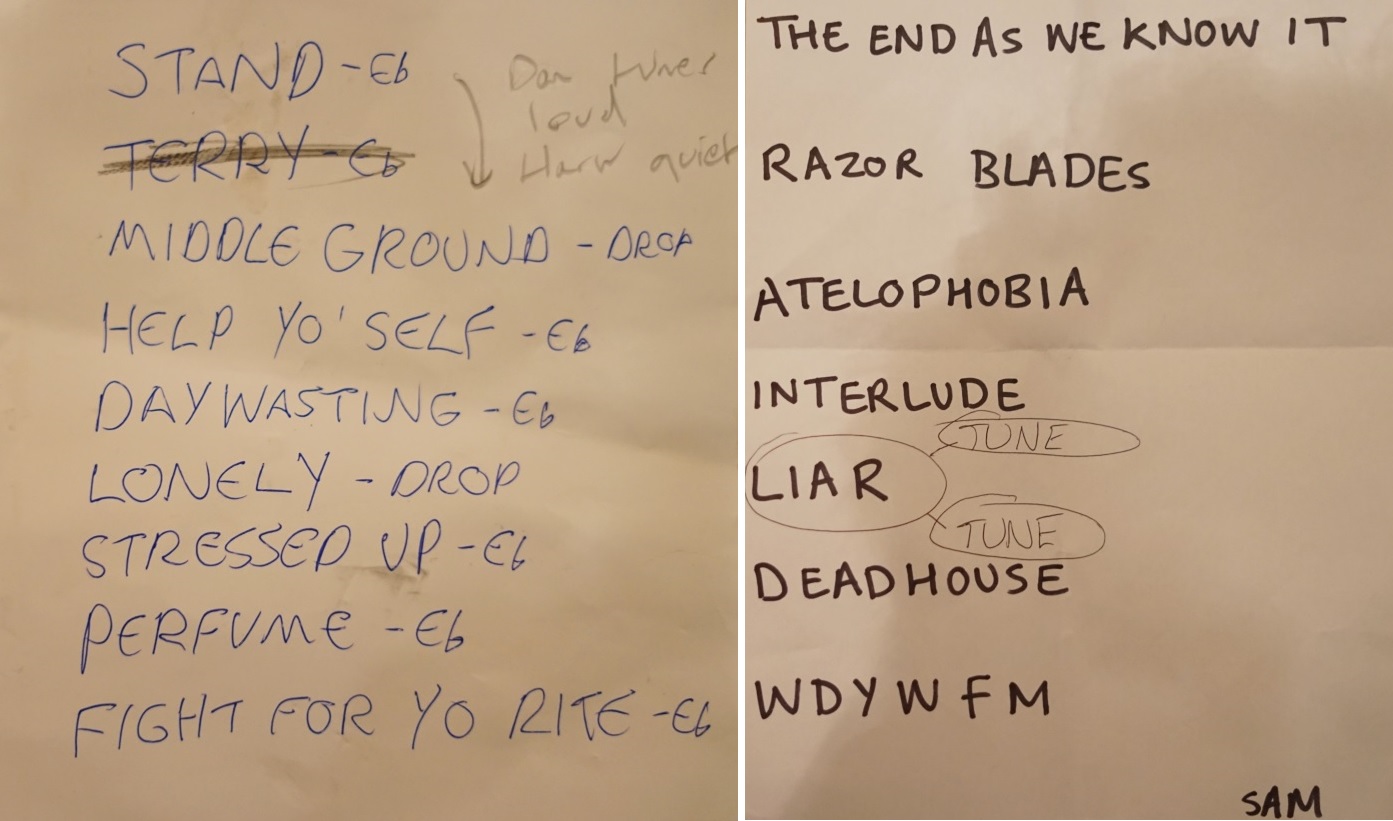 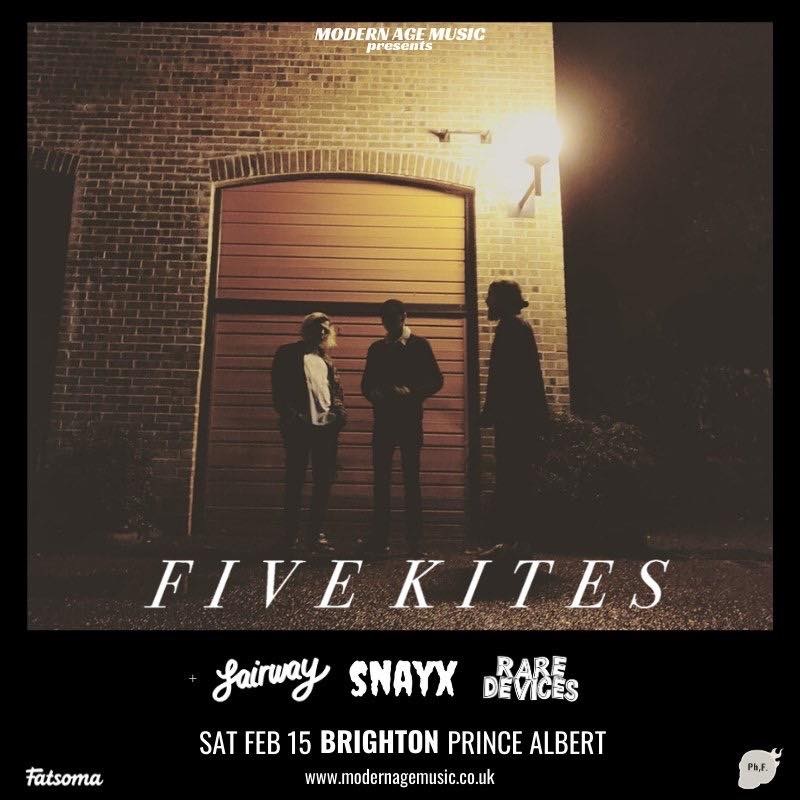