DITZ – now in the same league as IDLES & Fontaines D.C. 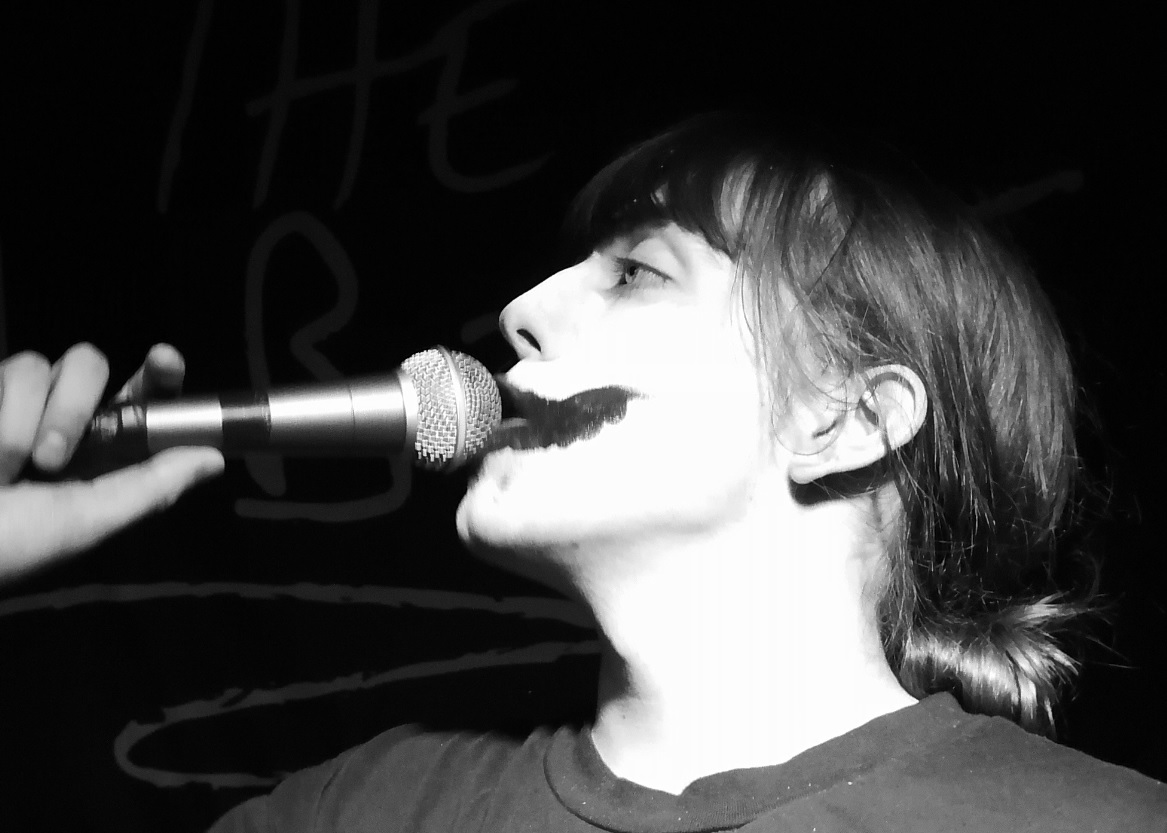 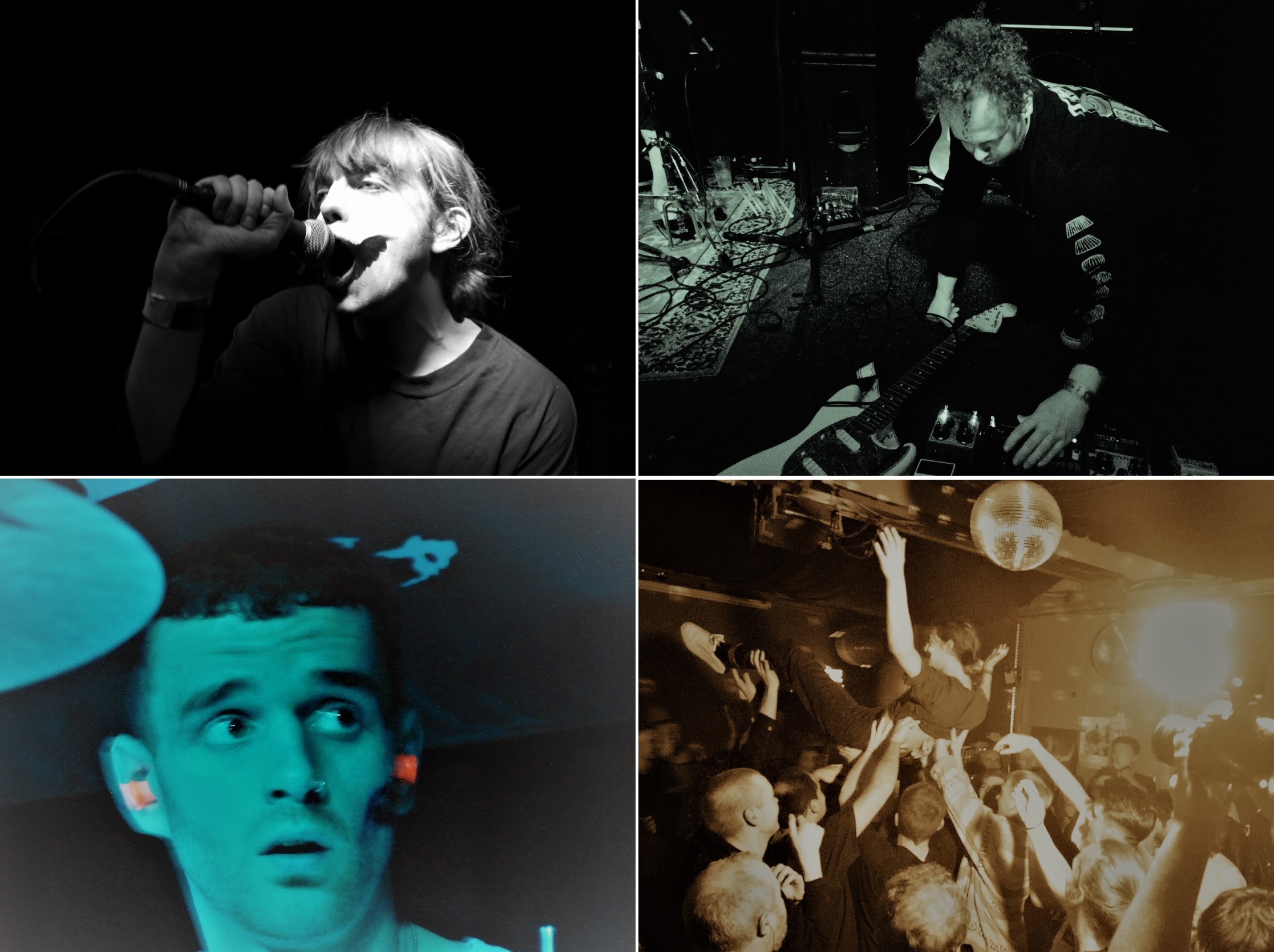 DITZ are Cal (vocals), Anton (guitar), Caleb (bass), Sam (drums) and former drummer Jack switching to guitar with the departure of Archie. DITZ are out on the debut headline tour, which has already seen them take over Leicester, Sheffield, Birmingham, Manchester, Glasgow, Leeds and London, with only Bristol to follow. Looks like they have been going down a storm and the words most certainly out! Even IDLES Joe Talbot now raves about them.

With the switch around of personnel and Sam now leading the gang on drums, it’s the perfect mix. Sam is really up for it and attacks his drum kit like there’s no tomorrow. He’s fighting with it and he’s winning! Their ‘noise rock’ music is better than ever and it’s pure joy to see them play, and Anton once again gave his instrument a good old rock’n’roll bashing!

Interestingly, DITZ performed their first ever gig here at The Prince Albert and it was nearly four years ago. They have come such a long way, but reassuringly still have a much longer journey ahead of them, based on tonight’s performance. If only the band had videoed it or recorded the music for prosperity!

They initially took to the stage in total darkness and then they and us to a degree were bathed in blindingly red light, before launching into their opener ‘Kate Moss’. The noise rock was freely flowing and vocalist Cal was sporting Batman Joker style red mouth makeup paint as he pointed out that “We aren’t as funny as the other bands and so I did this!”. 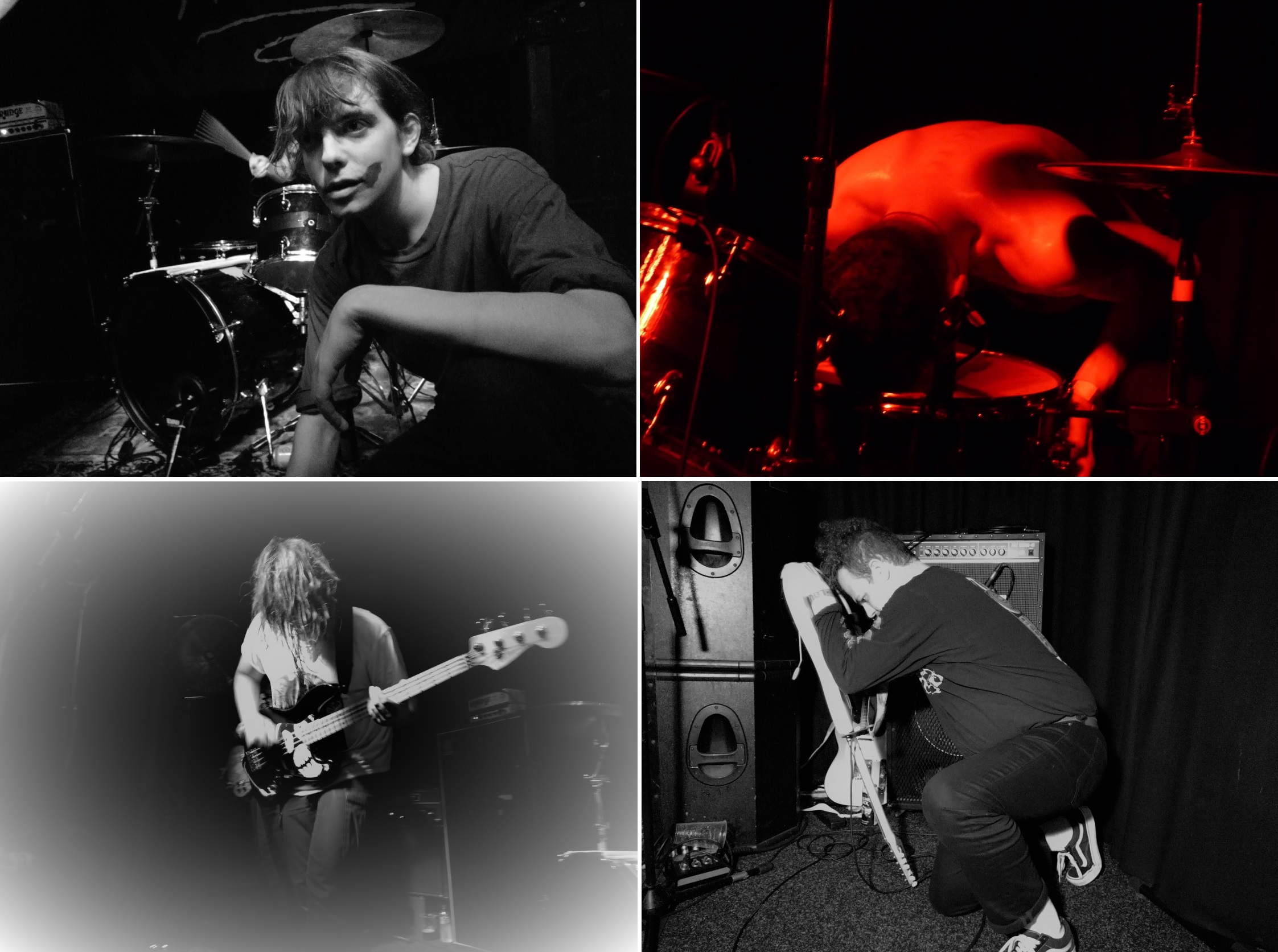 Soon they launched into their latest Alcopop! Records single ‘Total 90’. Watch their interesting video HERE. It sees the band face off against a football team consisting of members of friends from Slaves and FUR and was made to highlight discrimination and inequality within the game. It was shot at The Dripping Pan, which has been the official ground for Lewes F.C. since 1885, and sees the band wearing Altrincham F.C.’s Football vs Homophobia rainbow coloured kit.

On their new material, DITZ further explore their signature raw energy sound by mixing stark minimalism with explosive bursts of noise which tonight were absolutely top drawer. Their timing was out of this world. Their stop-starts were totally delivered to the millisecond and the brief silences hurt your ears – if you catch my drift? Clearly here is an outfit of great musicianship.

Vocalist Cal most certainly has that Bowie androgyny about him these days, which is accompanied by that off into the distance stare. Tonight he went on a few jaunts around the sold out crowd as he was proudly held aloft. The punters were most certainly having fun this evening, which was made all the better by only having plastic glasses available, and so no standing in broken glass, from the ones that had fallen off of the stage from the band’s vibrations – a very sensible move!

Before we knew it ‘No Thanks I’m Full’ was upon us and Cal and his chums were on knob twiddling duty again, as the guys ended the very successful performance in a loving crescendo of distortion. DITZ are a band you seriously MUST check out! 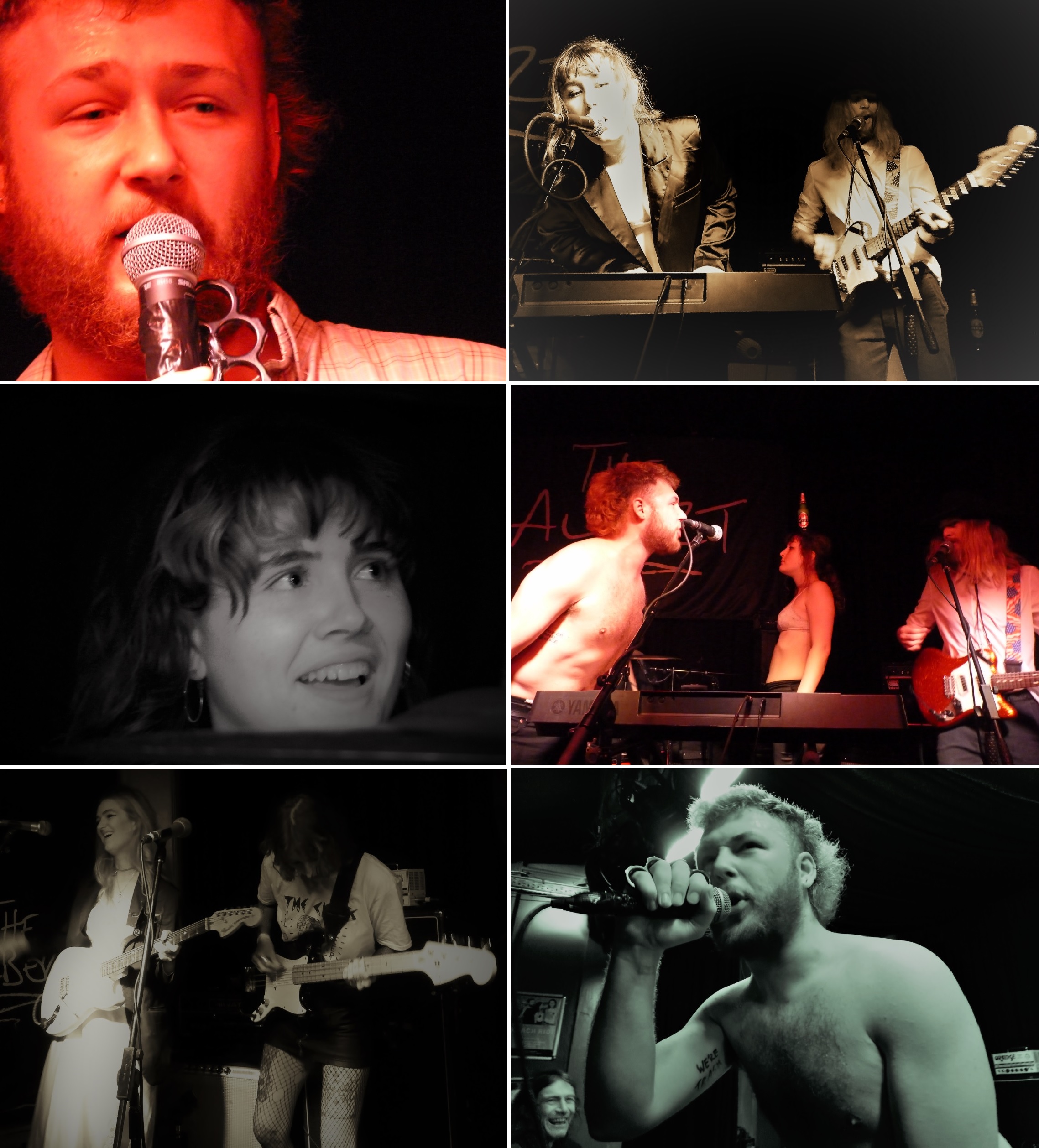 First up tonight, and very much setting the tone for the evening were arguably Brighton’s best new band – Wife Swap USA. This is a name that we are certain that you will be hearing a lot more about over the next year! This Brighton ‘vibecore’ sextet got it together last summer and consists of Harry Saunders (vocals), Kimberley Gardiner (bass), Leila Deeley (lead guitar), Matt O’Riley (rhythm guitar), Phoebe Lunny (keys) and Annabel Whittle (drums).

Wife Swap USA combines the grit and social awareness of IDLES, Slaves and Fontaines D.C., with the humour of Amyl & The Sniffers, The Chats and Peter And The Test Tube Babies. They fill the gap you didn’t know needed filling. Subverting classic punk themes with snarling bitterness, these newcomers are most certainly the ones to watch out for in 2020 and good luck anybody trying to stop them.

Tonight, the young hopefuls whizzed through a dozen tunes starting with ‘Sloths On The Run’, which was a positive start. This was followed by the best song Peter And The Test Tube Babies didn’t write ‘Too Sad To W*nk’. I love this blistering paced gem. Many of their tunes can easily be learned on the spot and sing along to, including ‘I Don’t Wanna Work In A Bar Anymore’ and ‘I Wanna Play In A Punk Rock Band’.

Punk legend Jordan was in attendance and thoroughly enjoyed their set. It was her second helping, despite the band having played less than half a dozen gigs. Her highlight was ‘Lipstick’. They ended on ‘Mullet Envy’, which reminded me of the Aussie lads in Amyl & The Sniffers as well as Brighton’s sadly missed Rotten Foxes.

You can catch them next in Brighton at the Latest Music Bar on Friday 24th April – details to follow soon from the band.

Wife Swap USA setlist:
‘Sloths On The Run’
‘Too Sad To W*nk’
‘Snowstorm’
‘I Love The Pub’
‘You’ve Been At The Bins’
‘I Don’t Wanna Work In A Bar Anymore’
‘I Wanna Play In A Punk Rock Band’
‘I’ll Tell Me Ma’ (cover version of traditional song)
‘I Lost My Virginity’
‘Sniffing USA’
‘Lipstick’
‘Mullet Envy’ 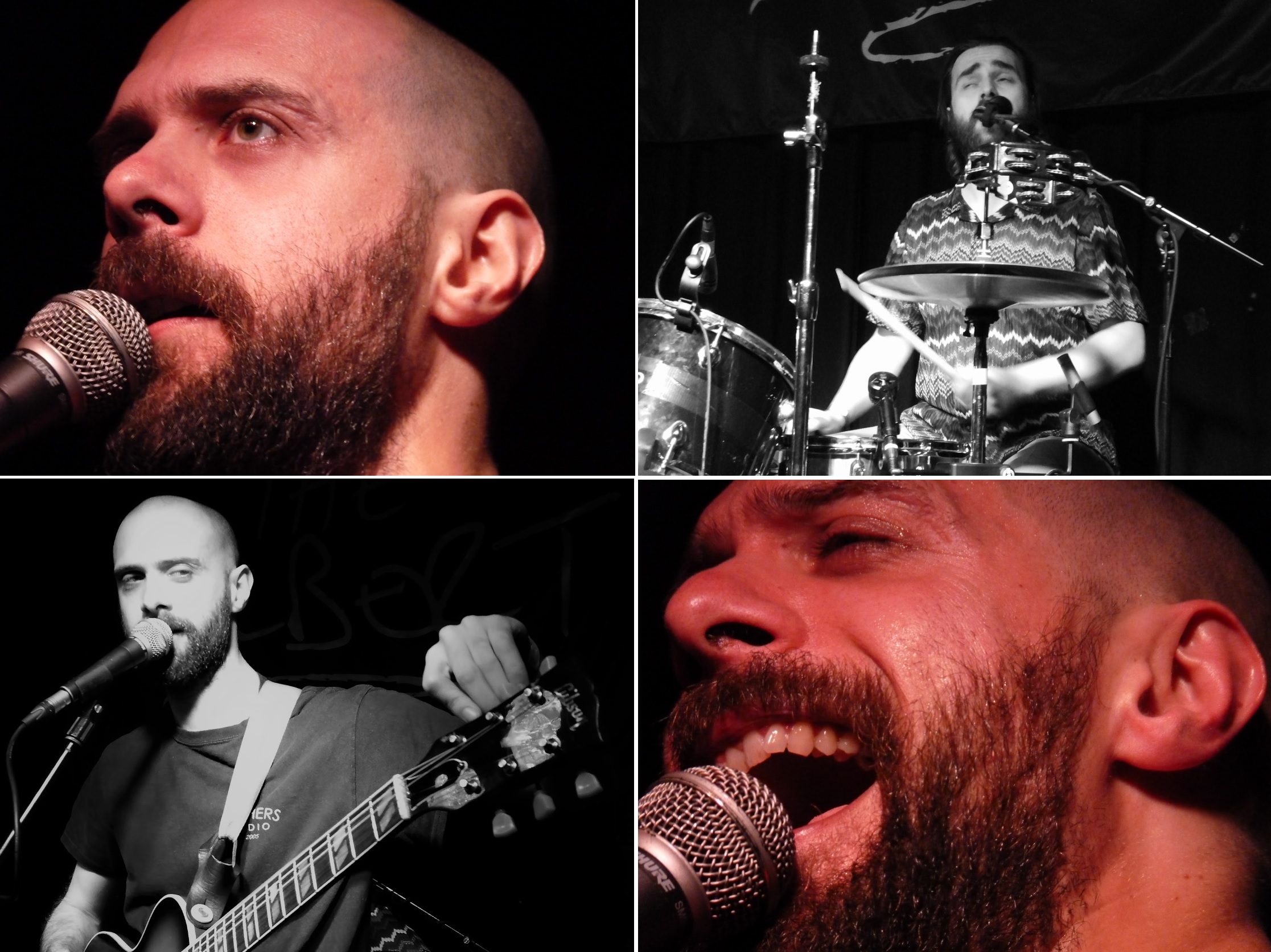 Next up this evening were a Croydon based duo going by the name of Frauds. They comprise of Chris Francombe (vocals/drums) and Mike Alvarez (guitar/vocals) and were last seen venturing down the A23 when they appeared at The Hope & Ruin on 12th October last year in support of JOHN. I noted that Mike’s Max Wall haircut has sensibly vanished which now concentrates one on his piercing gaze.

Mike and Chris have and been on their quirky case since late 2012 and this has given the guys time to perfect their ‘we don’t look heavy like SONS, but we nearly are’ sound. Their powerful indie-rock performance went down rather well with the concert goers and I’m pretty sure that they have acquired a few extra fans along the way this evening. For myself, I preferred their lighter moments filled with very British Monty Pythonesque skits. They won over the already packed room, some of which will no doubt be purchasing their forthcoming second long player which they finished a couple of weeks ago. In the meantime they can do with checking them out on Spotify and not the Comedy Channel. Oh and Google, they won’t be visiting Copenhagen any time soon, so quit the ads! They might have cemented “I’ve seen your future, I’ve seen your past” into my brain for some time! 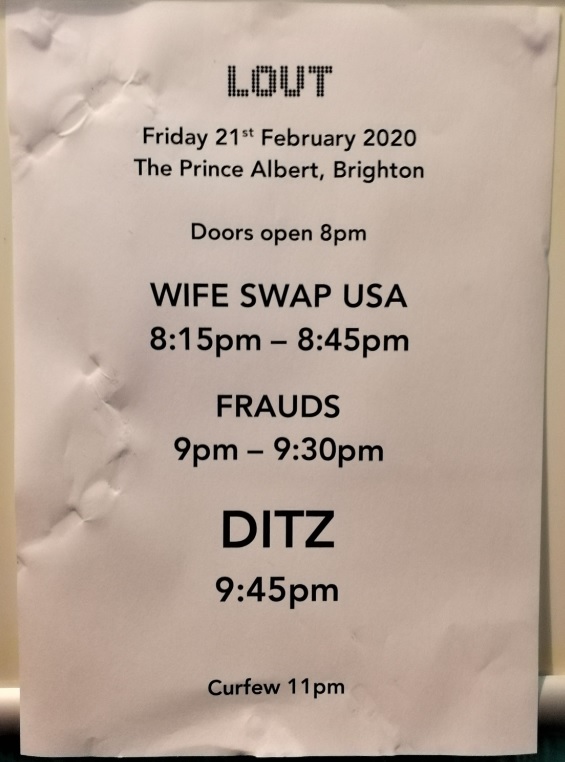 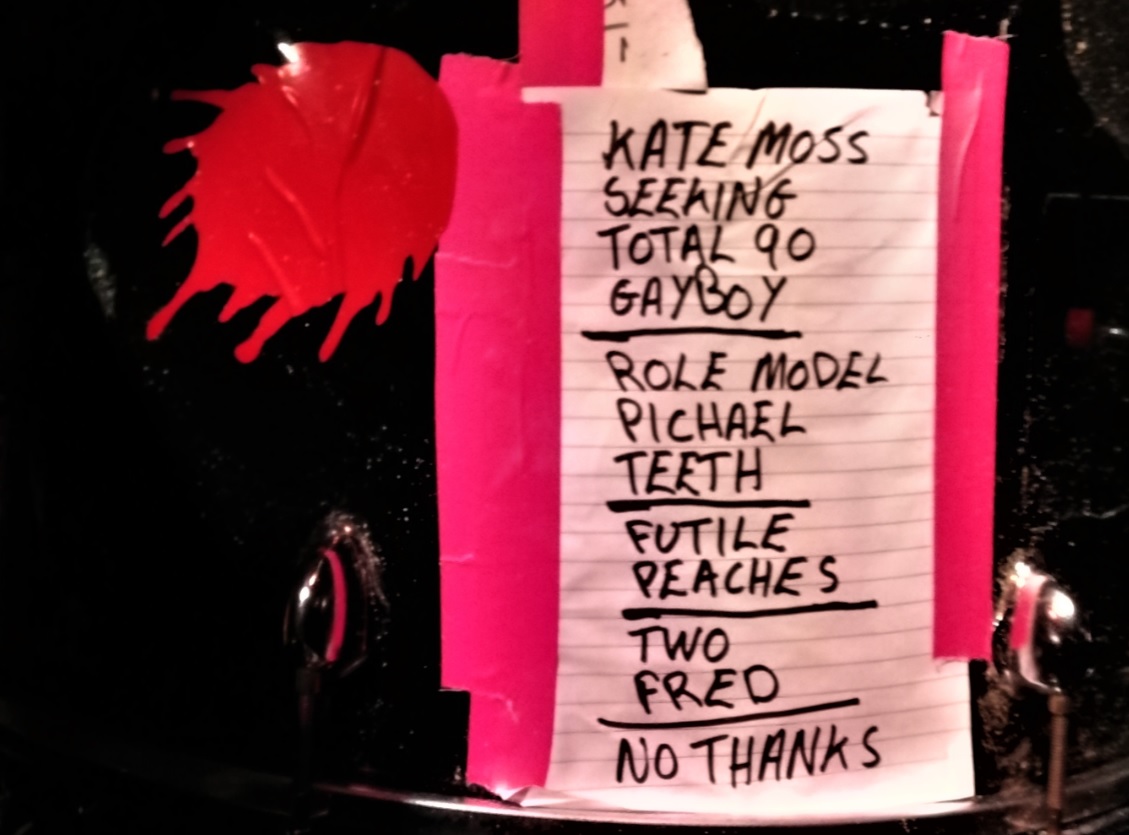 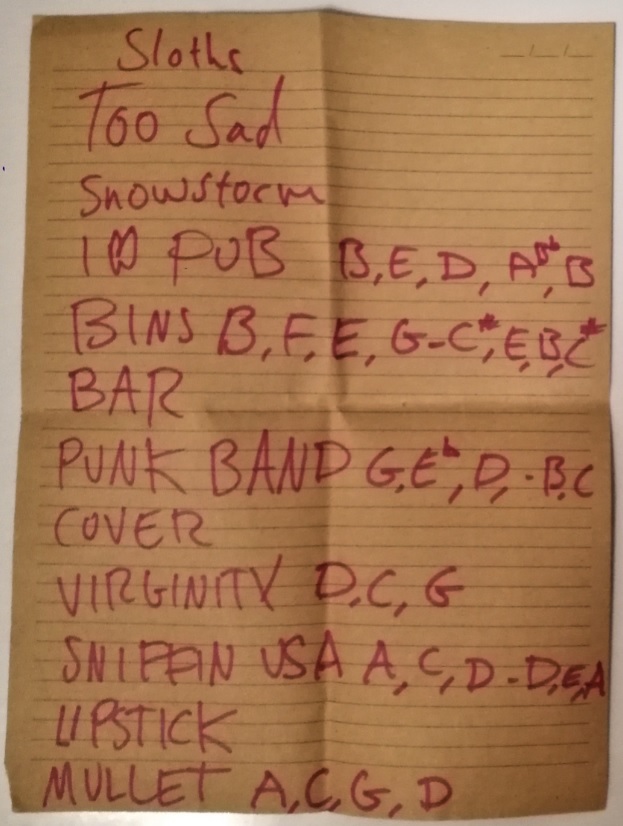 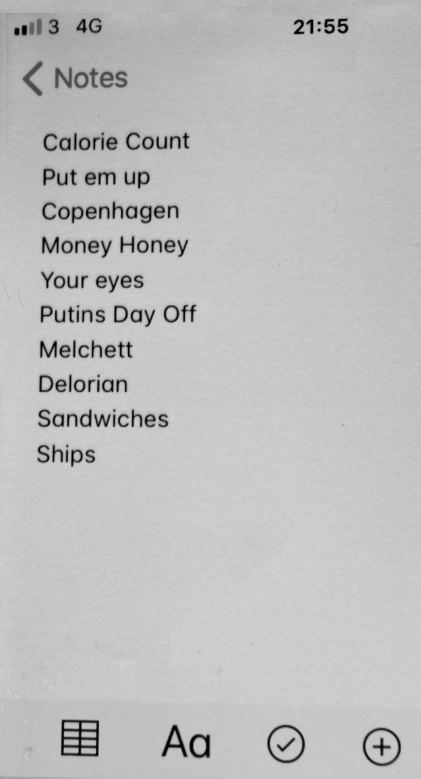 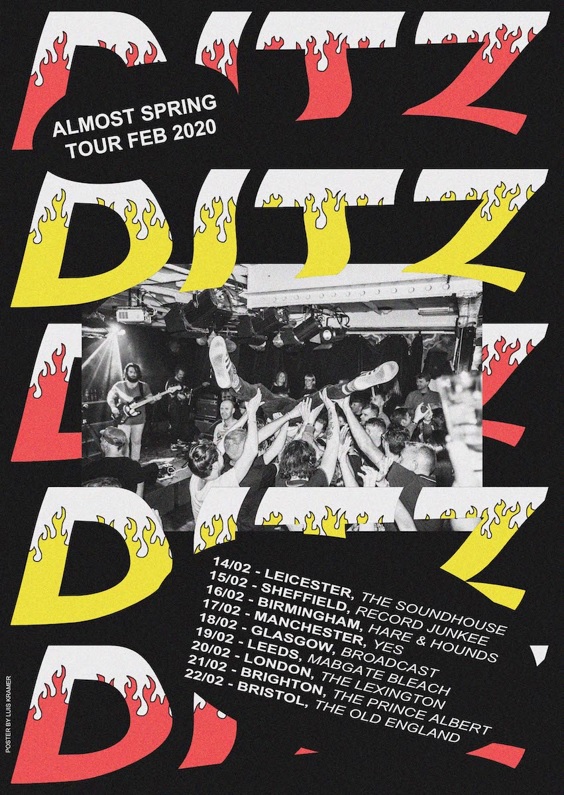