Three men were jailed after desecrating a Brighton woman’s home during a burglary in which highly sentimental personal objects were stolen.

One of them spat on Lisa Loveridge’s kitchen work surfaces and urinated in her bath at her home in Bristol Gardens, Brighton.

A senior detective paid tribute to Miss Loveridge’s “incredible dignity and restraint” as she sat through the trial of one of the men.

The men were caught after another victim, James Rand, challenged one of the men as he carried out a second burglary at Mr Rand’s home in Marine Parade, Brighton, on the same day.

Rafal Rogulski, 38, and Cezary Sirerzpowski, 39, both of no fixed address, and Marcin Andrzej Zuk, 41, of Kingston Road, Wimbledon, were jailed for a total of nine years.

Rogulski and Sirerzpowski pleaded guilty to burglary in October. Zuk pleaded not guilty but a jury at Lewes Crown Court found him guilty on Wednesday (26 February).

Rogulski was jailed for three years for the burglary in Bristol Gardens and a further six months for a second burglary in Marine Parade. The sentences are to be served consecutively, making three and a half years in total.

Sirerzpowski and Zuk were each jailed for three years for the Bristol Gardens burglary which took place on Friday 6 September last year.

The three men had planned the break in the day before and cycled to the property just before noon.

One acted as a lookout while the other two broke in and stole a large amount of cash, designer clothing and, Sussex Police said, “two boxes containing highly sentimental jewellery.”

The police said: “CCTV, forensic evidence and witness accounts were crucial in securing a conviction against the three suspects.”

The judge said: “You were only in Miss Loveridge’s home for six minutes. In that six minutes you ransacked her home to grab whatever you could to resell.

“You showed a complete disrespect – even contempt – for her property.” 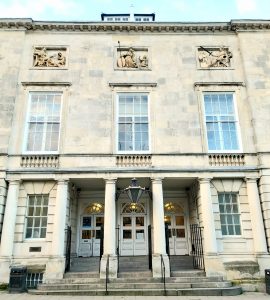 She said that it could be described as degrading and added: “At Marine Parade, you gained access through a bedroom window.

“It is only thanks to the quick-wittedness of Mr Rand that his computer wasn’t taken and that you dropped two rucksacks.”

She added: “Burgling people’s houses has a toxic effect on those who live in those homes – not just the financial effect but the sentimental items that are taken or destroyed.”

Detective Superintendent Mike Ashcroft, of Brighton and Hove, said: “This conviction is a fantastic example of different teams working hard to solve horrible crimes and bring the offenders to justice.

“Although the victim wasn’t required to give evidence, she attended the trial every day and acted with incredible dignity and restraint.

“The victim has been of immeasurable help to the investigation and we hope that this conviction goes some way to making her feel justice has been done.

“We will continue our work to prevent burglaries in the city and relentlessly target those who commit them.”