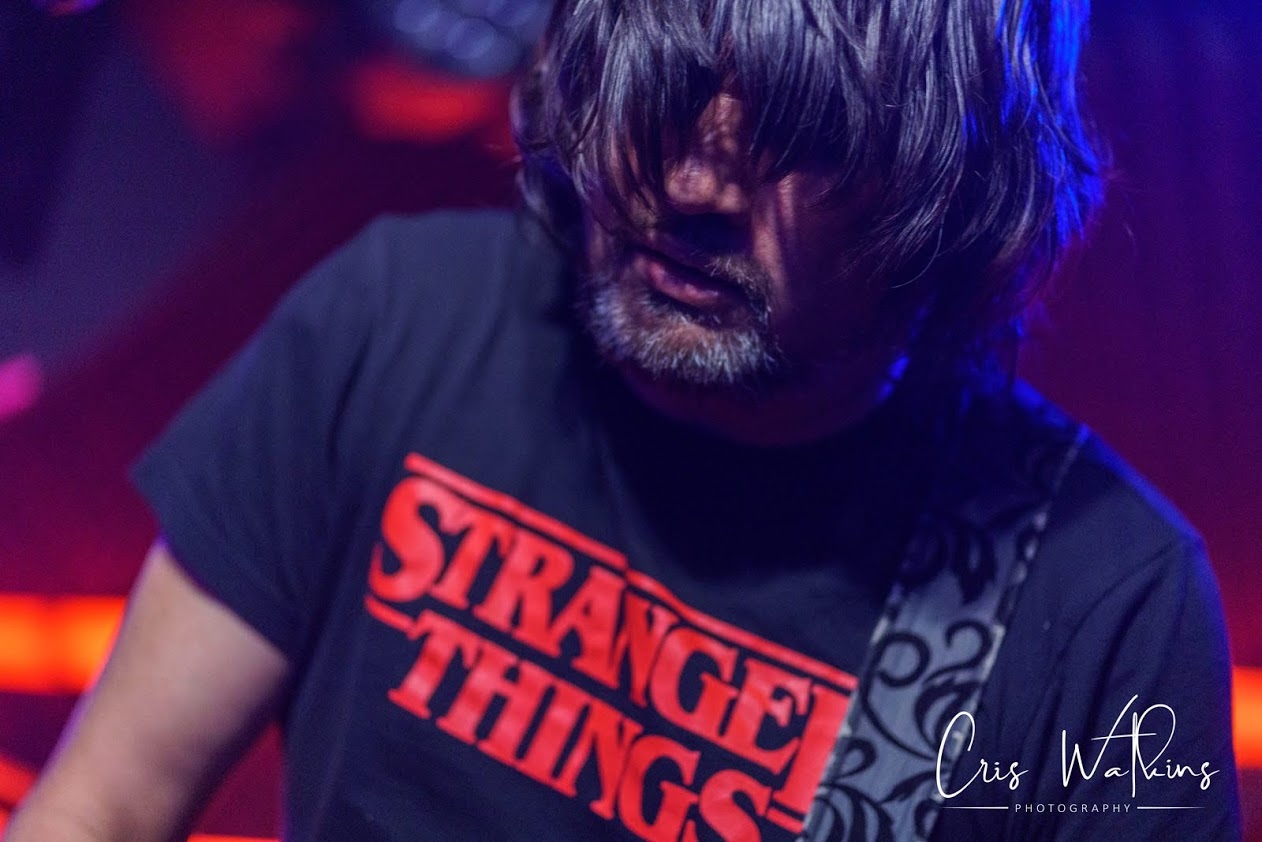 …And You Will Know Us By The Trail Of The Dead live at Patterns, Brighton 29.02.20 (pic Cris Watkins Photography/PunkInFocus) (click on pic to enlarge!)

…And You Will Know Us By The Trail of Dead (almost universally known as Trail of Dead) materialise at Patterns in Brighton to promote their latest album ‘X: The Godless Void and Other Stories’. First however, we are entertained by the utterly astonishing Alex Henry Foster & The Long Shadows. 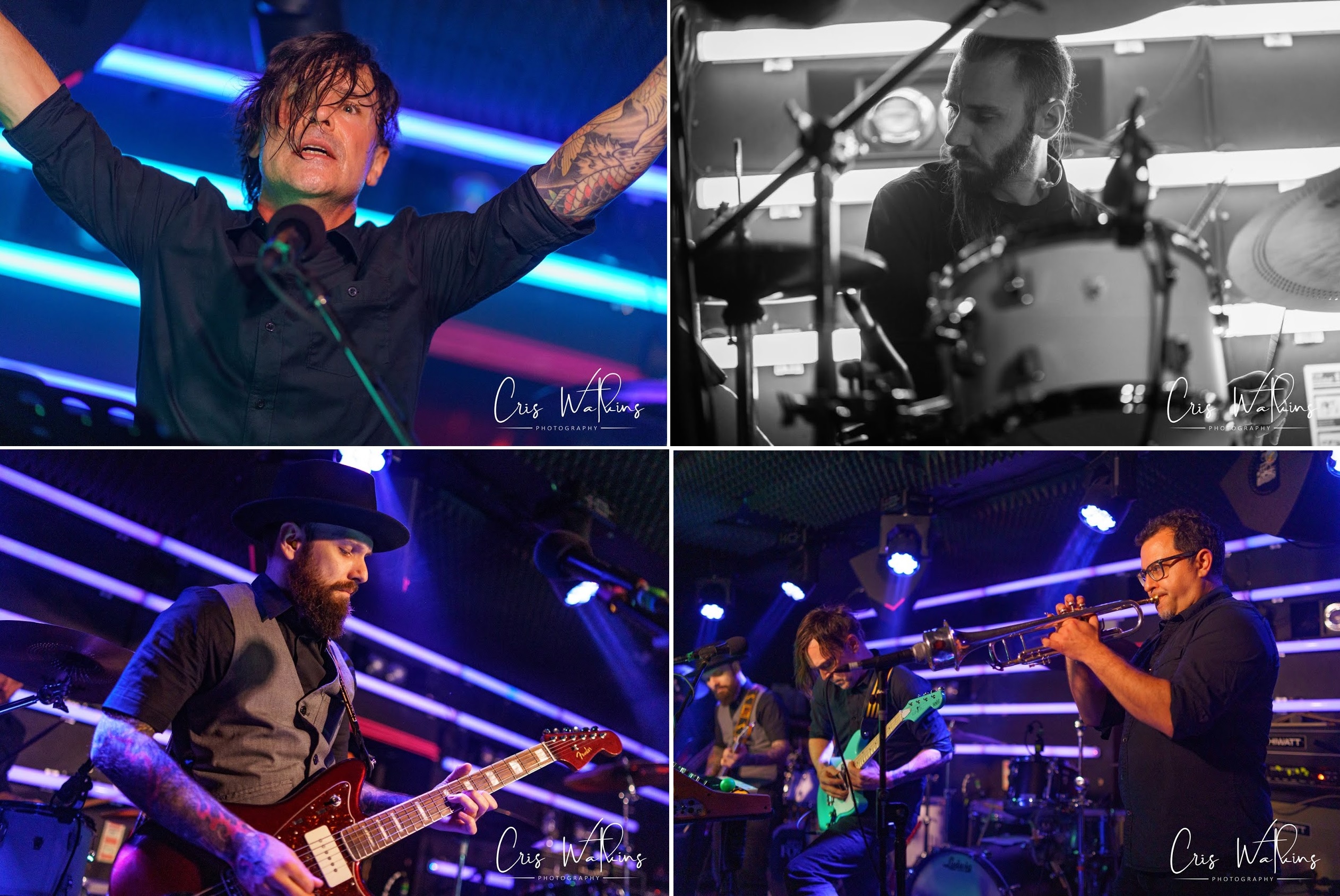 My first reaction is: “Where the hell did this guy come from?” Montreal, Canada actually, but that’s rather beside the point. Alex is indeed a brilliant musician. Aside from handling lead vocals, he also plays keyboards and guitar. At one point he uses an e-bow and a bottleneck on the guitar at the same time. He has put together a brilliant band. They have been together for less than a year – their first gig together was in July 2019. They are superb musicians – at one point two of them are on drums. Swapping instruments seems to be second nature to them.

The music is kinda punk inspired prog metal. Their main set consists of three songs, which are respectively 15, 15 and 20 minutes long. They don’t appear to be that long though. At no point is there anything that the audience might get bored by. They gain a well deserved encore. Keep an eye out for them. You won’t be disappointed.

Alex Henry Foster & The Long Shadows setlist:
‘Slow Pace Of The Winds’
‘Summertime Departures’
‘The Hunter (By The Seaside Window)’ 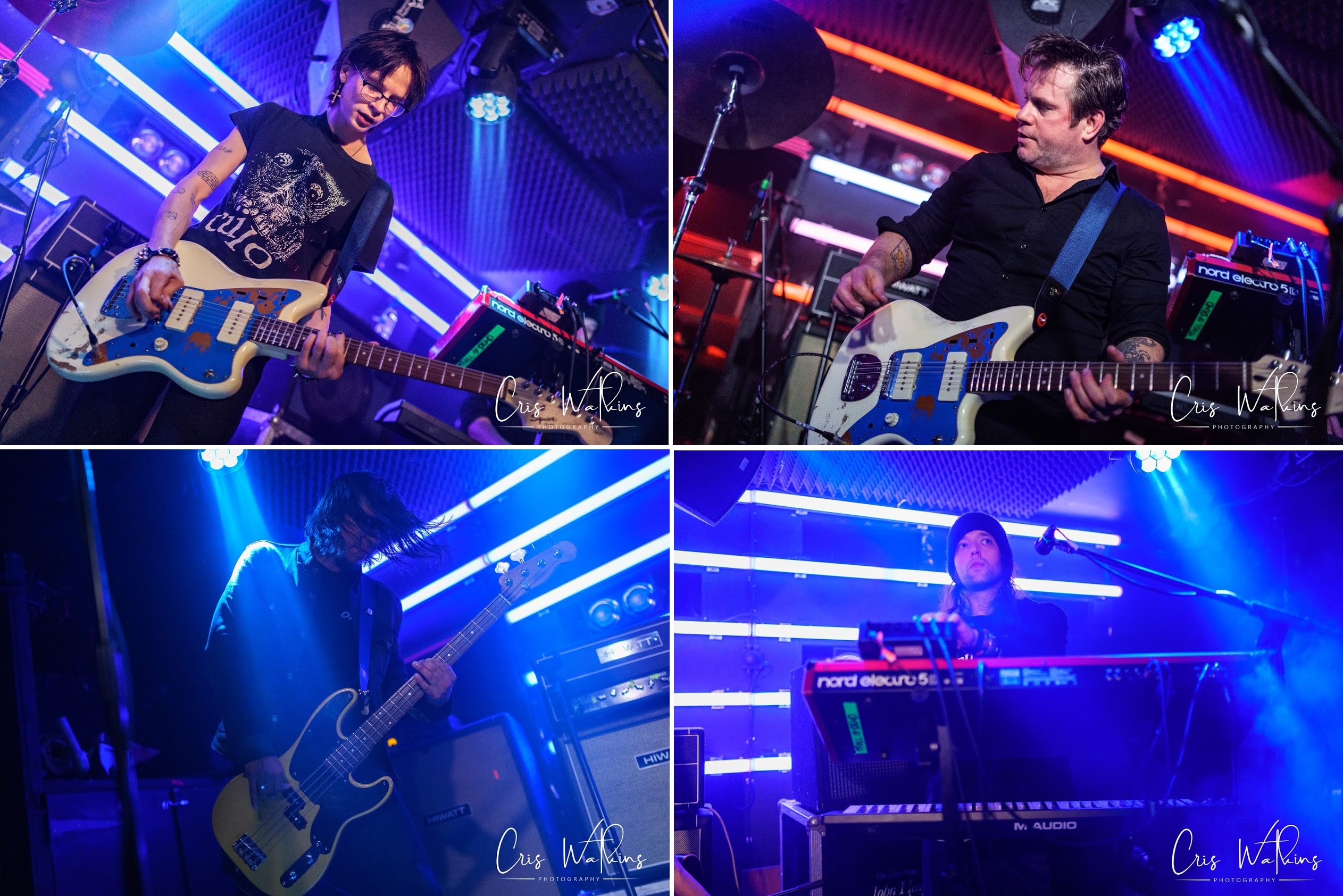 …And You Will Know Us By The Trail Of The Dead live at Patterns, Brighton 29.02.20 (pics Cris Watkins Photography/PunkInFocus) (click on pics to enlarge!)

The Trail of Dead seem to have been around forever. The fact that they are headlining venues as small as Patterns must be as mystifying to them as it is to me. They are one of the most arresting and engaging live bands on the stage today. They are currently on their tenth album and have a diverse and interesting back catalogue. They should be huge!!! Maybe the Gods will smile on them eventually.

Initially I wonder whether the bulk of their back catalogue is going to be ignored tonight: five of the first seven songs being from their new album. Still, that’s by no means a complaint as the new album is a truly wondrous thing. Opener ‘The Opening Crescendo’ does exactly what it says on the packaging. The new songs are interspersed with ‘It Was There That I Saw You’ from ‘Source Tags & Codes’ and ‘Isis Unveiled’ from ‘The Century of Self’ as a reward for us being good and welcoming the new material warmly. Let’s face it – there would be no reason for us not to be!!! 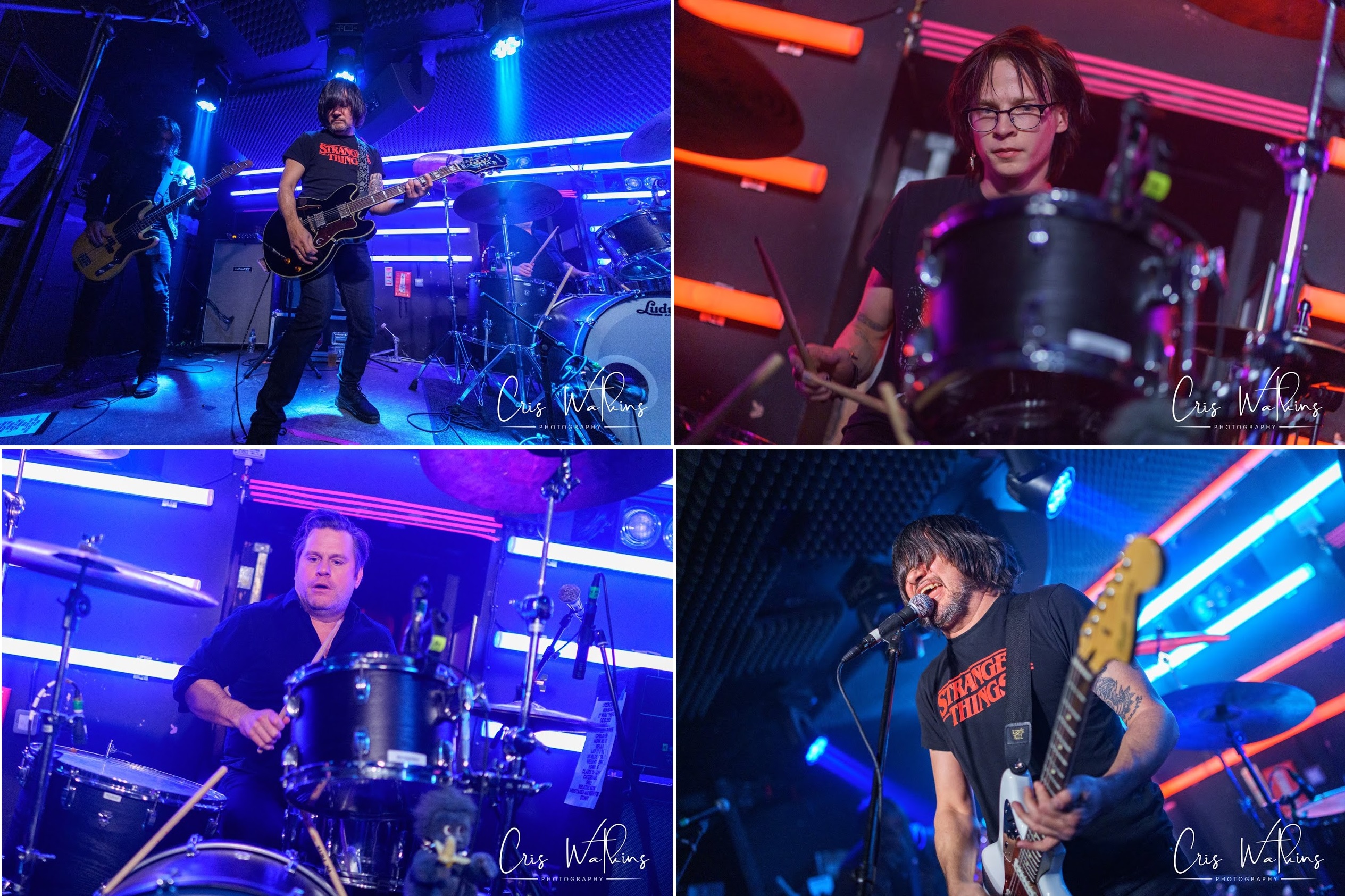 …And You Will Know Us By The Trail Of The Dead live at Patterns, Brighton 29.02.20 (pics Cris Watkins Photography/PunkInFocus) (click on pics to enlarge!)

The Trail of Dead remain a formidable live proposition. Jason Reece and Conrad Keely swap over guitar and drumming duties more than once. To describe them as a powerful live band doesn’t begin to do them justice. They ooze rock ‘n’ roll attitude, but not in a boorish way. It’s not the way they talk it, it’s the way they walk it. After set closer ‘Another Morning Stoner’, they play one encore before the plug is pulled. Jason talks to the sound guy but curfews are curfews apparently. Shame, they’re on absolutely top form. Next time they play, make Trail of Dead’s collective day punks and buy a ticket. Maybe they’ll play a slightly bigger venue then.

…And You Will Know Us By The Trail Of The Dead setlist:
‘The Opening Crescendo’
‘All Who Wander’
‘It Was There That I Saw You’
‘Into The Godless Void’
‘Isis Unveiled’
‘Don’t Look Down’
‘Children Of The Sky’
‘How Near How Far’
‘Bells Of Creation’
‘Let It Dive’
‘Worlds Apart’
‘Weight Of The Sun (Or The Post-Modern Prometheus)’
‘Homage’
‘Clair De Lune’
‘Caterwaul’
‘Will You Smile Again?’
‘Relative Ways’
‘Mistakes & Regrets’
‘Another Morning Stoner’ 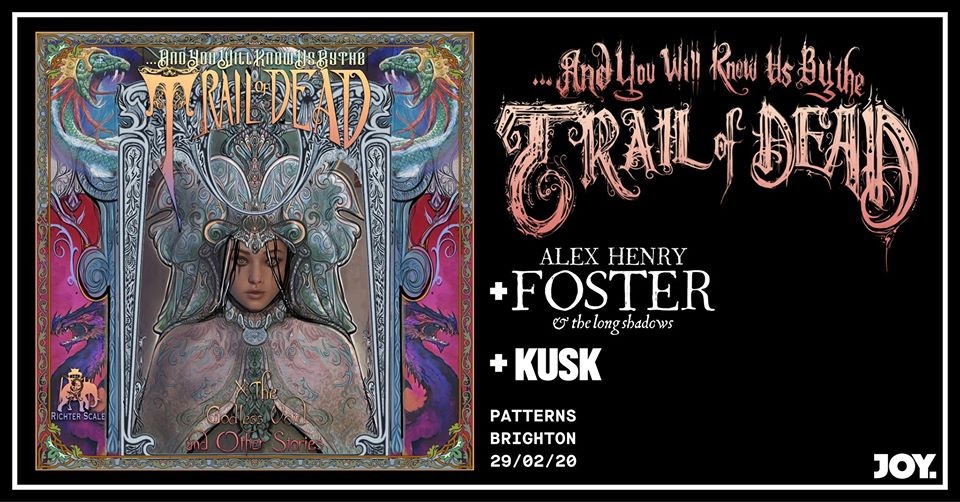