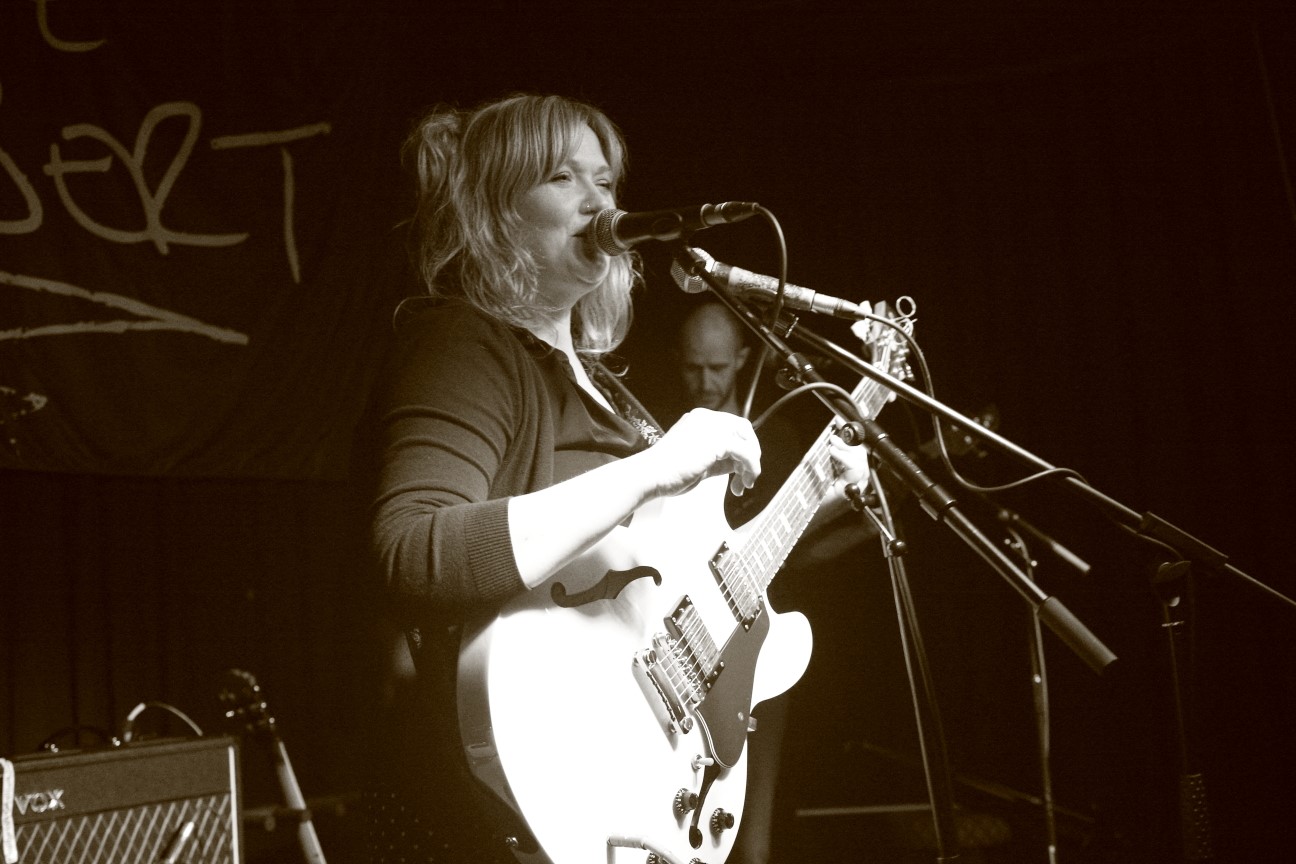 It is a gross day of rain and gloom in Brighton today with fears of our impending doom due to Covid-19 are drawing ever closer. There is an atmosphere of British stoicism and cheer brought along with the British willingness to get a pint and wait for this to all blow over.

On The Prince Albert‘s stage tonight is the wonderful multi-instrumentalists and songwriter Hayley Ross. Ross is an outlier, a one-off, a self-starter and quiet disruptor who refuses to be pinned down. And she’s released one of the most haunting albums of 2020, ‘The Weight Of Hope’. Her distinctive brand of singer-songwriter music has challenged many common conventions and remains to be some of the most innovative in the genre. Reminiscent of some of Waxahatchee’s early work it’s a treat to hear and my anticipation is running high. 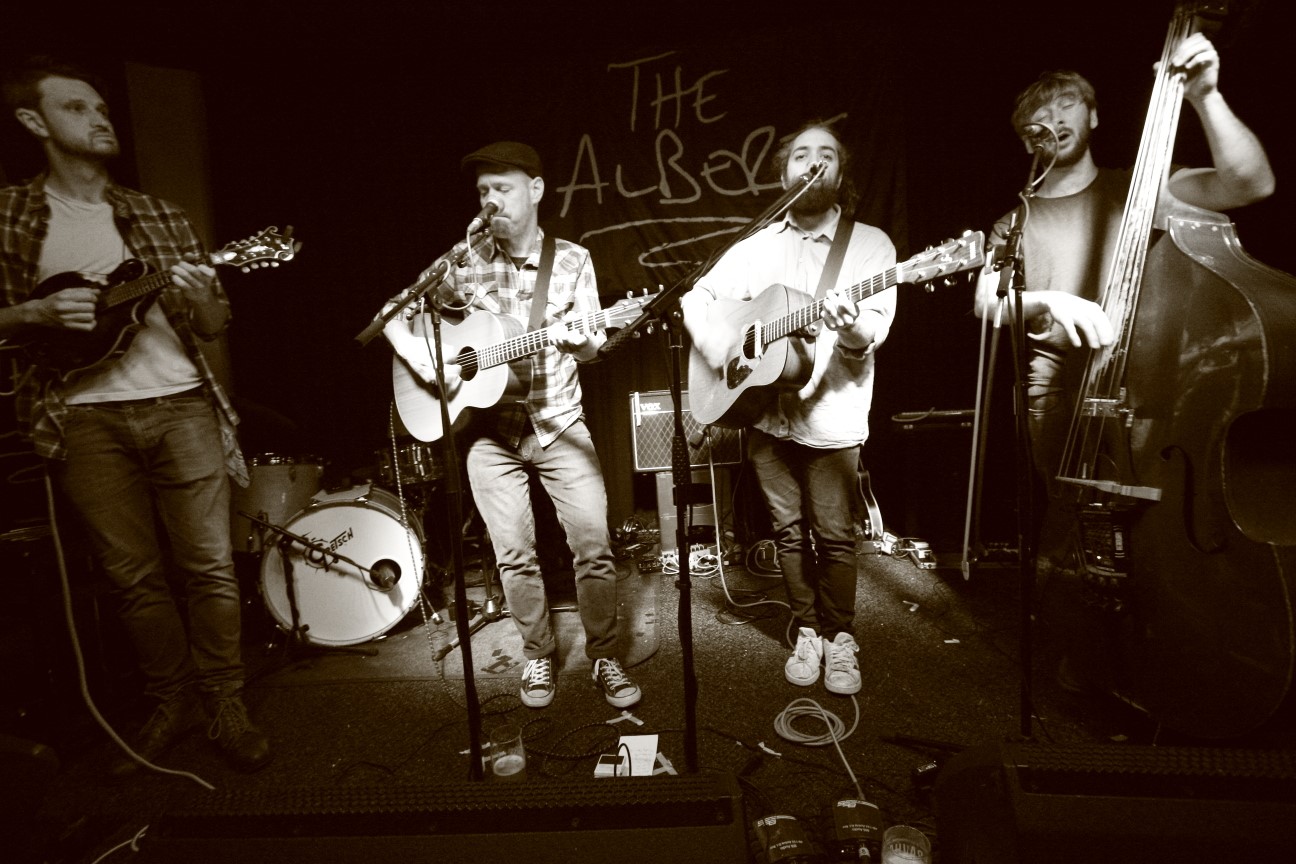 Robbie Skitmore And The Spanish Harlem Incident
First to the stage at 8:30 is Robbie Skitmore And The Spanish Harlem Incident. Robbie Skitmore has been plying his trade as a songwriter since the late 90’s back in his hometown of Ottawa, Canada as part of the fertile Canadian indie rock scene of the late ‘90’s and early-mid 2000’s. With several albums under his belt and multiple bands notched on the bedpost, Robbie packed up in 2007 for a new adventure and landed in the UK where he now calls Brighton home.

Robbie and his backing band, the Spanish Harlem Incident – a revolving door of seasoned musicians to colour his songwriting landscape – continue to gig around the Southeast of England. Drawing from differing styles of indie rock, folk, blues, Americana/alt-country balanced in the centre with a Little Rock and Roll, Robbie continues to hone his craft with hooks aplenty and heart on the sleeve lyrics.

The four-piece provide the upstairs space of The Prince Albert with comfortable folk that sets the relaxed atmosphere of the night ahead. The gentle country sounds with adventurous swirls are really pleasurable to hear. The musical line up features Robbie on guitar as well as also having instrumentation provided by a mandolin, another guitar and double bass. People are drawn to their sound with the set starting to a fairly sparse environment, but people flood in throughout the set until the gig space is almost full.

The songwriting is very clever being filled with double meanings and well thought out verses that really show the talent and skill of Robbie. This is sunny days music for hazy pollen-filled afternoons. It’s music for the good times. This would work really well at one of the Sofar Sounds events. Towards the end of the set the bass player takes out a bow and uses it against the strings to produce some truly beautiful sounds. The whole set is wonderfully in tune with the twanging and twinkling of the instruments going down a treat. The pace quickens slightly towards the end producing a more foot-tapping vibe about it. The set finishes at 9 pm and they leave the stage to applause. 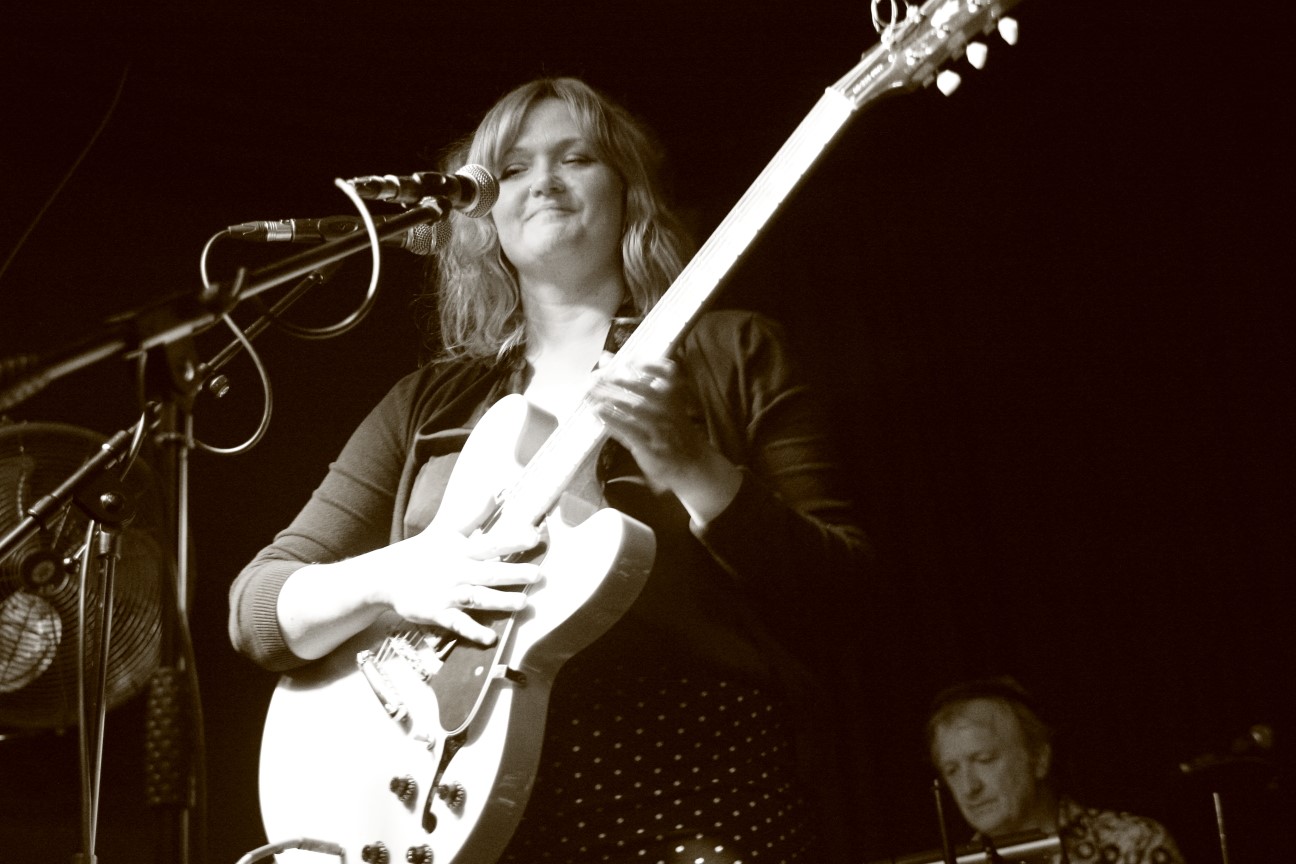 Hayley Ross
The headliner for tonight, Hayley Ross takes to the stage at 9:30. She is with 3 musicians who will be playing a multitude of instruments with her tonight. These include drums, electric cello, bass, harmonica and melodica.

The first thing that strikes me when everyone starts playing is how gorgeous the cello is, as it hangs and vibrates through the air. The drumming is also tight with a variety of sticks being used including brushes, mallets and multi rods to create a diverse and complex sound. Hayley has a great voice which carries the movements that meander through the room with honesty and emotion within the sound. The use of melodica is eyebrow-raising to me as I have only seen it used to cover meme songs for likes and click on YouTube and other social media apps, but it is actually done well and provides some nice extra tones into the performance.

They all play together well as a unit and show how clearly well-rehearsed and practiced musicians they are. This is the album launch of ‘The Weight Of Hope’ and so the set is entirely comprised of songs from the album, which was released just a week earlier on the 28th of February.

Hayley swaps between guitar and bass guitar throughout the performance showing her range of musical talents. The acoustics of the venue are great and the sound is very well mixed. Hayley had played at The Prince Albert before for the release of her ‘Barracuda’ EP. My personal favourite song of the ones she played is ‘Tumbledown’ which takes a slightly darker vibe and adds a splash of distortion. This is what really reminded me of Waxahatchee in prior listening. It is dreamy and channelling some of these atmospherics that I love. Towards the end of the set for the song ‘Fierce Love’ it drops down to just her on stage which showcases some of the effective simplicity of her songwriting and finishes off the night well. She leaves the stage at 22:20 to lots of applause. It was a really comfortable and enjoyable evening 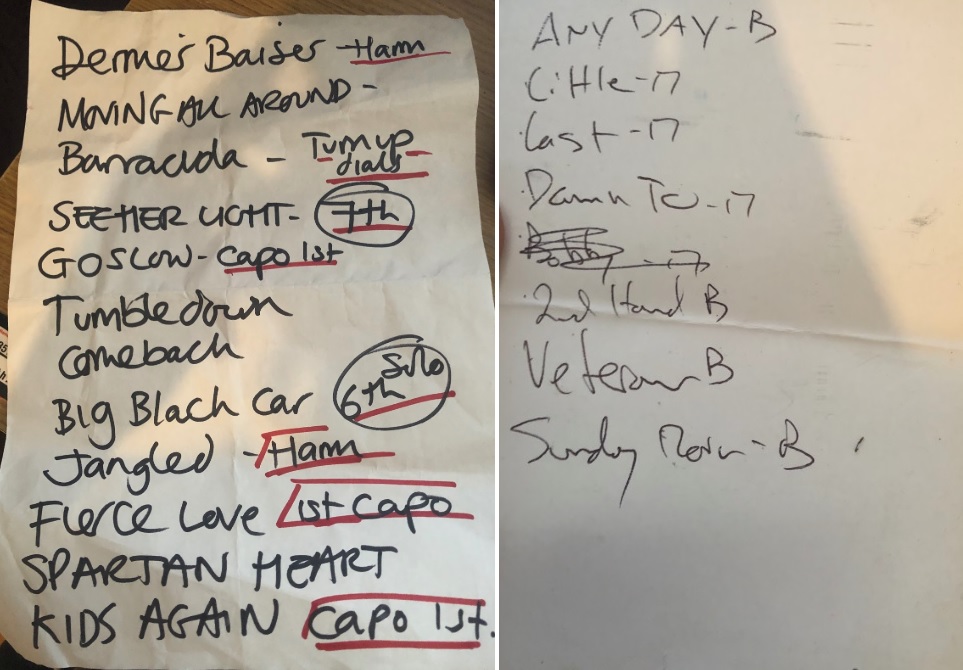 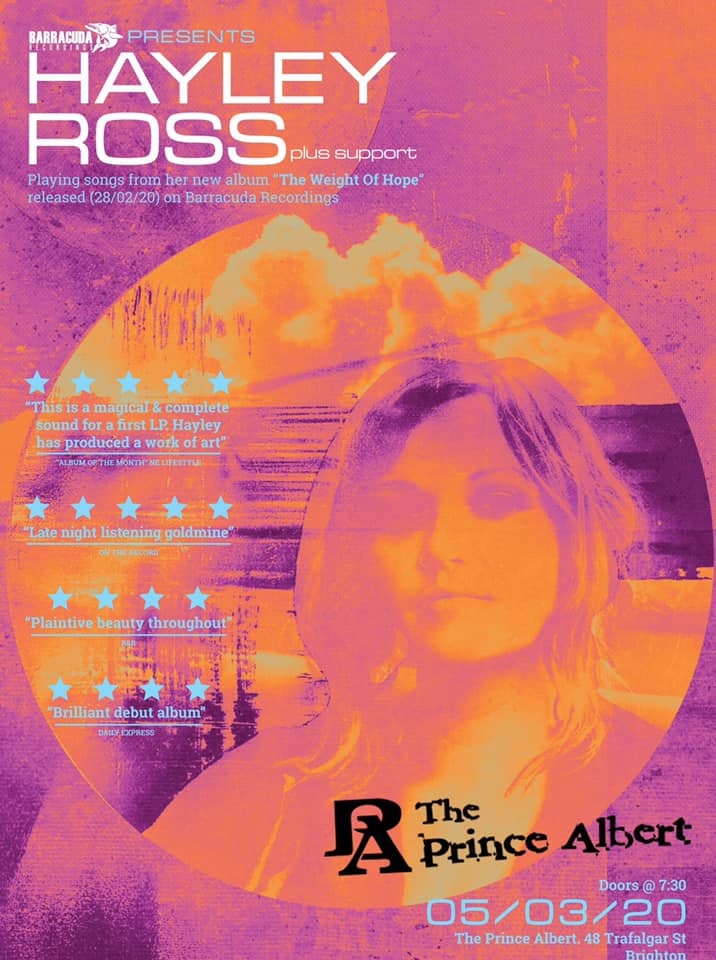