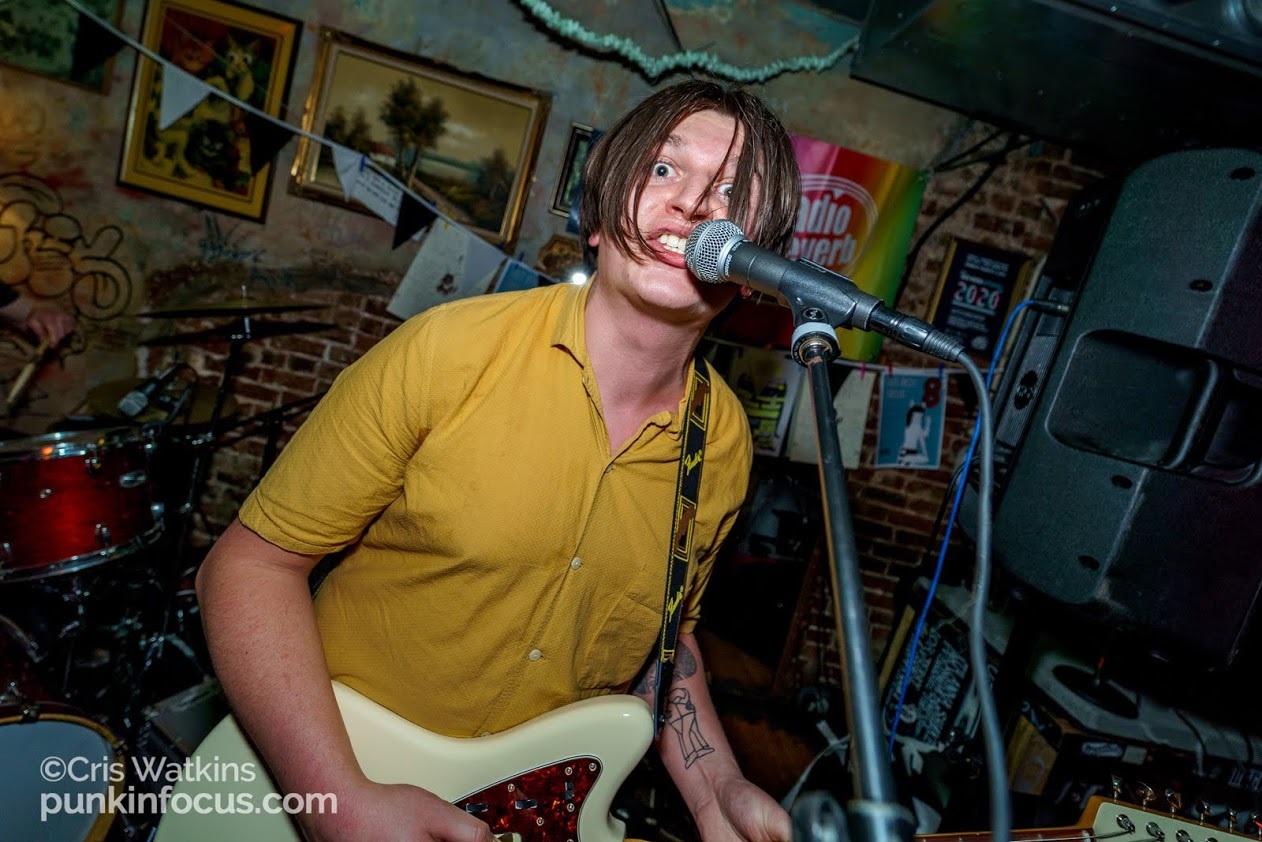 We were heading off out into Brighton again tonight in order to see Sheep On Drugs performing live at The Prince Albert. But prior to that, we had caught wind of the fact that Monakis were performing beforehand down the road at The Hope & Ruin and having witnessed their blistering set last month at the Rossi Bar, we simply couldn’t pass up on another viewing.

We arrived at ‘The Hope’ in plenty of time in order to absorb our surroundings as Radio Reverb were in the house on their 12 hour marathon ‘Reverbathon’, which was in full swing with Melita Dennett on the case. IPA and G&T purchased, we were ready for the Brighton based Monakis trio of James Porter (bass/vox), Aaron Butler (guitar/vox) and Joe Mctaggart (drums) to do their stuff. 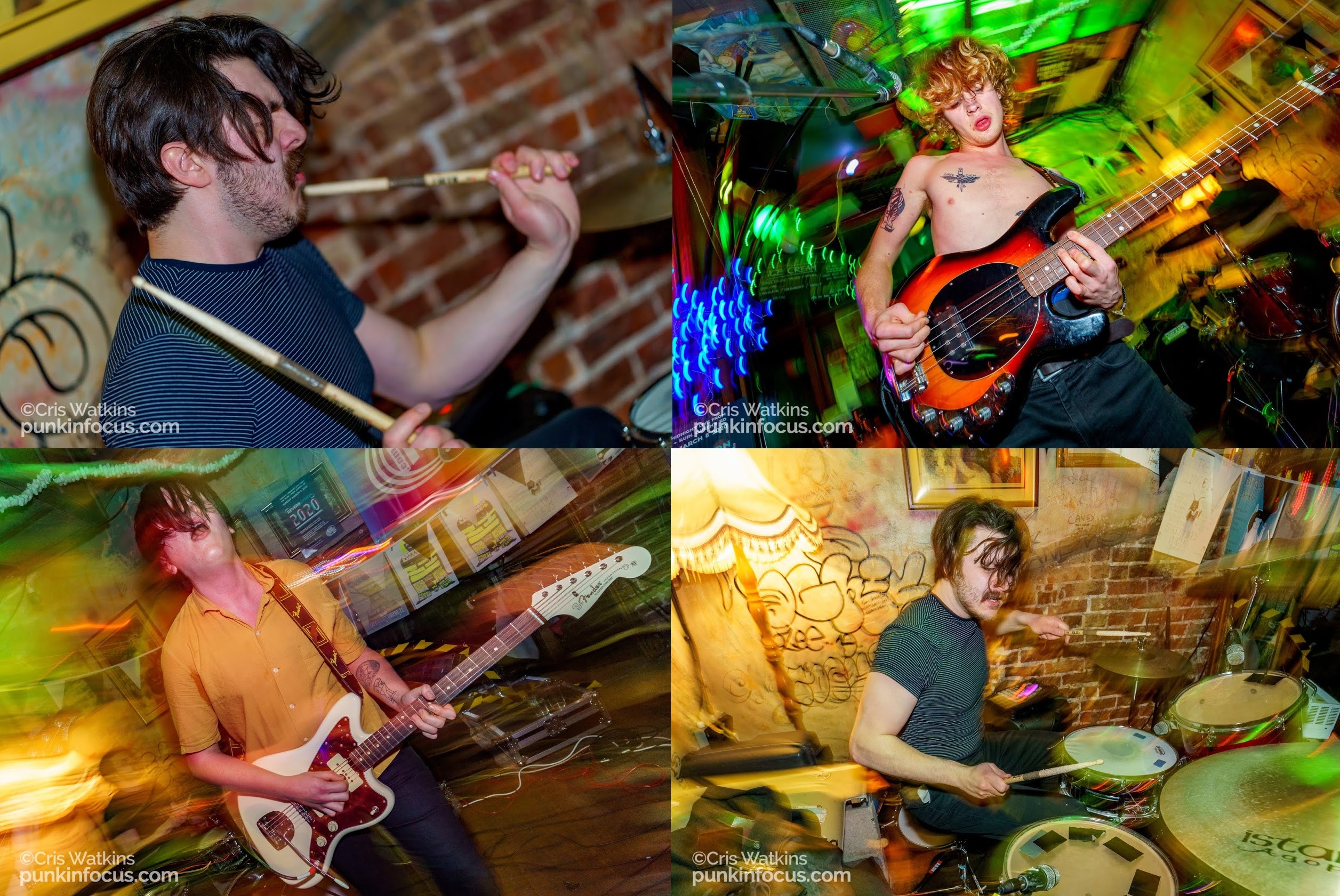 They were performing a free concert courtesy of local promoters Love Thy Neighbour on the street level bar area along with headliners The Entrepreneurs from Copenhagen, who sadly we were not able to see this time around.

The Monakis lads fired up at 8:08pm and performed a storming eight tracks within their 30 minute allotted time slot, thus ending at 8:38pm. As per last time, they began with their debut single release ‘Animosity’ and thus from the very word go, we were treated to a blend of IDLES meets traditional punk rock. As before James’ vocals were delivered with ear-splitting ferocity. Aaron shares vocal duties in the band and this brash young fun outfit played with much bravado. Joe’s drumming was really quite outstanding and every so often he would hold the stage from the rear and launch into one! So much so on our occasion, that one of his symbols flew off. Clearly he’s of the ‘no nuts’ school, otherwise it wouldn’t have come off, but this does allow for a looser and longer note as opposed to the tightly screwed on no give note.

The trio continued on their modern take on punk and performed their forthcoming single ‘Fake News’ as well as a live debut for brand new tune ‘Drugs’. When we previously saw them last month, it was only their fourth concert, so tonight might be their fifth or sixth, but honestly no-one would have guessed that by the way the guys carry themselves, which is with bounds of confidence and such musical professionalism.

They end on ‘Driptease’ and it’s a wonder that so much power is achieved from just the three people in front of us. Monakis are for fans of IDLES, Fontaines D.C, THUMPER, DITZ, BlackWaters and Wife Swap USA. 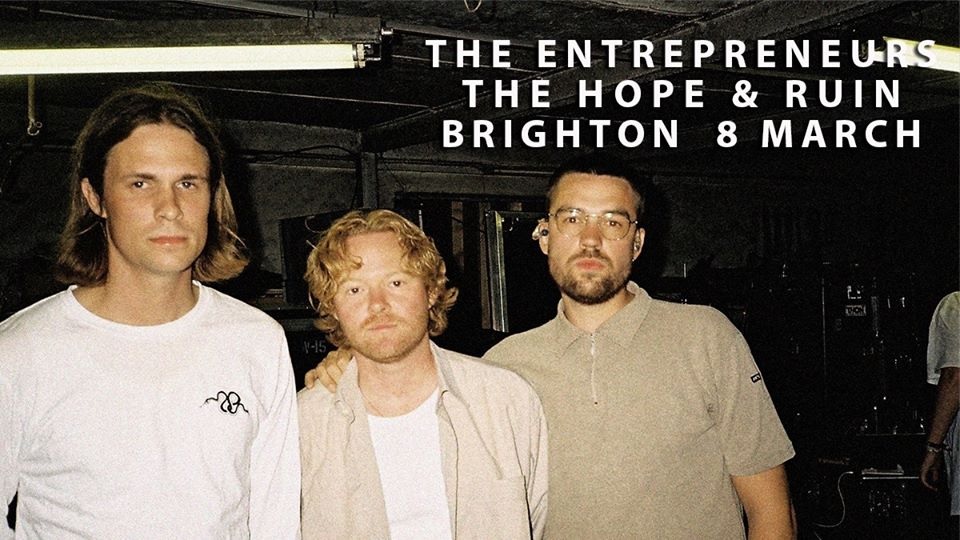