The Hope & Ruin is rocked by PENGSHUi 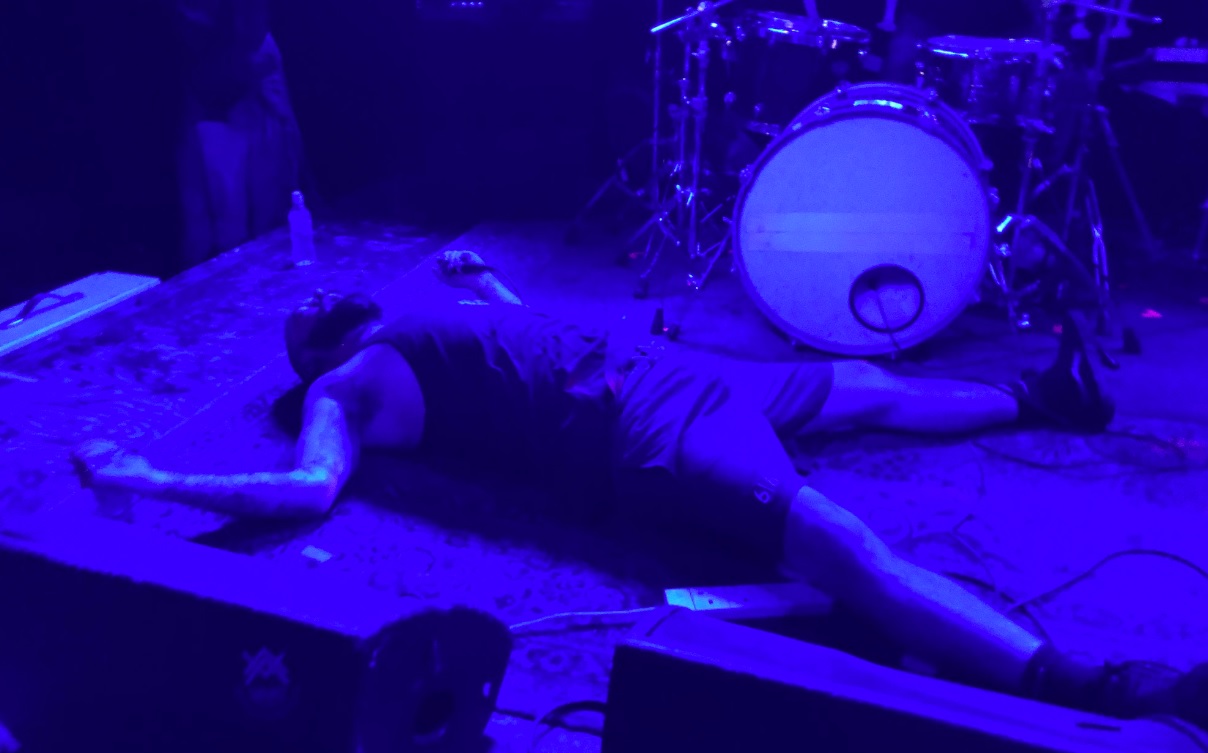 All 3 have played with and made music with many of the UK’s finest musicians. They have a mutual love for hard, lively and energetic music, and put on visceral live shows. The music has taken the best of Grime, Rap, Dance, Punk and Metal music based around 140 bpm. Their first 4 track EP named ‘EP:i’ is a fine example of forward thinking music made with precision, and is unapologetic from the outset.

This looks to be an incredibly high energy show full of powerful riffs and hot sweaty mosh pits. PENGSHUi are being supported by Kid Bookie and Para Fiction. 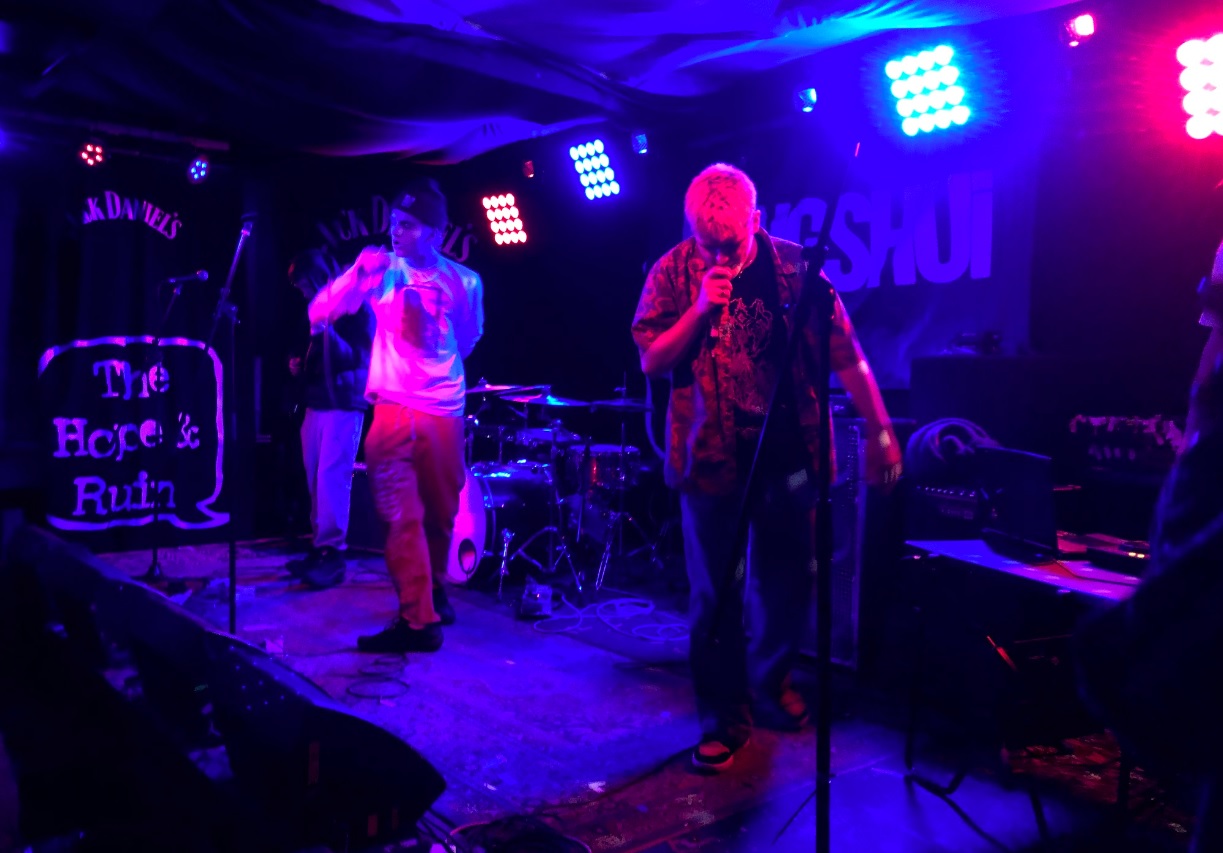 Para Fiction
First to the stage at 20:19 is Para Fiction. The Brighton duo offer wonky guitars and poignant raps from AntiJambo & Coding Dude has already lead to a cult-like fanbase for Para Fiction. Supporting the likes of Chlobocop, Lava La Rue, Slaves and JPEGMAFIA, their live shows are where they thrive. You can be sure expect a tonne of new music from Para Fiction in 2020, as well as loads more DIY shows around the UK. 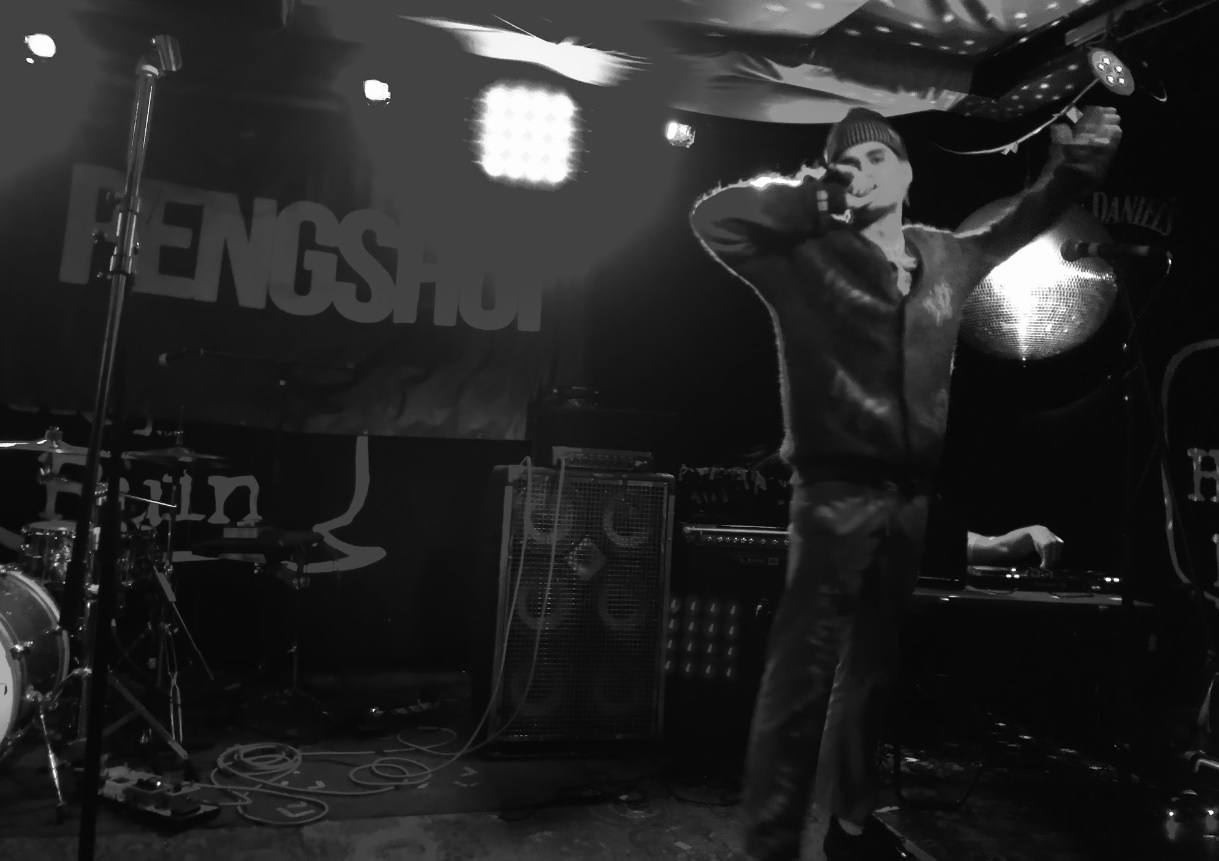 Although being a duo they take to the stage as a three piece and begin their set. It is a mix of the vocalist, a guitarist and a DJ manning the decks. They are loud and abrasive as they bark off their own distinct version of rap-punk. The sound features some bits of punk and industrial. It’s the sound of the discontent youth. The energy and vibe is all there, but the sound is pretty poorly mixed, leading to a blown out over based sound which is muddy and at some points off putting. Either way the beats go hard as the front man continues to spit rhymes dripping in unashamed confidence and bravado.

This music is inherently masculine and has a distinctive urban sound. Throughout the performance friends of Para Fiction are getting up on stage to lay down their own verses on the tracks. They are all pretty good to be fair! Throughout the performance they constantly plug other shows that they are doing soon. Towards the end of their set it really comes together with a great beat and guitar and the vocalist continues to spit out bar on bar of anger and angst with beer in hand. 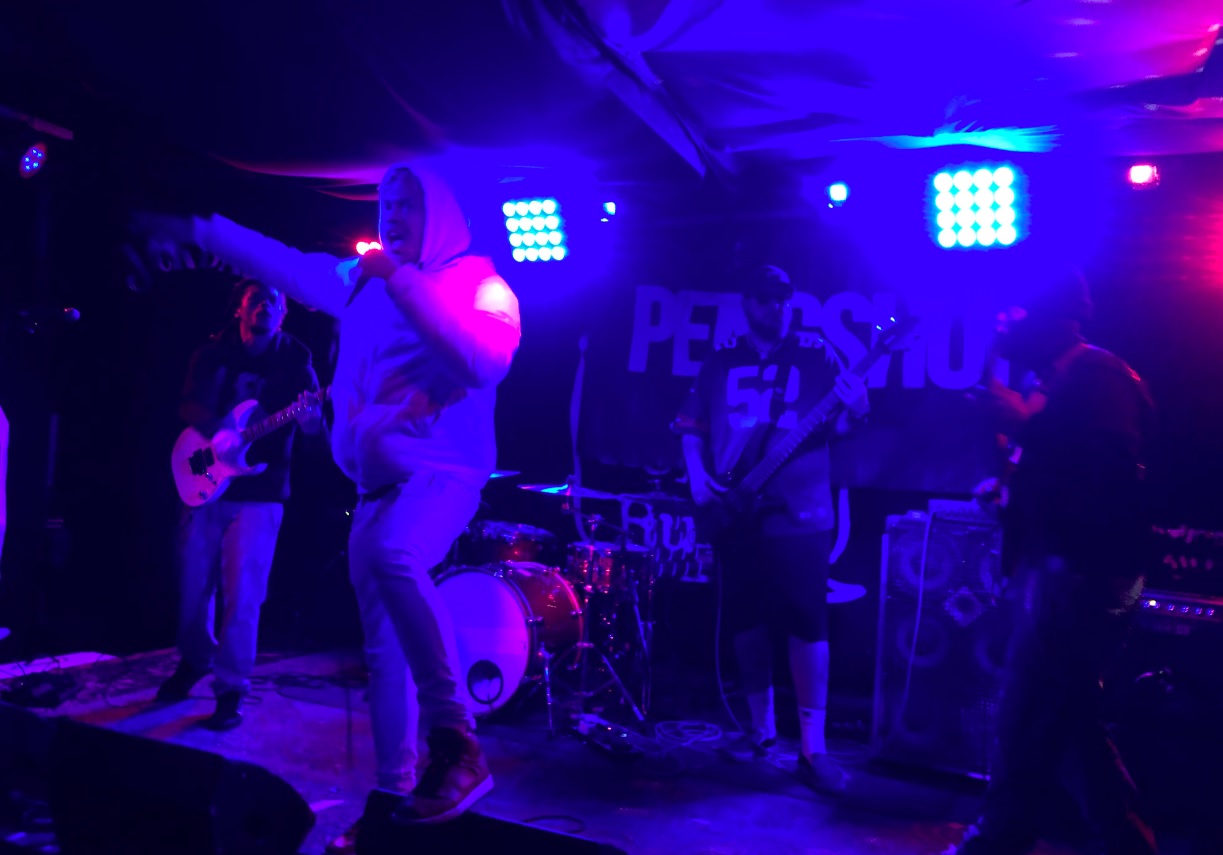 Kid Bookie
Next to the stage at 21:00 is Kid Bookie. Tyronne Buddy-Lee Ike Hill, better known by his stage name Kid Bookie, is a rapper/musician from South East London. Kid Bookie and his band of instrumentalists play a new mix of Trap-metal and Rap-metal that is distinct and innovative in ways that are shedding some of the signifiers of the past which have at points led to rap metal falling out of favour within popular music.

On 5th February 2019, it was announced that Kid Bookie & Slipknot and Stone Sour frontman Corey Taylor were working on some “very special music” via a series of back and forth tweets on the social media platform Twitter. On 25th March the song ‘Stuck In My Ways’ was released featuring Taylor rapping the second verse. A music video for the song was released on 18th April 2019. 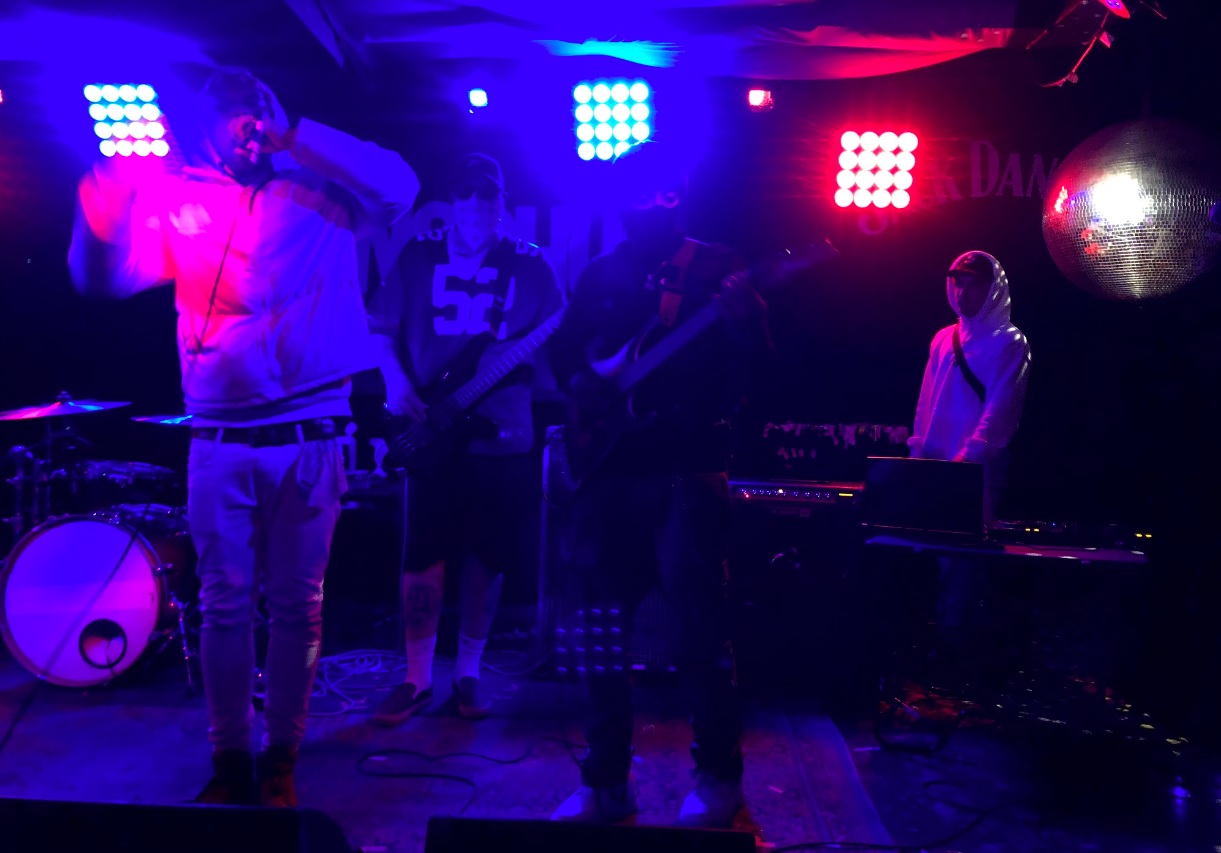 They take to the stage as a 5 piece. Wearing some face masks with a generally rowdy attitude. Their sound is completely brand new to me, but it draws me in as soon as it starts. Kid Bookie has real flow and rhythm as he spits and jumps from bars and triplets that compliments the heavy chugging guitars and modern industrial beats. This music is far more polished than the first support showing a large amount of rehearsal and stage presence. It’s sweaty and sweary as they leer over the audience barking off lines. He keeps shouting out how much he likes Brighton bringing a cheer from the crowd. He’s always asking us to make some noise to get us all riled up for the main act.

One of the guitarists is wearing a balaclava and stab vest adding a urban war zone feel to the look and sound as the music is so powerful and cataclysmic. The Eldritch horror of genre mixing has worked out well for them as it’s unlike anything I have ever heard and do look forward to hearing more. One of the guitarists also offers this voice to the performance and he also has a great flow and the bars to match. They finish up at 21:35 and leave the stage sweaty and ready for PENGSHUi being showered in applause.

Kid Bookie setlist:
‘Fur Minxx’
‘Double Up’
‘Stuck In My Ways’
‘Shake Up’
‘Don’t Blame Me’
‘No Love’
‘Liquor Sex Weed’
‘Say What You Wanna Say’
‘Wake Up Kill Repeat’
‘Laid To Rest’ 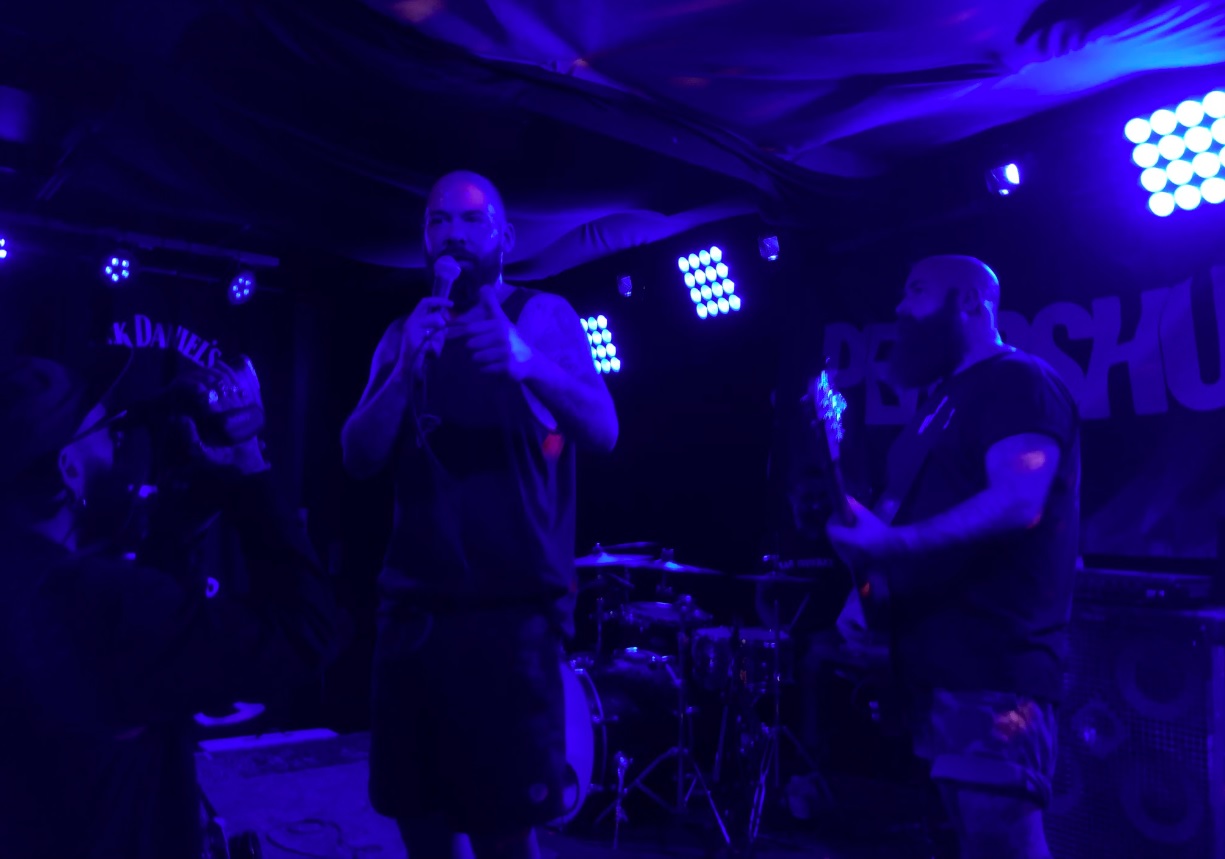 PENSHUi
The headline act PENGSHUi come to the stage at 22:02. The three burly boys, warm up with some stretches before starting their set. PENGSHUi don’t care much for barriers. How else do you end up with their eviscerating self-titled debut album, a bulldozing ambush of riffs and aggressive raps that tears down the walls between grime and punk. the group’s sound is a molotov cocktail combination of genres that’s attracting a fast-growing fanbase.

Since forming a little over a year ago, dropping their first single ‘Control’ in June 2018, the trio have released a further four cult acclaimed singles, won a Kerrang! Radio ‘Finding Fresh Blood’ competition for a slot at Download Festival and bagged appearances at Glastonbury and Boomtown festivals. They’ve toured with genre-smashing Welsh wonders Astroid Boys and been invited to create an official remix for The Prodigy, resulting in a blistering rework of their Essex idols’ track ‘Light Up The Sky’, released in October last year.

Within the Kerrang! Radio Fresh blood tour the three boys are hitting 13 venues across the UK in just 15 days! Comprised of Illaman on vocals, Fatty on bass, and Pravvy Prav on drums, the set is heavy from the get go. A fluttering of air horns from a drum pad kickstarts the music which starts the deafening set. This music gets everyone up and moving very quickly into an aggressive mosh with sweat dripping instantly as Illaman shouts his quick bars into the audience. 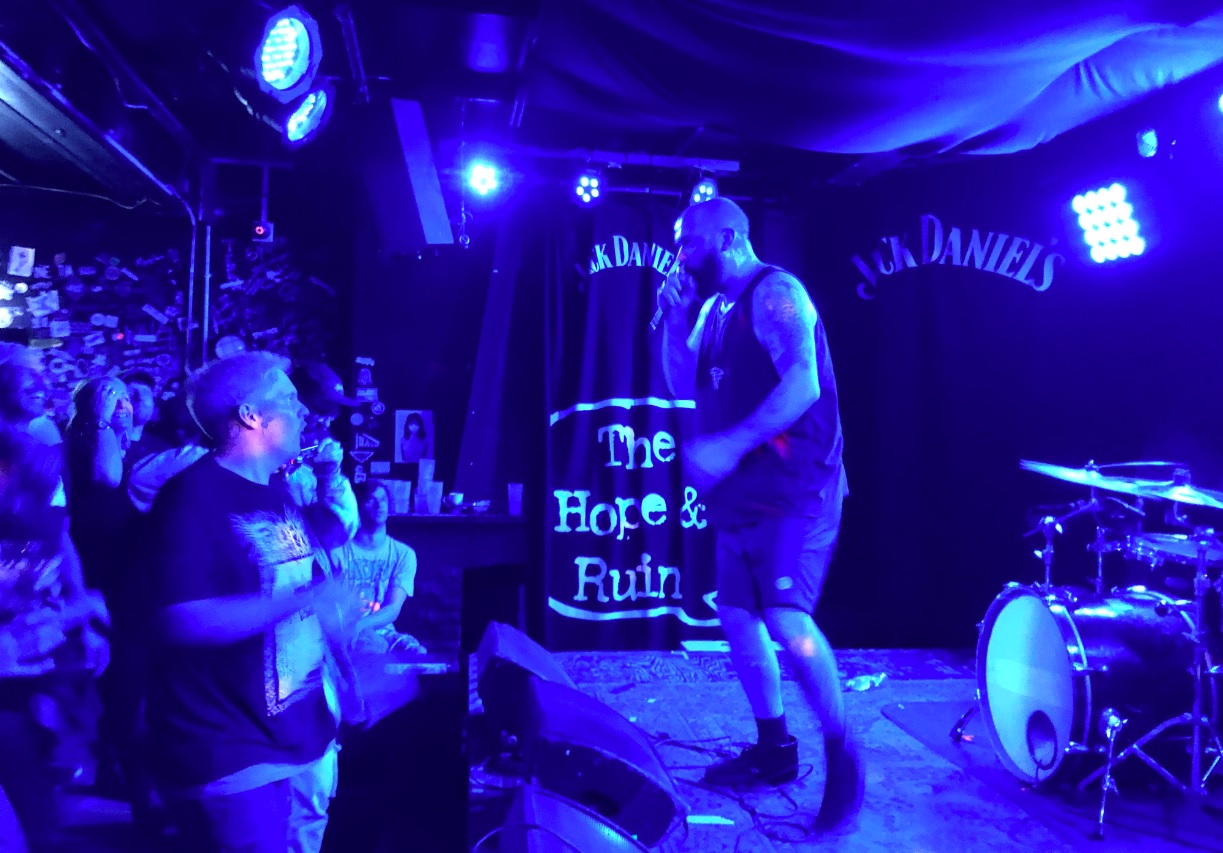 Within 15 minutes of the set starting, he’s down to a vest and asking for more. It happens to be Fatty’ the bassist’s birthday today, so the crowd sings him happy birthday while gasping for air and liquid. An audience member brings him a shot which he sinks down in seconds before returning to laying down earth shattering riffs.

The tattoo artist Will Thomson is in the audience and is a big fan, throwing himself round the pit in a flail of energy and power. He also designs the bands t-shirts so he’s pretty close with the band. Everyone on stage is going nuts, standing on the drum kit and punching the air with the power of Tyson fury. It takes a bit of a strange turn when they start to play some dubstep-esque music live from the bass with the use of lots of pedals. It’s a total throwback to the early 2010’s when it was at its most popular. The pit has opened up from wall to wall throwing the participants at least 5 meters after a hard shoulder bash. The room is a horror scene and everyone loves it. Kid Bookie joins the trio on stage at parts and delivers more excellent raps through the encore. The band gets a lot of applause as they leave the stage dripping in sweat.

It was a night of anger and frustration, but it leaves me excited to see where this new brand of rap metal and rap punk can go, as it sheds off the bad stains of Limp Bizkit and Linkin Park for the more modern and more nuanced form. 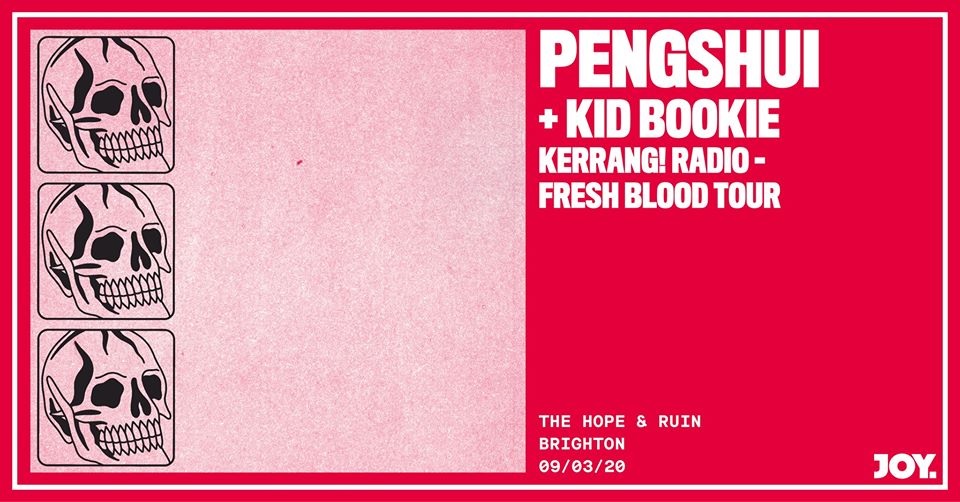