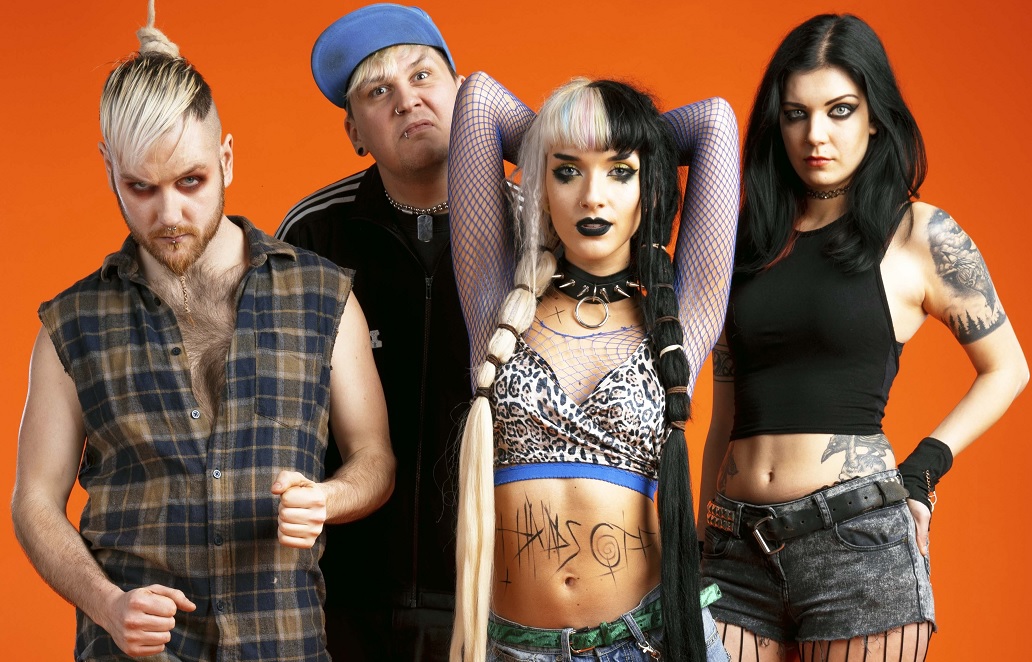 Hands Off Gretel are heading back to Brighton (pic Neil Chapman)

Back in March 2020, Barnsley’s ferocious four piece Hands Off Gretel released their ‘The Angry’ EP on their own Puke Pop Records, (order from www.handsoffgretel.co.uk) and were set to play live on a nationwide tour. Sadly Covid had other ideas and all of the dates were rescheduled (often more than once).  They will now be performing at the Green Door Store in Brighton on Thursday 16th September 2021. This concert has already sold out!

The three tracks – ‘She Thinks She’s Punk Rock N Roll’, ‘Don’t Touch’ and ‘Bigger Than Me’ – are all live favourites that fans have repeatedly asked the band to release, and were recorded with Jim Pinder at Tree House Studio in Chesterfield. 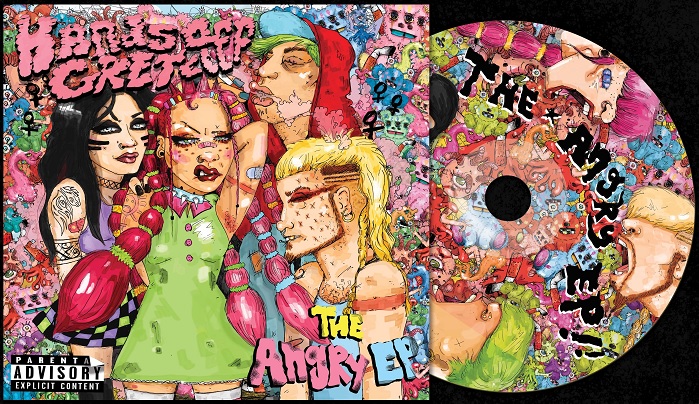 The forthcoming Hands Off Gretel release – ‘The Angry’ EP

Speaking about the originally announced tour dates, singer Lauren said: “We are looking forward so much to getting back out on tour and kicking off in Ireland, which will be our first time playing there. Our tour in 2019 was fantastic; we had so many sold out gigs and we’re hoping we can do the same in 2020. The crowds have definitely grown and it’s nice to see the hard work finally paying off; playing to a full room is what any band works towards. There are some new venues on the tour as well, which we’re really looking forward to.” 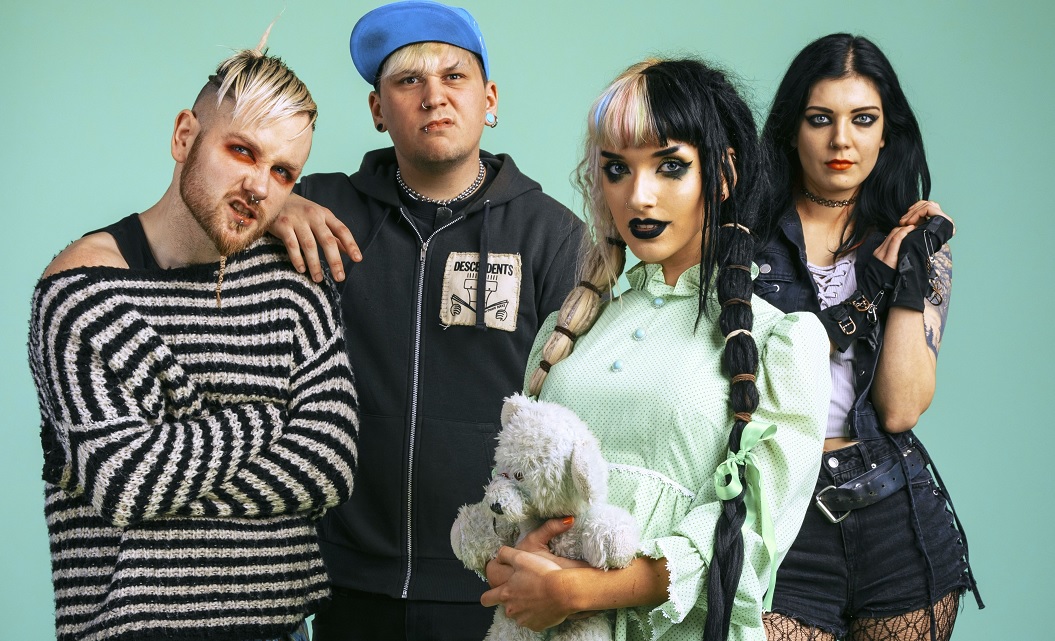 Hands Off Gretel revive the white-hot rage of riot grrrl and grunge mixed with bubblegum pop. Following an incredibly busy and successful 2019 which included the release of their highly acclaimed second album, ‘I Want The World’, a largely sold out 38 date UK and EU tour, and appearances at major festivals including Isle of Wight, Kendal Calling and Y Not, the ‘Don’t Touch’ tour in February, March, April and May is their biggest yet.

Lauren Tate fronts Hands Off Gretel. She has written band’s albums as well as releasing and touring a solo album in 2019 on her own record label. She also designs all the band’s artwork and merchandise and is the creative force behind their DIY videos which have amassed over two million views on YouTube alone.

Speaking about the second album ‘I Want The World’, (which hit the streets in 2019) Lauren said: “It feels like I wrote this album six years ago in a school toilet whilst skipping class and hiding from the world. I felt so ostracised and alone, like I didn’t fit in anywhere. It became my mission to sing for the outcasts, the weird kids, the ones that feel misrepresented in society and left behind like I do. I made it my obligation at 15 to make as much noise as possible as a young woman, to challenge everything.”

Hands Off Gretel are completed by drummer Sam Hobbins from Brigg; guitarist Sean Bon from Ireland; and bassist Becky Baldwin from Bristol.

Click on the words in blue below to watch the videos:
‘I Want The World’
‘Kiss Me Girl’
‘S.A.S.S’

Details of the full UK tour can be found HERE. 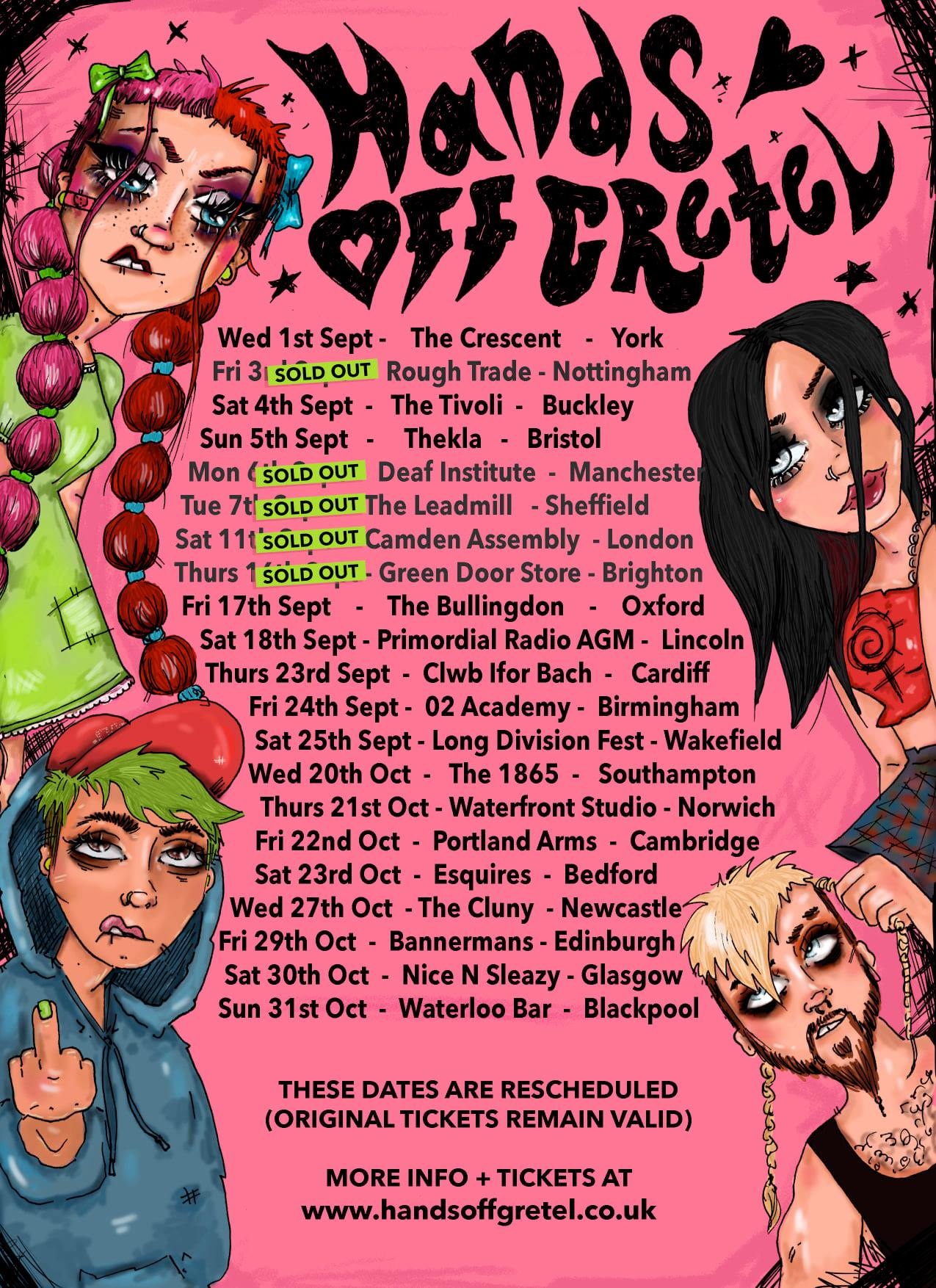