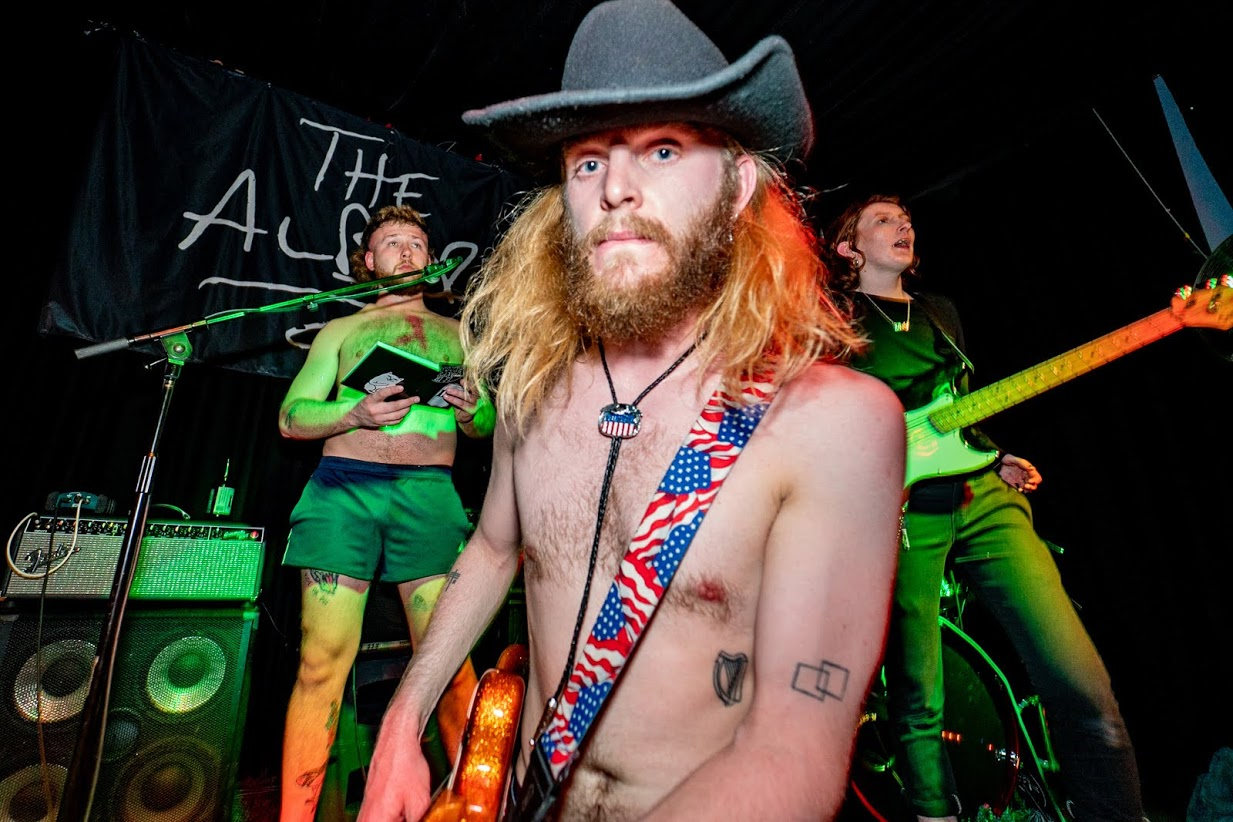 We were in Brighton this evening in order to attend a special fund raising concert, where all proceeds will be donated to charity. The registered charity being the Brighton based Survivors’ Network.

Survivors’ Network statement:
“Survivors’ Network is a registered charity that aims to reduce sexual violence and its impact on survivors’ lives. We are a fully accredited member of Rape Crisis England and Wales and are the Rape Crisis Centre for Sussex. We offer counselling, advocacy, peer support and groupwork as well as training for professionals.
We understand that a healing journey starts with a small step and are here to help you.
We know that it takes a lot of courage to seek help for the effects of sexual abuse. There is no right or wrong way to feel afterwards and there is no fixed time for recovery.
No-one ever asks to be raped or is responsible for the attack in any way.
We believe that with the right support you can heal from your experiences”.
Learn more by visiting their website – survivorsnetwork.org.uk 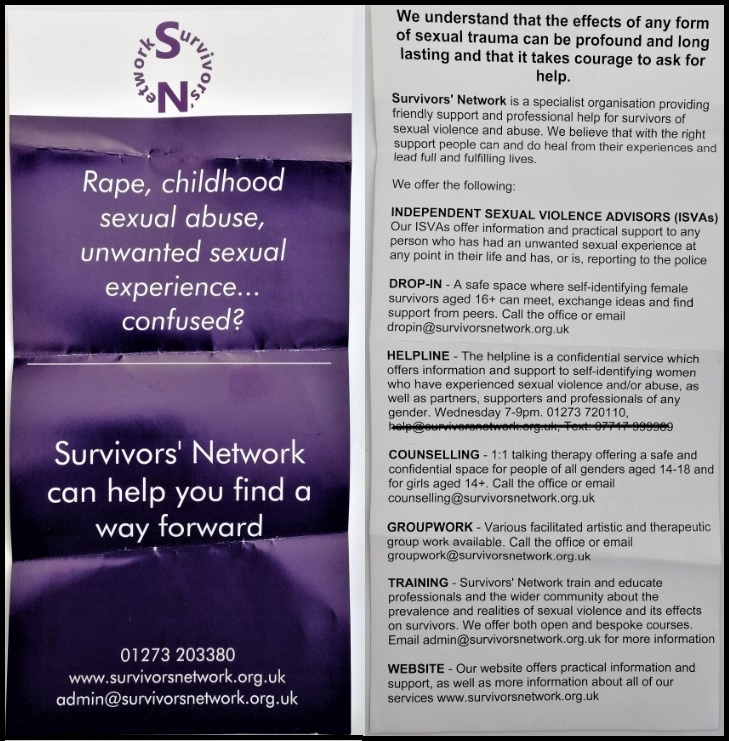 This evening at The Prince Albert was a celebration of music by 4 vastly contrasting acts – Wife Swap USA, Frank & Beans, De La Chambre and Annie Dorret.

The plan of action was for Annie Dorret to perform at 20 minute set starting at 8:10pm, then at 8:45pm De La Chambre would perform for half an hour, followed by Frank & Beans at 9:30pm for a half hour set, and finally Wife Swap USA would take over the reigns at 10:15pm for 40 minutes.

Tonight had sold out and amazingly the venue was totally packed from the very beginning with no room to move! Well done punters for getting down early. Mind you, when one-third of CLT DRP is performing a rare solo set, then it would be rude not to get there on time. 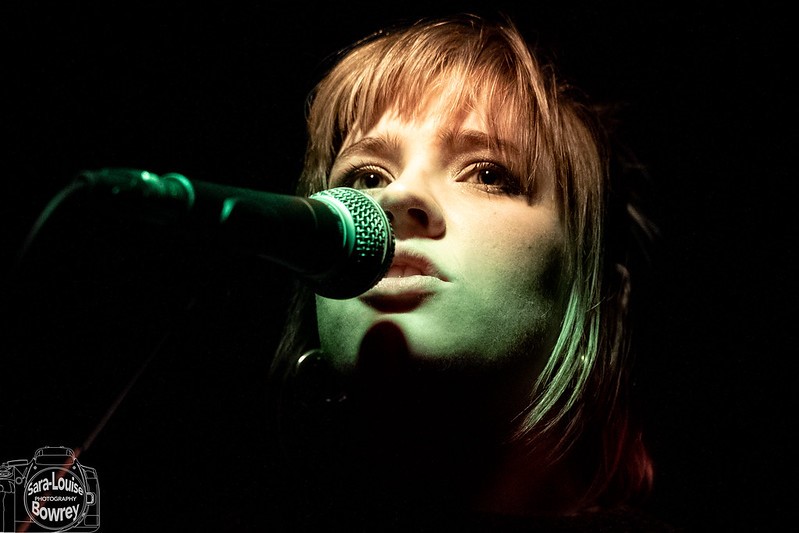 First up was Toronto’s fine vocalist Annie Dorret, who along with guitarist Scott and drummer Daphne make up the popular Brighton based electro-punks CLT DRP. There’s certainly been a buzz around this trio over the past year and no doubt fans are chomping at the bit to get their hands on the debut ‘Without The Eves’ album when in drops and attending their album launch show at the Green Door Store in Brighton on Thursday 4th June – grab your tickets HERE.

Tonight, however, was a totally different ball game, as it was solely Annie (with her guitar) singing some sad songs to open up this lovely night. Annie has a wonderful voice and whilst listening to her the name Rita Coolidge suddenly jumped into my head. Clearly Annie is many years the junior, but I’m referring to Rita’s work back in the mid to late 1970’s. This evening, during Annie’s handful of songs, you could have literally heard a pin drop. The audience were mesmerised and let loose with their joyous approval in between songs. An enchanting start for the evening.

Annie Dorret setlist:
‘Landslide’
‘He Was, Now I Am’
‘Years’
‘After Hours’
‘Behind The Wall’ 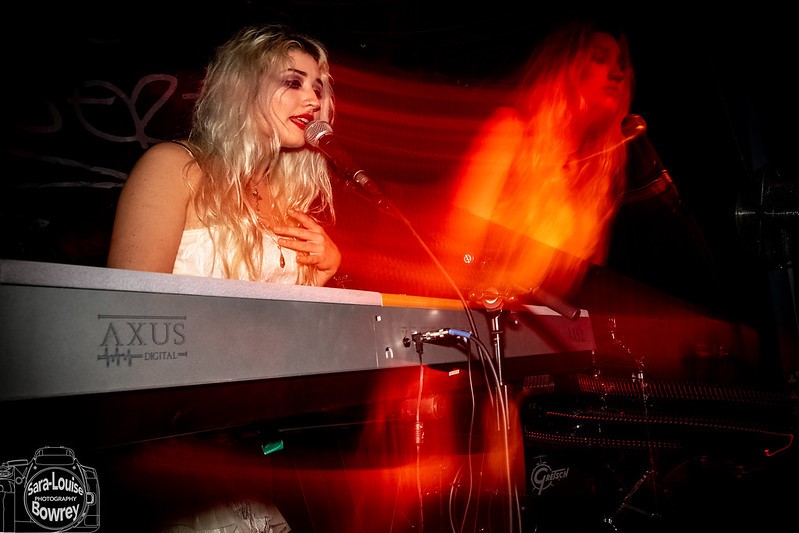 Next up were De La Chambre who this evening consisted of Lilly Maceira (vocals and keys), Harry Martin (guitar), Kieren Taylor Dixon (who I had previously encountered performing guitar/bass for Blush at the Rialto Theatre in 2018), and drummer Jack Looker (who I have seen performing several times when he was in DITZ, but he now busies himself teccing for IDLES amongst other things).

De La Chambre are a tad different from most other Brighton based outfits, as they offer up Gothic Dream Noise that haunts you in the best way possible. They played dark lullabies that waltz straight into your gut and leave you wanting more.

Lilly had set the scene prior to their set by littering the stage with plastic flowers and vines in order to set the Gothic mood. Her vocals have that forlorn Irish wanton twang of a Victorian maiden being stranded on the moors. Watching her playing her AXUS AXS2 keyboard was a delight – classically trained me thinks! Martin was seriously going for it tonight as was Jack. I swear his drumming has got even better. 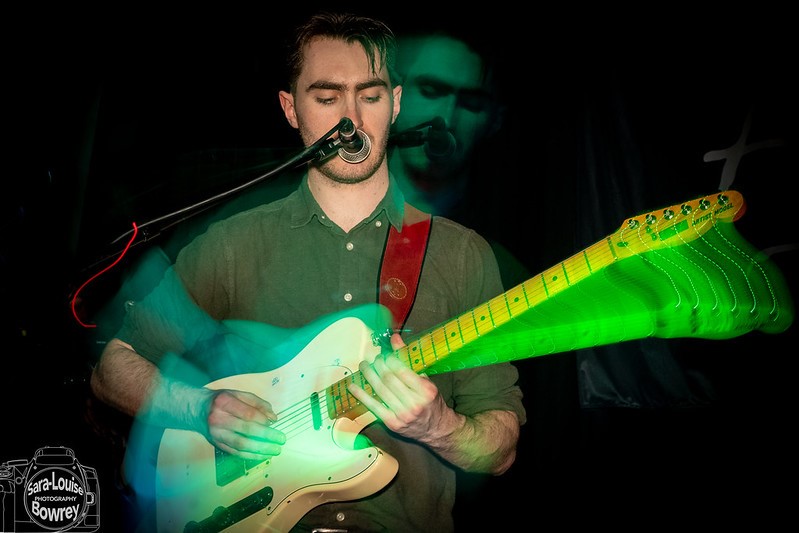 It was now the turn of Milo Dunn-Clarke (Frank) and Tim Burns (Beans) AKA Frank & Beans to grace The Prince Albert stage. The duo were joined by two guys who were videoing the performance, so hopefully we will get to see the fruits of their labour at some stage. They were certainly whizzing around the stage with their video cameras, so it has the potential to look fab.

Frank & Beans hail from Northern Ireland, where they practiced and practised from the age of 11 to 18 and then when they were old enough, based themselves here in Brighton. Sadly, they have now relocated to London, but one hopes that the record companies based there will take note.

This evening was my debut encounter with the band, despite their name being bounded about over the past year or so. Their thunder-punk guitar and drums style comes with funk infused tones and Milo was most certainly a fan of his guitar multi-effects floor processor, which gave his guitar a distinctive meaty distorted sound. Both lads can most certainly play very well, one wouldn’t expect any less from the former BIMM pupils.

They performed half a dozen numbers and the crowd loved them. I would like to have the benefit of enjoying a longer set from these guys, as they are certainly carving out a niche for themselves. 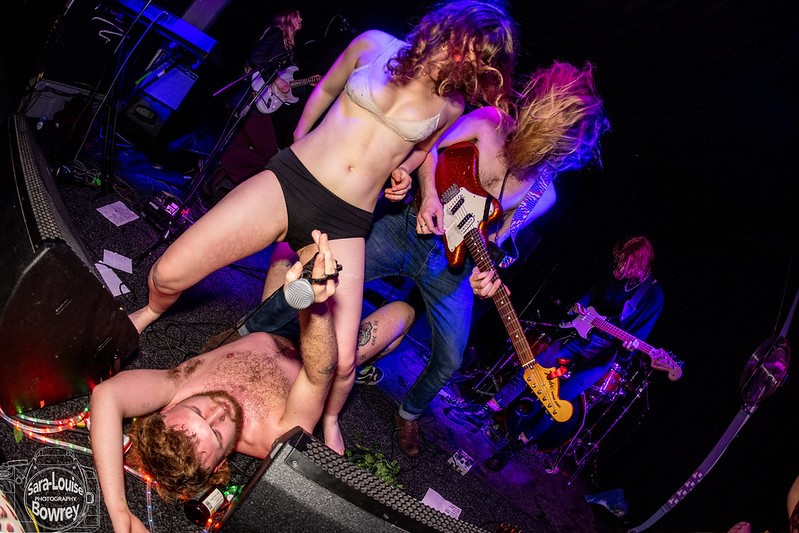 We at the Brighton & Hove News Music Team are certainly no strangers to Brighton’s most exciting sextet Wife Swap USA having witnessed them perform live on several occasions of late.

If you are rather partial to fast punk and love IDLES, Fontaines DC, and THUMPER, then Wife Swap USA are most certainly for you.

We were served 15 numbers at breakneck speed this evening. Harry as usual was stripped down to his shorts, beneath which were his designer Wife Swap USA black pants. Keyboardist Phoebe was also down to her bra and knickers, although hers were not WSU ones. A marketing opportunity here guys! 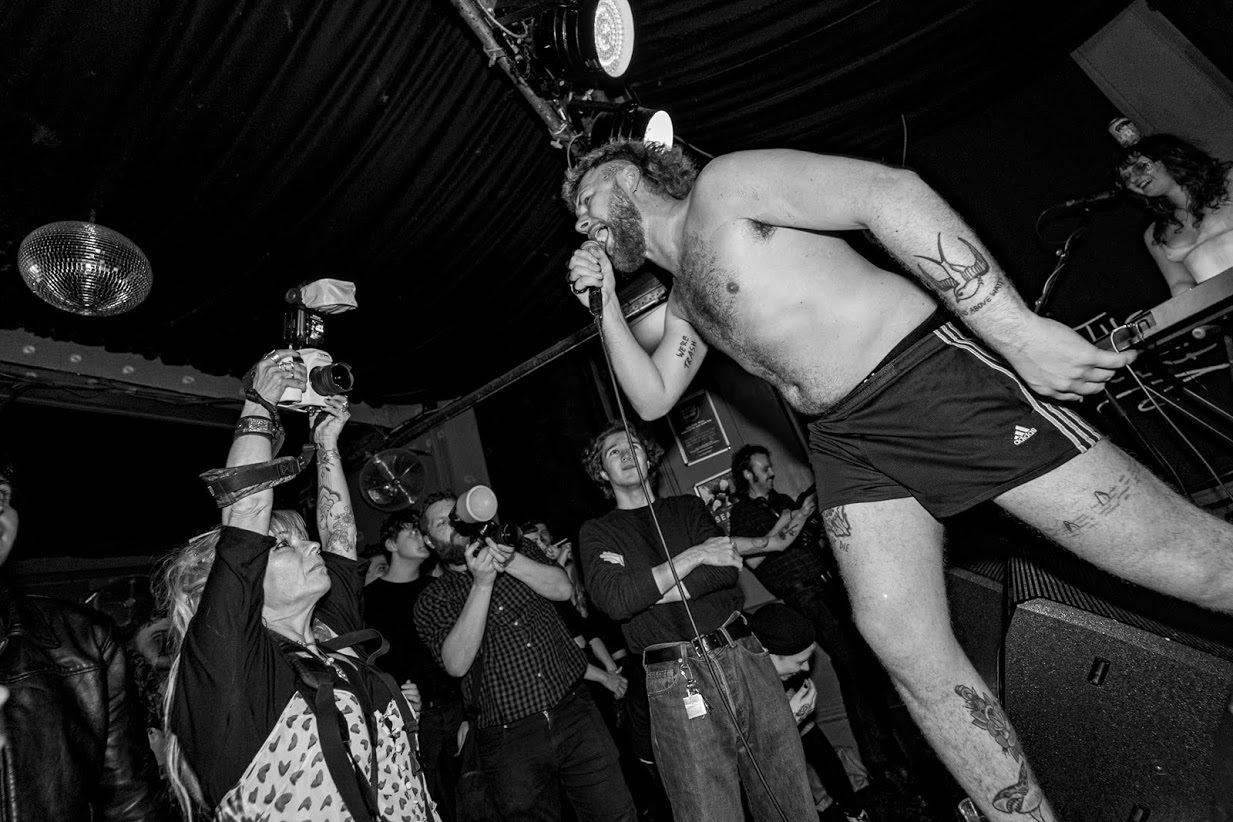 As it was a charity night, Harry brought proceedings to a halt with two songs to go and auctioned off a mysteriously absent designer WSU ‘Too Sad To W*nk’ leather jacket. I think we got to £50 as far as I can recall. Prior to that he briefly read a poem from a book and before that we were witness to ‘according to the setlist’ ‘Matt O’Riley’s Revenge’ which turned out to be Matt on vocals performing a cover of ABBA’s ‘Does Your Mother Know’.

Harry joined the crowd on several occasions and got up close and personal and the punters thrived on it. This was a perfect way to round off a successful evening for a worthy cause.

Wife Swap USA setlist:
‘Sloths On The Run Instrumental’
‘Sniffing USA’
‘I Love The Pub’
‘Snowstorm’
‘You’ve Been At The Bins’
‘Tuaca On A Stick’
‘I Don’t Wanna Work In A Bar Anymore’
‘I Wanna Play In A Punk Rock Band’
‘I Lost My Virginity’
‘Does Your Mother Know’ (ABBA cover)
‘Too Sad To W*nk’
‘Fevered Souls’
‘Lipstick’
‘Mullet Envy’
‘Cat Snake’ 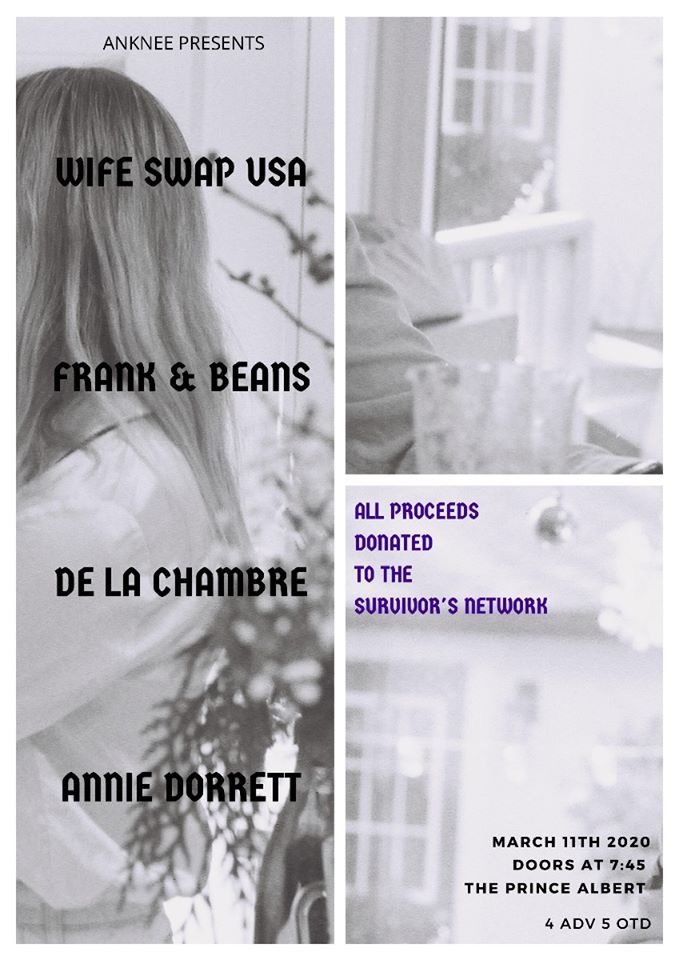 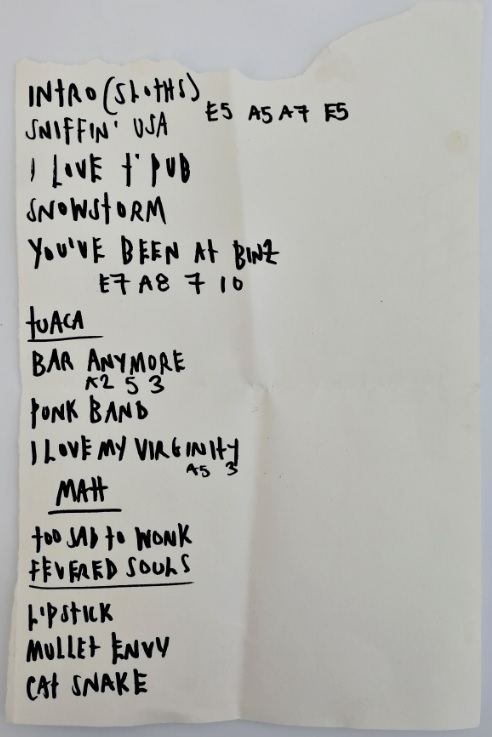 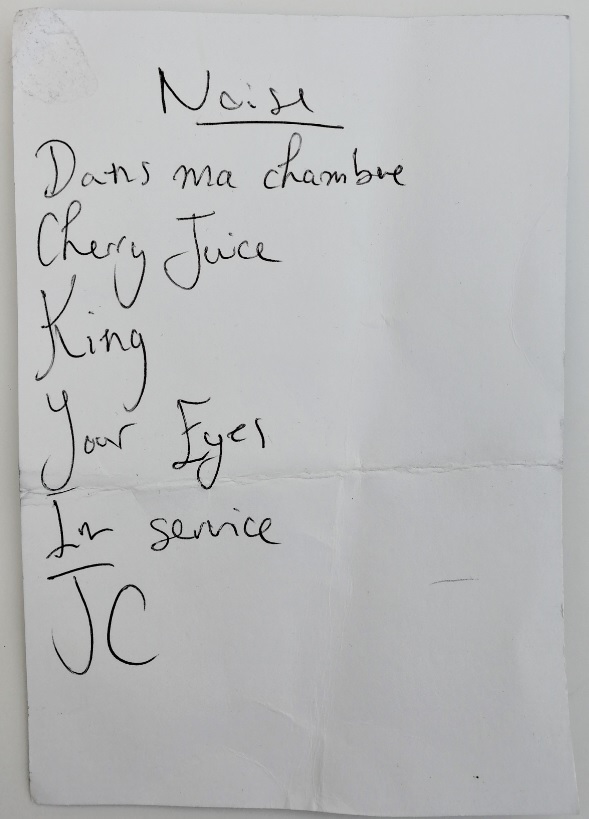