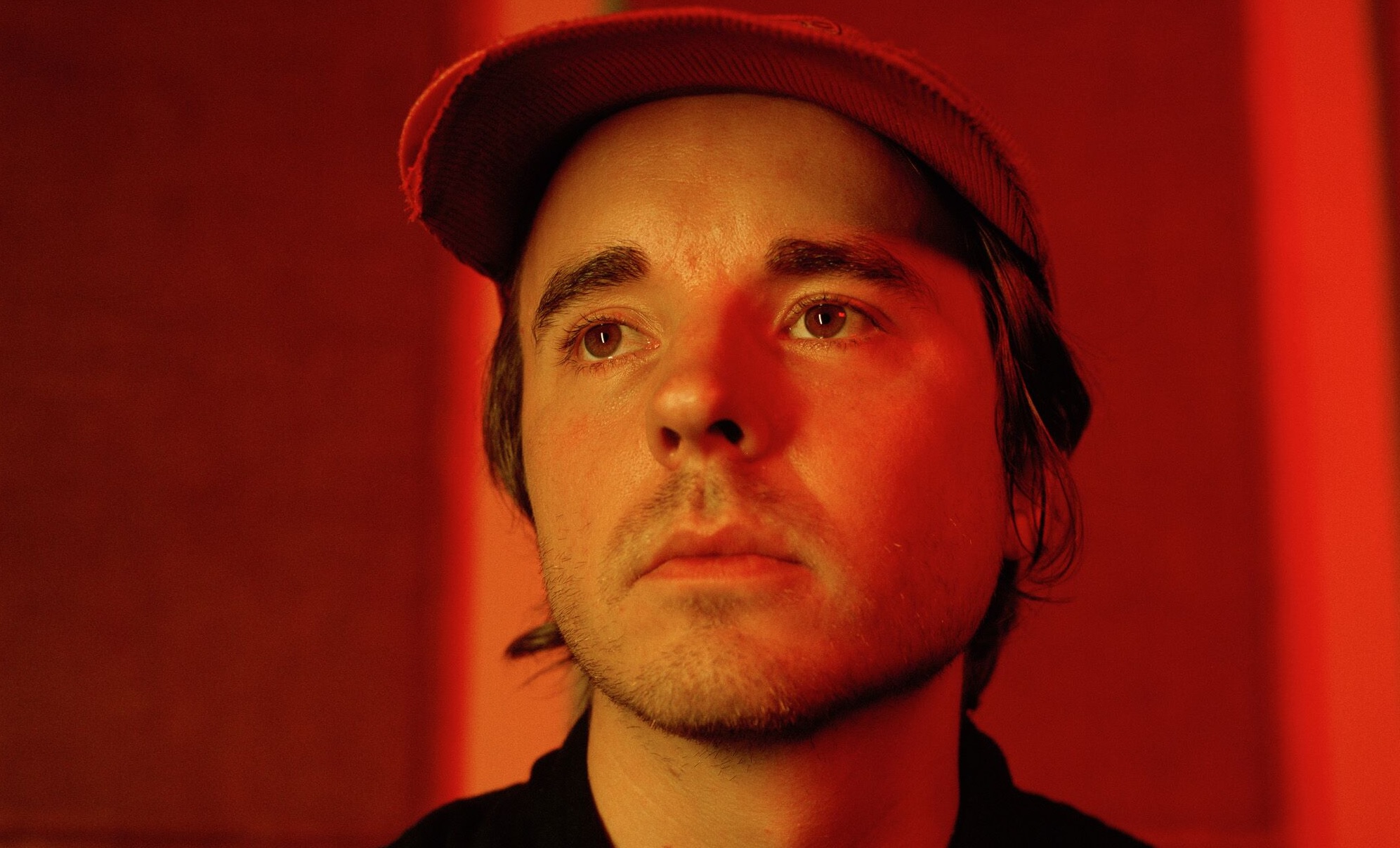 Few artists are storytellers as deft and disarmingly observational as Andy Shauf. The Toronto-based, Saskatchewan-raised musician’s songs unfold like short fiction: they’re densely layered with colourful characters and a rich emotional depth. On his new album ‘The Neon Skyline’ (out now via ANTI-), he sets a familiar scene of inviting a friend for beers on the opening title track: “I said, ‘Come to the Skyline, I’ll be washing my sins away.’ He just laughed, said ‘I’ll be late, you know how I can be.'”

The LP’s 11 interconnected tracks follow a simple plot: the narrator goes to his neighbourhood dive, finds out his ex is back in town, and she eventually shows up. While its overarching narrative is riveting, the real thrill of the album comes from how Shauf finds the humanity and humour in a typical night out and the ashes of a past relationship. 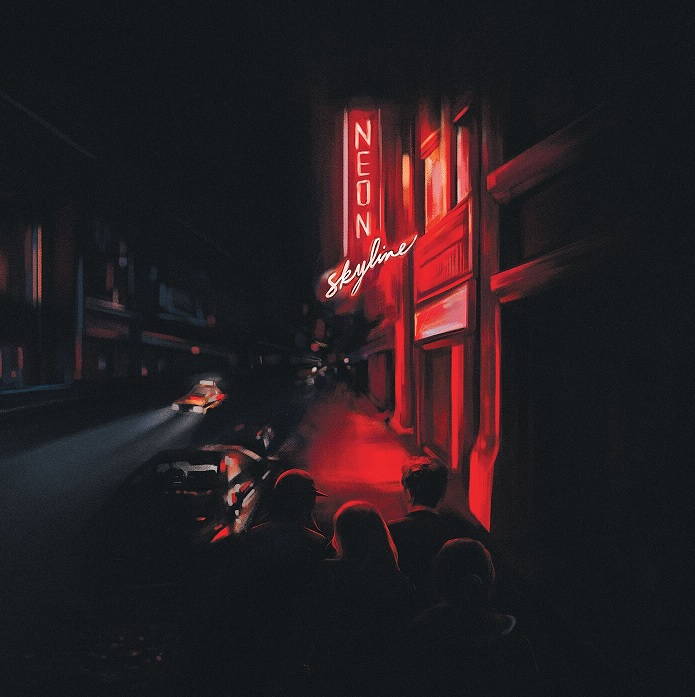 ‘The Neon’ Skyline’ – the new album from Andy Shauf

For ‘The Neon Skyline’, Shauf chose to start each composition on guitar instead of his usual piano. Happy accidents like Shauf testing out a new spring reverb pedal and experimenting with tape machines forced him to simplify how he’d arrange the tracks. Over the course of a year-and-a-half, he ended up with almost 50 songs all about the same night at the bar. Though paring down his massive body of work to a single album’s worth of material was a challenge for Shauf, the final tracklist is seamless and fully-formed. The album is densely layered with an abundance of charming moments. His characters are all sympathetic here, people who share countless inside jokes, shots, and life-or-death musings when the night gets hazy.

Shauf recently released a new video for ‘Neon Skyline’, which was directed by Colin Medley and features Shauf in his studio in Toronto. “Over the course of the last few years I’d come by and take photos and listen to whatever new songs he’d been working on,” says Medley. “Sometimes we’d go to the Skyline, but quite often we’d never leave the studio, staying up all night turning each other on to different songs. At some point Andy put up a dartboard. I guess I just tried to capture those nights and pay tribute to Parkdale, the neighbourhood where we both live.”

In support of ‘The Neon Skyline’ album release, Andy will now be appearing at the ever-popular new CHALK venue in Brighton on Thursday 3rd September 2020 instead of Sunday 22nd March due to the Coronavirus outbreak. 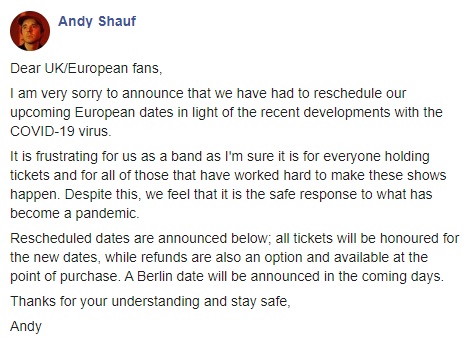 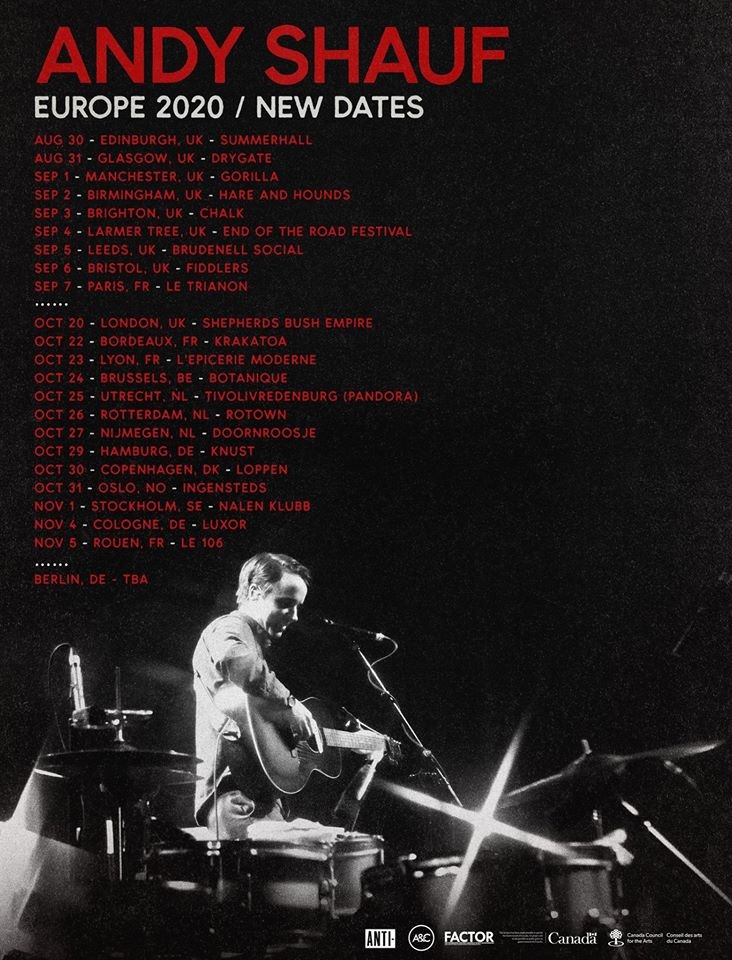 What others are saying about ‘The Neon Skyline’:

“Not many songwriters can get away with piling on the dialogue and forgoing choruses almost entirely, but Shauf draws you in with all those canny musical flourishes and maintains a hypnotic presence . . . The closer you pay attention to the breezy facade, the deeper you’re drawn into his vignette.” – Stereogum, Album of the Week

“A remarkably evolved variety of break-up album, one whose match of melodicism and bruised romanticism makes it somehow suggestive of Lou Reed’s ‘Berlin’ as re-written by Paul Simon.” – Uncut

Grab your tickets for Andy’s Brighton CHALK gig HERE or from your usual ticket agents. 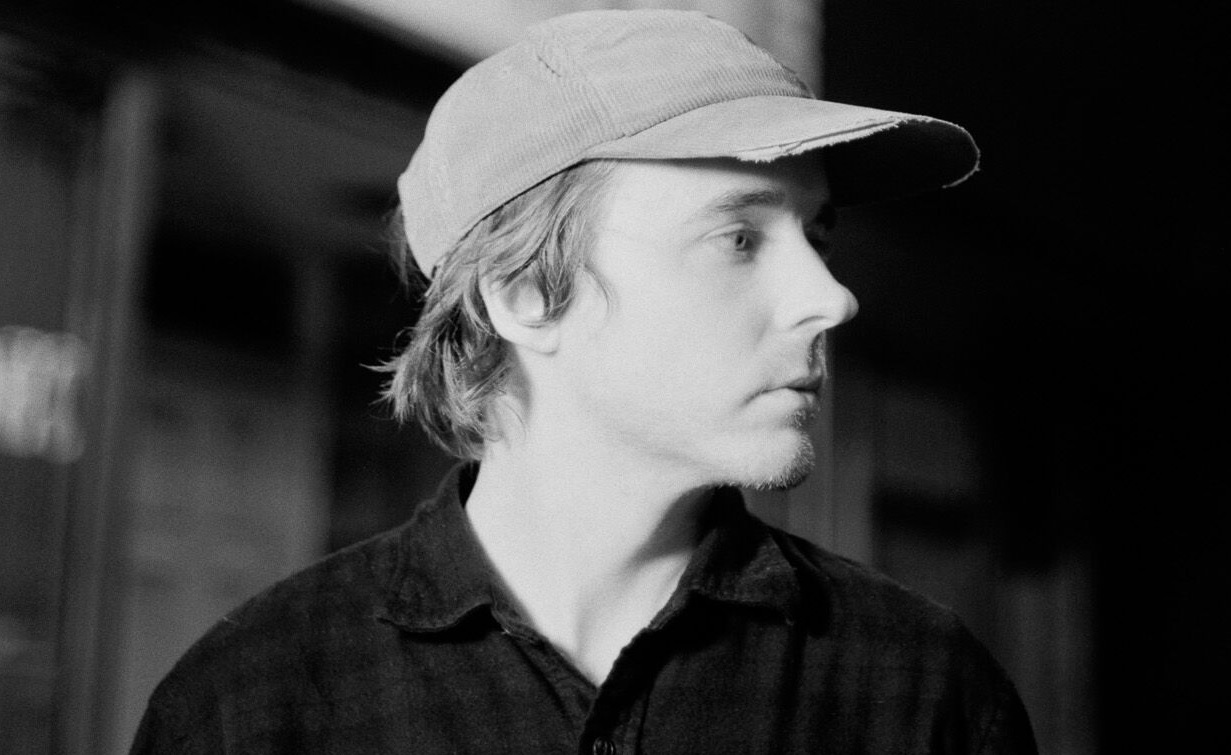