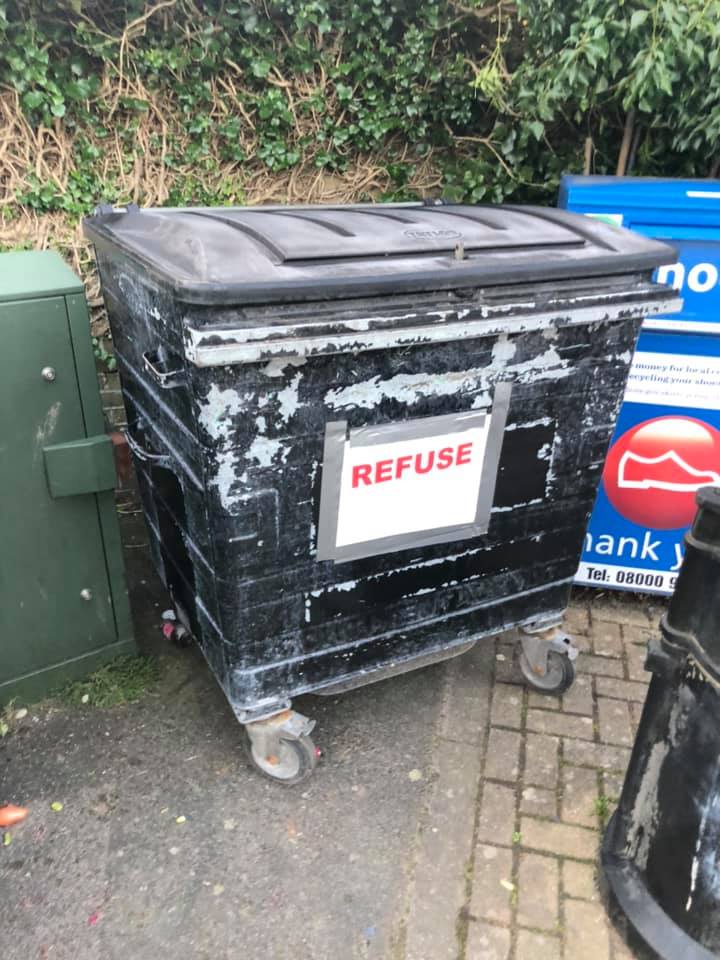 Extra rubbish bins have been put out around Brighton and Hove to help residents dispose of waste after missed Cityclean collections.

Along with workplaces across the city, Brighton and Hove City Council’s refuse collection has been hit hard by staff shortages due to coronavirus self-isolation measures.

About half of the service’s drivers and binmen are currently off, leaving the service with 100 staff able to work.

The council has advertised for more staff, and six agency drivers have already started.

It has also hired 25 binmen who are being trained and will start work this week and next.

The service has now halted recycling collections for the next three or four weeks to concentrate on rubbish collection – and 122 extra refuse bins have been put out for when ordinary bins begin to overflow.

Residents are asked not to put any recycling or garden waste in them.

One in Chalky Road opposite PACA

Two at Foredown Road near the junction with Fox Way

Three in Wayfield Avenue opposite the Martlets

One in Hangleton Way near Poplar Avenue

Three in the Sainsbury’s car park off the Hangleton Linkway

One in Applesham Avenue off West Way opposite the Grenadier

Two at the Goldstone Retail Park in Newtown Road

Three in Portland Road near the junction with School Road, outside the chemist

One in Norfolk Square

Two at the south end of The Level alongside Waterloo Place

Two at the north end of The Level alongside Union Road

Two in Elm Grove outside the Wellington Pub

Two at the bottom of Elm Grove

Four at the Withdean Stadium in the car park

Two in Dyke Road between Onslow Road and Woodruff Avenue

Two on the corner of Woodbourne Avenue and Beechwood Avenue

Five on the corner of Wilmington Way and Carden Avenue

Three in Mackie Avenue on the corner of Kenmure Avenue

Four in the Asda car park at Brighton Marina

Four in the Marine Cliff car park in Marine Drive

Three near the Co-op at Fiveways

Two in The Avenue at the Upper Bevendean Avenue end

Three in Stanmer Park by the Tea Rooms

One at Lustrells Vale near Saltdean Drive

Four in Warren Road in the Woodingdean Library car park

Can coronavirus knock a planning appeal off track?